The lies good god the lies.

originally posted by: MyToxicTash
Give it ten years and people will be cutting off their own arms to get prosthetic arms.
Cyberpunk ftw!.

I was just thinking that people would want to cut their arms of to get Alita arms. I'm running a cyberpunk 2020 game at the moment looking through my source books from 1992 and wow they really did know the future...or did the cyberpunk books/genre influence the future?.

1. ACTUAL comic fans: WHO'VE BEEN keeping up with the Marvel Cinematic Universe/Comics/Comic books in general -- WHO, NATURALLY, have followed and AWAIT the conclusion (this time around) of Avengers: Endgame.

2. SJWs -- who "rate" movies by default on how many owners of penises and vaginas were CAST into the film, and, what COLOR the OWNERS of said penises and vaginas are -- SOLELY rating and "PRAISING" MOVIES BASED UPON THE AFOREMENTIONED PREMISE/FORMULA. They will LITERALLY f##cking sit/sift through an entire movie, "critiquing" about how THAT white male actor, ISN'T a female, Muslim, non-binary pansexual, mountain goat panda, with a fetish for red hair dye, and College campuses.
edit on 6-3-2019 by Kromlech because: (no reason given)

Since it's so misogynist.

posted on Mar, 8 2019 @ 11:44 PM
link
Have any of the members of ATS that have made comments about the movie actually seen the movie yet ( haha)


First let me say I didnt think the acting in it was bad. I dont see how people can not view this movie as a continuation of infinity wars, as opposed to a stand alone movie. It is labeled an origin's story but yet I came away knowing very little about Carol Denver and more about Veers (whomn she basically discards at the end of the movie) so its like why care about Veers??

near the end where the show a montage of Carol and what makes "Carol" strong that was the part that made me connect because what are the directors of the Marvel Universe movies saying that the human side is what makes people connect with Super Heroes. But through out most of the movie we didnt get to see any of Carol's past. And especially in this "climate" we are currently in we could have seen men giving her a hard time trying to be a pilot or trying to play sports over coming some typ eof adversity.

which leads to my last point: the only part I will give a compliment to is hiding Captain Marvels Omni power, Demi god like power I dont know what you want to call it. but hiding that till the last part of the movie to make it where your not thinking she could wreck everybody in two seconds. (good job) I dont see Captain Marvels comic book story line or who villians are for her. But I dont see how she can have another movie when she is this strong.

Saw it last night online. It was the worse mcu movie. She had no personality even herfunny side was forced.
I think people are going to be pissed if she turns up in end game and saves the day.

posted on Mar, 9 2019 @ 03:32 AM
link
It wasn't as bad as some made it out to be, wasn't great either little slow at points. But I'm, not a fanboy either. First Marvel character I know nothing about, never read in comics so that was maybe some of it. Larson does an okay job and I did like seeing Fury and Coulson. Sadly do think some of the negative reviews were just blasting Brie Larson because nobody has learned when somebody says crap like that just ignore them. But then again I don't live or die on any of the MCU, SW or DC movies either its just entertainment to get lost in for a couple of hours.

That said LOL the one thing that was true LOL and because it was pointed out made me giggle every time, Captain Marvel cant run LOL, every time it looks when a three old is trying to pretend to be seriously running LOL.
edit on 9-3-2019 by putnam6 because: (no reason given)

Thats why she had this movie So in Endgame you are not who the F is this? when she basically saves the day

originally posted by: American-philosopher
a reply to: Lysergic

Although she's done it multiple times in the comics.

Then she joins the x-men as Xavier attempts to help her.
🤓🤓🤓

TBH Rogue kills a lot of them / absorb their powers... 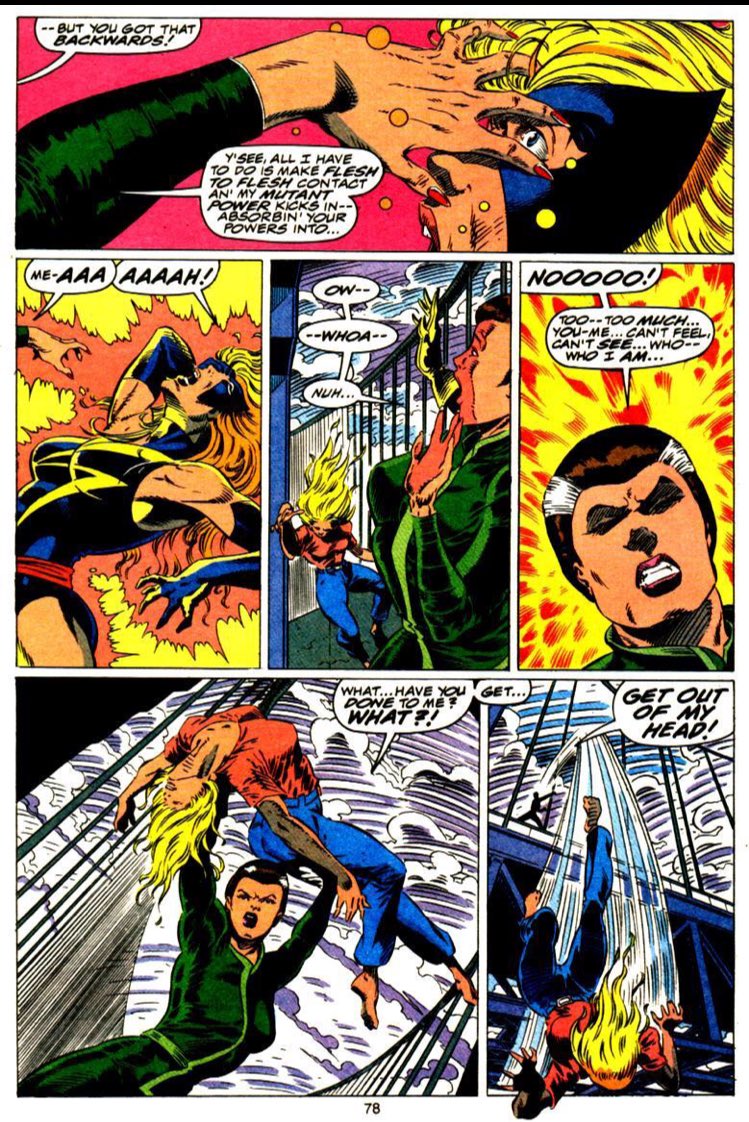 But lets be real, Magneto could kill them all.
edit on 9-3-2019 by Lysergic because: (no reason given)

posted on Mar, 9 2019 @ 04:47 PM
link
I was mentioning this to a friend of mine. That I think in the post credits scene in Captain Marvel they should allude or hint at what could be next after Thanos for the MCU. I mean we have had what, ten years of this build up to get this point. Whats going to be next after Endgame assuming this ends the loop with Thanos and the infinity Stones.

Totally not watching this movie.

I know there is a lot of hoop la about this being some feminist movie. but there is no feminist propaganda in the movie that I saw. Except some random biker dude that says to Brie, "You should smile more" Sorry Id idnt catch any of the feminist stuff in there. I might have missed it though.