the greek gods are real!

Therefore, the greek gods must be real!

posted on Jan, 31 2014 @ 12:00 AM
link
Not arguing with you, just trying to understand the line of thought.
Old sunken ships have been found, therefore according to your thinking Davy Jones in its "pirates" version must be real too?

I for one would not mind if the Greek gods were real, the were truly bad@ss


I believe in the greek myths happened, but it was a real long time ago that now they seem like magical fables.


I believe they were formed as a way to explain the word and its activity at the time. Some 'characters' would be based on real people of the time who showed great skill. Such as a Warrior etc. Good example like the Siege of Troy which many theorize that it was for a considerable amount of time 'undefeatable' Until the Greeks sacked the city. If an act deem unbelievable such as the sacking of Troy many people back then would account to prove why. This tends to happen today when someone is glorified beyond what they actually did and be seen as God like or under 'Some Gods Protection'.

Most of the Greek faith in the Gods went hand in hand with their philosophy and scientific understanding at the time. When there would be an event that couldn't be explained by their science or wisdom, the Gods would fill the spot nicely.

I am a Discordian. Eris is my goddess, she's not always happy about it (especially when I listen to talk radio at obnoxious volumes) but she enjoys the attention. Chaos is the essence of life, man, dig?

If you're interested you can find her story (and some great recipes) in the book Principia Discordia or How I Found Goddess and What I Did to Her When I Found Her written and un-directed by Omar Khayyam Ravenhurst.

Discordians are a droll bunch, its true but we also enjoy our philosophy.

posted on Jan, 31 2014 @ 01:18 AM
link
their story is very interesting, as is all myth.
it all ends up being relative to primitive human nature though.
we are more complex now, but the further you go back, the more affect our nature had on the world.
Everything we did was a big deal, words accounted for the full embodiment of its meaning back then, rather than an accurate description of something that many other things account for like it is now.

it is not surprising to relate such a huge course of action to the gods.

edit: also, i don't necessarily believe in their gods, but I certainly believe in a lot of what they accounted for. the things they represented are all pretty much true things. or at the very least have meaning in their names and grandeur.
The gods simply represented the actions and relationships humans had back then because it was such a huge deal, such a big thing. As if it were beyond them, it was too perfect, too massive a scale for them to believe it was just them.
edit on 01/24/14 by Jarring because: (no reason given)

stormson
Using the Christian method of historical places support the truth of the bible, I submit that the epics of Homer are real because we found Troy, and showed the war happened.

Therefore, the greek gods must be real!

Unfortunately, so far the posters before me didn't. I don't think they understand your point.


Just because we have found the remains of ancient Troy does not mean any and all history pertaining to the place should be considered verbatim.

posted on Jan, 31 2014 @ 05:52 AM
link
I think that there was some strange and crazy stuff happened a long time ago and it included something resembling the Greek gods . The Bible does touch a bit on it but doesn't give a lot of details .Interesting subject to ponder at times .Just the subject of Giants outside of the Bible is very interesting .Most cultures have similar stories of giants and dragons and art work that shows Dino's ...There has to be something to it but it's really hard to say what the details are....peace

posted on Jan, 31 2014 @ 06:00 AM
link
Schliemann's identification of Hisarlik as Troy is not without its critics.

Personally I'm unconvinced it's Troy. There's just too many problems. But it's very very good news for the local tourist board to name it so.

posted on Jan, 31 2014 @ 08:15 AM
link
I think some of them may have been real. The god Apollo is one that I feel was a real person. He may have been glorified and stretched out of shape by people but I feel that there was an Apollo. other religions make reference to Apollo also. I don't know about his sister though, her name seems to change in different religions. Hermes may have been real also, the sort of head of commerce in an ancient culture. Maybe these gods were just elite rulers long ago. I guess that unless some undisputable accepted evidence shows up we will not know.

I also think that god in the garden of Eden may have been a real person long ago. This tale is way older than the bible. Of course they did glorify it a little to form religions from it. Was this god in flesh? Maybe it was the spirit of god in a person, whether he was someone we would now call modern human by definition I do not know. 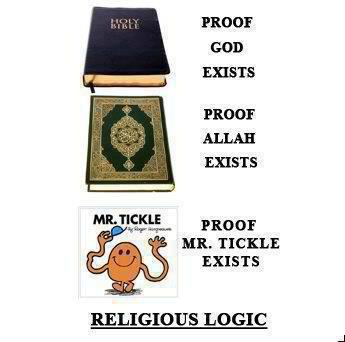 So with Christian's logic, Achilles, Zeus, Apollo, Helen, etc were all real.

posted on Jan, 31 2014 @ 11:41 AM
link
So are you contacting the Freedom from Religion folks to begin their campaigns to get the Iliad and The Odyssey and all studies of Greek myths removed from public school curricula? After all, how dare they cram religion down our children's throats with our tax dollars!

ketsuko
So are you contacting the Freedom from Religion folks to begin their campaigns to get the Iliad and The Odyssey and all studies of Greek myths removed from public school curricula? After all, how dare they cram religion down our children's throats with our tax dollars!

Actually Greek Mythology is not a religion. It's considered what it is, a myth.

Schools don't tell kids to believe Zeus is real or that Achilles roamed the Earth.

Christianity on the other hand...

ketsuko
So are you contacting the Freedom from Religion folks to begin their campaigns to get the Iliad and The Odyssey and all studies of Greek myths removed from public school curricula? After all, how dare they cram religion down our children's throats with our tax dollars!

Yeah, we will do that WHEN they try to teach and inject Zeus lighting what gave fire to cave man in science class. Until then, we will go after the religion that IS doing that.


ketsuko
So are you contacting the Freedom from Religion folks to begin their campaigns to get the Iliad and The Odyssey and all studies of Greek myths removed from public school curricula? After all, how dare they cram religion down our children's throats with our tax dollars!

Actually Greek Mythology is not a religion. It's considered what it is, a myth.

Schools don't tell kids to believe Zeus is real or that Achilles roamed the Earth.

Christianity on the other hand...

You need to be careful discounting Greek mythology as non-religious. There are many paths that still revere the Greek pantheon (alongside the Roman counterparts, usually) and it is every bit a religion with deep lore that predates Christianity.

The difference is that those books (The Odyssey, Iliad, etc) aren't religious doctrines; they are basically fan fiction. It's like the Screwtape Letters or Dante's Inferno like the Christians have.