posted on Sep, 22 2013 @ 03:27 PM
link
Just another rock I`m sure,but it sure caught NASA`s attention they got a nice close up picture of it.
The picture was taken with the mars rover chemcam.

I don`t know what to make of that.

posted on Sep, 22 2013 @ 03:38 PM
link
Looks to me that them rocks around the black one looked to be rounded by water. I just find that what they
do show you is 5% of what they actually do know.

Check up on Mar's One!
Less then 10yrs Man might just be on Mar's.

Looks to me that them rocks around the black one looked to be rounded by water.

To be rounded by water would require them to have been tumbling a very great distance, depending on their composition, If, as I suspect from what could be told by the other lousy images of the pebbles from earlier images, those pebbles are of a metamorphic nature, then something is very amiss, as Mars has supposedly had no processes occurring to bring metamorphic rock to the surface. Looking at many Earth pebbles, they appear to have shapes and compositions that suggest formation by electrical processes, an electromagnetic pulse shock metamorphosis, as can be produced by lightning, as opposed to metamorphosis occurring hundreds of kilometres below the surface, and then somehow being transported to the surface.


I just find that what they do show you is 5% of what they actually do know. 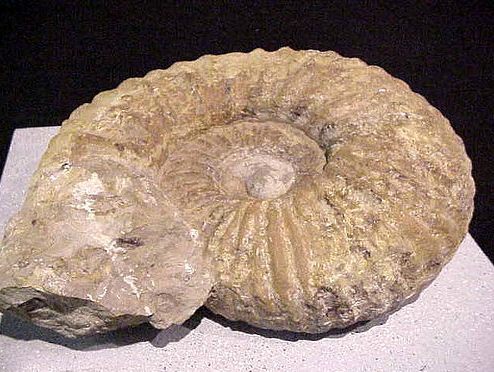 
I was being nice with the 5%, somehow stuff get's out to us from time to time!

Pretty good on the rock concept. Here one for you found on Earth: My background pic, Some said my mind was playing tricks on me and that it was only sediment!

How do you add pic to your library anyway?

I looked at the picture and only saw the rounded rocks next to the black one so had to go with that first
though! I try I really do.

Try to hard and you miss the point, learn the hard way I do. Only when I do I learn!

posted on Sep, 22 2013 @ 04:43 PM
link
Can u really. believe what they r saying it is with everything we was told as kids the truth is comming out now about it and i have a feeling they will end up doing the same with the things they say now but if not its a cool pic

posted on Sep, 22 2013 @ 05:18 PM
link
I looked for more information about the chemcam and that circle that the chemcam picture takes is 6 cm across ( 2.36 inches).
That rock is extremely small (less than half an inch),now I`m wondering if that is a fossilized bug in that rock? or a fossilized seed with roots?

1. ChemCam fires a laser (solid green line) in a series of pulses at a target (rock or soil). ChemCam’s laser is powerful, but it is still invisible to the human eye. The green color of the laser depicted above is for illustrative purposes.

2. Electrons within the target become excited and emit light. The resulting flash of light is clearly visible to the human eye.

3. ChemCam receives this light (dashed green line) with a built-in telescope and it is sent down an optical fiber to the body of the rover. A spectrometer “reads” the light and identifies the types of atoms within the target. ChemCam will be able to distinguish different elements because each chemical element has its own unique “fingerprint.” Sparks from different elements and rock types also have their own color (Figure 2). Knowing which atoms are present in the target rock tells ChemCam scientists its composition.

Just another rock I`m sure,but it sure caught NASA`s attention they got a nice close up picture of it.
The picture was taken with the mars rover chemcam.

Interesting observation! That one definitely got my attention, but I'm not so sure whether it caught the attention of anyone at NASA/JPL, even if they actually 'saw' it. Did they even target it with ChemCam or were they rather aiming for the salt-cracks? Not sure about that, but I would be very surprised if we'd actually get more details on something like this ... let's wait & see!


They took four pictures of this spot over a 20 minute time frame.The pictures were taken on SOL 193 which was awhile ago and we haven`t heard anything about it,so I agree we probably won`t hear anything about it now.

LadyLurker
Can u really. believe what they r saying

I dunno, probably. Why not. It's not like mars is going to sneak up and eat your vegie patch if they told you the truth. I mean, the truth. It's really a big space blob? Or teaming with sinister werewolves and the moon was a hoax all along?

Is it? What truth? Now? As kids? I was told mars is a planet. It's still a planet. But over time we've learnt more about it, by doing sciency stuff. Hmm, not sure if I've been told something different that was a truth before, but is now a lie, and what is now the truth was once unimaginable.

If you want to believe they lied, it's not hard to make it up to do so, I guess...

I hope that we learn new things. It's the whole point. We're not sending probes to other planets to go "Oh yeah we were right. that's all it is." but to learn about it. Exploring. Searching. Investigating.

If you spend your entire life doing that and come away from it with nothing to show for it, then you are doing something a bit wrong. That shoulnd't prevent you from trying, but it should shape your endeavours.

but it seems that as soon as something appears, peoplg run in circles going "I DUNNO WOT IT IS I DUNNO WOT IT IS!!" and think they've discovered something amazing and that because they have no clue, that no one does, and that we're all being lied to, because it looks 'cool'.

There are things on this planet as old as time, that would drop your jaw. and Nasa didn't do it.

Okay, tried the links I do not see the rock anymore!

Someone care to blow up the picture so we can tear this thing apart?

posted on Sep, 22 2013 @ 06:39 PM
link
reply to post by Tardacus
zoom crop abuse pic with all filters known to man.i dont think the result was worth it.

These are the 4 raw images from the nasa site:

Where did the rock go?
Could not find it on the link,
They must have taken it off?

Rikku
reply to post by Tardacus
zoom crop abuse pic with all filters known to man.i dont think the result was worth it.

Care to share your time in zoom crop pic's?
I'll give you the other 500 Thank You's!

Then it would be worth it!
Sorry
Still have trouble copy and pasting, seems computer's were not in the school while growing up yet!

posted on Sep, 23 2013 @ 02:52 AM
link
The area imaged can be found in this Mastcam image, slightly below centre: mars.jpl.nasa.gov... Notice the relative size of the instrument turret seen in the top left corner. The objects imaged by the Chemcam are tiny, in size range of a few millimeters.

By the way, here's a mosaic of those Chemcam images: www.flickr.com... 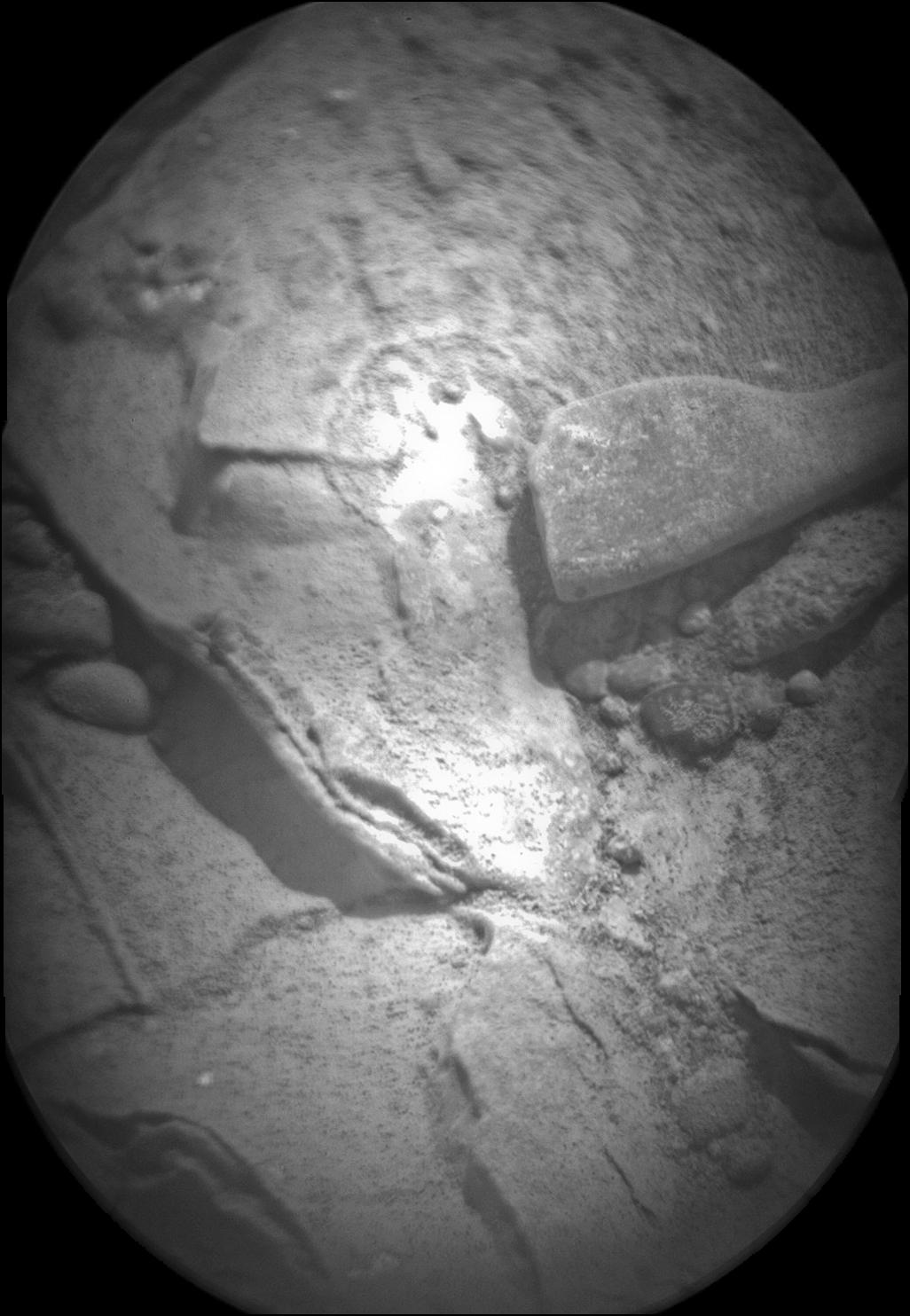 Here it is colourised using colour information from the Mastcam image: 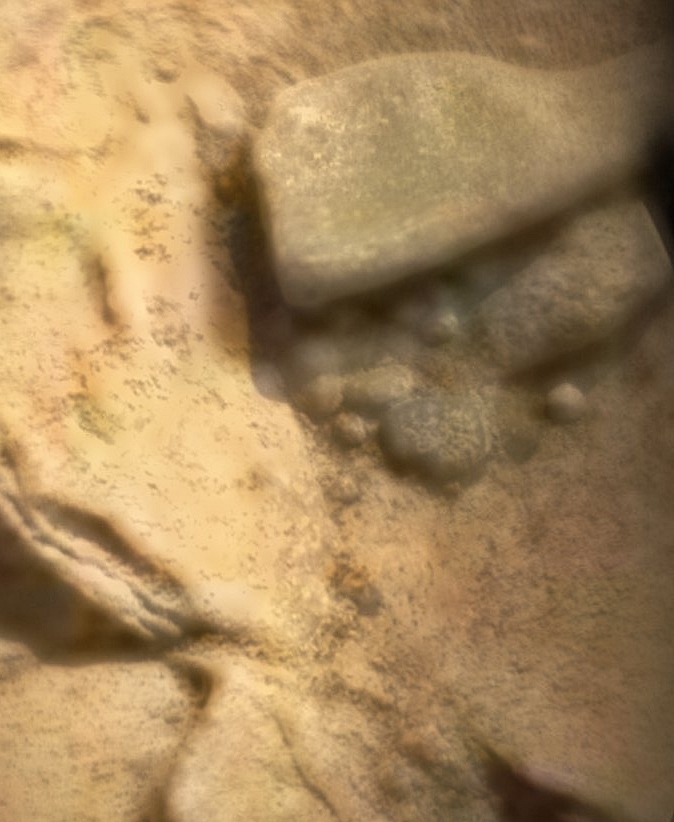 Indeed, it's an interesting object.
edit on 23-9-2013 by wildespace because: (no reason given)

Whats so interesting about this rock? Why are so many of you amazed with its existence?

Are you lot looking at other pictures to that in the OP??? I cant see anything apart from a small stone/rock, surrounded by 6 other small rocks/stones.