Sry if this has been posted I did not see it. 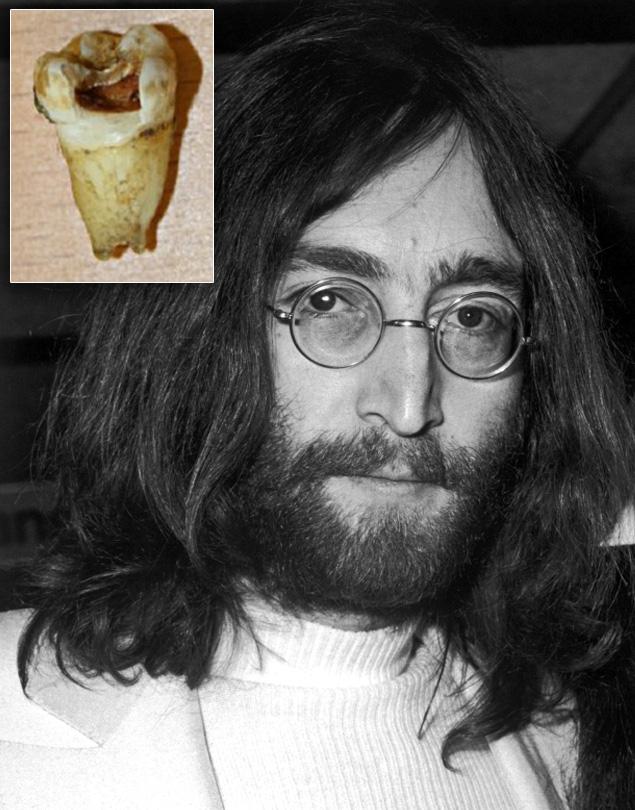 A Canadian dentist is hoping to clone John Lennon from one of his rotten molars he bought at an auction for $30,000.

He says he has already begun sequencing the DNA, but he will not clone him in any country where it is illegal.

The rotten tooth was passed down to his housekeeper in the mid 60s and had been in the family every since.

"Many Beatles fans remember where they were when they heard John Lennon was shot. I hope they also live to hear the day he was given another chance," Zuk said. The tooth has already been couriered to an unnamed US lab where scientists are "considering ways to extract [its] genetic code". "I am nervous and excited at the possibility that we will be able to fully sequence John Lennon's DNA," Zuk said. "With researchers working on ways to clone mammoths, the same technology certainly could make human cloning a reality."

It seems like this guy thinks if it works it will actually be John Lennon because he says "To say I had a small part in bringing back one of rock's greatest stars would be mind-blowing,"

Im not sure what country's human cloning is legal in, but I gotta say I'm all for it and I hope he can do it .

He says he also has one of Elvis Presley teeth..

He could try to clone the king and the walrus that would be pretty cool
www.theguardian.com...

posted on Aug, 23 2013 @ 12:27 AM
link
Im all for clones.
The future will be a freak show.
Something like a cross between Judge Dredd, Bladerunner and Planet of the Apes. Bring the future on.

No seriously, this is a bad idea.
We can clone a body but we can't clone a soul and individual lifetime experiences which mold us into being what we are.

Originally posted by sonnny1
One whole Basketball team of Michael Jordans would be cool to watch!

posted on Aug, 23 2013 @ 01:01 AM
link
dont ppl know you cannot make a copy of yourself, sure physically but it will never mentally be the same

all this fuss about cloning, bah

Look, Im all for advances in science, break throughs, and amazing feats of bioengineering. But do we really have to have John Lennon: Take two? To be quite frank, I am happy the over rated moron died before I was born. Mind you, perhaps this abomination would be a more genuine person, less inclined to vast hypocrisy. That would be a positive.


This is very scary.What will happen if they find Hitkler molar and clone him?

It could cause Nazi's to rise and seize power and cause a huge world war with nukes flying.

If one hitler is cloned they could easily clone 10 or a 100 million hitlers.

Cranking them out from the conveyer belt bathtubs.

Just imagine a 100 million hitler clone army on the rampage killing everything in sight.

This could be the start of the Aryan rise to absolute power fueled by 50 million clones of hitler.

How can we save ourselves from this nazi menace?

i am very scared and frightened.my children are only 5 years old.


If they cloned Hitler a few million times, that would be a field day for me! I would take all the sharp implements I own, and make it my personal mission to finally answer the question "Which does TrueBrit prefer. Killing short arse Nazis with a machete or a bowie knife, or a series of well flung lock knives?".

Hitler himself was a gonadically challenged whimp.