GOP lawmaker: House has votes to impeach Obama ‘tomorrow,’ however

GOP Rep. Blake Farenthold (Texas) said House Republicans have enough votes to impeach President Obama, but warned the effort to remove him from office would be unsuccessful and could damage the country.

“If we were to impeach the president tomorrow, you could probably get the votes in the House of Representatives to do it,” Farenthold said at an Aug. 10 town-hall meeting.

In a video of the event, Farenthold is shown responding to a constituent who asked if he would support an investigation into whether Obama forged his birth certificate.

Farenthold initially expressed regret that Congress did not more closely examine Obama’s eligibility for the presidency during the 2008 campaign, and then sought to explain why Republicans had not pursued impeachment.

The Texas lawmaker said the country would be harmed if the House voted to impeach Obama but the Democratic-controlled Senate failed to remove him from office.

Farenthold is the latest GOP lawmaker to draw attention for questioning the president’s citizenship.

Last week, Rep. Markwayne Mullin (R-Okla.) told a constituent that he had doubts about the president’s citizenship but that a probe into the matter was not politically possible.

Rep. Ted Yoho (R-Fla.) told a constituent on Aug. 3 that he would support a bill calling for an investigation into whether Obama’s birth certificate was forged.


While i would love nothing more to see Obama impeached it doesn't mean what it use to.

Clinton was impeached, and it was like no big deal as much as I hate to say this the GOP has better things to spend their time on other than an exercise in futility.

Well yes, it's not going to happen, it would do to much damage, he must not fail.

posted on Aug, 12 2013 @ 01:51 PM
link
I think even impeaching doesn´t result Obama´s resignation and he is found innocent, it matters to people. There is a lot foul play and what US needs is transparency instead of cover ups.

posted on Aug, 12 2013 @ 01:59 PM
link
impeach him. If our society can't survive the exercise of its law without self destructing then it has no hope of surviving even 100 more years.

If his actions are impeachable then he must be impeached . If not someone worse will become along and do worse by his impunity.

when the rule of law fails to apply to the authority of the land then the entire reason for law is revoked in the eyes of the governed and so is all authority rendered invalid. That is much worse of a failure. its either one man or the whole country. Who is going to fail?

The man has been elected TWICE!

The issue has been looked at more times than Palin winks at herself in the mirror..

“Insanity: doing the same thing over and over again and expecting different results.”
Albert Einstein

Originally posted by Stormdancer777
reply to post by neo96


Well yes, it's not going to happen, it would do to much damage, he must not fail.

Correct me if I'm wrong, but isn't he already failing? And failing in spades.

I can understand the damage this might do, but isn't the damage already being done with him staying on the throne worse than what might come if he is impeached?

Assume that Obama is impeached. The case goes to the Senate, where he is not convicted (I assume). What does that do to the Senators who are running for re-election who vote not to convict? Help? Hurt?

Second question. What does Al Sharpton and Jesse Jackson do with an impeachment? I suppose they call it a racial attack. Would that stir up riots, or would it fall as flat as the Zimmerman - Martin protests?

Third question. Do impeachment proceedings make it easier for the House to call witnesses and subpoena evidence? If it does, impeachment might be worthwhile just to get more facts out to the public.

P.s. There's more than enough to impeach him without using his birth as an issue. He's done more than Nixon was impeached for. But if the House could use the proceedings to force out evidence, that might resolve things in everyone's minds.
edit on 12-8-2013 by charles1952 because: Add P.s.


If the means to impeach Obama are viable; DO IT!!!

But please for the love of God stop the continual whining!!

And along the way we have all forgotten the words "We the people" actually means something. I'll bet someone wants to jail me for saying that as they read my post.

Let the President be. He was elected twice. If people are so worried about this, in this next election do some damn research on EVERYONE you elect.


I don't know where you have been, but he has already failed.

He failed on foreign policy. He divided this country. His failures have resulted in so many problems on so many levels It will take decades to fix. If it ever gets fixed at all.

His policies have created massive unemployment, or underemployment. He should be known as the part time president. What a useless tool.

America was ready, Hell I was ready for our first black president. We just so happened to have picked the wrong one. Now we must pay the price, and I'm afraid the cost will be high.

Good luck America this pos is taking you down.(regrettably).


Stop biting chew that sucker off.

Our president is the biggest failure as a president in US history. Get used to it cuz we still got three more years of this bullsnip.. Where will you be in three years. Think we've seen the worst of it? Get real because the worst is yet to come.

posted on Aug, 12 2013 @ 02:31 PM
link
What I feel most people keep saying about the birther issue is, We push the issue but it will only go up one ladder before it stops. What they don't say is, if they do it, it'll be more public. Seems like most politicians aren't in on the scheme but rather are afraid to be labeled because they aren't open minded enough to believe.

The man has been elected TWICE!

The issue has been looked at more times than Palin winks at herself in the mirror..

“Insanity: doing the same thing over and over again and expecting different results.”
Albert Einstein 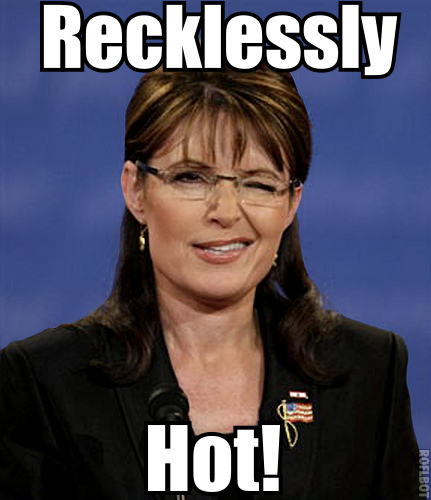 But you can impeach it.