One man's trash is another's gold: Detroit. 1,419 square foot, 2 bathroom home with trees in the f

posted on Jul, 21 2013 @ 11:38 AM
link
Yup! In a city I live where a 1 bed apartment is is $1,200/m and a typical crappy 400 sq foot condo will cost you 1 million dollars, I think I've found the answer to my prayers. Ok, maybe I will never move there, but I can't see Detroit being bankrupt forever. Possibilities? Hmmmmmm, time to invest? 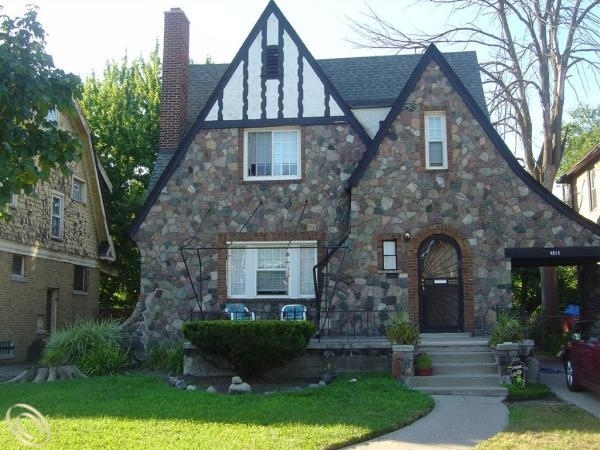 
these prices for rent or sale?


I believe that would be for SALE brotha!

posted on Jul, 21 2013 @ 11:47 AM
link
If anyone does consider buying there I would look at this link and decide how safe the area is your looking into.

Also according to statistics the unemployment rate is getting better than it was in 2009 when it peaked at 25%. It is now at 16.3% since May. Not great but obviously improving.


I bet the housing prices in Fallujah are really low, too. That doesn’t mean I want to live there.

When you need a flack-jacket and armored vehicle to go to work, you’ve got to ask yourself, “Is this REALLY a good deal?”


Couple that with the fact that there are very few jobs in the area....

There is a reason people left. If you had a bunch of disposable income this might be a good investment but I certainly wouldn't want to live there. Then again, I'm a country boy. The neighbors probably wouldn't like my 4 wheelers and gun fire.


Slim to none that I would relocate, but a nice second home for rental could be an option. In 20 years or less, flip. Who knows what the market will be like then
edit on 21-7-2013 by FlySolo because: spelled good instead of could ? Something's on my mind


Go to work? In Detroit? Where will you do that? The wonderful liberal government there chased most of the businesses away.

I've got more than enough equity in my home to make a really good down payment on a new one when I sell it but I've been thinking of using it to buy a distressed property outright and forego the debt and interest of a mortgage.

I've been researching distressed homes I could buy for about 1/3rd of actual value if the home was in good shape.
The land and houses are variable but some look like a real steal. Then you look at the attached debt and taxes and it's not so great.

Of course these are not in Detroit but it might be a good idea to look at the costs other than a low price.


There are still some very nice neighborhoods in Detroit.....that isn't one of them. Most of the City is pretty run down to say the least. The ones that are nice are either pretty much gated communities on the Riverfront or pay for their own 24 hour security force that patrols the neighborhood. Either way, they have pretty much isolated themselves from the City proper that way.

Originally posted by Rochester
reply to post by FlySolo


WOW! Those aren’t good odds. As a parent, I’d also be interested in the educational system in that area. I’m sure it’s terrible, too.

I have a good buddy who lives in Warren, MI. He commutes to Detroit for his job (cop at GM). He has told me enough about the area to know that it’s no place for me and my family.

I do see a chance that D-Town can rebound in the next 10-20 years provided they throw out the corrupt thugs who ran it into the ground and start completely over. For me that’s a bit too risky of an investment.

there are many rich people who are living in areas of the world that make detroit seem safe .

after all that is what america is famous for immigration

posted on Jul, 21 2013 @ 12:18 PM
link
Isn't the situation in Detroit a pretty good example of why we have so many Federal "protection" mechanisms. By protection, I mean actual protection for the people, not the financiers. When I think of the billions pissed away on nonsense, this is one case where I can't help but wonder just how much it would cost to rebuild Detroit. Move a few industries in, get serious on crime, and inside a few years it could be a very different place.

Originally posted by Paschar0
Isn't the situation in Detroit a pretty good example of why we have so many Federal "protection" mechanisms. By protection, I mean actual protection for the people, not the financiers. When I think of the billions pissed away on nonsense, this is one case where I can't help but wonder just how much it would cost to rebuild Detroit. Move a few industries in, get serious on crime, and inside a few years it could be a very different place.

It’s not the FED’s job to rebuild cities. If there was something there worthwhile then entrepreneurs would be there now. The problem is the corruption at the city level. Years of bad policies and corrupt people running the show have brought the city down. Who would want to throw good money after bad??

I think we’ll see a rebirth of Detroit one day but first all of the dirt bags need to be smoked out of there.

[Edit to add – Super Mod DontTreadOnMe lives in the area and I've talked with her many times on the subject. She could really shed light on why things are so bad there. Hopefully she’ll see this thread and contribute]

Originally posted by Paschar0
..... this is one case where I can't help but wonder just how much it would cost to rebuild Detroit.....

Conservatively, it's about 20 Billion in Debt first off. Then to rehabilitate the neighborhoods and businesses and factories to "normal" suburban standards, you are talking probably another 50 Billion or so, if not more.

Literally, Detroit needs a modern day Marshall Plan. You basically have to rebuild it all and it's a very large City, area-wise. There's a very valid reason why Detroit has been losing it's population, the City is run down and even if you fix your area, it's a drop in the bucket, which has huge holes in it.

I'm sure they will take your Donation towards fixing it........I am assuming you want to pay for it with some of your money, not just other people's money, right?

posted on Jul, 21 2013 @ 01:11 PM
link
house prices that cheap,security be dammned pick it up for 17 k,then put in bullet proof glass,armoured panels in the wall to make it bullet proof/resistant and if it gets much worse put in a moat or something .

conicidently if a city is going through bankruptcy what happens to the city owned homes and or property taxes are they collectd during a bankruptcy or is that not allowed?