posted on Jun, 27 2013 @ 11:38 AM
link
Fallon Fox is a current mma fighter in the cfa promotion. Fallon fox was born a man and grew up to full maturity as a man. Fallon Fox now fights women. She came out as a transgender after two professional fights. She is currently licensed to fight in California and Florida as their rules qualify her as a 100 percent women. I did a search and found nothing on this topic and as we all know the search function is not that good. I was reading a thread regarding the twelve year old girl not allowed to play football any longer for fear the twelve year old males will have '"impure" thoughts. The discussion in this thread started to sway towards the physical equality of men and women and thus this topic concerning Fallon Fox came to mind. In watching these fights Fallon fox seems to completely man handle (no pun intended) these women in the ring. She may just have more skill or she may have an advantage due to her spending so many years as a man. Most people in the fighting community do not condone Fallon Fox fighting women knowing now her history. Rhonda Rousey the UFC's womens champ thinks Fallon has an advantage. (Skip to 1:20 ) In short i would like to know the thoughts of ats on a Transgender fighting in women's mma. Would it be ok if Fallon fought men now that she is transgender?
tons of info and opinions on the net (joe rogan is the most popular, he is just a little vulgar so i didn't link him)

posted on Jun, 27 2013 @ 11:51 AM
link
Being male in itself doesn't bestow better fighting ability on a human. Looking at Fox's fight record, whether he's classed as male or female, it still took him/her 13 minutes+ to finish an unranked female.

posted on Jun, 27 2013 @ 12:01 PM
link
reply to post by turboneon
Though I am a straight man, I have a bunch of friends in the LGBT community and this comes up from time to time and I think that for the individual who is transgendered and has come to grips with their true identity, once they self-identify as a female in this instance and they are living life as one and I do not mean as an imposter of any sort as I personally know a couple of them that couldn't pass as male anymore no matter what effort they use then we should respect their genuine feeling of being the gender they've become. After all, if they are living their belief, why should we call them out for it.

That said, I think that depending on what avenue they took to get to their new self, there may need to be some sort of handicapping or equality measurement for sports. A male taking feminine hormone therapy may lose some muscle mass and strength or they may not. I personally do not know.
An FTM using testosterone and other hormones may acquire a bit more and may be a better fit on a football or wrestling team than a MTF, I do not know but just like boxing has their weight classes, perhaps there can be allowance for someone chasing a dream. Will it disrupt the sport, probably; will it force the others to be on there A-game, definitely! Can a female born male lose a match to a female born female, sure. Unless they are far from a good match to start with, a bit of skill can offset a little extra strength. BTW I know some butch women that can manhandle as good as most guys.

For what it is worth, I think people should respect others identities even if they can't comprehend it or realize the struggles they may have gone though to make what changes they have,

posted on Jun, 27 2013 @ 12:25 PM
link
There are surely women out there that can physically dominate a vast majority of men. Yes skill is very important, even more so than strength but there have been many occasions where a skilled fighter was just latched onto by a brute any mangled. Fallon did take a long time in that match.

posted on Jun, 27 2013 @ 01:09 PM
link
The world has officially gone MAD!, she's a he, a man, he belongs in mens MMA. Transgendered individuals should not be allowed to participate in sports, period!

Men definitely have an advantage over women when it comes to martial arts.

Originally posted by DeadSnow
The world has officially gone MAD!, she's a he, a man, he belongs in mens MMA. Transgendered individuals should not be allowed to participate in sports, period!

You would prohibit people from playing in sports because of who they are?

As for the the topic. There's enough science and medicine around to prove that she or he is capable of fighting at the same level, without advantage as whatever sex they feel identity with.

It's insane to even bring it up as social or moral issue. Just have the scientists give you the facts and make your decisions based on that.


I don't know about you but I watch A LOT of MMA, and trust me...the women got nothing on the men. My comments are always in the best interest of the female gender.

I can't wait for body builders to change gender, or sprinters, power lifters...etc etc, let's see how fair it becomes in the long run.

Originally posted by EA006
reply to post by turboneon

Does it seem fair enough to bring race into the equation?


Aside from this incredibly racist remark, the subject of a transgender man fighting women, in my opinion it would depend on hormone levels in his/her body compared to some benchmark standard set in that sport.

When a man goes through hormone treatment they experience a gradual loss in muscle/bone strength depending on their dosage of estrogen.


If she/he were using the smallest dosage of estrogen and has recently become post-op transgender than she/he has an advantage for possibly a few years at most.


I watch some MMA sure.

I don't' support him playing on the girls side of things, if he's proven to be physically more superior to a degree which none of the current fighters can achieve just based on biological factors.

I just took offense to the idea of not allowing them to join or play period. It's just a bit misguided IMO.


We are discussing an individual here, if he gets rights, many more will follow. Some will change gender for an easy win. What happens as we move towards the heavier weight classes?

I agree with the above.

"She" has a male body structure, having grown up as a male. Technically he is still a he; his chromosomes are still XY, no matter how many hormones are taken, and his body structure will remain an adult males.

Having him fight women whose body structure is different is going to provide an intrinsic advantage when it comes to any application that demands physical strength, especially in close quarters, like fighting someone in a manner where physical strength is a major advantage (hand to hand combat with tons of rules), and where any maneuver that may say disable your opponent with a quick precise strike that does not require so much strength is disallowed (which could be used by smaller framed people to much greater effect (think Bruce Lee, who was only 130 pounds and lightning fast)), gives this person an unfair advantage.

This is simply a case of a man fighting women with rules that are to the benefit of those with larger physiques, which are much more common and pronounced in men.

The playing field is not level.


Some will change gender for an easy win. 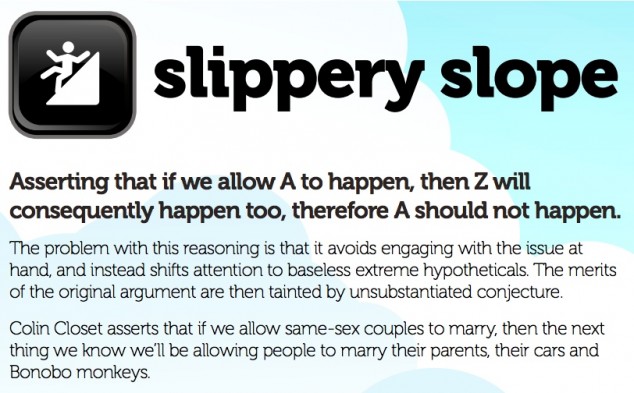 Nobody, and a I mean NOBODY, is EVER going to get a gender re-assignment for an easy win. Just google what somebody has to do to get that done and you'll see that's pretty much impossible.

Transgenders aren't going to go away just because one person go a no. Unless the argument is made from a scientific stand point as opposed to the " eww it's gross" standpoint, which is how most of these arguments sound.

Originally posted by EViLKoNCEPTz
I know a few women, real born female women, that can put any man on his ass harder than most men. And these aren't big butch girls, the biggest of the four is 5'7" 135lbs. I'm 6'7" 225 lbs and all four have put me in the dirt during full contact matches. The biggest of the four hit me so hard she broke 3 of my ribs.

posted on Jun, 27 2013 @ 01:39 PM
link
I do think trans athletes should be allowed to compete so long as they do not have an unfair advantage. A Female to Male(FtM) trans-person could in theory gain an advantage against normal men because of the testosterone(steriods) that he takes for male characteristics.

In the case of a MtF trans-person, they either have surgery so they no longer produce testosterone or take androgen blocking hormones and should have no advantage over their genetic female counterparts. However I do believe in fighting one's skeletal structure could give a transgendered person an advantage when it comes to blood sports like MMA. I really do not know...

I do know the Olympics allows transgendered athletes complete as long as they meet certain guidelines.

I have friends who are trans and even went on a few dates with a transsexual women, and I do believe it should matter for most sports.

Originally posted by luciddream
reply to post by DeadSnow


I've heard stories of people cutting off their limbs "because they didn't like them". We live in a sick world, anything is possible.

posted on Jun, 27 2013 @ 01:46 PM
link
Nothing against transgender folk, but this is not even remotely fair for the real women of MMA, They should not be forced to fight someone with naturally greater muscle mass and bone density. If it were some other less physical sport, maybe. But in MMA, she gains too much of an advantage from her male attributes. If "she" really wants to fight, it should be against another man or male transgender.