The following information of which i will present is an analysis of the fighting forces involved in Syria's bloody civil war. This piece will be structured under the titles of Pro-Syrian Government and Anti-Syrian Government.

I hope you enjoy it.

The following forces fight for the government of Bashar al-Assad, attempting to ensure its stability into the future.

As of 2013, the Syrian Armed Forces are said to have violated many human rights, allegedly committing: unlawful killing, torture (physical and psychological), arbitrary arrest, deployment of tanks and helicopter gunships in densely populated areas, heavy and indiscriminate shelling of civilian areas, collective punishment, enforced disappearances, the systematic denial (in some areas) of food and water, and the prevention of medical treatment, including to children.

Al-Jaysh al-Sha’bi was established in 2012 purely to support the Syrian government in its bid to destroy the opposition fighters during the current civil war. According to the US government, Al-Jaysh al-Sha’bi was established and is still maintained by Hezbollah and Iran’s Islamic Revolutionary Guards-Quds Force who provide it with supplies, weapons, funding and tactics.

Shabiha was established during the 1980′s by the ruling family of Syria, the Assads. Members of the Shabiha are believed to include government loyalist (criminal) gangs, mercenaries, security forces, informants and impoverished youths.

The Shabiha’s members operate in civilian clothing and undertake action against opponents of the Syrian regime. The Shabiha is believed to have been behind many of the civilian massacres in Syria.

The al-Abbas brigade was established in 2012 mainly in retaliation to the destruction of religious mosques and shrines by the opponents of the Syrian regime. The brigade is closely aligned with the Syrian army and maintains a defensive role in the Syrian civil war.

The NDF was established by the Syrian government (with the aid of Iran according to the USA) in 2012. The sole purpose of the NDF is to engage the enemy in infantry combat. The NDF is mostly made up of Syrian minority groups such as Alawites, Christians, and Druze. Members receive equipment and salaries from the government for their role in the war.

The Lijan militias are government supported militias who’s main role is to man the many checkpoints in government controlled cities. The militias originally emerged as civilian vigilante groups, and have been accused of committing executions and revenge killings.

Army of the Guardians of the Islamic Revolution (Revolutionary Guards):

Iran’s Revolutionary Guards are elite soldiers who hold the duty of protecting the religious Islamic system of Iran. Their involvement in Syria is a shadowy one, with General Ismail Qa’ani, deputy-commander of the Iranian Revolutionary Guards’ Quds Force stating that “If the Islamic Republic was not present in Syria, the massacre of civilians would have been twice as bad.”

It is believed that the Revolutionary Guards (including the Basij) were involved in the capture of Qusair from rebel forces on June 9.

Hezbollah is is a Shi’a Islamic militant group and political party which is based in Lebanon. The group is officially supported by both the Iranian and Syrian governments, and as such, is involved in Syria’s civil war.

Hezbollah’s involvement in Syria’s civil war has been subject to much speculation since the beginning of the war itself. On May 25th, 2013 however, it was officially confirmed by the leader of Hezbollah, Hassan Nasrallah that the group had entered the war against Islamic extremists (referring to the opponents of the Assaf regime). The organisation is currently operating in the rebel stronghold of Aleppo.

Popular Front for the Liberation of Palestine – General Command (PFLP-GC):

The PFLP-GC was founded in 1968 by Ahmed Jibril as a small Palestinian nationalist militant organization based in Syria. The group has been strong supporters of the Assad regime in Syria, waging many battles with the rebel forces. According to numerous sources, many men defected following beliefs that the group had altered its role into a direct fighting force for the regime itself.

electronicintifada.net...
edit on 17-6-2013 by daaskapital because: (no reason given) 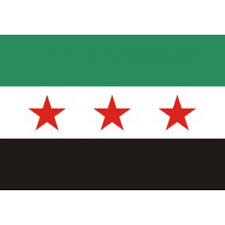 The following forces fight against the government of Bashar al-Assad, attempting to overthrow the ruling government in the hopes of establishing its own. 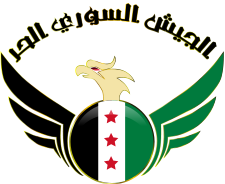 The Free Syrian Army was established in 2011 by defectors of the Syrian Armed Forces for the purposes of combating government forces and overthrowing the government itself.

As of 2013, the Free Syrian Army (as well as other anti-government forces) are said to have violated many human rights, allegedly committing: unlawful killing, torture and ill-treatment, kidnapping and hostage taking, and the use of children in dangerous non-combat roles. Furthermore, Amnesty confirmed that they were guilty of having tortured and executed captured soldiers and militiamen, as well as known or perceived civilian collaborators, and later condemned the opposition fighters responsible for an attack on a pro-Assad TV station in June 2012 in which media workers were killed.

The SILF is a 2012 established coalition of Islamist rebel brigades who are determined to topple the regime of Bashar al-Assad. The SILF is one of the biggest anti-government forces in Syria, representing up to half of the opposition forces combined. While not entirely associated with the Free Syrian Army, the SILF aims to maintain ‘brotherly’ connections with them.

Jabhat al-Nusra is an Al Qaeda affiliated terrorist organisation (as designated by the UN and other countries) actively fighting Syria against the Assad regime. Al-Nusra is described as the greatest fighting force in Syria, often being heralded as the most aggressive, and most successful arm of the rebels. The group’s goals in Syria are to overthrow the regime of Assad, and establish a Syria under Sharia and extreme Islamic laws.

The group has been responsible for many of the human rights violations in Syria.

Al Qaeda’s involvement in Iraq is mostly unclear despite the fact that Jabhat al-Nusra is regarded as a heavy ally, if not branch of the organisation itself. In regards to the aforementioned however, Al-Qaeda is believed to have bombed Syrian government targets by the USA.

FAL formed in a Palestinian refugee camp in Lebanon in 2006.

The groups involvement in Syria began in 2012, when members staged small attacks in Syria itself. Not long into their Involvement however, the leadership was decimated either by accidental fatal wounds or deliberate attacks by other forces.

Ghuraba al-Sham is a group primarily made up of jihadists from Turkey and other Eastern Bloc countries. The group, formed in 2003 has been responsible for both, alliances and clashes with Jabhat al-Nusra.

I would like to thank you all for your interest in this thread.

posted on Jun, 17 2013 @ 02:32 AM
link
Thanks for starting this thread. I have been following the Syrian Civil War when the news comes in on this site. It's interesting to know all the groups and people pulling the strings.

Originally posted by Phoenix267
Thanks for starting this thread. I have been following the Syrian Civil War when the news comes in on this site. It's interesting to know all the groups and people pulling the strings.

The situation over there is a deeply interesting one. I just hope it clears up soon, but that looks unlikely.

edit on Mon Jun 17 2013 by DontTreadOnMe because: (no reason given)

edit on Mon Jun 17 2013 by DontTreadOnMe because: (no reason given)