A 6.3 magnitude earthquake has struck in south-west Iran, not far from the country's only nuclear power station, the US Geological Survey (USGS) says.

Posts on social media in the region said people felt the quake across the Gulf in Dubai, Abu Dhabi and Bahrain.

Iran's seismological centre in Bushehr province, linked to Tehran University, registered a 6.1 magnitude quake close to the town of Kaki, some 60 miles south of Bushehr. 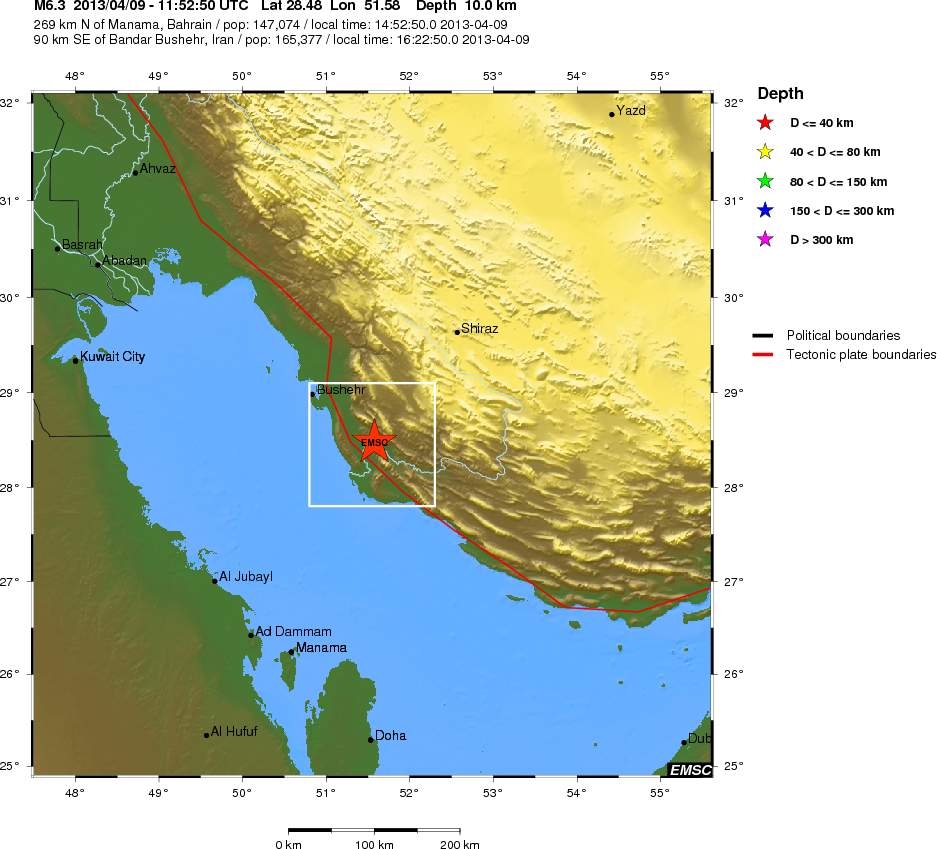 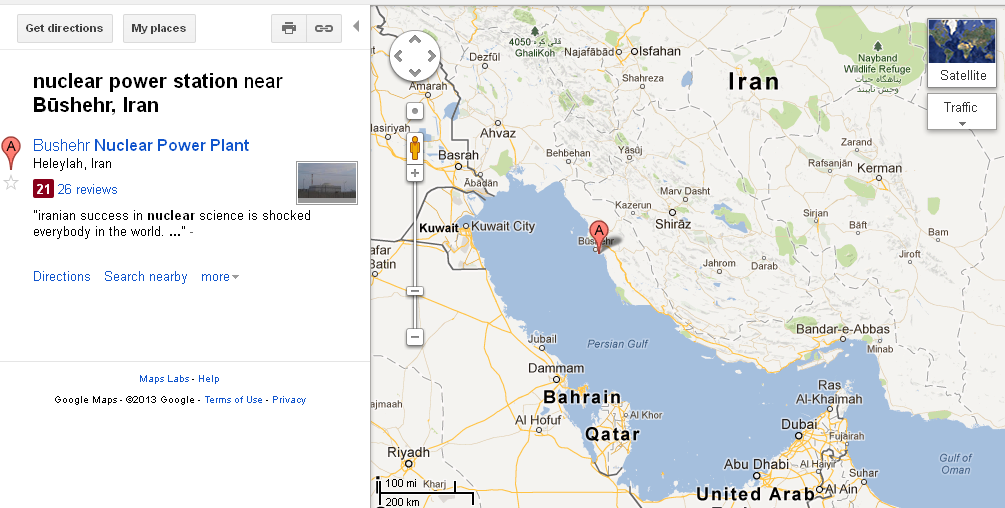 Mod Note (This Appears On Every New Thread Page):
AboveTopSecret.com takes pride in making every post count. Please do not create minimal posts to start your new thread. If you feel inclined to make the board aware of news, current events, or important information from other sites; please post one or two paragraphs, a link to the entire story, AND your opinion, twist or take on the news item as a means to inspire discussion or collaborative research on your subject.
edit on 9-4-2013 by MariaLida because: (no reason given)


What really adds some spice to the "Suspicious" factor is that they are opening a new uranium-processing facility today, and have marked it as "National Nuclear Day".

I live in a huge mining center on the Canadian shield. We dont get earthquakes but we do get rock bursts. Just pressure buildup in the rocks and then it produces an event that feels like an earthquake.

We get them every few years or so. Most of the time they are between 3 and 4 on the richter scale but we have had the odd one climb up to 5-6. They usually dont cause much damage because they are momentary. The average rockburst happens between 2000-6000 ft below surface.

Heres a clip from the local paper from a rock burst in the 80s that killed miners.

The 2003 Bam earthquake was a major earthquake that struck Bam and the surrounding Kerman province of southeastern Iran at 1:56 AM UTC (5:26 AM Iran Standard Time) on Friday, December 26, 2003. The most widely accepted estimate for the magnitude of the earthquake is a moment magnitude (Mw) of 6.6; estimated by the United States Geological Survey. The earthquake was particularly destructive, with the death toll amounting to 26,271 people and injuring an additional 30,000.

Four people have been killed in a 6.3 magnitude earthquake that struck near Bushehr in southern Iran, according to state TV.

The epicentre of the quake was Kaki, 60 miles south of Bushehr - home to the country's only nuclear power station.

The Russian company that built the plant said the quake had been felt there but operations had not been affected.

"The earthquake in no way affected the normal situation at the reactor. Personnel continue to work in the normal regime and radiation levels are fully within the norm," Russian state news agency RIA quoted an official at Atomstroyexport as saying.

Fereydoon Hasanvand, the governor of the port city, confirmed that "no damage at all has been caused" to the reactor.

posted on Apr, 9 2013 @ 09:56 AM
link
I almost posted a thread on this but after a couple of private messages I found it was because of this thread, my apologies to the mods.

Originally posted by MariaLida
Also we have many aftershocks there ..

What would it be like if a quake hits near the Northeasts (many) reactors??

posted on Apr, 9 2013 @ 11:28 AM
link
My thoughts are with the family's that have lost someone during this earthquake in Iran.

Could this do any damage to their reactor building?

Originally posted by Mclaneinc
I almost posted a thread on this but after a couple of private messages I found it was because of this thread, my apologies to the mods.

From all what I know about eartquekes never see any connection that HAARP create
EQ's but you never know ..

Some things are really unusual, a few days ago we had a EQ border area of three countries and we all know how tense situation is in North Korea ..

EQ's were a very strong also very similar magnitude, if you have possibility to choose best area to release very big energy or pressure between Pacific and North American plates on west coast that would be exactly that area ....

Despite the earthquake's large magnitude, no major structural damage was reported from any of the population centres in the vicinity. This can be explained by the remoteness of the tremor's epicentre. No casualties or major injuries were recorded from the quake, likely due to the sparsely populated nature of the region ..

Also "dangerous" areas at west coast CA they were really spared in last years or decades that is unusual also for history of that area, but very strong and possible catastrophic EQ will probably come there in times ahead and I'm positive about that especially after specified EQ's ..

But like I already say "who knows" is hard to say, also I know we are in stronger seizmic activity also that areas have most possibility in this time to be hit with stronger earthquakes, so just can't see connection and I don't believe that HAARP causes EQ's .. 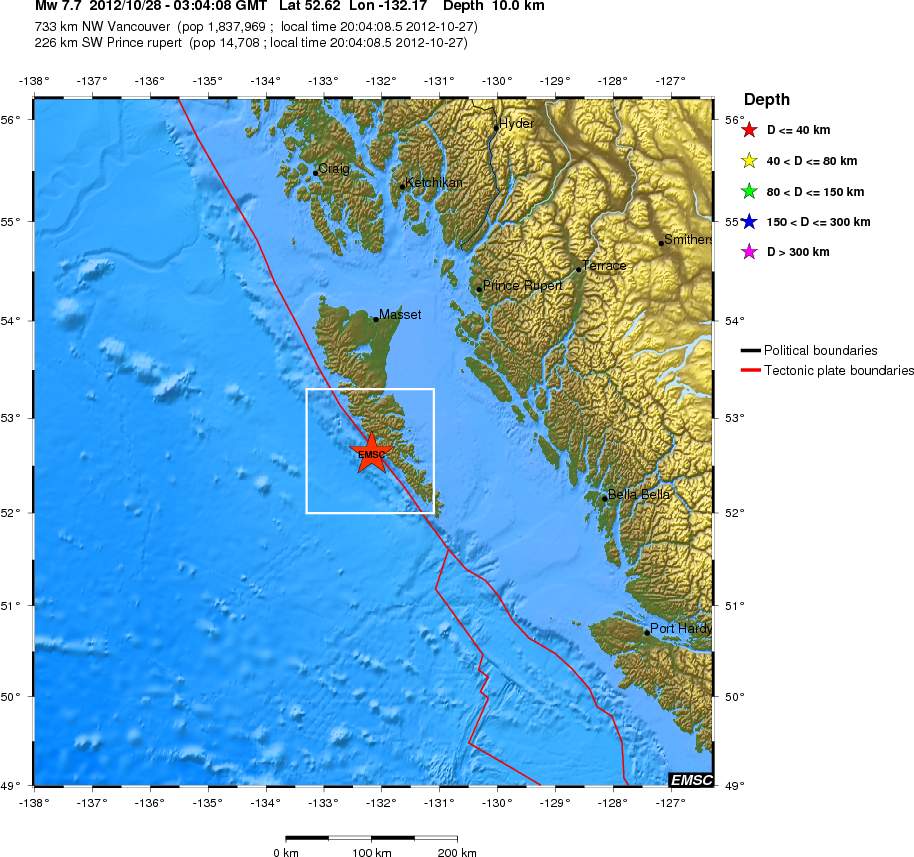 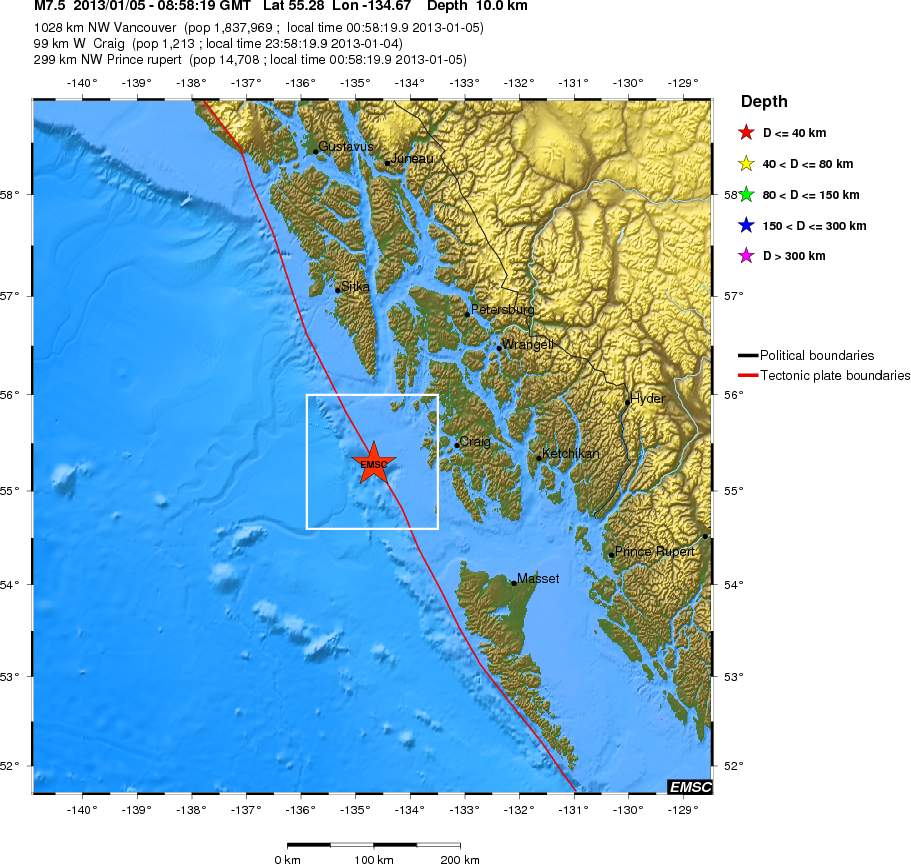 At least 31 people died in the quake, including three victims under a collapsed house in the small town of Shanbe, according to Fars News Agency and the Tabnak news website. State media reported at least 20 were killed. Earlier news reports had put the death toll at three or four people.

The quake was felt across the Gulf in Dubai, Abu Dhabi and Bahrain.

Some 10,000 people are thought to live in the affected area in more than 50 villages, two of which have reportedly been completely levelled.

Bushehr's governor says 700 houses have been damaged and 200 families affected. 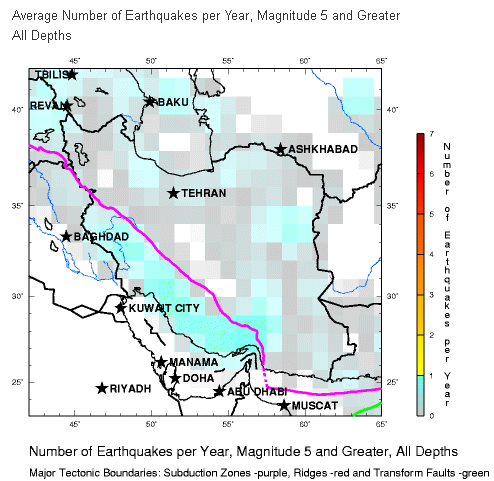 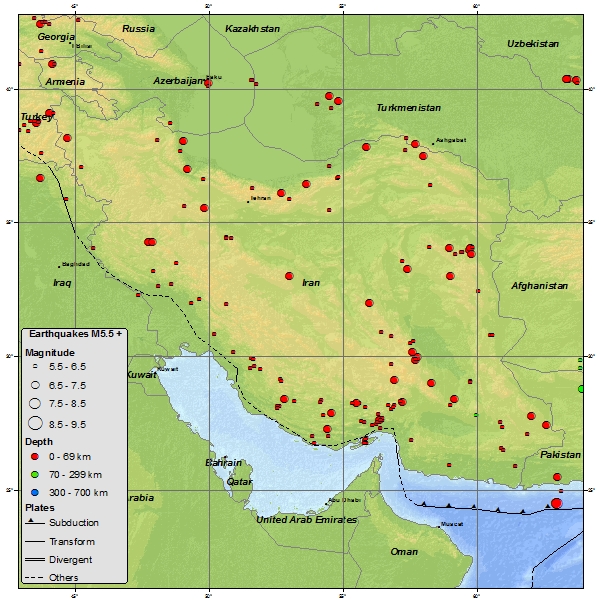 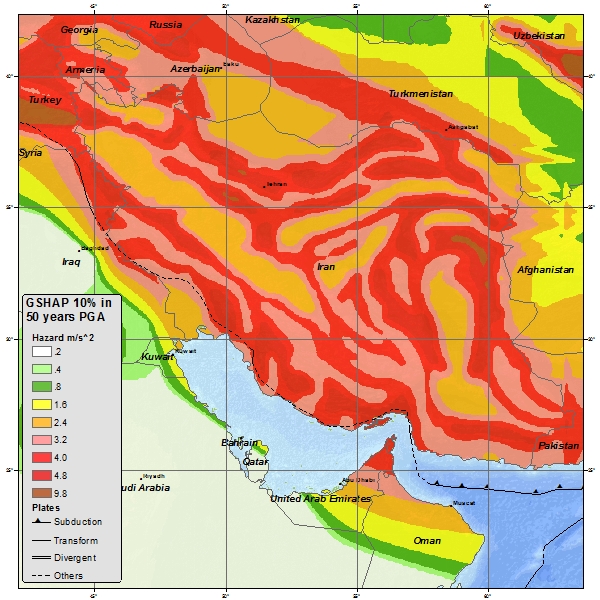 
I live in Sudbury too
The rock burst in 1984 was a 3.1.
Rockbursts rarely reach 4 on the scale and have not been recorded to 5 or 6.
There is a good article here
geogroup.utoronto.ca...

Page 6 has information on Richter scale readings of rock bursts.

posted on Apr, 9 2013 @ 03:14 PM
link
This is most interesting. Although first thought is to say its some western device planted to set up a fukushima, i think its just coincidence.

Nevertheless this can be used by the west to send in "help" after we "detect radiation" near some of our bases in iraq, etc.