I found a strange golden amulet

posted on Mar, 4 2013 @ 12:18 AM
link
Hello everyone I have only made a few post since I am on ATS but decided to introduce myself in order to chat with you and get my 20 post counts so I could share this strange little golden amulet I found last year on a little Island of Nova Scotia called Star Island, when I visited last summer.

I am very interested in astronomy, physics, mathematics, philosophy and psychology. I studied mathematics and statistics at the university of Montréal and philosophy at Paris-Sorbonne University. I speak French, English, Italian, Spanish, Romanian and Portuguese.

I believe extra terrestrial may exist somewhere in the universe but inter stellar travel to be highly improbable for any intelligent being to accomplish.

I believe any axiom is subject to change.

I don't believe in ghosts, demons or any sort paranormal entity. (I have been looking for such experiences for a long time in many "haunted" locations in order to prove there is something after life but was unsuccessful, or maybe ghosts and demons find me boring and don't bother scaring me.)

I am on the center-left of the political spectrum.

I believe in the capitalist economical model.

I believe in Socialist policies.


I am very interested in astronomy, physics, mathematics, philosophy and psychology. I studied mathematics and statistics at the university of Montréal and philosophy at Paris-Sorbonne University. I speak French, English, Italian, Spanish, Romanian and Portuguese.

you are well accomplished,
very impressive list, welcome to ATS

i hope to see you on the science boards,
and also hope you can help with translations for us

flag for your collection

posted on Mar, 4 2013 @ 12:27 AM
link
I might be hearing things but wheres the amulet? Am i delusional or was that the title. I'll give you a star anyway because your enthusiastic.

posted on Mar, 4 2013 @ 12:31 AM
link
I won't put it in this thread since this is for introductions. But as soon as I can make threads I will create one with the pictures of the amulet. Thank you!

Can't wait to see a photo of your amulet, and hear the story behind it.


Sorry my fault I've been jumping threads and didnt even notice that it was an intro. And i've only had three beers, Imagine what I'll say when I've had six.

posted on Mar, 4 2013 @ 12:43 AM
link
Welcome to ATS!! I only joined myself a few days ago. Very impressive list of spoken languages, I only speak English and Spanish myself


Thank you for the welcome Des , It will be my pleasure to translate anything in these languages.


allbab
Welcome to ATS , glad you found us, I'm sure you will fit in fine and feel right at home in no time , I'm very interested in seeing your little golden amulet it wont take you long to get your 20 posts.Hope to see you in the main forums soon..peace,sugarcookie1

Originally posted by allbab
reply to post by Bilky


That being the case. I'll try to get you a special key, to the secret ATS basement, where we make the Honey Mead. 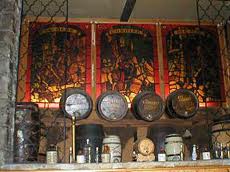 
Originally posted by allbab
reply to post by Bilky


That being the case. I'll try to get you a special key, to the secret ATS basement, where we make the Honey Mead.

I like my Honey Mead distilled as Irish Mist.
www.epinions.com...

posted on Mar, 4 2013 @ 01:31 AM
link
Welcome to the family, you can be the family member we are all proud of! Impressive. I look forward to seeing that amulet as well.


Thank you! I will post the pictures of the amulet in a bit!

We are a strange family, but I believe we are just that, a weird family.

Welcome To The Community


Here are some handy links to get you oriented into now becoming a valued member of ATS.

Try Ask ATS to find numerous threads to add your thoughts to now. Once a minimum of 20 posts are made, you'll be able to create your own threads & send out messages to fellow ATS members.

*** Keep your arms within the ride's comfort zone, have fun & help us "Deny Ignorance" ***

ATS is at times like a rollercoaster ride! As a new member be aware if one acts in an uncivil-like manner, discusses personal illicit drug usage, uses profanity, is a troll, intentionally spreads a hoax, spam's, advertises and/or get's verbally abusive, they will be warned or removed off the ride by a Moderator. If you see posted any of the above mentioned, please let staff know by using the "Alert" function. This will help keep the community, both young and old to further enjoy the ride with you.