Watch....Obama has no fear of Hell

I got maybe 30 seconds in before I turned it off.

Care to provide a summary, as the T&C's require? A two word OP doesn't cut it.

We had a POTUS who did have a fear of Hell. In fact so much so that he wanted to bring forth the apocalypse so that Jesus could return to earth, clean house, and take away all of our cares and worries.

In pursuit of THIS we engaged in what history will probably see as unjust wars in TWO middle eastern nations.

So, well, in all honesty show me a candidate who has no fear of Hell and I'll show you a candidate I will very seriously consider voting for. At least THAT candidate wouldn't be taking advice from evangelicals in a nation that is supposed to keep God and Government separate.


^^^ This right here..Words of wisdom..I always thought the Church and State where supposed to be separate too? How silly of us to think so.

posted on Sep, 29 2012 @ 08:04 AM
link
I find it very comical that this man is speaking about a literal hell, and saying it came out of the mouth of God himself (literal God, literal mouth). I watched for 2 minutes, then threw up in my mouth.

I love the fact that some are trying to "mush" religion and politics all together into one big gross and bad-tasting soup! Just what the founding fathers had in mind!

You won't go to heaven if you vote for Obama! What a tool!


In a word, no. Why fear a thing invented by the Church to scare people into compliance? Anyone who researches the origin of the Christian concept of Hell will find it is based on two things, the physical place, Gehenna:


Gehenna (Greek γέεννα), Gehinnom (Rabbinical Hebrew: גהנום/גהנם) and Yiddish Gehinnam, are terms derived from a place outside ancient Jerusalem known in the Hebrew Bible as the Valley of the Son of Hinnom (Hebrew: גֵיא בֶן־﻿הִנֹּם or גיא בן-הינום); one of the two principal valleys surrounding the Old City. 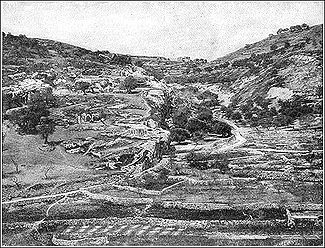 In the Hebrew Bible, the site was initially where apostate Israelites and followers of various Ba'als and Caananite gods, including Moloch, sacrificed their children by fire (2 Chr. 28:3, 33:6; Jer. 7:31, 19:2-6).

In Jewish, Christian and Islamic scripture, Gehenna is a destination of the wicked.[1] This is different from the more neutral Sheol/Hades, the abode of the dead, though the King James version of the Bible translates both with the Anglo-Saxon word Hell.

Wiki Source
And the name of a Viking/Norse Goddess, Hel: 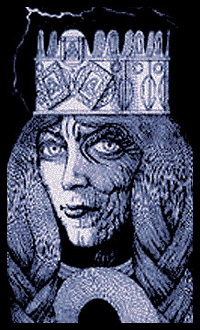 The goddess of the dead and the afterlife was Hel (Holle, Hulda), and was portrayed by the Vikings as being half-dead, half alive herself. The Vikings viewed her with considerable trepidation. The Dutch, Gallic, and German barbarians viewed her with some beneficence, more of a gentler form of death and transformation. She is seen by them as Mother Holle; a being of pure Nature, being helpful in times of need, but vengeful upon those who cross her or transgress natural law.

So, as you can see, nothing to fear here. The Early church, eager to stamp out all forms of Goddess worship, in favor of their all male Godhead, was famous for talking names of various Deities associated with Paganism and turning them into names meaning evil. After murdering those who were in the know of these things, some estimate over a million, the Church used violence and threats to cement their ways on everyone, at the threat of death is one said anything against the Established Church.

I do not fear death either, have lived and died many times on this plane of existence over thousands of years. Some days the memories flood back to me, and I see scenes from Ancient times with me in them. And as I know beyond any doubt whatsoever that the Energy Field that is me, commonly called a soul or Human spirit is in fact Immortal, and never dies, so what is to fear here?

I would say, to close, if a person have a vivid, set in stone belief in a physical Hell, then that person is likely to end up there until they wake up.


Good, hopefully, one day, all humans will stop having this fear.
"your vote will be recorded into the eternal records"

Nice, God cares about our political positions as well. Gods are so evil all they do is control .


Technically there is no hell, it's sheol which is the grave, the abode of the dead. We're all going to die someday and end up in sheol unless Christ returns, no point fearing it. Now Gehenna (lake of fire), the only people fearing that are the ones going there.

Originally posted by Benevolent Heretic
I find it very comical that this man is speaking about a literal hell, and saying it came out of the mouth of God himself (literal God, literal mouth). I watched for 2 minutes, then threw up in my mouth.

I love the fact that some are trying to "mush" religion and politics all together into one big gross and bad-tasting soup! Just what the founding fathers had in mind!

You won't go to heaven if you vote for Obama! What a tool!


You just summed up my thoughts perfectly... I mean... What a silly and nonsensical video.

What this video strikes me as is a fear tactic to try and scare people into voting a certain way...

Well, I like to believe that most people will have enough common sense not to believe such a video... I sure hope so,anyway.