I just want to propose a theory i have always believed in, even when i was back at high school.

The last ice age would have been a difficult time for humanity. But think to yourself, where would you go if your world was freezing?
Would it not make sense that humans would have journeyed towards the equatorial regions, to areas more hospitable. Now these areas i propose would have lined the equator all around the world because it would have the most moderate climate. Now we can look at a map and follow the equator and see for ourselves the continents that would be involved. Now to search at the present seas edge would be wrong, because the sea level was far lower. So i propose that if we could figure out the amount of sea loss at the peak of the ice age and we focus our views either side of the equator, i believe we would find remnants of mans past. Maybe great cities, but maybe not, maybe hunter gather stones and tools. But i do believe, that our past, at least from before 12 000 BC is waiting under the ocean to be discovered. Now if we could find something significant from that time period it could turn our knowledge of mans past on its head. Other great finds like Gobekli Tepe began around 11000 BC after the ice began to melt. However for 100 000 years, where was mankind? We didn't just appear, we didn't just begin to build monuments. I will tell you were man was, by the seas edge, in the warmth of the sun, doing what man does best, questioning, imagining, and searching for answers to his existence. 100 000 years of history and its all deep under the ocean, but is it preserved?

Let me know what you fine people think?
Australian Observer


Well it's an idea worth exploring (pun intended)

It makes sense, but doesn't this presume those ancient people to have the foreknowledge that those areas would have that climate? Would they possess that knowledge? 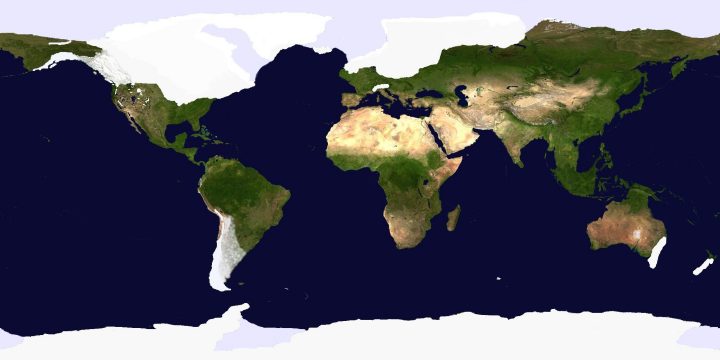 From the map showing the ice age on earth, it is evident that the tropics and the regions around the equator were indeed ice free.

And also the region you have indicated for Gobekli Tepe too was ice free.

I will tell you were man was, by the seas edge, in the warmth of the sun, doing what man does best, questioning, imagining, and searching for answers to his existence. 100 000 years of history and its all deep under the ocean, but is it preserved?

If i we're by the sea's edge the last thing i would be doing is giving a crap about the answers to my existence. I'd be imaging that juicy fish i was going to catch and eat.

Underwater archeaology has already discovered that the oceans were once much much shallower than they are now. 1500 settlement sites have been discovered on the bottom of the Mediteranean sea, yet more were discovered in the English channel and archeaologists have dredged up "pre-historic" tools and artifacts off the coasts of the Netherlands and the North Sea. Then there's this little gem i picked up from an article about underwater brine lakes on the bottom of the Gulf of Mexico: 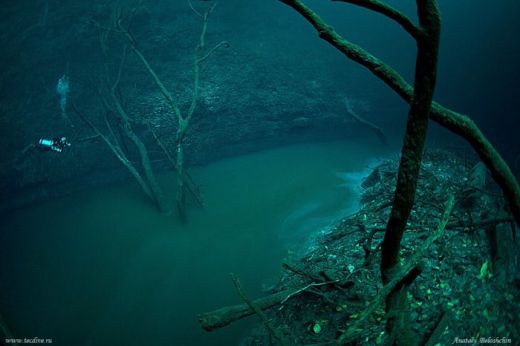 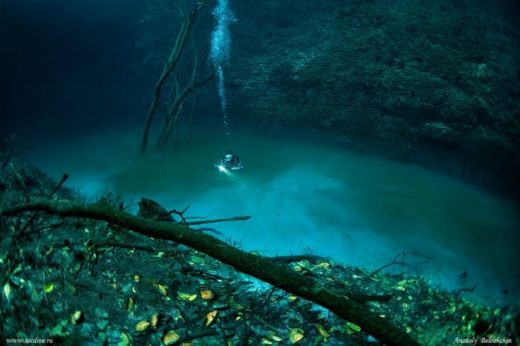 Which proves there was some type of Great Flood cataclysm in our past because i can tell you, that trees do not grow 650 feet on the bottom of the Gulf of Mexico, and those are trees in those pics.


Maybe the flood you are referring to is the melting of the ice sheets. Do they know how old that is?
edit on 15-8-2012 by australianobserver because: Spelling


thats eerie, i had heard of the brine lakes but never actually saw the tree's, thanks for that.


Great pic, if only we knew the water level to at that moment in time. I am certain some scientist has worked this out?


Look up the term "Ice age refuge point", modern man took up several notable refuge points during the ice age, such as the Levant and the Iberian Peninsula. (Neanderthals did as well, although there were largely extinct by the time modern man arrived in Europe. For the most part, Africa was quite green during the Ice age with a large lake in the area where the Sahara is now. So they would not have viewed the ice age as an unpleasant experience. The Americas were not yet inhabited, in fact it was the ice age that permitted modern man to reach it.

Originally posted by australianobserver
reply to post by lonewolf19792000


Maybe the flood you are referring to is the melting of the ice sheets. Do they know how old that is?
edit on 15-8-2012 by australianobserver because: Spelling

Waters rising and people dying, sounds like a flood to me. The fact that tools have been found that far down on the bottom of the ocean is indicative that the people didn't have time to run or move away. Tools are not easy to make, it takes hours to make one tool, they wouldn't have been items people just left lying around or left behind. If the Antarctica Ice sheet slides into the ocean all at once it's going to make one hell of a tsunami, we're talking hundreds of meters high. Not only that but to find tools on the bottom of a sea, would be like looking for a needle in a haystack, so there had to be alot of people living in that area, or those people working those dredging ships got one hell of a winning streak and i need to borrow one of them for a night at Vegas.


you should see/talk to our resident Prehistorian


I appreciate your knowledge on the subject it is great, but we must remember it is all speculation and theory, and is not beyond a reasonable doubt. What if humans existed prior to the ice age, i don't think that is a great stretch. As you can probably tell i am not a big proponent of the out of Africa theory. We always seem to think everything as to originate from one place, but that is not necessarily true.

posted on Aug, 15 2012 @ 01:37 AM
link
I can't be bothered with links, but ATS's most popular threadmaker, SLAYER69, believes wholeheartedly in this theory and has posted many interesting threads about it. Check his profile out for more information.

reconstruction of doggerland - ancient britain before the sea levels rose

What if humans existed prior to the ice age, i don't think that is a great stretch.

Well that's not a stretch, it's a given.


Consider this - we are currently going through global warming that is melting the ice sheets and raising ocean levels. Do you see those ocean levels rising so fast that it would trap a hunter-gatherer village beneath the waves? We're talking inches of sea level rise per year, or maybe a foot or two. Significant, yes, but it's not a "global biblical flood". Of course, settlements are abandoned all the time, and eventually lost to the seas, and numerous cities along the Med. sea have sunk, and rivers have shifted course (some quite dramatically and rapidly) that have left cities behind from their banks, even the Sumerian cities were once along the Persian Gulf coastline, and are now quite landlocked. I'd be far more inclined to think a tsunami would wipe out an ancient city rather than sea level changes. Topography changes, but not at the rate and scale you're thinking along. to think the rising sea levels would destroy an entire civilization would be like thinking an entire civilization could be destroyed by continental drift. Not too mention, a proper civilization would leave a vast amount of evidence behind of it's existence, even if it were lost beneath the waves.

posted on Aug, 15 2012 @ 03:00 AM
link
I don't think the ice age meltdown was a fast one to kill people.
it would have been a gradual melt of course, providing people of those times with enough time to move elsewhere to high lands , away from the rising waters.

The only ones that would have died would have been on pieces of lands surrounded by rising water and who didn't knew how to swim.
regarding the levels of water during the ice age meltdown, you could refer to


The Great Ice Meltdown and Rising Seas: Lessons for Tomorrow


That is interesting comparing current global warming. But i am thinking that the ice age although gradual, would still have brought massive instant disasters. Due to the sheer amount of ice, if chunk of it weakened and broke off sending a huge amount into the sea, there would be displacement of the ocean and cause waves, which could wipe out low lying areas before the gradual sea level rise. It is all hypothetical of course, and your argument has great merit. But i do believe their would have been instances where events happened quickly and early man had little time to evade them.


Doggerland was above sea level at that time, however it would have been covered in the European ice sheet for most of the ice age except for the last few thousand years, so there may not have been time their for a great civilization to thrive.


Also i was thinking, you can move people, but you can't move cities.


One huge glaring problem with your idea is the lack of agriculture, you can't have cities without developed agriculture. Every where you look agriculture preceeds cities. And as for the domesticated plants and animals there is a pretty clear line of development from thier wild forms. And they all post date your 12 k year threshold.