posted on Jun, 20 2012 @ 10:21 AM
link
I ve been thinking for some time now that maybe there was a different diode for fascinating ufo reports.Maybe project bluebook was just a smokescreen for the better ufo reports.And while searching i came upon this memo called the BOLENDER MEMO

I could be wrong but this memo says this very same thing,That bluebook was a smokescreen and that there must be a real project blue book somewhere.I wouldnt be suprised if this project is run by the navy

This bluebook must be still today ongoing.Any info or foia on it?

Originally posted by IMSAM
Any info or foia on it?

posted on Jun, 20 2012 @ 12:26 PM
link
There should not be too much emphasis placed on Project Blue Book and the original investigation, Project Grudge. They were designed to sweep up the UFO litter and refine it into consumable material for the public and to seemingly show a casual interest in explaining the phenomena.

Real investigations were done outside of those studies and any decent info they received was restricted. Need we mention crash retrievals as other aspects of highly secret UFO investigative work?

The real air corp investigations of UFOs was entitled The Estimate of the Situation. It was an internal intelligence report completed before Blue Book and even Projects Sign and Grudge, the original "studies." The Estimate was ordered burned by top army generals because it concluded that the saucers were alien craft.

Please, go back and read the old data before hopping off with a "new" theory. There is no better place to start that with the old books. The classic in the field of The Report On Unidentified Flying Objects (1956) by Edward J. Ruppelt. Today, a collector's item, he was head of Blue Book and the creator of the term UFO. We have enough trouble these days with certain individuals attempting revise the history of the US government's handling of the UFO situation
edit on 20-6-2012 by Aliensun because: (no reason given)


so that means they dont have an ongoing investigation into ufos?

what about the "sink" the navy has?

there is an ongoing investigation going on,a real project bluebook


MUFON still has posted on it's site, a Huffington Post article
www.huffingtonpost.com...
where the Air Force had this 'AF Instruction 10-206' from a 2008 AF personnel manuel

advised pilots, radar operators and other Air Force personnel on what to do when they encountered any unknown airborne objects.

But the article continues,


Now in the 2011 version, the reference to UFOs -- which simply means "unidentified flying objects," not necessarily spaceships with little green men -- has been eliminated.
What makes this so intriguing is that the U.S. government officially stopped investigating UFOs in 1969 with the termination of the Air Force's

posted on Jun, 20 2012 @ 06:20 PM
link
Project Blue Book started way before it commenced officially. The results were already on the table and what we got was just rubbish that came out that door. They made sure that those flying objects stay unidentified for the general public. I speculate that this project was a diversion from the secret military projects.

The human behavior is fascinating: If we have a positive answer, we want to know more. If we receive a negative answer, we dont believe it and the rumor mill starts to turn. However, if you put the human mind in neither positive nor negative state, we are much more controllable. And here we have the benefit for the government to keep us in a limbo. They would neither deny nor confirm it to keep us on the leash.

Just my opinion, of course.

Originally posted by Aliensun
The real air corp investigations of UFOs was entitled The Estimate of the Situation. It was an internal intelligence report completed before Blue Book and even Projects Sign and Grudge, the original "studies." The Estimate was ordered burned by top army generals because it concluded that the saucers were alien craft.

I could be wrong, but I believe the legendary "Estimate of the Situation" was a document, not an investigation. It was produced toward/at the end of Project Sign. Although no copies of the Estimate exist today (that we know of), both Ruppelt and Dr. J. Allen Hynek - scientific advisor to the Air Force during its UFO "investigations" - claim to have seen it.
edit on 20-6-2012 by Orkojoker because: (no reason given)

This bluebook must be still today ongoing.Any info or foia on it?

IMSAM, NICAP's Francis Ridge makes some interesting comments below about the work of the 1127th USAF Activities Group.. 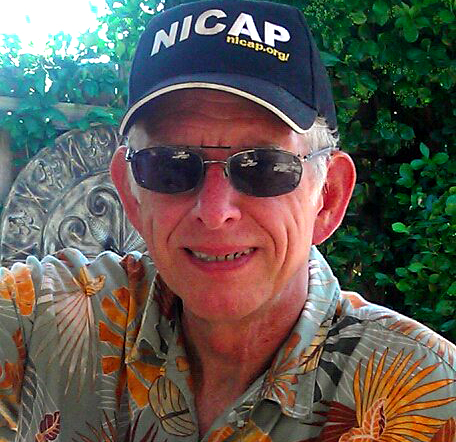 We had always suspected that Project Blue Book (the official AF UFO project) was merely a PR front, and there was evidence that some types of UFO project teams were active even after Blue Book closed down in December of 1969. But now we knew who some of these people were, and we had it from a reliable source..

One of my experiences that indicated there was somebody in the government officially still in charge of UFO reports occurred in 1983. For some time now we have known that something very strange and important was going on in October and November of 1975. We have proof that there were incidents that, to quote from released documents, "prompted the implementations of a Security Option 3 at our northern tier bases since 27 October." Sightings occurred at Loring AFB, Wurtsmith AFB, and then at Malmstrom AFB. In late 1983, an informant reported to me that there had been a major incident at NORAD during that same period which prompted a Security Option 5 alert and total "lock down" at "the Mountain" which houses NORAD. And some official UFO team from the Air Force investigated that incident.

The mystery of who they were is probably solved. Although it could have been Air Force OSI agents, the informant told me that the men who interrogated his group were from "the Air Force UFO division", six years after Blue Book shut down. It was very probably some offshoot of the 4602d AISS. But back in 1963 an Air Force reserve squadron which was a descendant of the 4602d was very interested in what we in NICAP knew about UFOs. But more importantly, we found that UFO investigations continued and in direct proportion to the events which may have, or was determined to have, an effect on national security.

I will read this in a bit,The new cases must be going somewhere,unless