Strange organism has unique roots in the tree of life

"We have found an unknown branch of the tree of life that lives in this lake. It is unique! So far we know of no other group of organisms that descend from closer to the roots of the tree of life than this species," study researcher Kamran Shalchian-Tabrizi, of the University of Oslo, in Norway, said in a statement.


The organism has several characteristics that set it apart from currently other known kingdoms:

What it looked like was small. The organism the researchers found is about 30 to 50 micrometers (about the width of a human hair) long. It eats algae and doesn't like to live in groups. It is also unique because instead of one or two flagella (cellular tails that help organisms move) it has four. 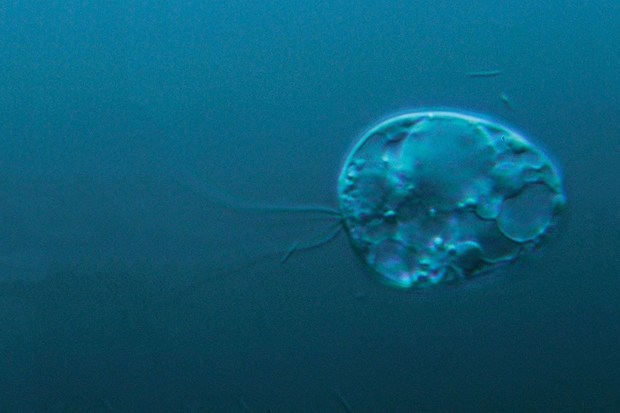 It seems to have attributes of two other species, but is different enough from them that scientists have given it it's own classification:

Because it has features of two separate kingdoms of life, the researchers think that the ancestors of this group might be the organisms that gave rise to these other kingdoms, the amoeba and the protist, as well. If that's true, they would be some of the oldest eukaryotes, giving rise to all other eukaryotes, including humans.

Mankind's most distant relative lives at the bottom of a lake in Norwa
edit on 30-4-2012 by jadedANDcynical because: linked orignal source...oops

Nice find, reminds me of this one.


Mesodinium Chamaeleon are either plant or animal. Using its hundreds of tiny hairs, dashing through the water and find a plant that it eats. Then it transforms itself into a plant.

The little 'Mesodinium' is special because it both gets his energy by eating other organisms - like an animal does - and by doing photosynthesis - like a plant. 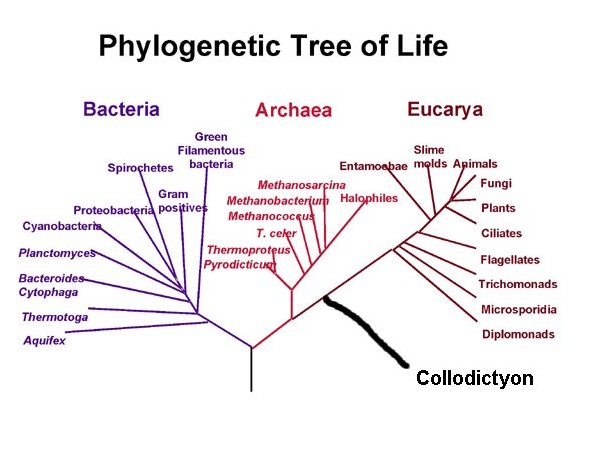 and this is the species (name?) that is closest, of all species known on Earth, to the 'roots' of the tree of life from which all eukaryotes (plants, algae, fungi, animals humans)

and it is single celled and with a nucleus unlike prokaryotic bacteria?? 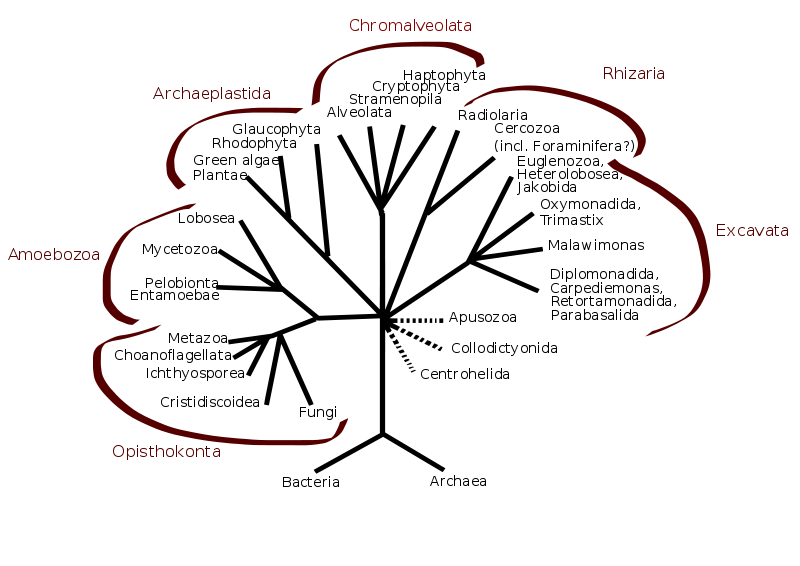 
Thanks for the thread. It will be interesting to see exactly what genetic material, DNA and RNA makeup, and all the other building-blocks of life this fellow contains, and it what amounts.