Colors of the moon

Usually we see the moon as a monochromatic world only with relief and albedo features to observe.... 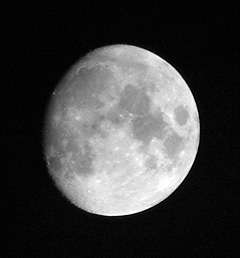 ...but there is something on the surface hidden to the naked eye that everyone can capture with a digital camera, or just plain analog film:

If you observe some particular features on the lunar surface through a telescope you will notice for sure some tiny differences in the hues of the various greys of the surface, as there are many different geological formations composed of different minerals, so there must be a difference, even though very subtle to our eyes, in the color. But to digital and analogic image capture devices it is an easy task to record color information with quite good accuracy, so it can be enhanced afterwords by digital processing to allow us to see it too!

Many times astrophotographers desaturate their Moon images without knowing they are throwing away precious and almost invisible information about our great satellite, if you observe a normal color picture of this zone of the moon (fig. 2, middle image), you will notice a very distinct tone compared to other parts of the image, those differences in color can be enhanced digitally to show hidden features and reveal the chemestry and geologic history of the Moon itself.

The photographs of the Moon, taken from space are the best true-color views of the Moon. That gray color you see comes from the surface of the Moon which is mostly oxygen, silicon, magnesium, iron, calcium and aluminum. The lighter color rocks are usually plagioclase feldspar, while the darker rocks are pyroxene. Most of the rocks that you can see are volcanic, and were extruded from the inside of the Moon during volcanic eruptions. Some rare rocks called olivine are actually green.

One usual way to better visually see those elements is to over-saturate the composited picture using for example this step-by-step process. 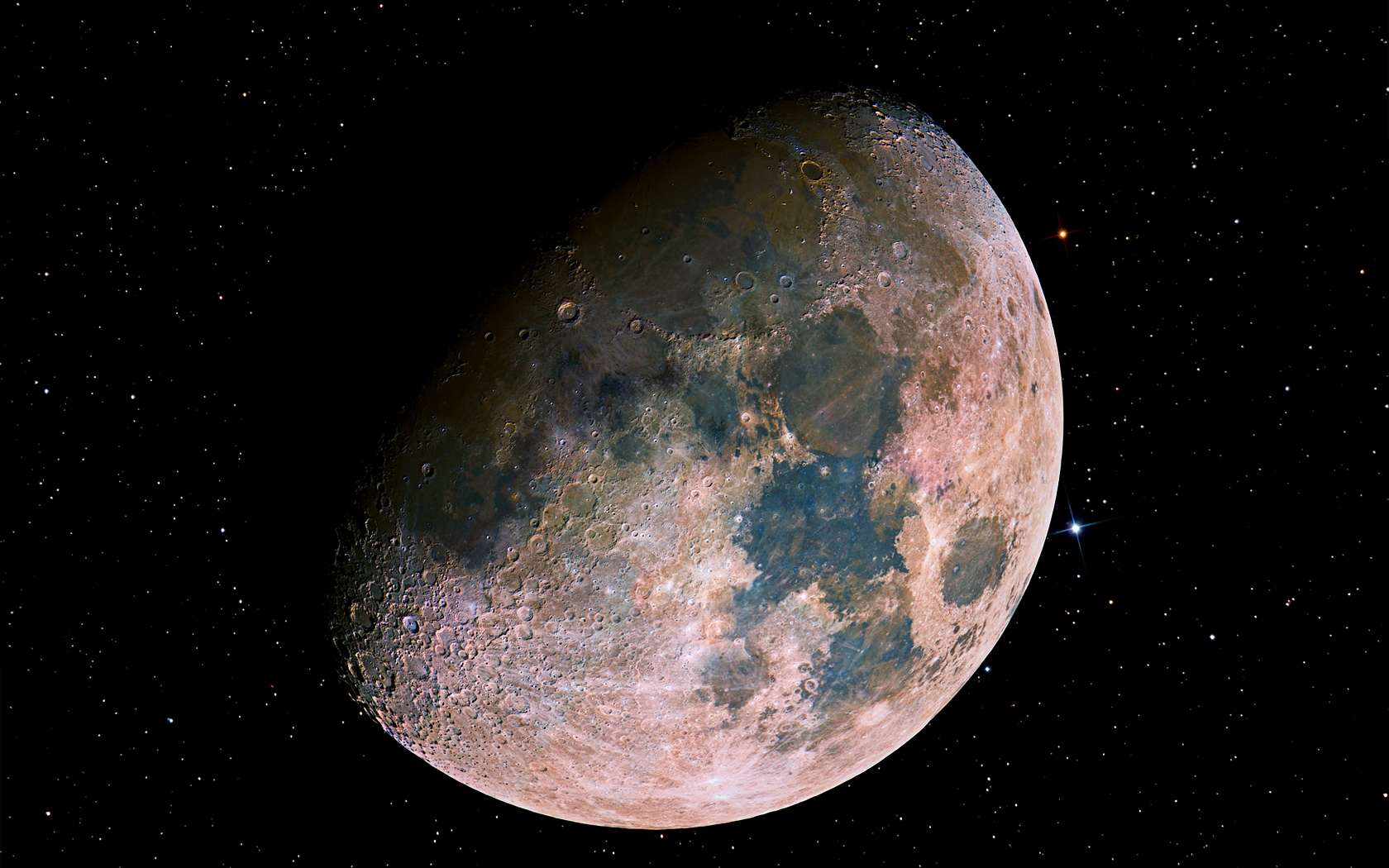 This image is a mosaic of 15 separate and slightly overlapping 8.2 megapixel images from a Canon EOS-20D (unmodified), taken in Raw mode and converted and stitched together in Photoshop CS2. The exposures were each 1/5 second at ISO 100. The 20D was mounted in a Meade LX200 GPS UHTC 10" Schmidt-Cassegrain telescope via a 2x Televue Powermate (a focal length doubler, similar to a teleconverter, which also serves to mate the camera to the 2" telescope eyepiece tube). Effective focal length was 5000mm f/20. Looking through the viewfinder, the OP swept across the surface in a zig-zag fashion, trying for about 1/3 overlap between frames and triggered the shutter with a TC80-N3 remote timer/controller. He did the stitching by hand in Photoshop. 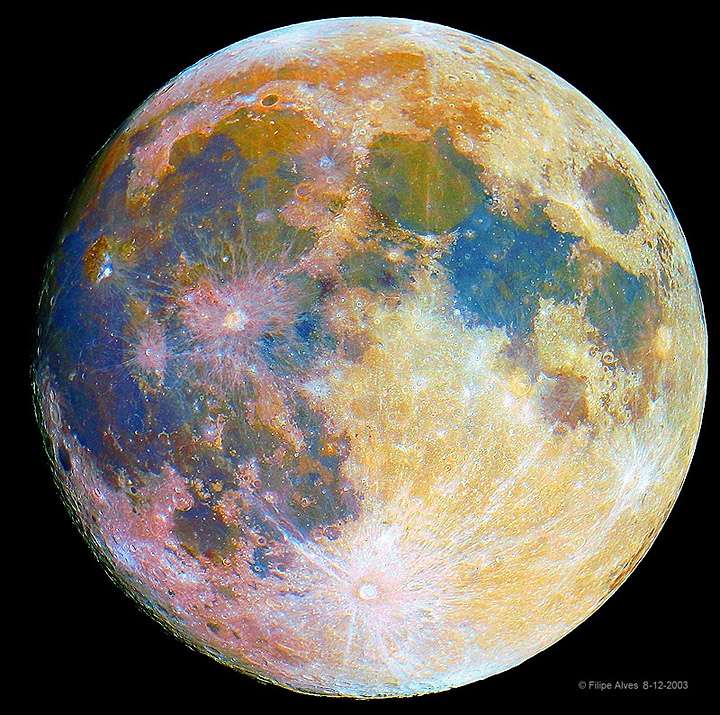 Image made with a Canon 300D at prime-focus of a 10" newtonian. Stacked 64 images together and processed the luminance with some of the best shots using the process explained here 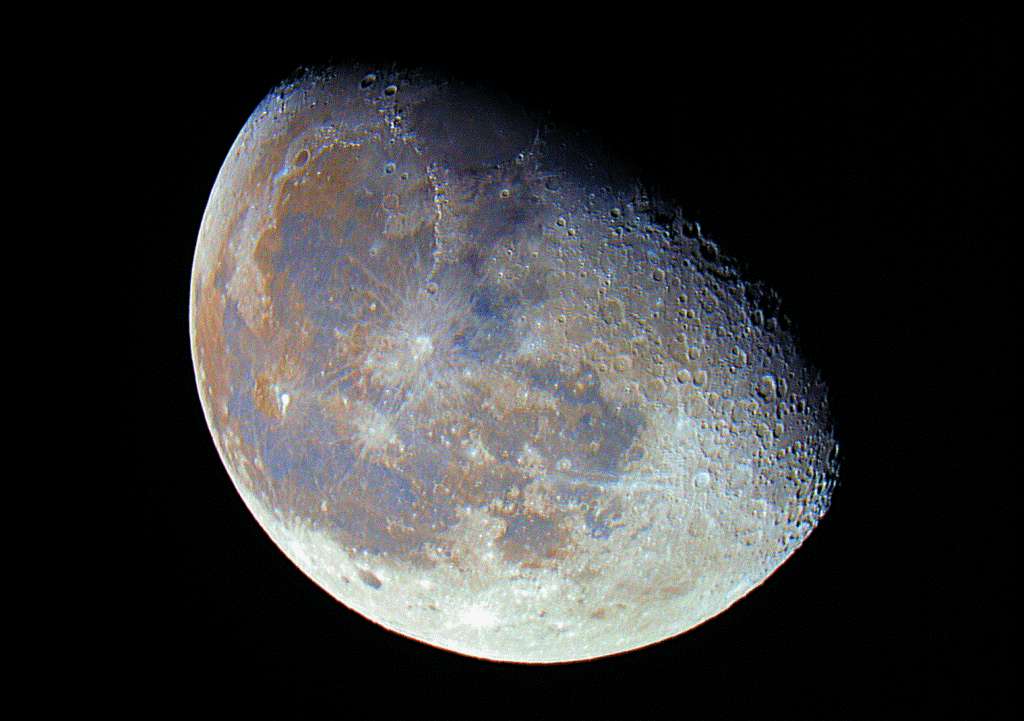 For most of the Moon, the top few meters of the lunar surface consists of a mix of minerals, whereas lower depths probably offer more uniform mineralogy from the old magma oceans. The mix on the surface is due to all the splashes of asteroid impacts which has mixed materials from distances. Changes in mineral content produce subtle color differences in reflected light.

Exaggerated false-color scheme have been used in order to explore the mineral composition of the lunar surface.

Check out this color atlas of the Moon by Filipe Alves. Full size can be seen here 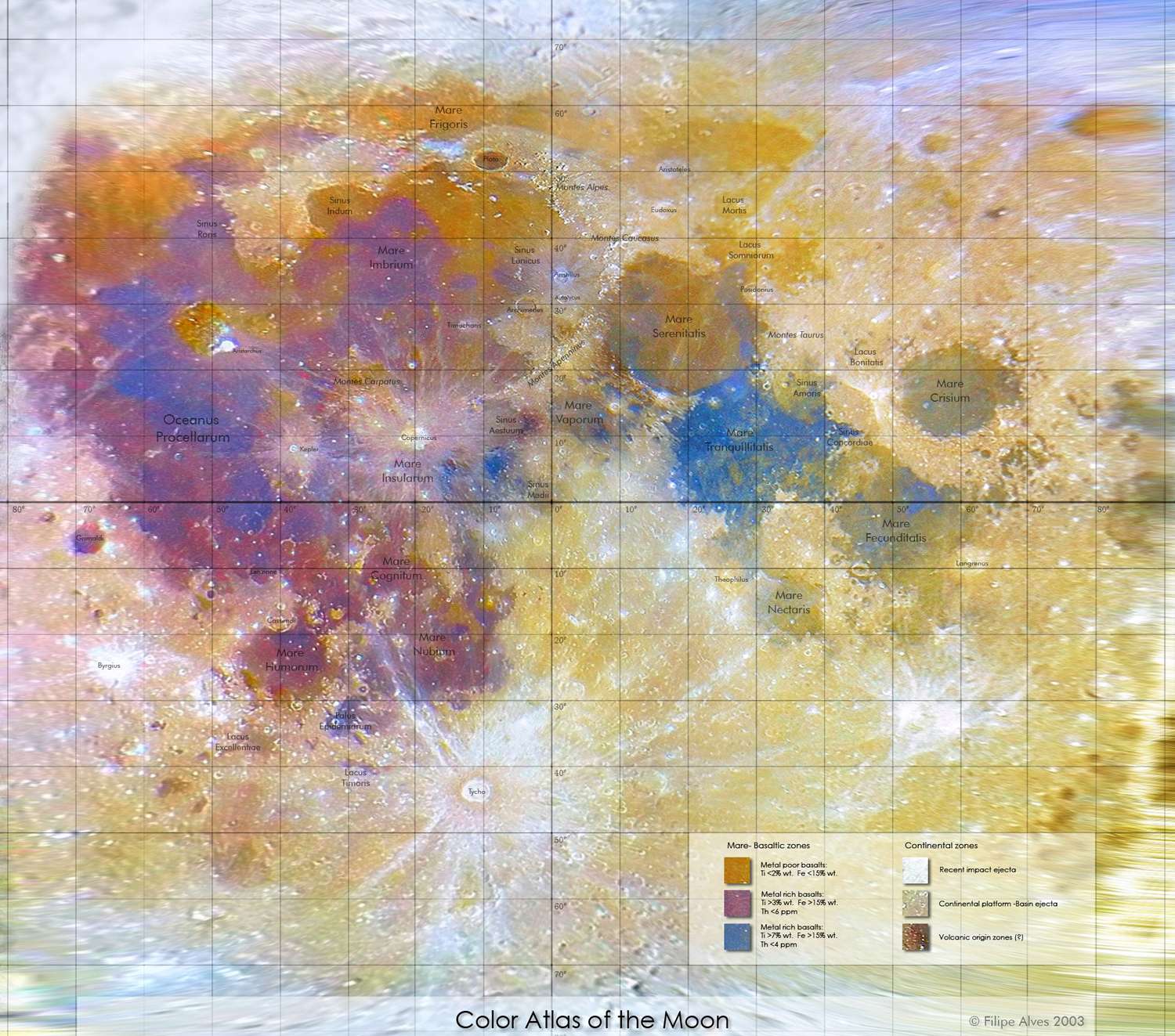 i always thought that the moon was just a grey/silver colour... i had no idea that its surface had varieties of colours...
im amazed at what technology can do these days... just goes to show that we are learning more and more about the universe around us.

i might try it for myself and see what happens..!

posted on Apr, 9 2012 @ 08:42 AM
link
As long as it doesn't turn in to: "NASA HIDES THE TRUTH! PLANTS ON THE MOON!!!11!1" with dozens of manipulated photos to prove it. After all, NASA is also accused of manipulating photos to hide things. Where's the happy medium (and I'm not talking Miss Cleo on THC)?

Anyhow, it's common for photos to "hide" coloration, highlights, etc. Washout is one term used, and as mentioned saturation is another, as what we perceive is the "balance" or average of the aggregate image and details are always lost in translation.

posted on Apr, 9 2012 @ 08:52 AM
link
Beautiful examples of how to enhance a digital shot to get the most out of it! I was super impressed that one of those photo's was done with a lowly 300D! I'm still suffering with my 350D and am almost ready to bin it (too many stuck pixel from 30 min exposures... my fault), but that example is very impressive for a pretty old dslr camera by todays standards. In the hands of an expert is where the difference is made.
Now all we need is a cleaning lady up there to give old lunar a good dusting down so we can see it's mineralogy better, could do with a polish as well

Thanks again! (btw - yesterdays apod pic is my new desktop - it was incredible!)

posted on Apr, 9 2012 @ 09:01 AM
link
That's pretty cool Usually when I take photos of the moon they are more amber'ish but I definitely do see color, not the usual 'grey'

Here are some I just found googling around

posted on Apr, 9 2012 @ 10:27 AM
link
I don't think 'equalizing' the channels is the proper way to over saturate the colors, it would tend to give a false impression of the subtile real color variations. This is apparent in the highly over saturated color images that have a lot of washout to white areas. The site must have said that for images taken from earth near the horizon, (red moon, blue moon). Of course its fun to see various combined color stretching, more fun to get all of the color wavelength passes available in the spectrographic surveys, infrared and x-ray, but that isn't the real color, just a tool for mineral detection. The moon has color, just not kaleidoscopic color. We see the various colors from samples returned, just make sure the moon samples are not meteor samples as entry burn exaggerates the color of lunar meteors.

Why is it so hard to get true color images of the moon? Well the same can be said about earth as well. we know everything isn't blue.

posted on Apr, 9 2012 @ 01:06 PM
link
beautiful!!!
Now that I look at that center picture, I can see the hue difference.. The red parts are distinctivly a "warmer" gray than the "cooler" blue and green parts..
So intriguing.. what a solar system we live in.

I wanted to note, though...
I am aware there are many craters on the moon, you can see the ridges and such...
So why are there a handful of huge starbursts that extend so far?
Their centerpoint is not that large..
There are what looks like much larger looking craters that don't have such a spread of disruption on the surface...
anyone know why that might be?
Why it looks like a bunch of explosions?
edit on 9-4-2012 by PrincessofSwords because: an oopsie

Ejecta is what you mean by the starbursts, and larger dark craters with little to no ejecta are ancient craters formed when the moon was still largely molten, which filled with lava or the earth equivalent magma. Those areas are called mare. The gravity of earth pulled most of the lunar mare towards us. Ejecta from the older likely larger impacts were covered over.

Here are the names of the Lunar Mare.

They were dubbed maria, Latin for "seas", by early astronomers who mistook them for actual seas. They are less reflective than the "highlands" as a result of their iron-rich compositions, and hence appear dark to the naked eye.

posted on Apr, 9 2012 @ 04:14 PM
link
I love seeing these images. It is truly awesome, yet sad that our eyes can't see it. There are loads of sweet moon information/speculation here.

posted on Apr, 9 2012 @ 07:51 PM
link
Would this then be more proof that the lunar landings were fake?, OHHH WAIT< HOW AWESOME FOR THEM EVERYTHING WAS BLACK AND WHITE

posted on Apr, 9 2012 @ 08:03 PM
link
Amazing colors!
Since I love the moon and photoshop, what better way to spend my days when I got nothing else to do?

1:I think I had white balance set to auto,not daylight.
2:I don't have photoshop,so I tried using Canon digital photo pro,and then Registax6.

Sadly the results are not worth posting here-although I did get a few extra colors in my image of the Aristarchus crater.
.
My Bro has photoshop though,so I will try again using that when I have taken some shots using the daylight white balance settings.

Originally posted by Silcone Synapse
I have been trying out this idea,but

1:I think I had white balance set to auto,not daylight.
2:I don't have photoshop,so I tried using Canon digital photo pro,and then Registax6.

Sadly the results are not worth posting here-although I did get a few extra colors in my image of the Aristarchus crater.
.
My Bro has photoshop though,so I will try again using that when I have taken some shots using the daylight white balance settings.


Making a timelapse video made of those enhanced color image of the moon would be amazing
you would need Lightroom though :/
edit on 10-4-2012 by jesiaha because: (no reason given)


Superb post, great work on your photographs and for having the eye to notice the colours. Beautifully re/saturated.


Moon is not monochromatic as we see from earth. see the video

posted on Apr, 15 2012 @ 02:18 AM
link
It seems to be common to "gray scale" or desaturate the moons color in photos. Images released from NASA are usually this way.
Here are some good color maps of the lunar surface from the Clementine mission.
ser.sese.asu.edu...

I really wish they would stop gray scaling the rest of their moon images.


Depends where you are, but it's probably up in the day time. If you know where to look during the day you can see it, but it's usually very dim due to the brightness of the sun.