Will a disaster such as yellowstone bring in a new world order?

It just occured to me that the US has been sitting on a ticking time bomb all this while : Yellowstone, a super volcano which has been long overdue for quite some now.
Imagine it goes off tomorrow...its going to be the ultimate SHTF scenario.... perhaps for the whole world. Could yellowstone be the one event that changes life as we know it? What makes yellowstone different from other game-changing natural disasters is that its right here under our feet and is not some speculative space body like a doomsday comet or asteroid, which we can detect from thousands of miles away.

Here I will try and speculate what I think *might* happen if Yellowstone wakes up.

1. North America...
America would rethink its priorities. They would suddenly lose interest in chasing terrorists and reshaping the middle east. The military would perhaps be called back for massive rescue/reconstruction operations.... OR would continue wherever they are (Afghanistan or in the future, Iran etc) with very low morale knowing their loved ones are in deep trouble up back home. All government efforts (assuming there will be a functioning government left) would be directed towards rescue/rehabilitation/reconstruction of Americans. If not there will be mass panic on every street...deaths, rioting, looting, the works. Complete chaos. 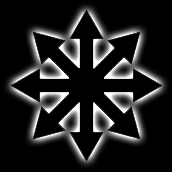 Basically America would be severely weakened and the powers on the other side of the planet would take this as an opportunity and start planning to reshape the world THEIR way. America would bow out of the global stage and we would see "a" new world order emerging... with Russia and China dominating the scene.


2. Israel and the middle east
America gone = Israel scared.
If this scenario ever comes to pass, it is assured that Israel will go into panic mode and be on their toes 24/7. With their only real friend gone, it will find itself all alone in a big bad neighbourhood... with people who have scores to settle with them, and NOT having to worry about an American intervention should they decide to settle a few scores.
Even if Israel takes out a few major Arab cities, it will be the last thing that they will every do. The resulting hordes of Arab/Muslim armies will over run Israel, once and for all. Consider the middle east re-shaped.


3. Religion
Religious groups wil become hyper-active (as they normally do when major natural disaster strikes.)
They will see it as a sure sign that the end is drawing near. Preachers will be quoting Revelations 9:2 over and over again. Interesting to note that muslims believe that a "smoke" is a sign of the end. Not much else is said, but Im guessing that a supervolcano would release so much ash into the atmosphere, that it would look like one giant chimney, definitely an image that will burn into the minds of people. 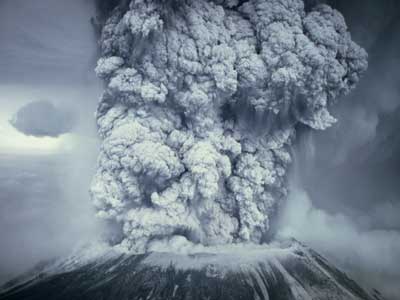 4. Elsewhere in the entire world.
Then we are pretty much screwed globally.
A clear blue sky would become a distant memory... we will all be living under a dark gray sky.... what life might be after the initial panic in our respective countries is anyones guess. But one thing is certain, the world having come under a single calamity will finally realise a need to unite. Global politics will be re-shaped. New coalitions will be made... and a new world order will arise, whether power is held by one body or as a global federation.


6. Those who are already attempting to establish a new world order....
Natural disasters on a magnitude such as yellowstones are something they are unprepared for.
Such disasters, might do one of two things...
Completely rout their plans for world domination and free humanity from their grip once and for all.
OR
Complely work towards their advantage, giving them the opportunity to re-shape the world the way they want to.
If so, then society would be in their hands, if they provide a "solution" to the effects of a Yellowstone event. Food... running water.... shelters... electricity... protection etc. Survivors will be herded like cattle in a barn.

7. Society
As part of rehabilitation/ rescue operations, authorities would exercise strict control over society.
RFID tracking devices would be introduced as beneficial for people in the crisis. What better reason would a government need to convince people? "Its for your own benefit".

It is from this point onwards that we may enter a new world order....

posted on Nov, 19 2011 @ 02:56 AM
link
If Yellowstone blew you could bet the US would be severely weakened because there would be very little left. Also other countries would looking after their own survival instead of taking over another country.

posted on Nov, 19 2011 @ 03:03 AM
link
One has to wonder, with our defenses lower via the volcano, would other countries take advantage and attack us?

posted on Nov, 19 2011 @ 10:35 AM
link
you guys are joking right? yellowstone is E.L.E when it first goes off every thing withing ooo 1000 to m1500 square miles is well nuked . Then the dust and hot ash will start its way east anything and everything from there to newyork will be dead as in dead between the heat and ash breathing will not be possible .
in the first week oo estmate 100 million or so dead .
now i am sure you think its over right?
well the cloud of ash is just getting started as it reaches higher up and blocks out teh sun and temps drop drasticly over the next 3 months and we start skiing in florida .
Now the crops fail around the world well forget it . I am sure if yellostone goes off it will just by pass you anyway.
can you say extinction


Fine, but what if yellowstone is not an extinction level event? And somehow leaves behind survivors...? even in America? No one can say exactly what the impact of yellowstone would be for America.

It might wipe out all human life.... OR it might just cripple the country thats been sitting on it. We can only find out once it blows.

My point is that America would be so devastated that the world would naturally see the emergence of a new order... run by players not so affected by the yellowstone disaster. They would obviously reshape the world the way they want it to, once America is gone as a superpower.

Most NWO theories operate without considering a scenario where a key player is abruptly pulverized by a natural disaster that no political power can predict, control or resist.

If Yellowstone goes off, and it does not annihilate everything on the planet... then every conspiracy involving a new world order will have to be re-looked at.

posted on Nov, 19 2011 @ 12:46 PM
link
The three big eruptions at Yellowstone have been incrementally decreasing in severity. So the chances of eruption are slim to begin with, but the chances of an ELE event because of Yellowstone are so small, that even Obama's brain is bigger than that. And that's pretty small.


the chances of an ELE event because of Yellowstone are so small, that even Obama's brain is bigger than that. And that's pretty small.

Wow.
I am not exactly an Obama supporter. Heck, I am not even American.... but dragging in Obama into a topic about a cataclysmic event involving a supervolcano.... I.....nevermind.

Originally posted by sk0rpi0n
.... but dragging in Obama into a topic about a cataclysmic event involving a supervolcano.... I.....nevermind.

Oh, you better believe Obama would be involved in a cataclysmic event involving a supervolcano. THAT supervolcano, yes. Or any others, for that matter. But Obama or no Obama, if anything happened at Yellowstone, chances are it would be a smaller event- like a hydrothermal explosion. They have those from time to time, so scientists expect them- even as potentially dangerous as they can be.

A big enough hydrothermal explosion during a crowded time in the park could be deadly. But ELE event not.

The New World Order is being brought in by humans. But if anything would bring in a NWO faster than it's already being shoved down our throats, it would probably be an attack by aliens from the universe.

On the other hand, that could already be happening in a different way:
1) Current civilization leaders probably been in touch with them covertly now for who knows how long.
2) On a universal level, the Earth probably has to have some kind of NWO to be able to participate on the universal level and deal with the Intergalactic Council- or else we'd be viewed as just some rogue, unruly planet of monsters- which at this point too many still are. Monsters with nuclear weapons looking for ways to weaponize space, that is.
3) Despite the fact that could be the case, on the Earthly level, humans still struggle with the concept of aliens and other worlds. We're no more ready to be represented at the Galactic table than a bunch of chimps would be at a royal wedding dinner table.

And that's probably why we are not.

Just letting the mind wander a bit I suppose.

posted on Nov, 19 2011 @ 03:18 PM
link
small humm lesser and lesser eruption humm head in sand?
yellow stone has incressed in earth quakes the land its self inside has risen over 6 inches in teh last 40 years the magma chamber has been discovered to be incressing in size .
You can stick your head in teh sand if you wish yellow stone goes IT IS E.L.E and yes some people will survive even here in the states . E.L.E does not make us dinos its just makes us wish we were for the next 20 years.
ut hey maybe it wont be yellowstone maybe it will be tobol (heck it almost took us out once 75k years back
Or maybe one of teh other 5 or 6 super volcaninos . like the comit or metor its not a question IF this happens BUT WHEN it happens .