And a way out theory?
6) The moon is made of cheese and the anomaly is a ginormous slice of Cheese Cake 🍰

Heyyyyyy Jimmy O (Mr. NASA) do ya got an opinion?

None of the (webpage clickable) immediate preceding picture frames in the film strip have this anomaly.

Bug on a lense?
swamp gas?
sure let's ad ginormous cheese cake to the list...

Add late: The following is pure BS because I was not aware it was an moon orbiting spacecraft Apollo 8 but an Earth orbiting telescope.

And there is no triangle like that, so we can exclude a lot of points in your theory. NASA editing it out constantly would not edit it out of my life, if I look at the moon with my bare eyes.

For that to work, you would have to introduce more parameters to make it possible, like a conspiracy on having a hologram that covers it for everyone looking with eyes and telescope.

There is no triangle like that on the moon. If for all, it was there a short moment and even then, as we see the moon is lit up, it would be visible from earth. Someone would have picked it up.

I don’t think it’s on the side that faces the Earth….

Im starting to think we never went. I was always a believer due to the mirror up there you can bounce laser beams off of. But that could have been landed on the moon in a crude way similar to landing rovers on Mars, but easier with lower gravity.

My buddy argues the aliens are cover for gov tech. I tell him, then where is the gov tech?

I am starting to think the same about the moon now. If we were there 50+ years ago, then what is going on, why do we not have a base or ever been back? Why have no other countries accomplished it? Why does the stuff at the Smithsonian look like toys compared to what you would expect them to take to the moon?

Also, why have we sent so much to mars if they jeep finding a bunch of nothing? Seems we should have a moon base. It doesn't add up.

Ah damn I oversaw the Apollo 8 part and thought it's from a telescope orbiting earth, as I thought that's part of Earth's atmosphere in the lower left corner, that arc with visible coloring into the corner.

joking aside, here is a website that lets you magnify the image

Thank you. It looks like a processing error now. Compare the edges of the triangle and it's features, especially in the left lower corner of the triangle, with the artifact above the moon.

Same texture, same border pattern, even the grid like textures appear in the same fashion.

Definitely. It is definitely a processing error or just the ol' gate to hell. Either way I am satisfied.

originally posted by: TheAlleghenyGentleman
a reply to: Ophiuchus1

joking aside, here is a website that lets you magnify the image

A NASA joke! It actually looks like a slice of Cheese Cake!

Once you get past the laughter of a slice of Cheese Cake…..and assuming it’s not a NASA images lab technicians joke….

It looks as though the black edging are the inner side walls of an entrance and the object is either rising from it or lowering into it…. 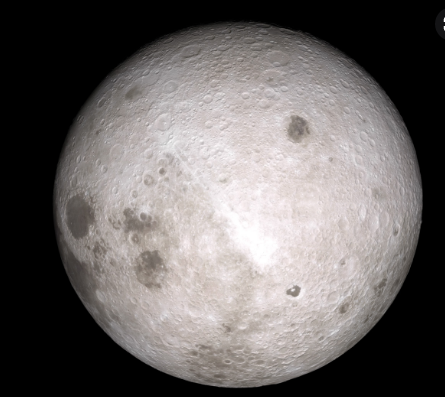 So you have two photo's without it and one with. More than likely it's just a bad negative.

posted on Jan, 13 2022 @ 12:44 PM
link
Apollo 8 was the first crewed spacecraft to leave low Earth orbit, and also the first human spaceflight to reach another astronomical object, namely the Moon, which the crew orbited without landing, and then departed safely back to Earth

posted on Jan, 13 2022 @ 12:45 PM
link
My vote is PERHAPS there was a gigantic spacecraft that shape underground and once they got word humans were going to land they booked it out of there. Only why wouldn't they have known they were being filmed leaving?


a reply to: Ophiuchus1

originally posted by: grey580
a reply to: Ophiuchus1

So you have two photo's without it and one with. More than likely it's just a bad negative.

You would think that a bad negative would be discarded, especially the raw negative but instead a picture is developed into a photograph and then its presented for all to see.

You have to wonder if there were other frames after AS08-18-2908 showing possibly more, but deleted from the film strip.

originally posted by: chris_stibrany
My vote is PERHAPS there was a gigantic spacecraft that shape underground and once they got word humans were going to land they booked it out of there. Only why wouldn't they have known they were being filmed leaving?


a reply to: Ophiuchus1

They could do what we do……we hide stuff when enemy satellites are headed overhead our sensitive facilities. For the timing of the shot….the anomaly may have dropped the ball on their detection methods….

I know! I # up royal because I looked at the pictures directly, saw the glare down "atmosphere" and just thought it's from a satellite. Didn't even look long enough to grasp that the surface is completely different to what I am used to.