Jumped into the Nikon world

I've been wanting to downsize, meaning get into some lighter and more portable gear. **Think mirrorless** I looked hard at Canon, because I can use most of my existing lenses with an adapter (and still have the electronics work). However, Canon is just not that far along in the mirrorless market. I looked heavily at Leica, but it's just too expensive to justify, and I looked carefully at Lumix, Olympus and Sony too. They're all great (especially Lumix (Panasonic), Olympus and Sony). However, Nikon has some really nice stuff, and Nikon's are hard to beat in terms of picture quality. In fact, I've always envied Nikon even as a Canon guy.

I'm pretty excited to get my Nikon mirrorless stuff. I researched long and hard about 4/3'rds vs. APS-C formats, and ultimately ruled out Olympus (mostly 4/3'rds) and Lumix (more geared toward video). Sony I ruled out primarily due to price; they're right up there with Leica for a decent camera. Canon is just behind the curve with AF and some of the other features in mirrorless. That left Nikon (and Sigma, but that's another story). So I went for Nikon. I think I made the right choice.

Anyone else here into the mirrorless world of photography?

Love to hear your thoughts and comments.

Welcome to the club. Been a Nikon fan ever since I studied photography many years ago. Thinking a lot lately about getting back into it, but I have to admit the mechanics of mirrorless is something I've never looked in to. How does the viewfinder actually work without a mirror? Is there any problems with parallax error?

I've done a BUNCH of research on / into mirrorless. It truly is the next generation. For full sized gear, I'm still a hardcore Canon guy (always envied Nikon though), but this is my first foray into Nikon, and into the mirrorless world.

I'm looking forward to it. Should be good for street and industrial art photography. Very portable. Less than 1/3rd the weight of my Canon setup.

posted on Dec, 31 2021 @ 06:14 AM
link
a reply to: Flyingclaydisk
I think you will like that Z series Nikon, whatever model you ended up with. Since you grew up with film as I did, you might want to consider setting up a back button focus on that camera. It will give you a bit more control over the AF than the half-press will.

If you don't mind, share a sampling of your work with us sometime. I have a photo thread around here somewhere. So does member WestCoast. Nothing fancy, it was for fun.

Who are your influences for Street work? Winnogrand? Cartier? Maier? Weegee style?
If you like industrial art, do you wander into the territory of urban and rural decay as well?

Good, glad you found a camera that's tight for you.

Why not get some shots of the ranch during a sunset? 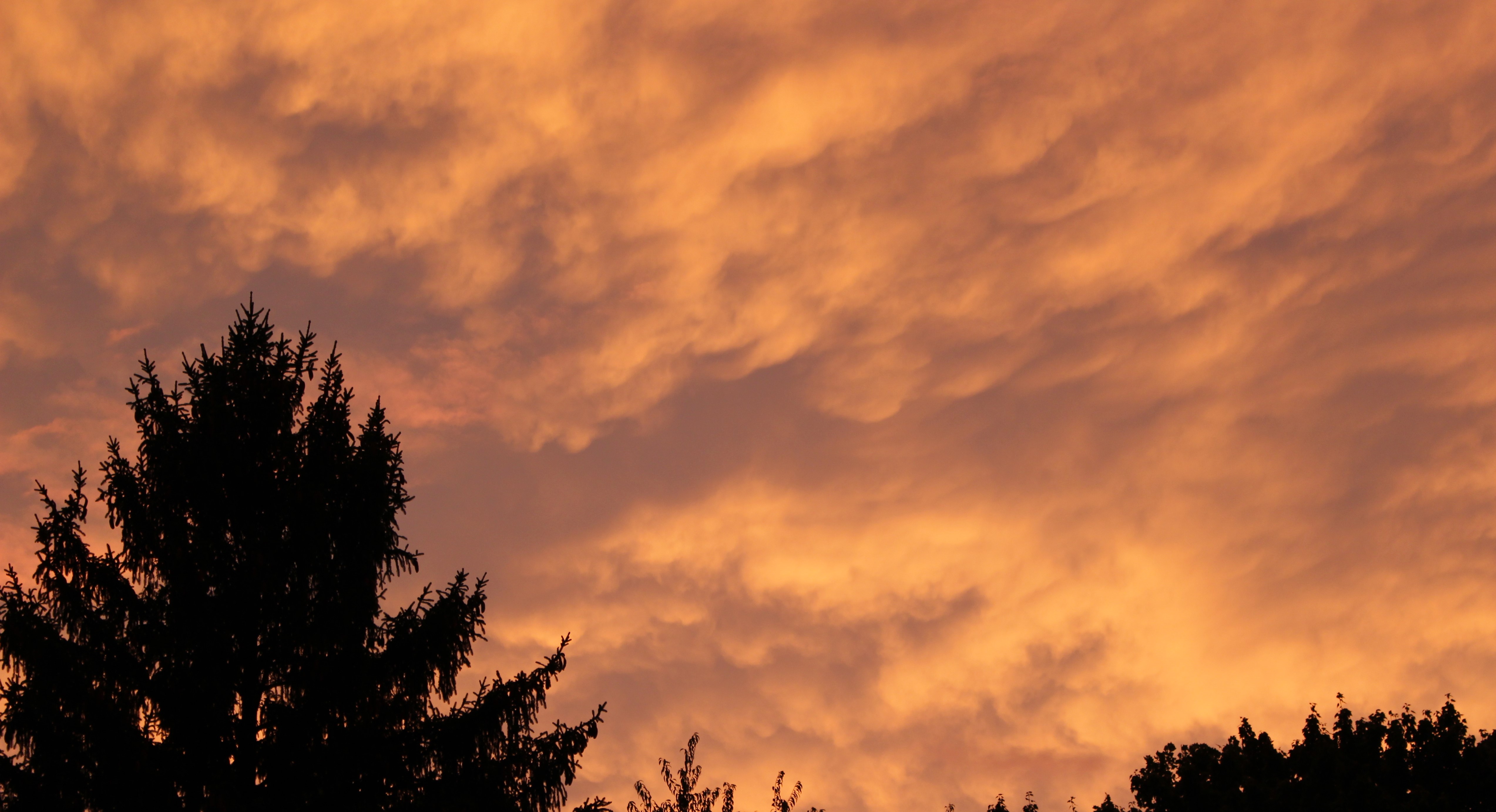 Or anything that catches you and you're camera's eye. 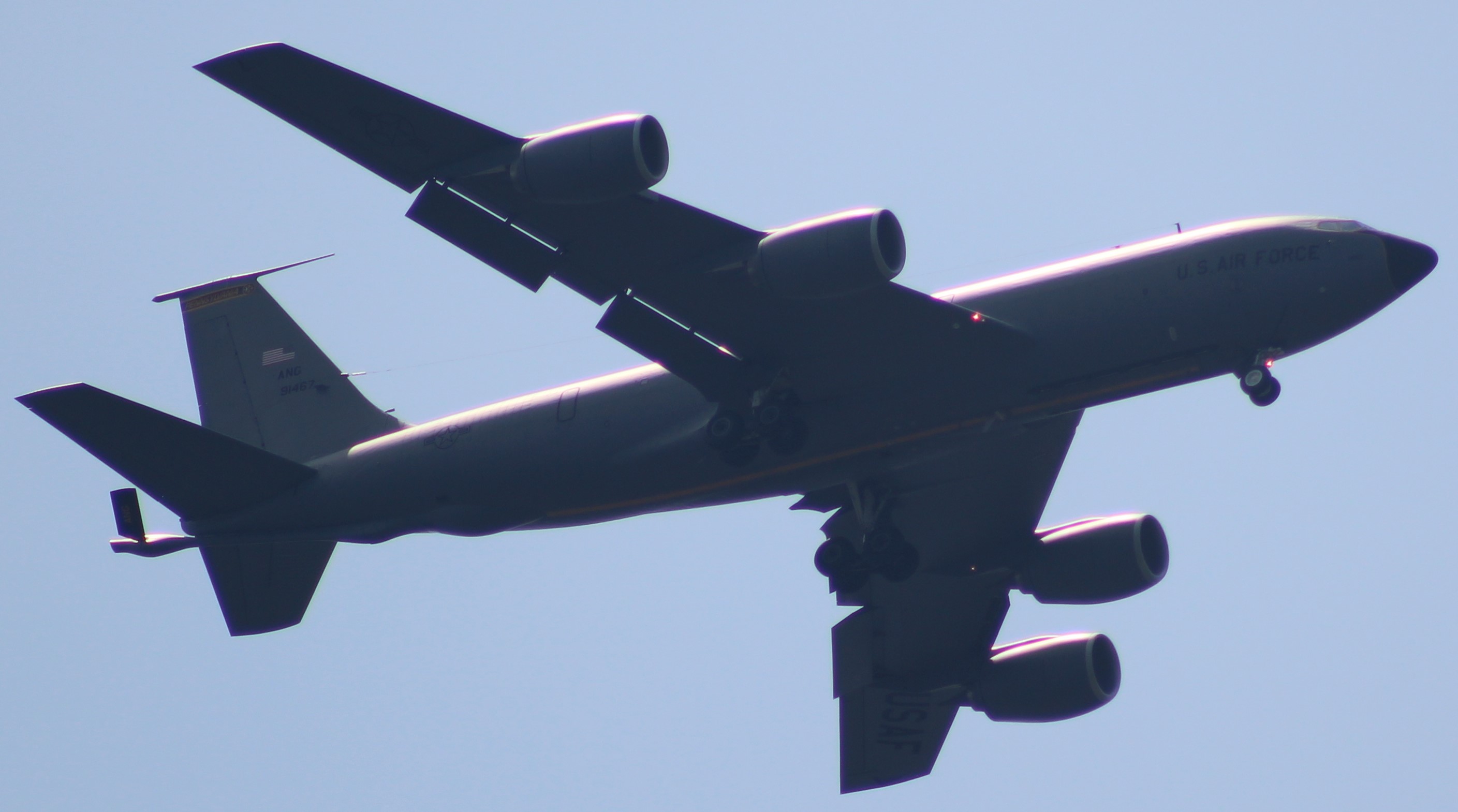 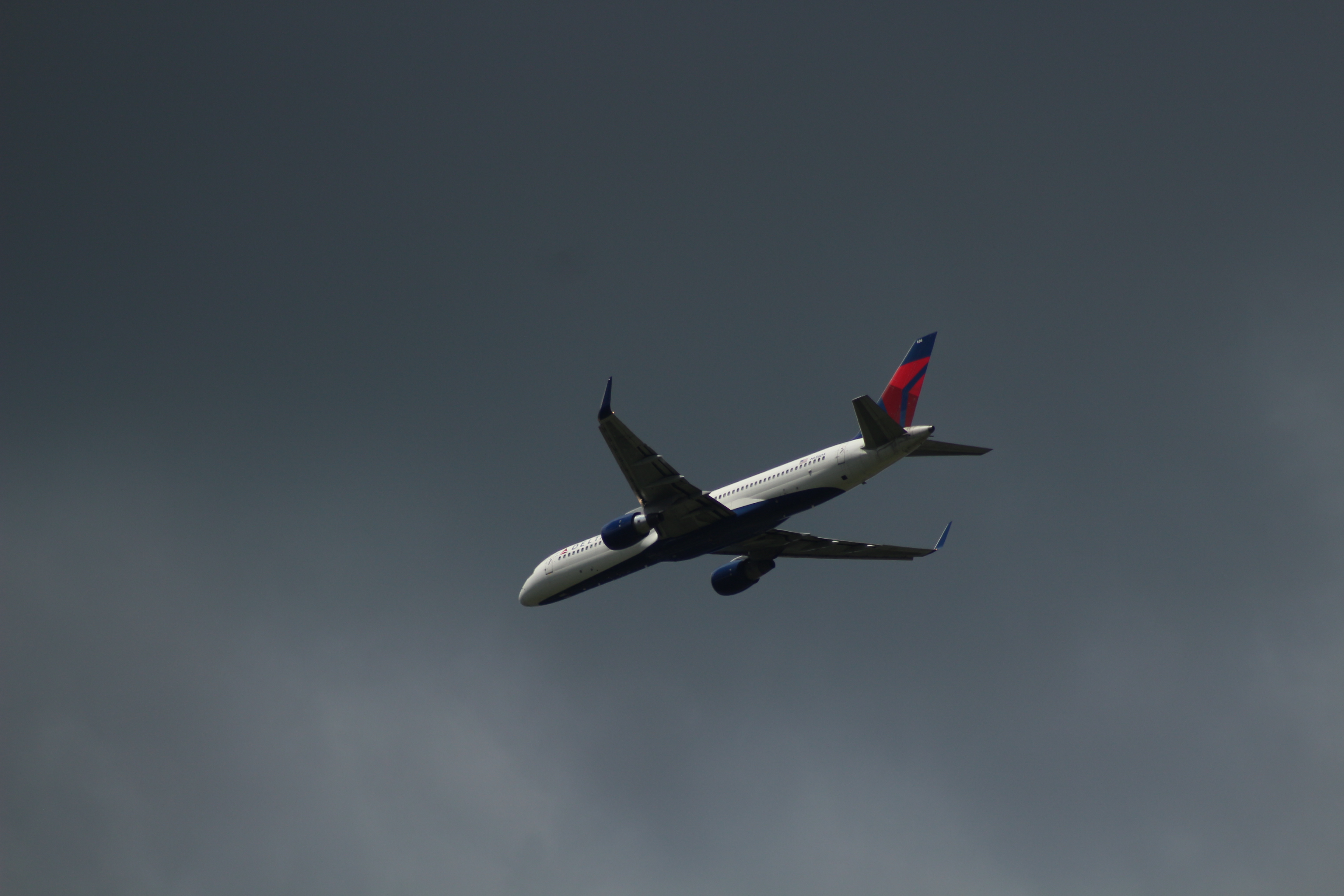 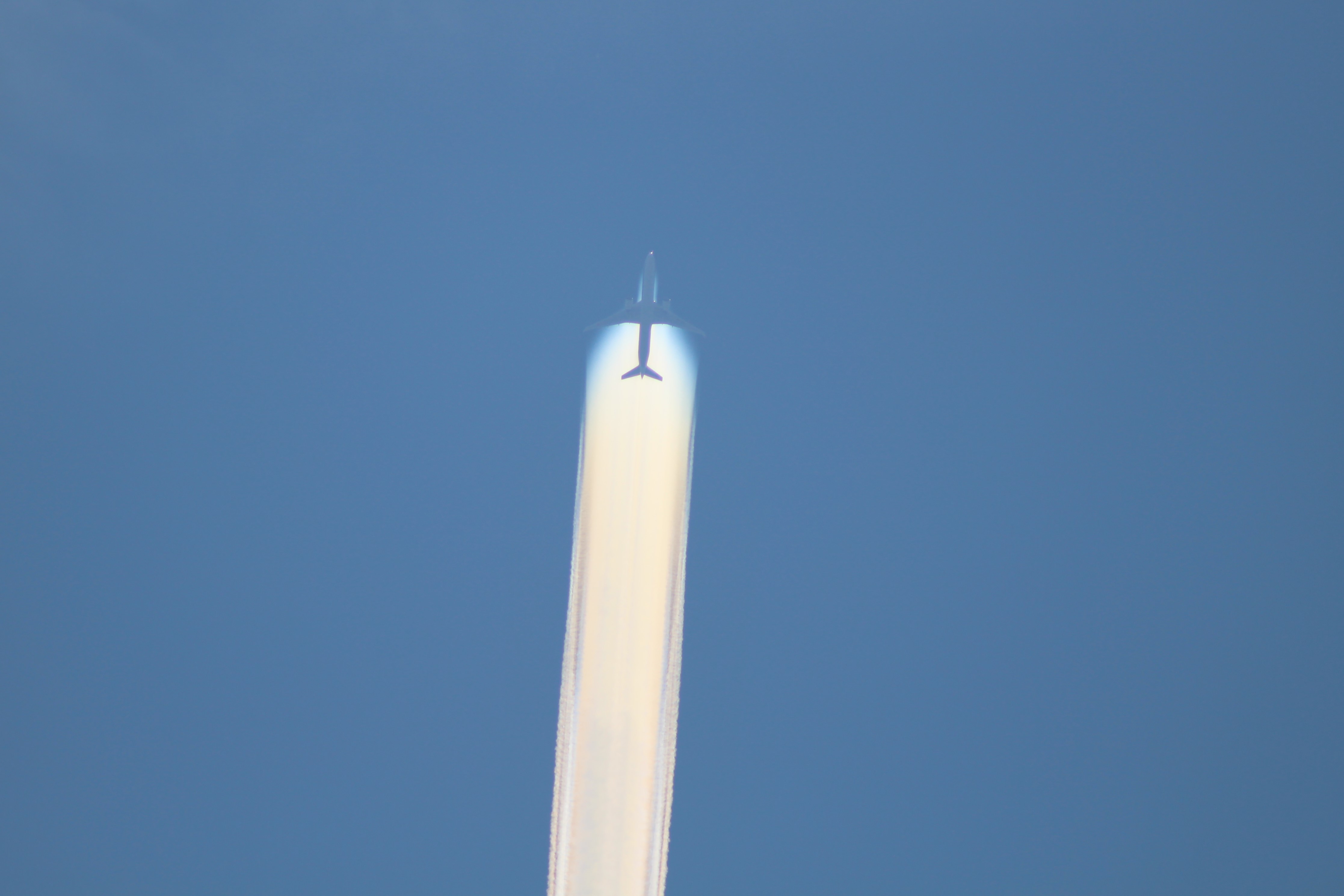 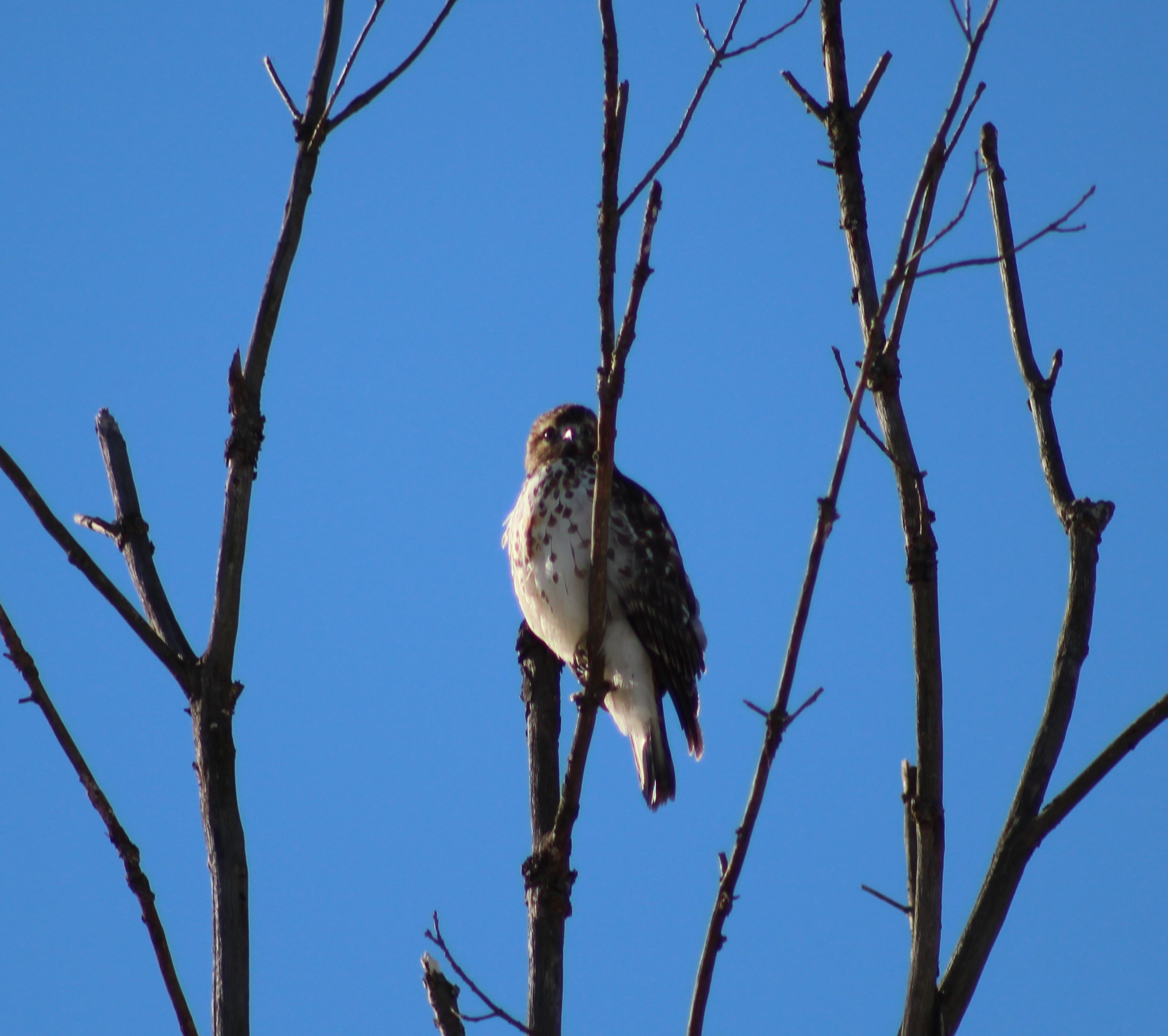 Cliffs in Ireland. I lost my lens cap here because the winds here will blow you back to Dublin. 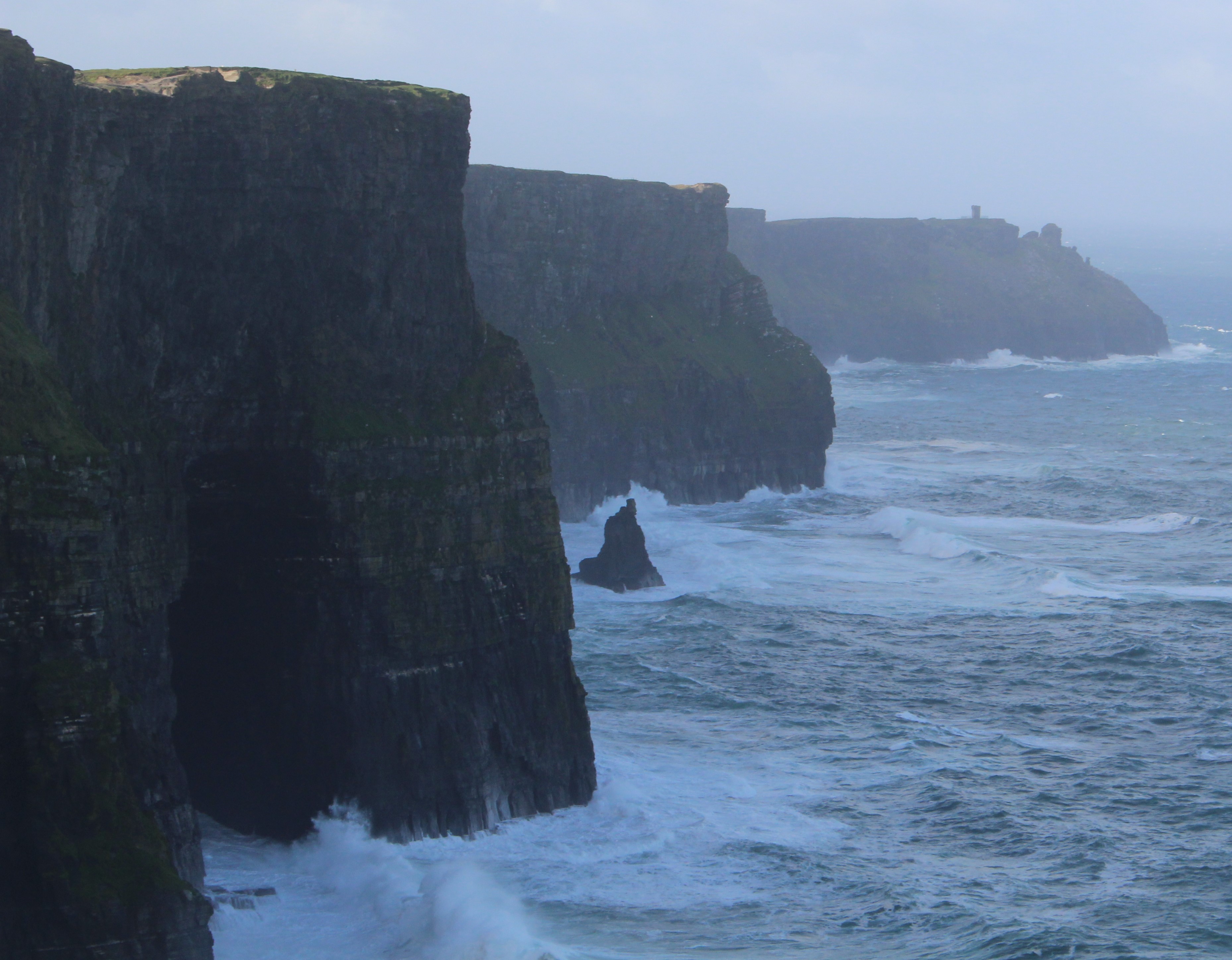 originally posted by: Klassified
a reply to: Flyingclaydisk
I think you will like that Z series Nikon, whatever model you ended up with. Since you grew up with film as I did, you might want to consider setting up a back button focus on that camera. It will give you a bit more control over the AF than the half-press will.

Thanks! I've been reading quite a bit about that lately. One thing I found interesting is how many people just absolutely freak out about the accuracy of AF, just freak completely out like it's the end of the world. I came from the MF world, and if I want to take a highly detailed macro shot or something I'm going to use MF anyway, so I kind of chuckle when people just lose their minds over AF accuracy. I mean AF is nice for fast moving stuff, especially servo AF on burst shots, but I don't lose my s# if I get a couple shots out of focus. I guess people don't really understand how the technology works and just expect it to be magic or something.

If you don't mind, share a sampling of your work with us sometime. I have a photo thread around here somewhere. So does member WestCoast. Nothing fancy, it was for fun.

I will do that. For the last few thousand shots I've been torturing my Canon DSLR with pictures of nothing, just working on refining DOF and aperature / ISO / speed settings in all manner of natural light conditions. Also practicing aim shooting from the hip and other stuff like that. I'll dig out some of my other pictures and post some of them at some point.

Who are your influences for Street work? Winnogrand? Cartier? Maier? Weegee style?
If you like industrial art, do you wander into the territory of urban and rural decay as well?

I honestly can't say I have a favorite single photographer at this point (beyond Ansel Adams, but he's not a street guy really). I'm really just starting to get into street stuff more seriously, so it's still kind of early to say.

Urban and rural decay is something I'm all the way into! I probably should have said that instead of just saying 'industrial'. Absolutely love that theme. In fact, I've often thought about writing a coffee table book on the subject. Abandoned military bases from the Cold War are high on my subject list, especially in B&W format. They're just so hard to find anymore, with so many of them getting reclaimed and/or repurposed. IR is cool sometimes too, but I believe you really have to set the tone first before you start throwing a lot of IR pictures out there. A lot of people will use IR as an excuse for just plain bad photography, and I believe you need to demonstrate your skills first, and then maybe throw in a few IR shots just to mix things up. Color is great also for graffiti.

Speaking of graffiti, there is a place in Spain that I would just LOVE to go to for some awesome graffiti. There was a thread here on ATS about the place several years ago. I helped the OP figure out the exact location in hopes he would go there and take some more pictures (he lived in Spain, not far from the location). It was an old abandoned federal police station on the coast. I'll have to see if I can go back and find it. Craziest thing I've ever seen, graffiti wise! All one artist, and it must have taken years to do, guy was like a Graffiti Savant. It's like the Sistine Chapel of graffiti, if there ever could be such a thing. Highly detailed and chocked full of codes and ancient writing. The dude was either brilliant or completely out of his mind, but it truly is amazing someone could produce something like that.

That 3rd and 5th picture are both pretty impressive. I'd really like to know the atmospheric conditions which led to that 5th picture, it's very unusual. Normally, you don't see contrails like that at all. In fact, I don't think I've ever seen a contrail like that ever. Normally they form well behind the aircraft and are a result of the heat from the exhaust, but that's not what's happening in your picture. It's the aircraft frame itself causing the contrail which is very, very, unusual. You'll see stuff like that down low on a very humid or rainy day, but never up high on cruise like that.

Sorry, i just got back to this.

July, Pittsburgh, hot clear yet very very humid. That aircraft was at around 23,000 feet out of IAD Washington Dulles.

Yeah, the sky's were clear. But humid as all get up. Infact, that pic was taken at Allegheny County Airport. Same day I took pics of the medevac and WWII aircrafts together.

The resolution is not so good on some as ats can't handle it. 👍🏼

See the clouds wayyy off to the north east back there... and the humidity? Above was clear looking, but 🎶🎵don't be fooled🎶🎵. 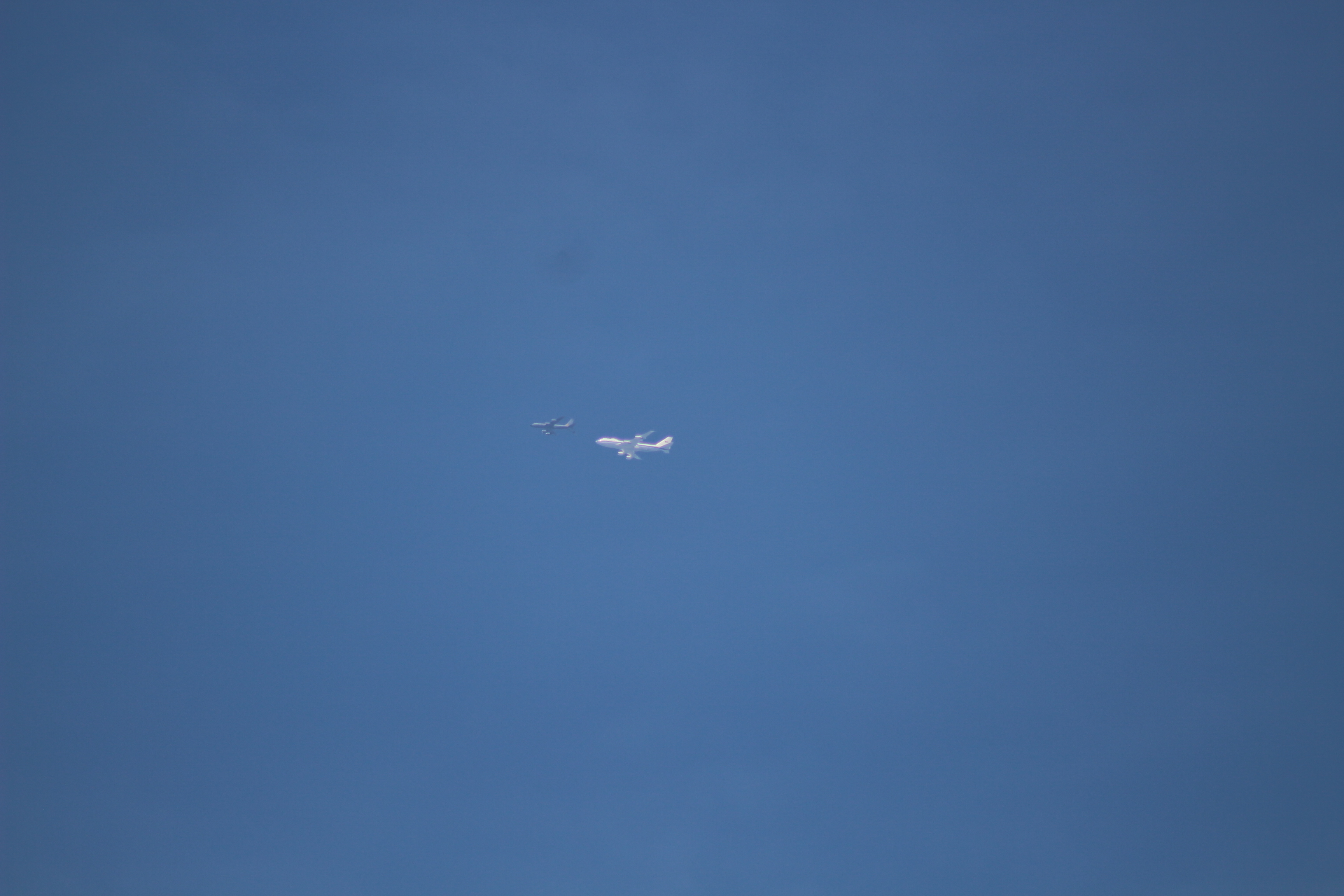 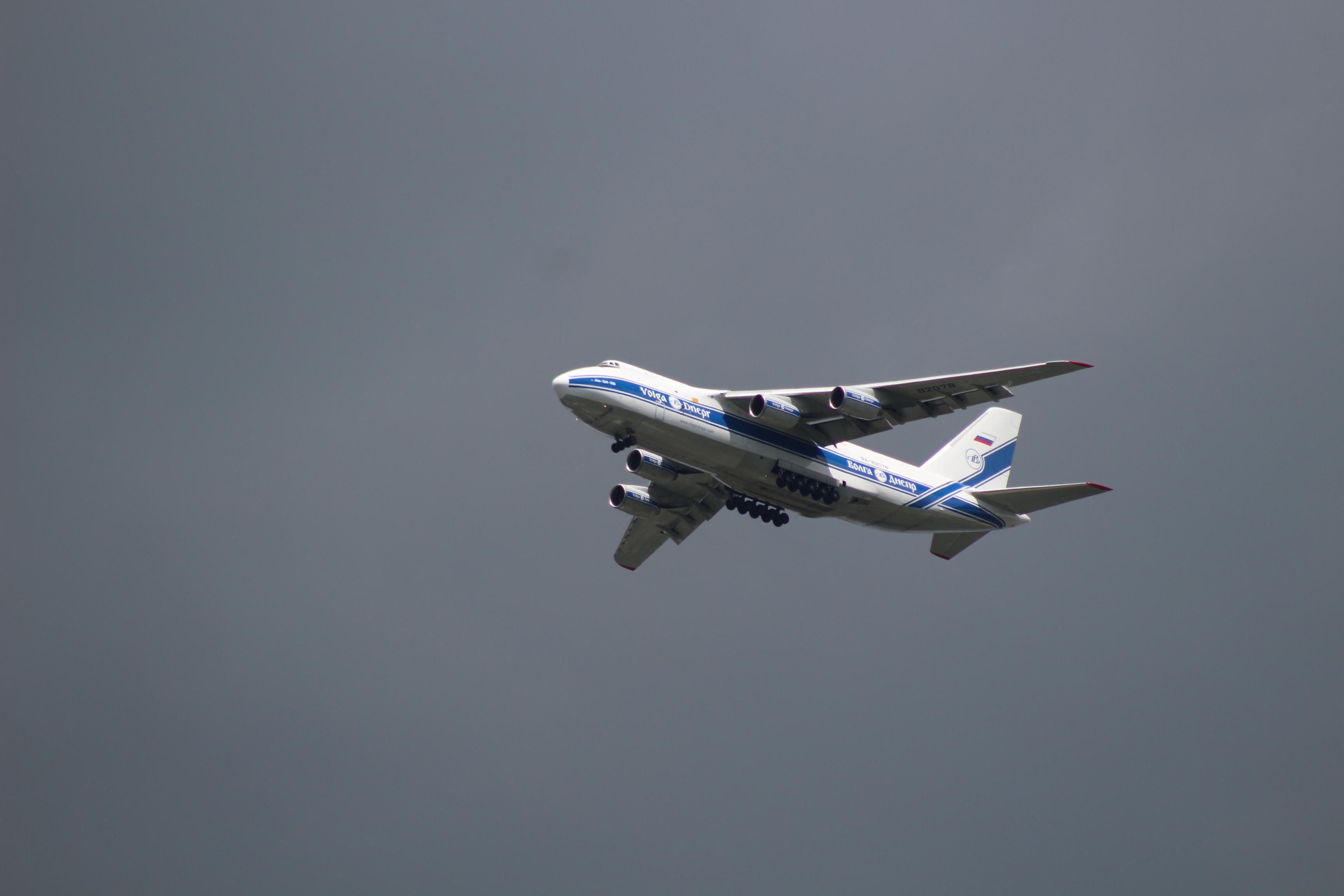 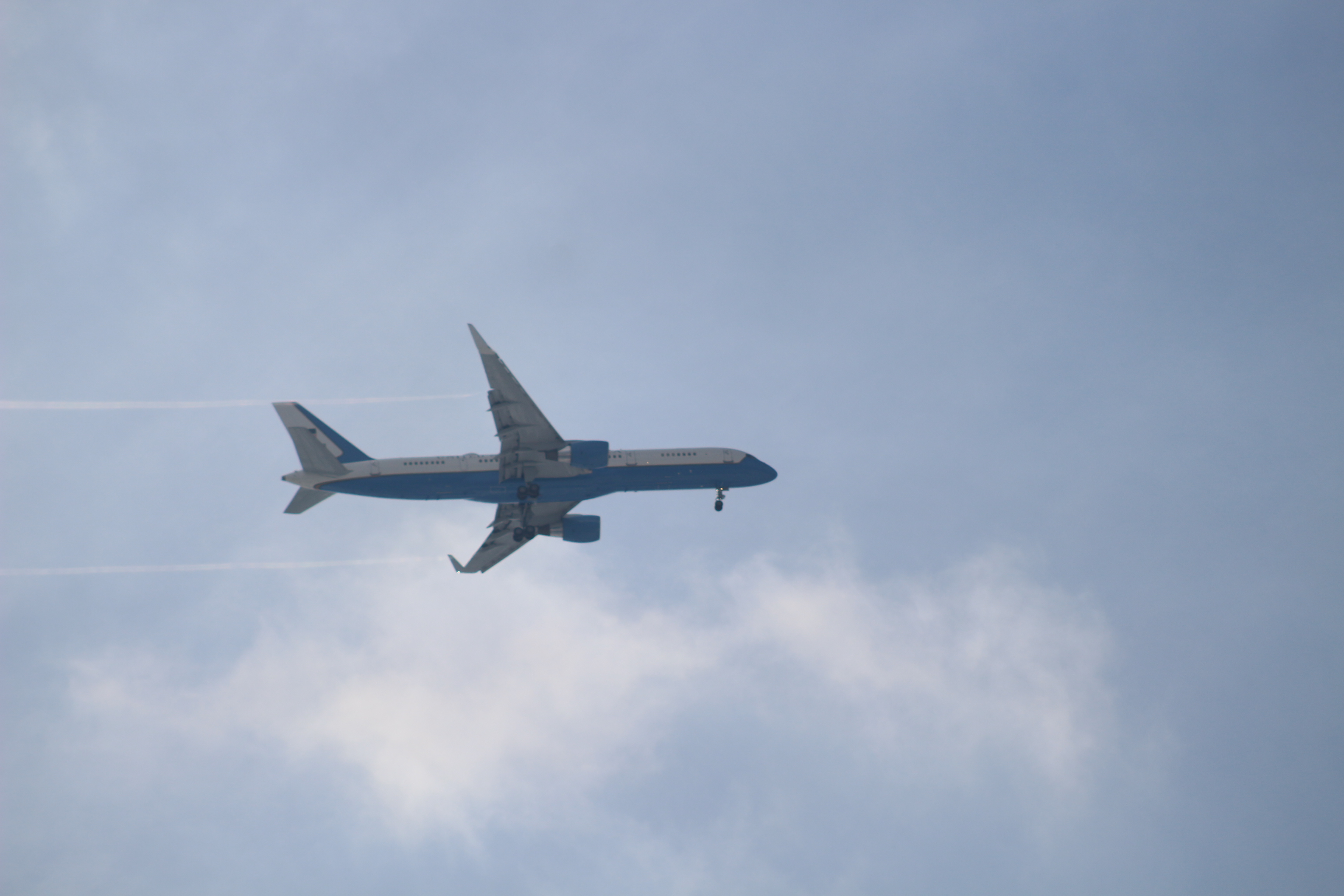 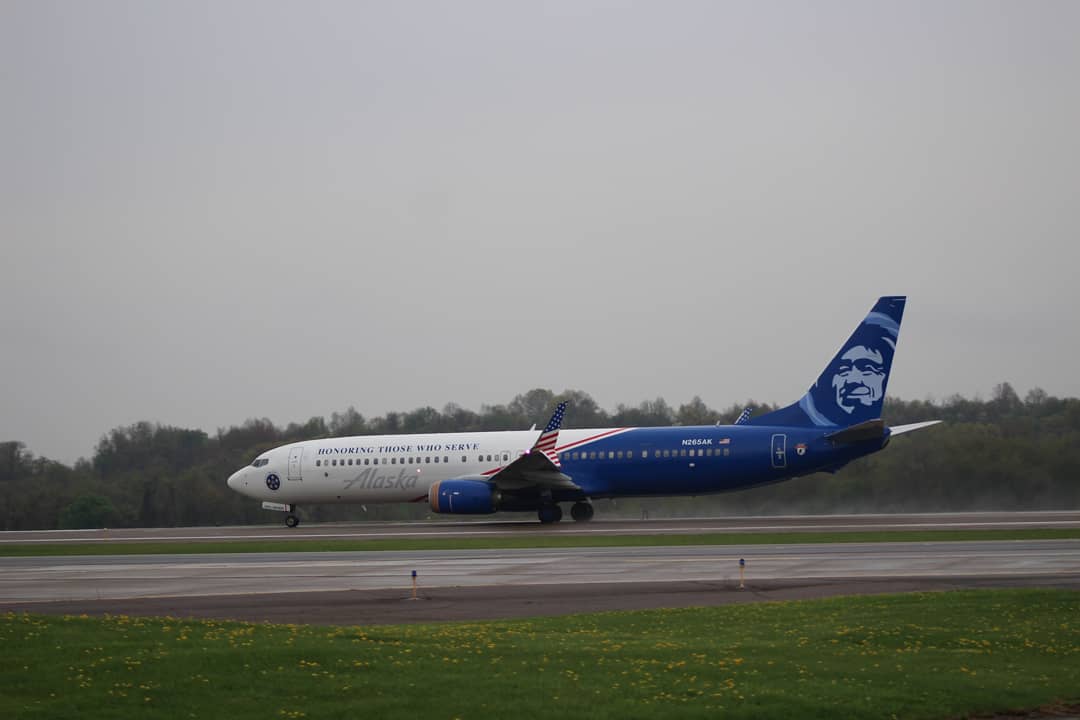 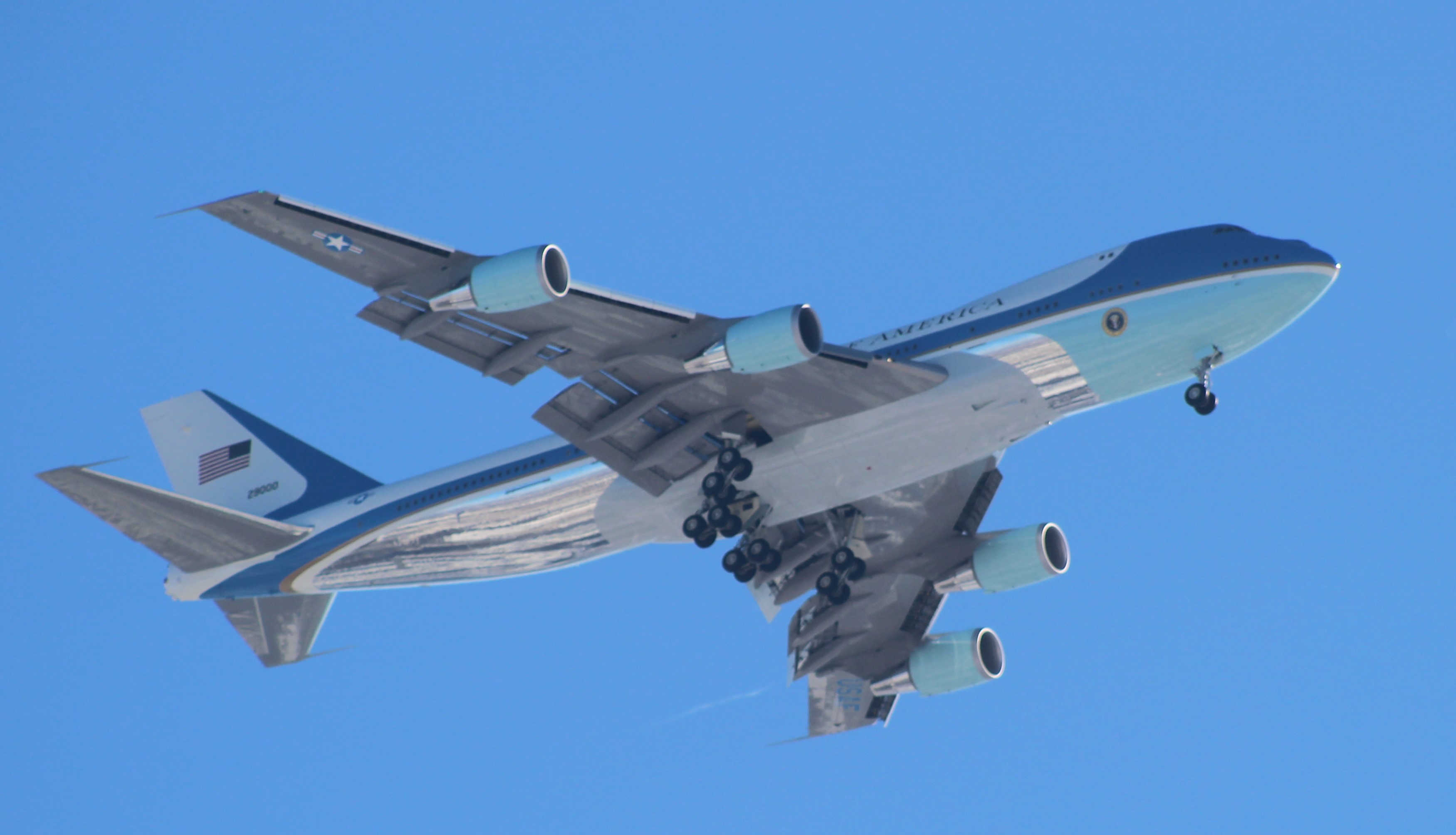 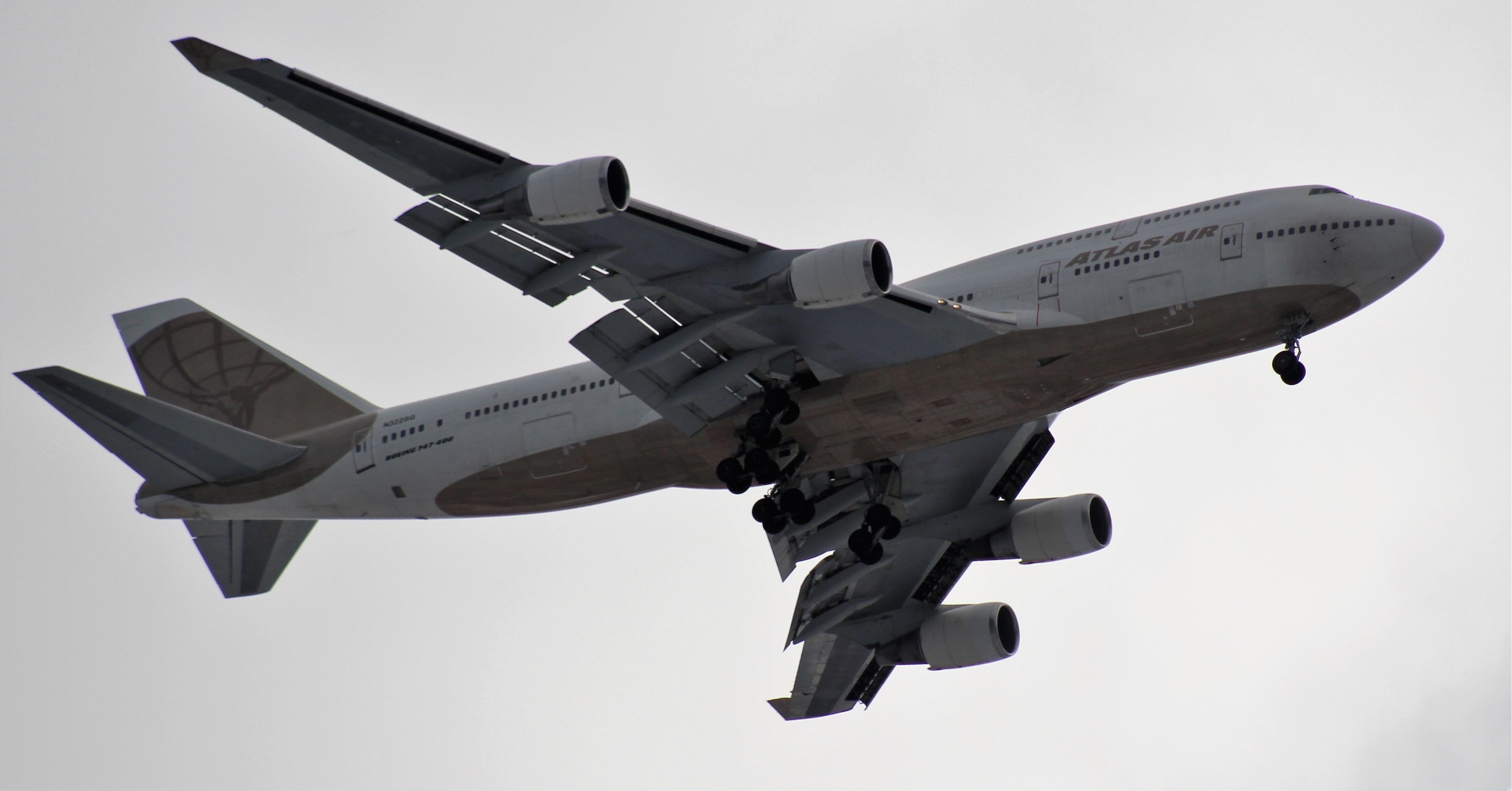 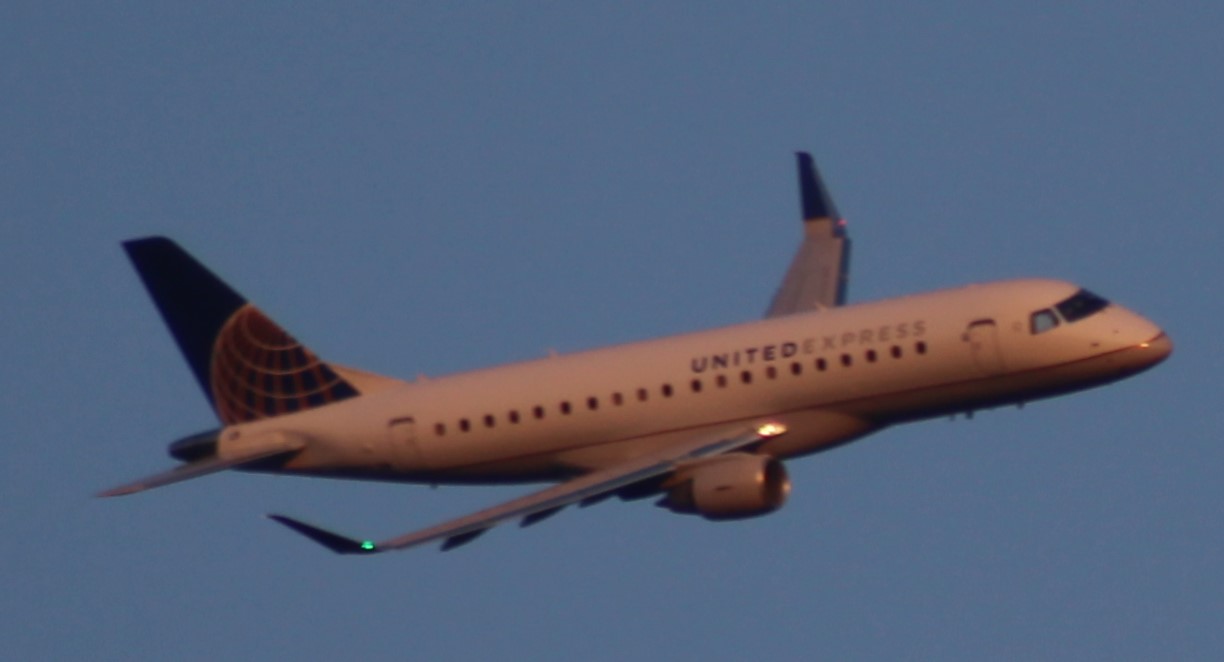 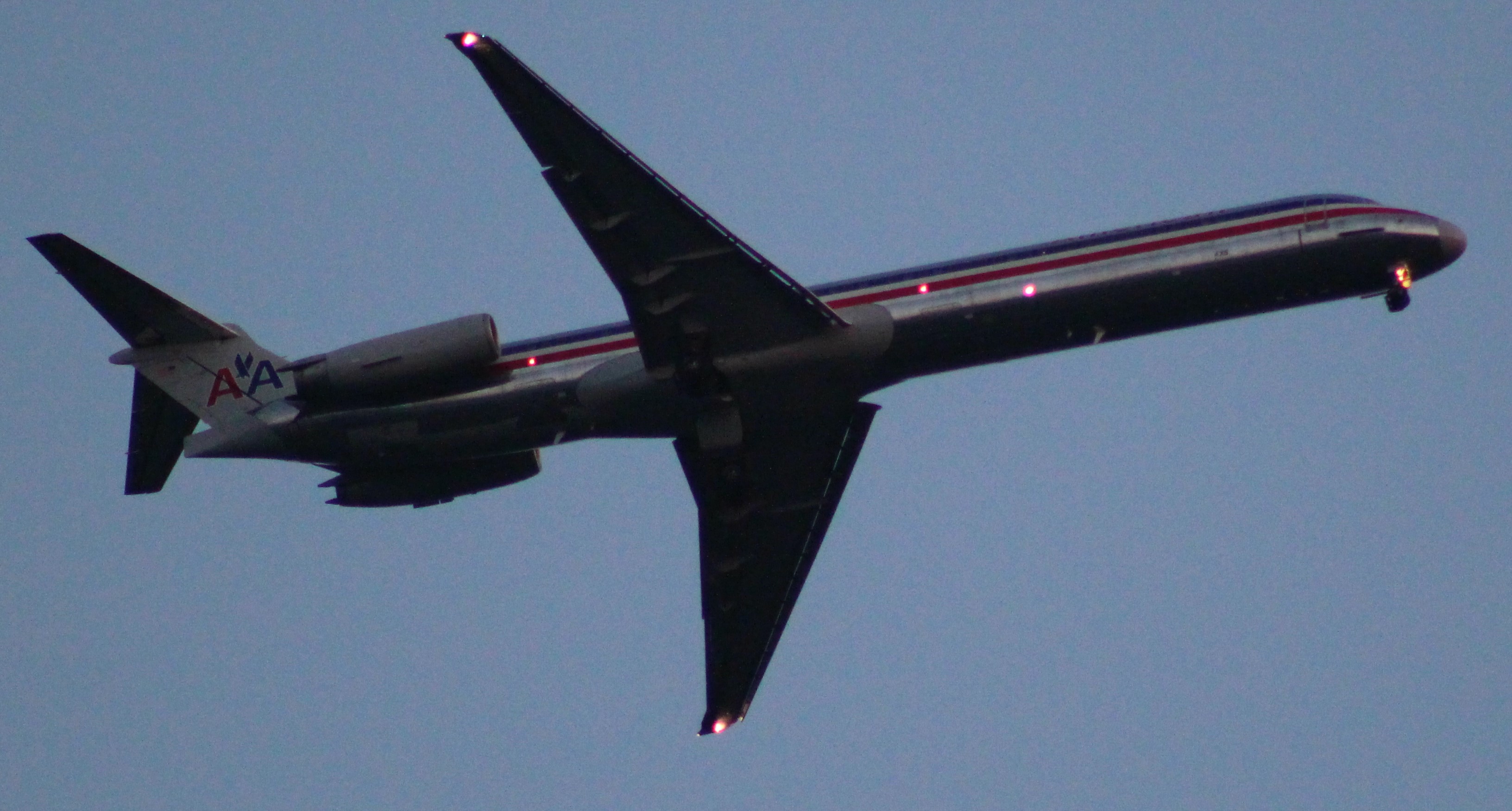 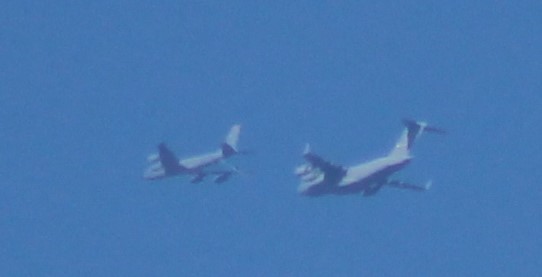 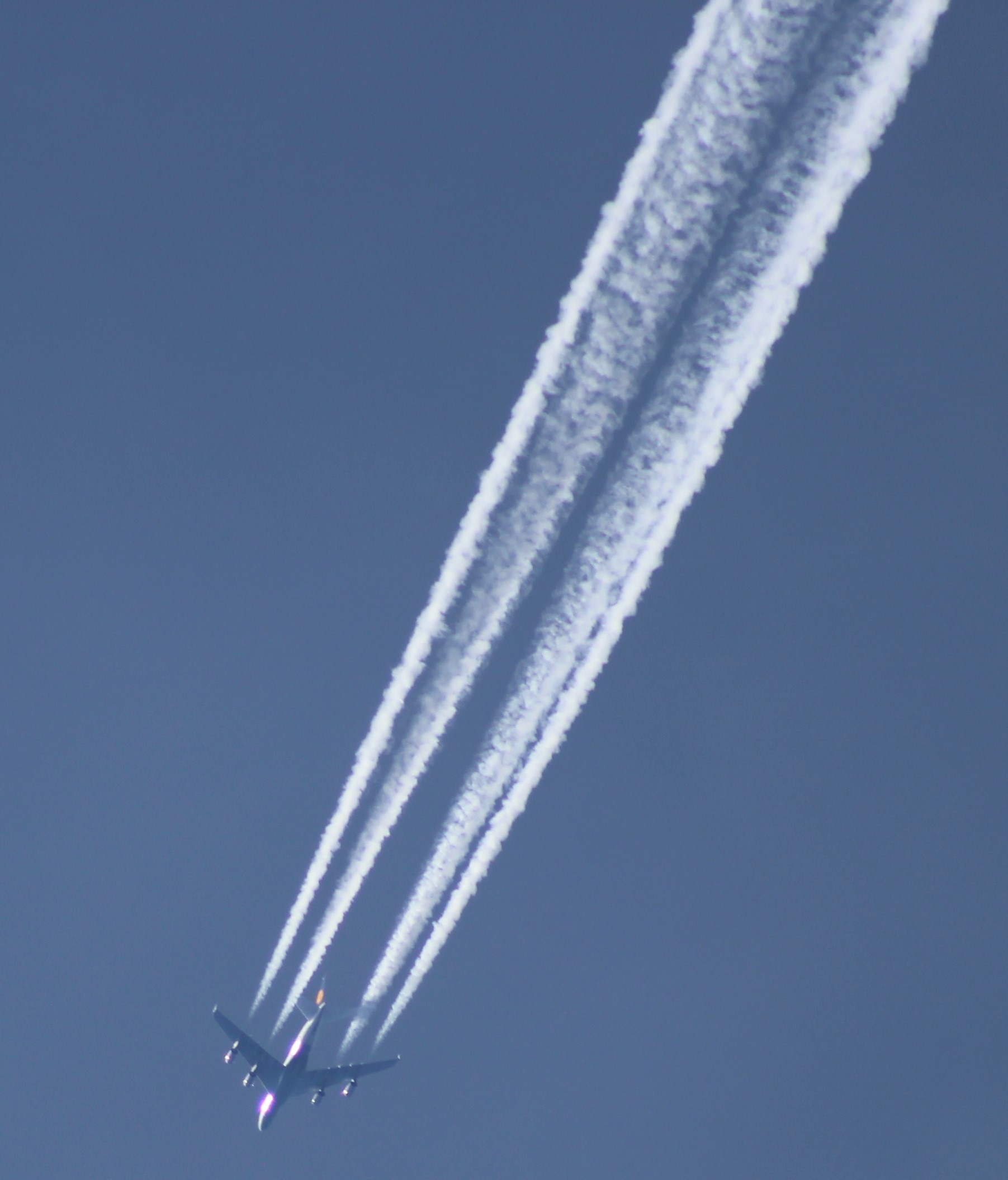 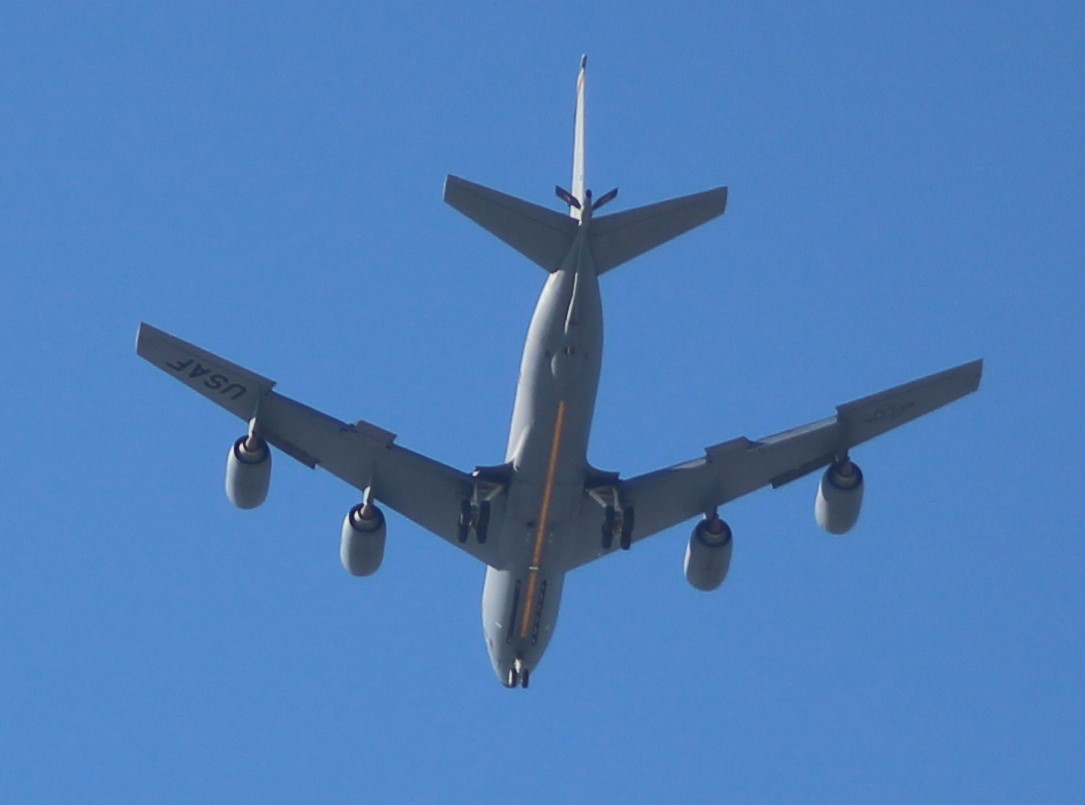 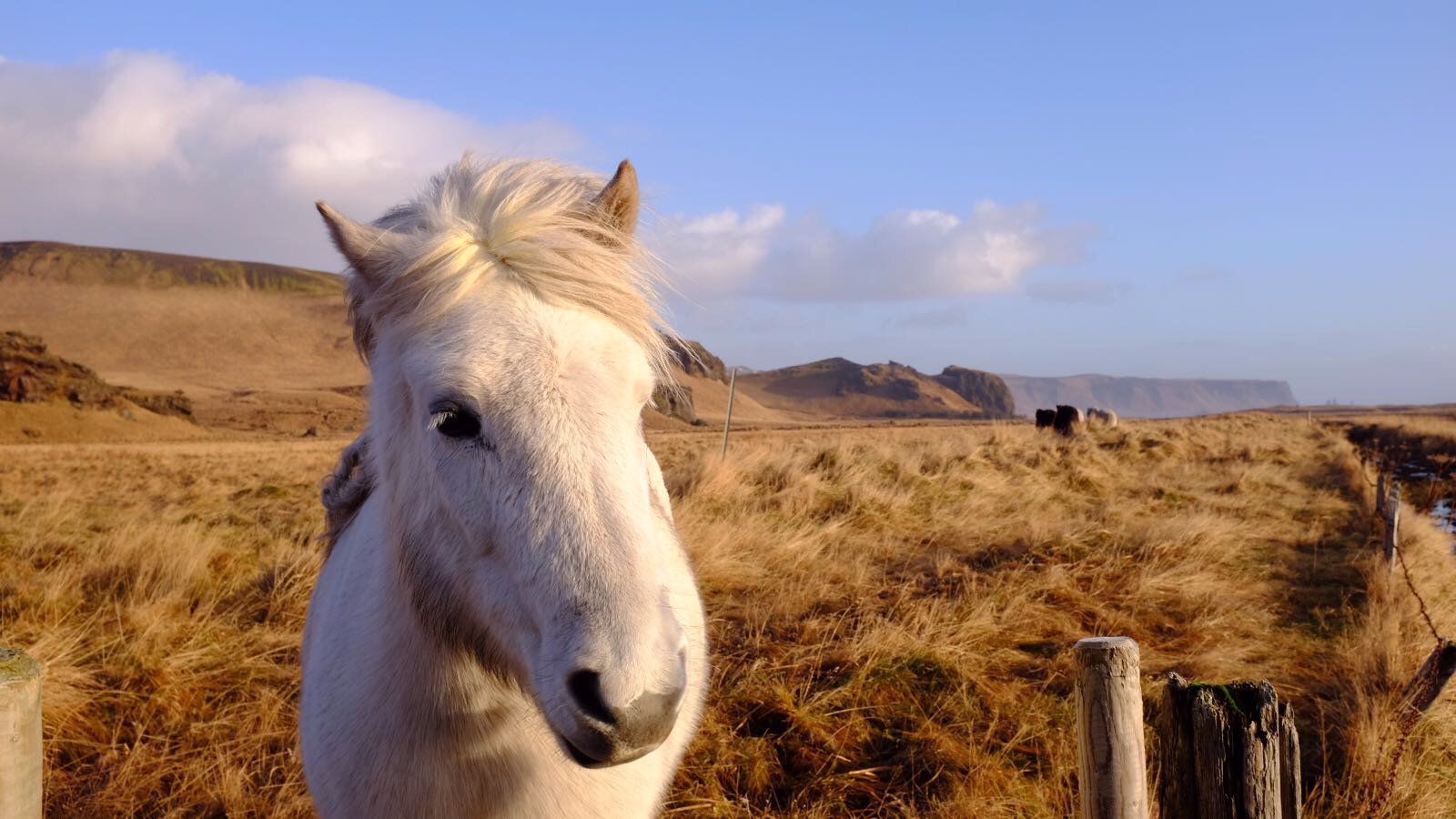 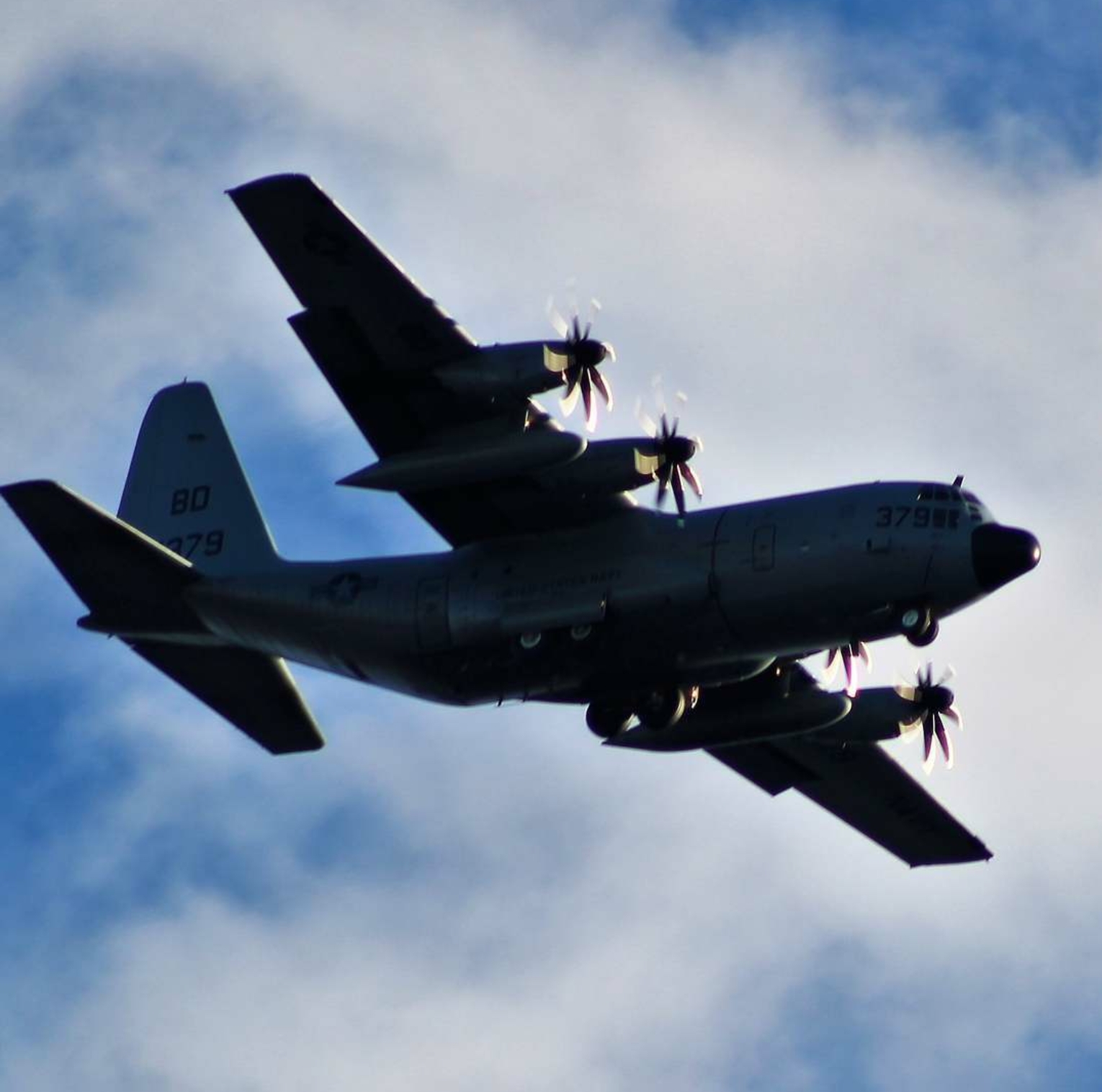 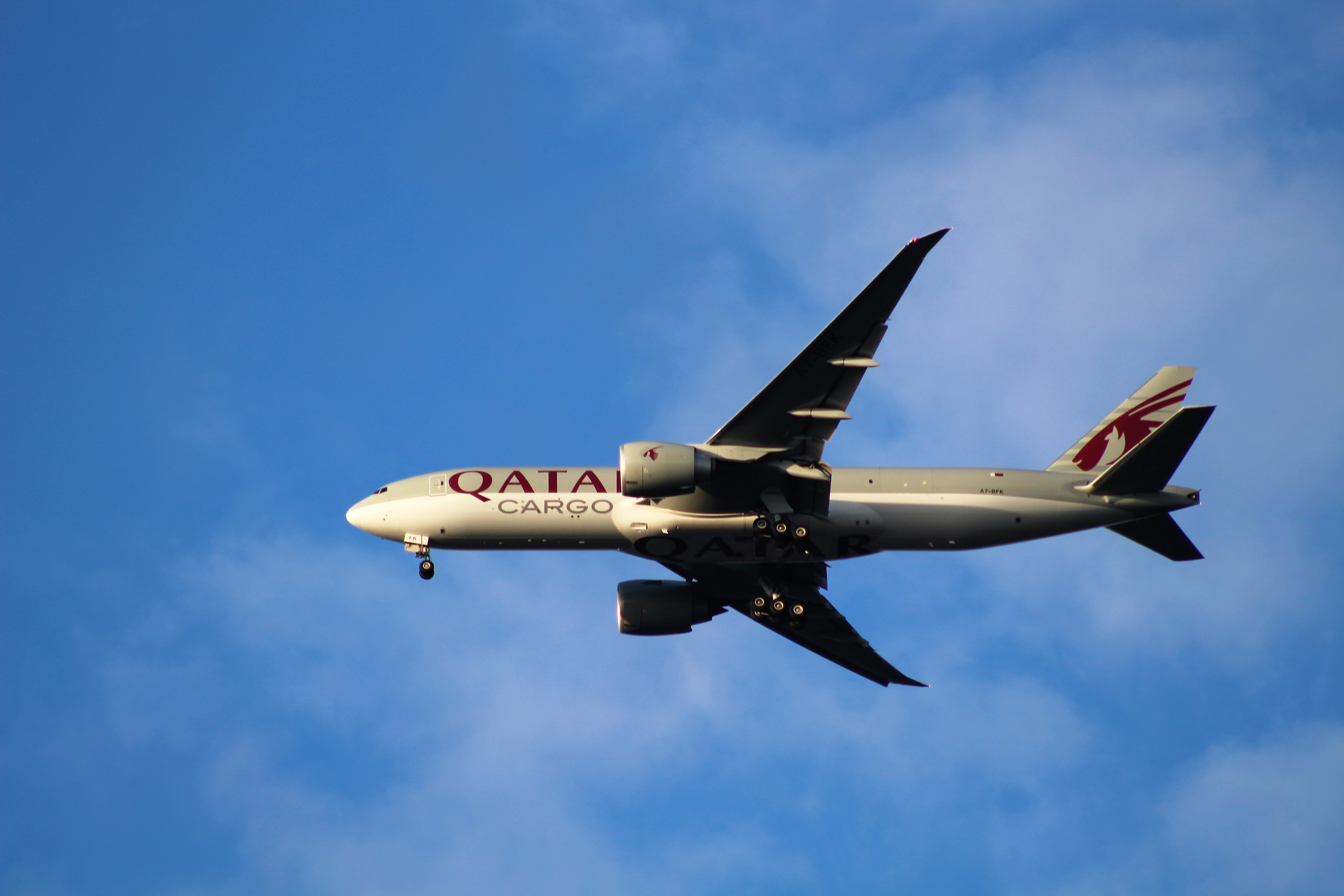 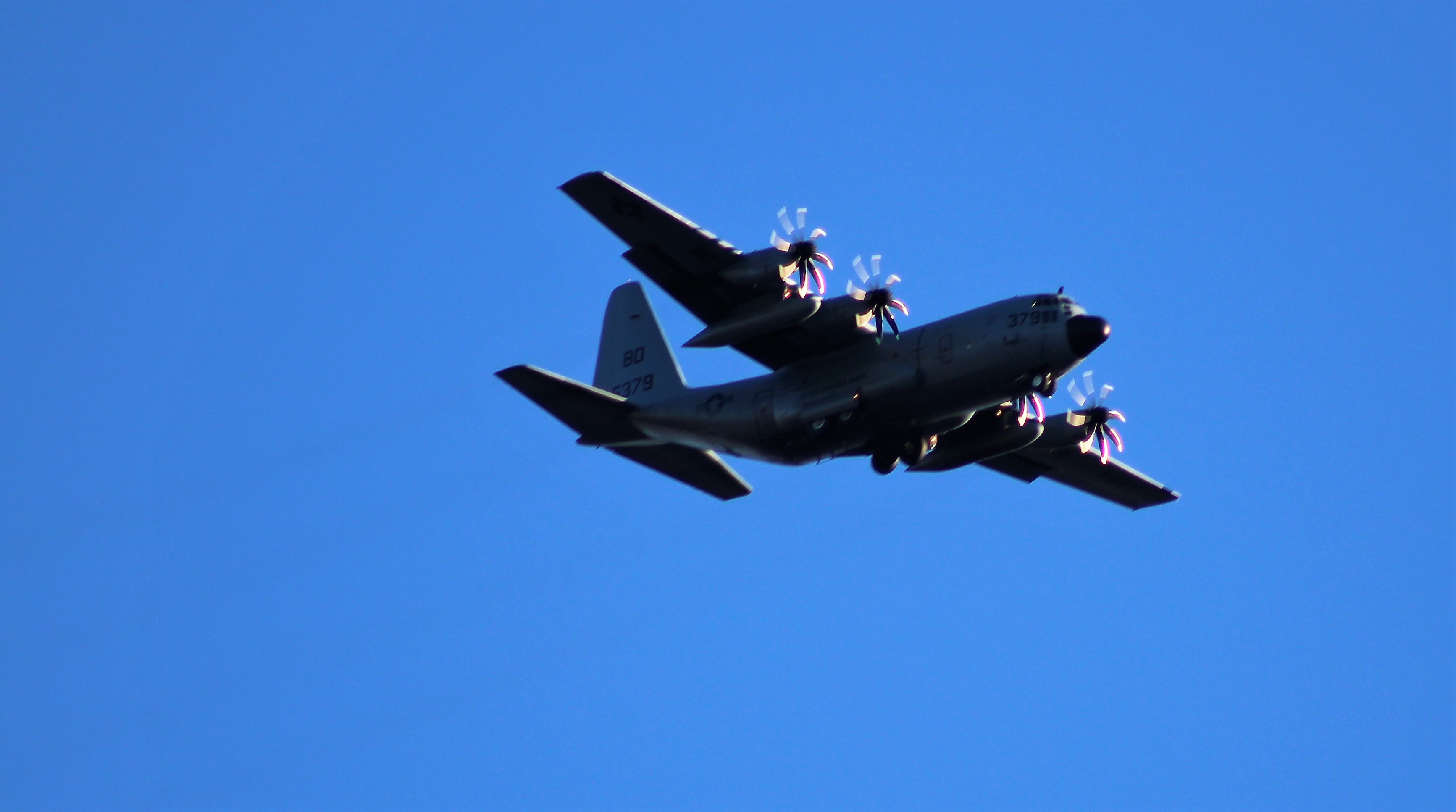 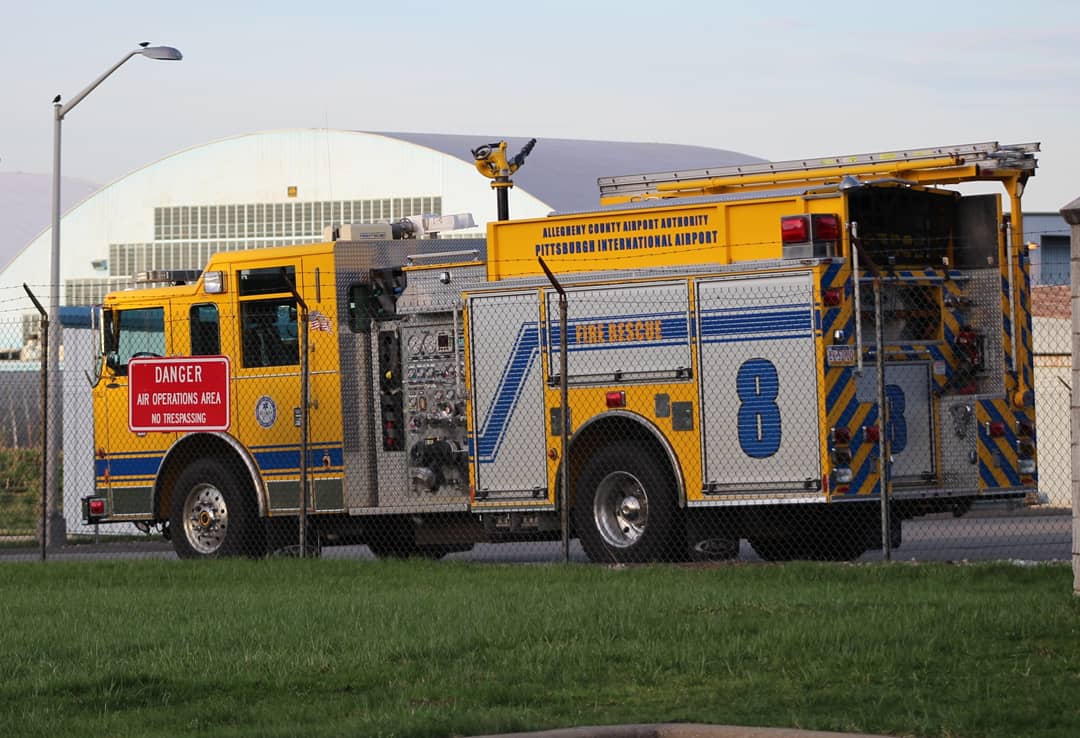 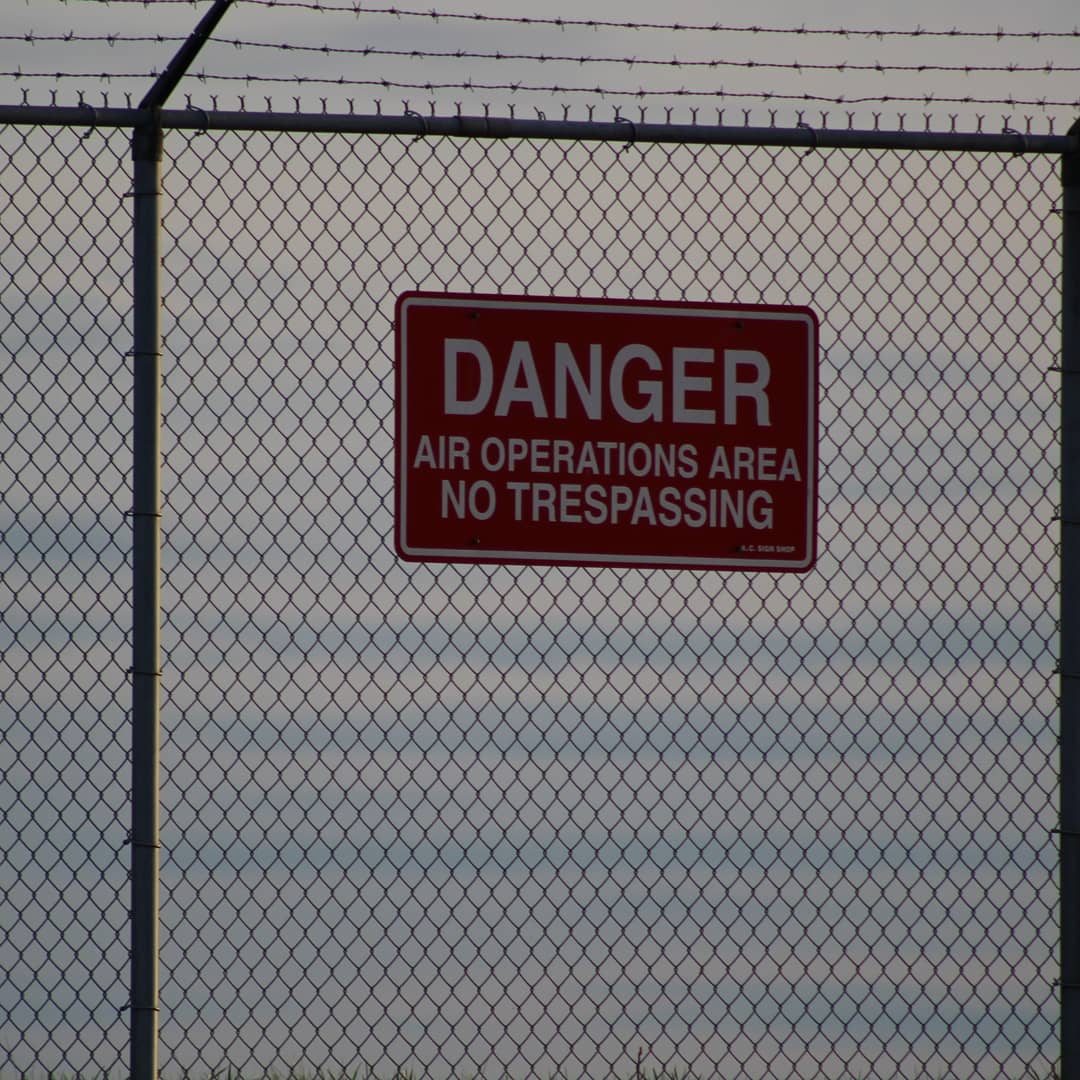 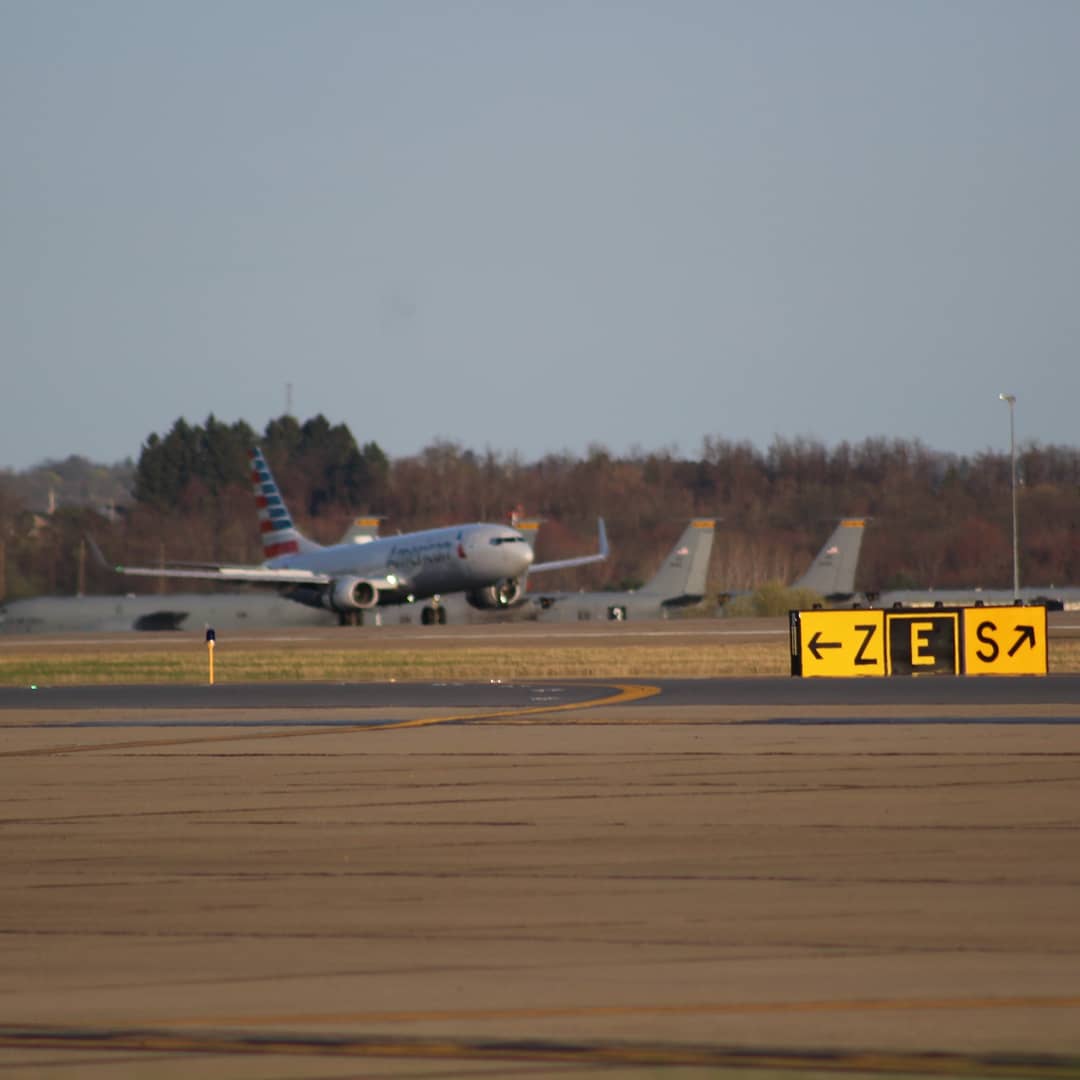 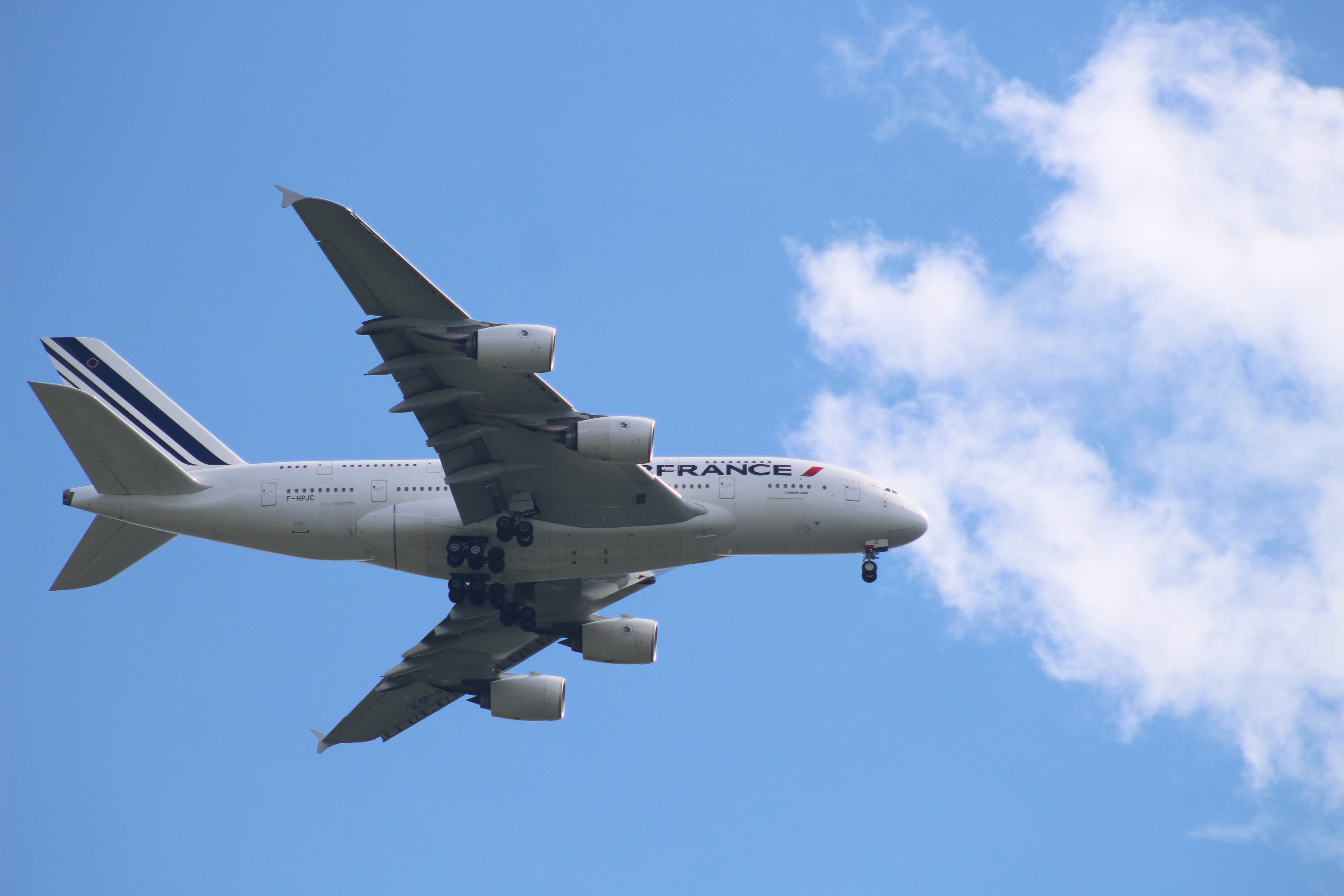