I bought an anti-5G device and here's my review

As long as it not atop a 5G mast i think i might be ok.

Non-ionising radiation does not produce enough energy to permeate the skin so its relatively safe.

5G is as dangerous as your TV, WiFi router, hairdryer, or microwave oven and is covered by international and national exposure guidelines and laws.

As to the frequencies involved, research into mobile frequencies has been around for decades, including those used by 5G.

The general consensus being that there is no adverse impact on a persons health as long as exposure is within national guidelines.
edit on 29-12-2021 by andy06shake because: (no reason given)

Using a PLL was the best thought I could come up with as well. I wasn't too concerned about AM modulation, but FM modulation could turn the interference from destructive to constructive until the device could re-calibrate. That was what concerned me. Maybe I was a bit too cautious in my design; you say it worked well for you.

True. I only specified 5G in that specific post because OP said he was okay with 4G. And people tend to listen when their specific concerns are addressed. Considering 5G can't penetrate windows or walls (is possible, extremely unlikely,) his own phone is likely the only way 5G could get to him in his sleep. (Another issue OP stated.) 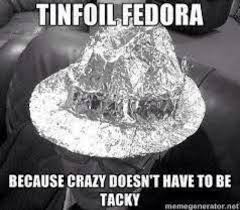 I'm not concerned with the general use of 5G so much as I am about the weaponization of it.


Then you're not concerned with 5G.

5G is a protocol, not a technology. Under 5G, specific data is sent back and forth to maximize communication efficiency and device location relative to the towers. 5G uses the same base frequency (and many of the same data exchange methods) as 4G, but adds two additional, higher frequencies that can be used when within a certain distance of a cell tower to increase throughput.

5G cannot be "weaponized"... unless you consider cell phone communication a type of weapon. It is not applicable to anything else. The frequencies can potentially be weaponized, but the frequencies are not "5G."

Using a PLL was the best thought I could come up with as well. I wasn't too concerned about AM modulation, but FM modulation could turn the interference from destructive to constructive until the device could re-calibrate. That was what concerned me. Maybe I was a bit too cautious in my design; you say it worked well for you.

It works well as long as...

a.) you can replicate the waveform anti-phase (inverted) and
b.) any changes in modulation are far apart so the PLL can lock in and
c.) you suppress the output until you have lock and inversion functional and
d.) you turn the output off as soon as the frequency changes

Otherwise as you said, there is a rick of constructive interference/summation.

I have one device left. I lend it out to people close to me that have cancer, diabetes and other diseases it might effect.

posted on Dec, 29 2021 @ 08:03 PM
link
i worry about emf especially with my children who use electronics all day long. i Bought a defender shield for the laptops and gave my son a shungite necklace. maybe they are worthless but i had 2 nephew get testicular cancer and they were only 20 years old . They always had a laptop on their lap. Makes you wonder.a reply to: IndieA

i had 2 nephew get testicular cancer and they were only 20 years old . They always had a laptop on their lap. Makes you wonder.a reply to: IndieA


I suppose that is what Andy12345 meant by hugging the phone tower mast. Sorry for your nephews' misfortune. Males keeping "smart" phones in the front pockets of their skinny tight jeans brings tears to my eyes. No wonder the sperm counts are so low these days.

It is like saying that TCP/IP or UDP is dangerous.

I have one device left. I lend it out to people close to me that have cancer, diabetes and other diseases it might effect.


No, mine is automatic, you don't have to program it, it tells you nothing, it just works.The main thing is it can read errant EMF from diseased cell clusters in the body, isolate their EMF signature, invert it and create neutralization via destructive interference without effecting the rest of the body. When I did the patent though, I looked primarily at the device as an active "Faraday cage" that uses the skin as a transceiver and destructive interference to neutralize external and internalized EMF, basically a countermeasure. I did not specify its medical functions in detail as I figured any claims would bring lawsuits from the medical cartel or some other organized crime syndicate like the government.

BTW, it will NOT work with a pacemaker or ICD, it scrambles the pacemaker output and gives feedback that can cause the ICD to go into defibrillator mode.

originally posted by: charlyv
The most important thing people should understand about 5G, is that it is a protocol, not a speed.

It is like saying that TCP/IP or UDP is dangerous.

Its just people trying to create fear. Wireless radiation sounds scary, but it’s really just the word scientists use to describe the type of energy that moves in waves, including broadcast radio and television signals and signals from your baby monitor, remote control or cellphone. Every electronic device from a toaster to light bulbs to the device your using to read this produces radiation. The scientific consensus is that there are no known health risks from all forms of RF energy at the low levels approved for everyday consumer use. Scammers sell you a sticker claiming it blocks emf the equipment to do this is expensive you need to send back the opisit signal to block emf. However in doing so you are still exposing yourself to wireless radiation luckily it cant penetrate your skin.

DO NOT WASTE YOUR MONEY ON SNAKE OIL

One more thing look deeper into it theres more going on than you think. A recent New York Times investigation reveals that the Russian government is “doing its best to stoke the fears of American viewers,” by spreading false information about 5G and health, including “claims that lack scientific support.” As the article makes clear, “plenty of careful science has scrutinized wireless technology for potential health risks. Virtually all the data contradict the dire alarms.” Russia’s efforts appear to be a form of ‘economic warfare’ that draw on discredited research, according to the experts cited by the New York Times. There is an effort to separate Amaricans doing its best to stoke the fears of Americans black from white right from left religion health there goal is simple let us destroy ourselves. And our politicians are more than happy to separate us ecause they fear if we ever truly united.
edit on 12/29/21 by dragonridr because: (no reason given)

Well, it seems the concept is the same though... treatment of disease using EMF. In Raymond Rife's day, I doubt the techniques you use were even known to researchers. His entire apparatus was so simplified from modern electronics that I haven't been able to even pin down the exact frequencies he used.

I'm going to give you a gift... what research I have done into Dr. Rife's technique indicates a strong possibility that the relevant radiation is not necessarily EMF, but MMF radiation. Electrical gradients are difficult to penetrate the body with, but magnetic gradients flow through easily. Since you already have a device that is claimed to work, perhaps you might consider replacing the electromagnetic emitters with magnetic emitters. I believe that could increase effectiveness and reduce power requirements, as well as allowing for higher amplitude waves to be tolerated.

The other thing I notice is, that I was getting a lot of 80's songs in my head for no reason and this has drastically decreased.

I can't imagine what it must have been like being Rick Rolled during 7 hours of sleep....

Still better than dreaming about a macho man in the Navy staying at the YMCA.

Refrigerator magnets? Configured, perhaps, into a helmet?
edit on 12/29/2021 by Phage because: (no reason given)

Welcome back Phage. You have been missed.

Now, would you like to translate that into something coherent?

Too complicated for you?

So, magnets are "magnetic emitters." Right?

Perfect for helmet for protection from microwaves.