I was wondering where to put this, but I'm posting the story mainly because I find it hilarious.

It was a private school in Hampshire. It was Guy Fawkes Night, so naturally they were burning things on bonfires. That's what happens.
They burnt effigies of Greta, a whale, and a polar bear, and a "Save the planet" sign.
It seems that some pupils cheered with delight, while some parents were horrified.

The real humour of the situation is in the probability that the symbolic effect was unintentional, and the possibility that people in charge had the wool pulled over their eyes.

When I first saw the story, I assumed that the defiant attitude was deliberate. It had to be a private school, of course. A school on the state system could not have had that much independence.
But then I saw the claim that the event had been intended as a celebration of Greta and her cause.
That's what makes me think that somebody pulled a fast one.

As I read the possible scenario, a faction among the pupils put forward the idea and even offered to make the effigies, intending it as part of the tradition of Noevember 5th hostility to public enemies, BUT selling it to the school authorities as a celebration to honour Greta.
The school authorities then bought the idea, passing it on to the parents as the official explanation of what would be happening, because they had not thought through what happens to effigies on Bonfire Night.

P.S. Since I began writing, AOL have deleted the story. Perhaps the politically correct don't find it as funny as I do. I wonder if Youtube has a video.
edit on 8-11-2021 by DISRAELI because: (no reason given)

That is hilarious, but also.... seriously, WTF were they thinking?

They should have known there's no way that was going to end well.

I mean even if everything went as planned, they were gonna piss people off and receive unwanted backlash.

Edit: P.S. Since I began writing, AOL have deleted the story. Perhaps the politically correct don't find it as funny as I do. I wonder if Youtube has a video.
Oh poopy!


"How Dare the Internet"
For working horribly for me today. 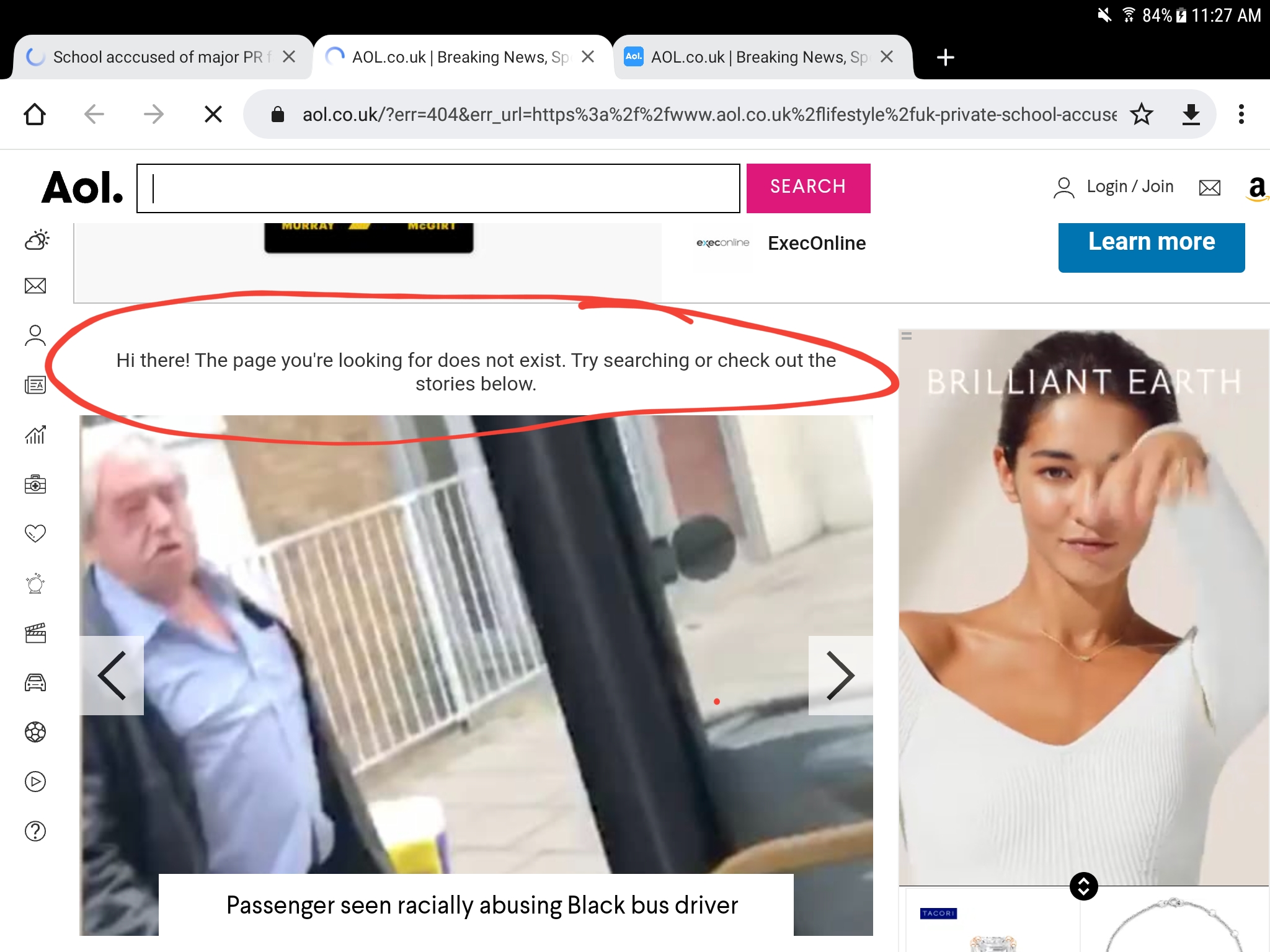 I'm not really seeing much of a resemblance. 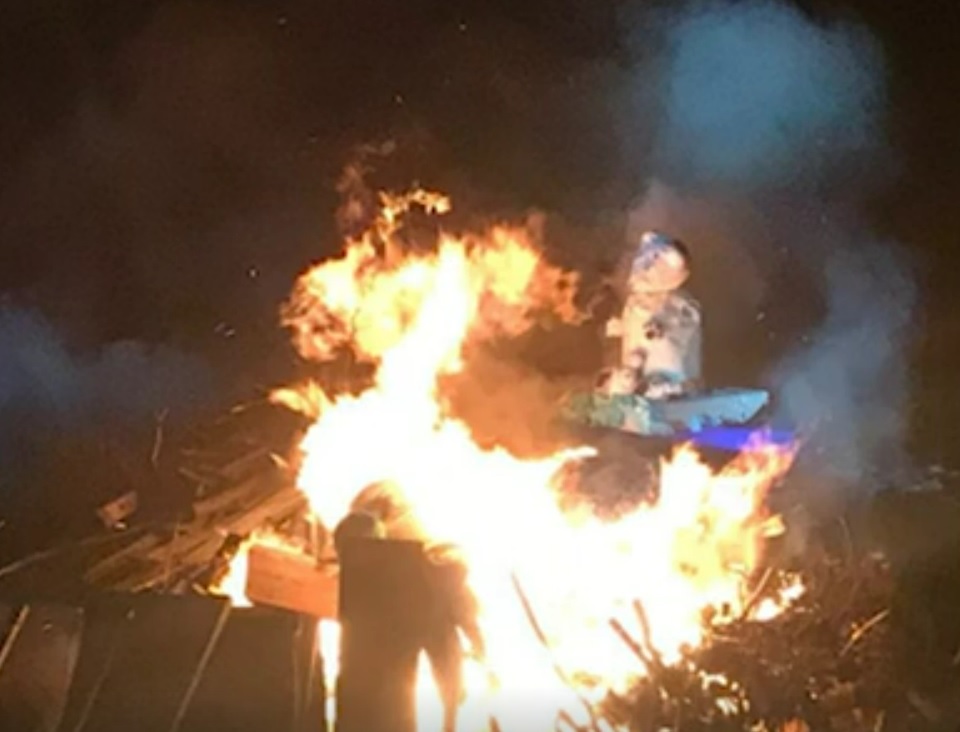 The screenshot is from a video in this Yahoo article:
School accused of PR fail after burning Greta effigy

Footage filmed by a guest at the Bonfire Night event at Highfield and Brookham School in Liphook on November 5 showed the Greta Thunberg guy going up in flames alongside a sign reading "Save the Planet".

"Greta's dying!" yelled one delighted pupil at the £9,000 a term prep school as the likeness of the teenage climate activist was consumed in the conflagration.

Horrified parents looked on as moments later a polar bear and a whale succumbed to the same fate and huge clouds of smoke began to billow across the playing fields.

"I wondered how clearly did the school think this one through," said a guest at the event, who preferred not to be named.

"The imagery was so off-point as the huge blaze bilged black smoke into the atmosphere and then poor Greta, a hero of our planet, was cremated," she added.

According to the filmer of the video, several parents commented on the jarring symbolism of the event.

"A family next to me were completely freaked out," she said.

"The school was supposed to be paying tribute to Greta but it totally backfired and ended up being a bit of a PR disaster," she added.

Here's the full screenshot, just because it has the video title on it.

here she is before they lit the flames. 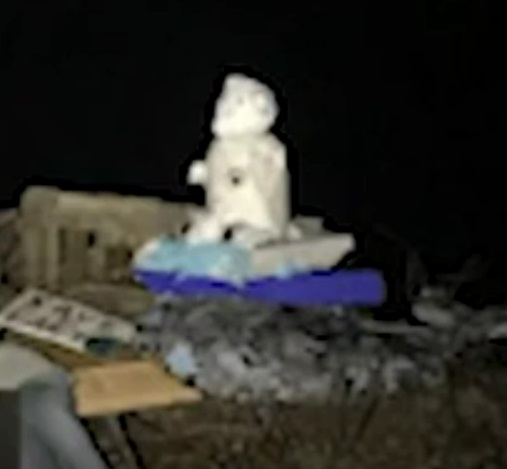 posted on Nov, 8 2021 @ 10:45 AM
link
a reply to: BrokenCircles
Yes, that's the story I saw originally.
Perhaps the best artists in the school weren't part of this project.

P.S. The image looks vey white. Would that be clay, I wonder?

I was assuming paper mache.

originally posted by: MiddleInsite
Wow. There was a time when saving whales and polar bears was something we could all agree on.

Because those didn't involve wealthy elitists with private jets, expecting everyone else to turn their lifestyle back to the Dark Ages.

As for the OP and article: oops.

posted on Nov, 8 2021 @ 11:25 AM
link
I'm inclined to interpret this event as being a metaphor for climate change that evolved into a "burning at the stake" ritual likely because somebody pulled a prank as OP suggested. Children of the corn much?

It's still alive... the article, not the Greta effigy.