Would it make you feel better if instead of forcing women to choose to get an abortion, the law was for women to be sterilized after their first abortion? You are comparing apples to oranges. Many women feel the need have multiple abortions and that could actually be solved for these poor women if they would just be sterilized. Instead of using abortions as birth control, why not use an actual form of birth control like tubal ligation?

Most? Even some is unacceptable.

Did anyone forced any of the men who may be affected by such a law as in the OP to have sex?


Are you postulating that women aren't as strong as men and are, thus, more prone to being victims? That doesn't sound very progressive or enlightened of you.

If you are a woman and you engage in an act that might produce a child, you are responsible.

If you are a man and you engage in an act that might produce a child, you are responsible.

Having the state mandate the condition of your own body is repulsive and sick.

I think the leftists should lead by example.

Have them all line up and place their scrotums on a table.

*Takes out a ball peen hammer*


Considering who you're talking about, the ball peen hammer is overkill. 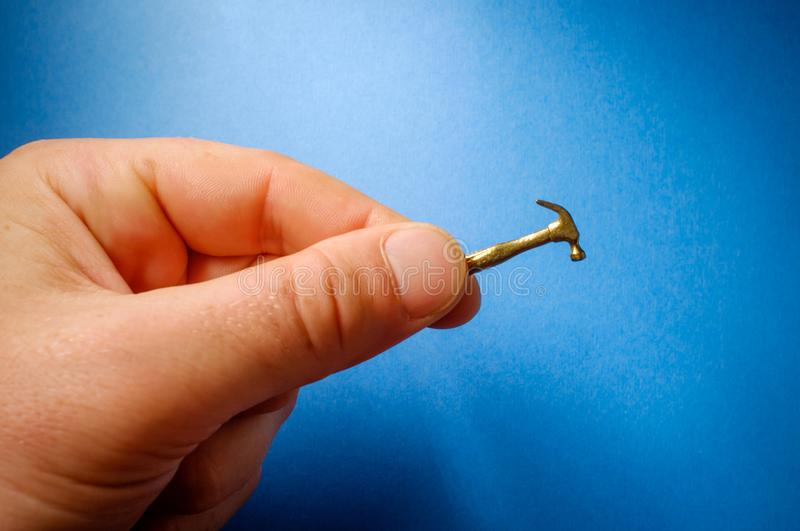 A comically tiny doll sized hammer will do the job efficiently.

posted on Oct, 5 2021 @ 01:43 PM
link
a reply to: underpass61
Gee, don't know. Are they doing their best to take care of those kids? I mean the traditional roles was mom stay home and take care of house, raise kids, ect.
While dad went out into the world and work to provide for them.
So, are the daddies doing their part? Actually providing enough money to provide for her and the kids? Or is she out the trying to take on the dads role while collecting HUD vouchers and food stamps?

And now, children should be having children if some sick psycho decides to get their jollies from them.. never mind if their underdeveloped bodies aren't yet capable of dealing with the stress a pregnancy is put on it or that the girl probably needs all the nutrients she is taking in for her own growth or developement. Nope, fetal rights should overshadow hers and such laws make the prolife crowd feel so good, like they accomplished something!
And. Of course the dems weak response is these stupid laws being presented that are so insane they will never fly. Cute little laws that just say, now, you have a glimpse of how we feel..

posted on Oct, 5 2021 @ 01:46 PM
link
Since abortion is legal, the easy solution is to mandate that women are not entitled to any child support if they get pregnant and not married.

This would force women to be more decerning in regards to who they sleep with... no more scamming men for child support.

You'd also have to eliminate the welfare state and the welfare queen model or else all your idea does is shaft those of us who are paying taxes with the bill. A system which is significantly flawed... at least the dudes stuck with child support got a little something something out of the deal whereas we tax payers don't even get the roll in the hay, we basically are paying for nothing.

We are in the 21st century unfortunately. Women have been liberated. We don't need men and maybe if societal attitudes were different, like maybe not saying women can do it all or do everything a man can do, men would be forced out of the manchild stage and into actual manhood. It is also not the 40s when women were absolutely shunned for being unwed mothers. Being an unwed or teen mother is cool now. It's on MTV.
edit on 5-10-2021 by Chalcedony because: (no reason given)

3. Forced vaccinations and those who refuse...off to a FEMA camp, never to be seen again.

USA HAS FALLEN TO THE ENEMY

Good job extrapolating all of that from a one sentence comment - OR, maybe I was just saying that there are plenty of "ovulators" as well as "inseminators" who continue to repeat the same mistakes.

originally posted by: dawnstar
a reply to: underpass61
Gee, don't know. Are they doing their best to take care of those kids? I mean the traditional roles was mom stay home and take care of house, raise kids, ect.
While dad went out into the world and work to provide for them.
So, are the daddies doing their part? Actually providing enough money to provide for her and the kids? Or is she out the trying to take on the dads role while collecting HUD vouchers and food stamps?


Hello, Third Wave Feminism, thanks for taking a wrecking ball to the standard Nuclear Family Stability people effortlessly used to rely on.

If you cannot see how that bull# has negatively impacted how babydaddies and babymamas see what "family" is (and what a dumpster fire THAT tangled DNA mess is) and thus how they approach living and what to expect as adults, you're being willfully stupid. not even obtuse, just willfully idiotic as hell. THAT # is what happened to the traditional roles: "You don't need a better half for the long-term, be single, spread 'em often, and DIY! You can be both parents, lady! WOOO, grrrrl powah!"

What a BS snake oil lure.

Now days, it takes two or more paychecks to support a family. Maybe if we managed to tweak the economy so that enough money could flow to the average citizen instead of just allow the rich to gather more wealth...
The boys might get brave enough to actually try to start a family. But as is is, the gals had better be able to do everything a man can because the man is gonna need their help to support a family!

Imagine how wrong it is for the state to try and control a persons body..... Reminds me of another state that enacted a stupid law..... rhymes with Schmexas.

posted on Oct, 5 2021 @ 02:05 PM
link
a reply to: underpass61
Oh, I would be all for sterializing the girls also as long as it can be reversed when they hit an age where they are intelligent, responsible adults. No picking and choosing who should be worthy, just do it to all early in life.

It wasn't so effortlessly for some of us..

posted on Oct, 5 2021 @ 02:13 PM
link
The difference is this law will probably never even be voted on. The schmexas law was voted on, passed, the supreme court let it be enforced.

No. Those big texas men shouldn't have to mask up, that is too uncomfortable.. but they see no problem with forcing preteen incest victims to endure 9 months of pregnancy and bare a child.
They expect far more from little girl than they are willing to endure themselves.

originally posted by: Chalcedony
a reply to: Klassified

There is already a precedent for this. Jacobson v. Massachusetts was cited by the Supreme Court in 1927 as justification for involuntary sterilization in the case of Buck v. Bell.

The Court found that the law served the public health and welfare because “mental defectives” would produce degenerate criminal offspring or imbeciles who “sap the strength of the state.” In a chilling opinion, Justice Oliver Wendell Holmes concluded:

"Society can prevent those who are manifestly unfit from continuing their kind. The principle that sustains compulsory vaccination is broad enough to cover cutting the Fallopian tubes. Jacobson v Massachusetts, 197 US 11. Three generations of imbeciles are enough."

Jacobson was cited as support for the general principle that public welfare was sufficient to justify involuntary sterilization. The decision extended the police power’s reach from imposing a monetary penalty for refusing vaccination to forcing surgery on a young woman against her will and depriving her of the ability to have children.


Go Jacobson. Coming up all over the place. Vaccine mandates and now sterilization. Gotta love it and yes I did see this coming the second they started trying to use that case to justify mandates.


Glad someone knows their history. This case was partially what I was referring to in the OP, as well as North Carolina in the 50's among others.

What the representative is proposing is sterilization for ALL males who have reached 40 years of age, or younger if they have produced 3 children before they reach 40.

What he proposes is not a penalty based on any irresponsibility or crime, though he pays lip service to that end. His proposed law would affect ALL "CIS-males" who fall under its jurisdiction no matter how responsible or irresponsible they may have been.

This is the same thing that was done to poor and black women in the 50's, except they weren't even told it was happening to them.

My guess is we did that, we would see the rapes increase a great deal, the divorce rate skyrocket, and laws would be changed to make marital rape legal again.