Therefore, I will be introducing legislation that will require all inseminators to undergo vasectomies within 6 weeks from having their third child or 40th birthday, whichever comes first.

Further, this legislation will allow Pennsylvanians to take civil action for unwanted pregnancies against inseminators who wrongfully conceive a child with them.

This legislation will also empower Pennsylvanians to enforce this new law by offering a $10,000 reward for reporting to the proper authorities those scofflaws who have not complied with this statute within the allotted timeframe.


Pennsylvania House of Representatives
Christopher M. Rabb
I'm all for holding people responsible for being irresponsible or criminal. If you're a rapist or child molester, sterilization isn't extreme enough. For everyone else, it takes two consenting people to produce a pregnancy. This sounds more like the beginnings of another eugenics or population reduction scheme than it does a way to hold "inseminators" responsible for their actions. In case Mr. Rabb isn't up on his history, this was tried before in this country. It was disgusting then and it's disgusting now.

Send in the clowns...

I'd make fun of this douche, but it's such low hanging fruit, I'd feel guilty.

But let this be a lesson to all. NEVER think you aren't smart enough to run for office. This is proof ANYONE with a pulse is good enough.

A proposed law forcing control over men's bodies that can only be enforced by vigilantes and the civil courts? Where did I hear about a law like that in another state?

More proof that democrats running the country and those in political positions are nothing but idiots.

How about him getting his genitalia cut off before he push for any other male mandatory sterilization.

See this is the danger of the fascist mandates coming from the white house, the sky is the limit, who knows he may use the emergency authorization to get away with it.

Well Democrats support abortion and are against time limits for when it can be done. So making his abortion retroactive should be something that they support. I'm just throwing it out there.

Most? Even some is unacceptable.

Did anyone forced any of the men who may be affected by such a law as in the OP to have sex?

I can see them wanting to control the population with these measures...
They're going to cause a influx of Abortions, which is what they're trying to prevent. However not every born male males will comply.
If the Male of the Species here are ok with it, then Don't Mandate it!. Offer the vasectomy at no charge to the recipients. This have better not be forced and better not be a charge on anyone's health insurance bill. BUT IN THE END WE NOW THEY WILL TAKE IT FROM OUR TAXES. So if like me here in Pittsburgh you'll end up paying taxes on you own Vasectomy🍌🍌🍆🍆🥒🥒👍🏻👍🏾😁

Still better than Chinas One Child Policy. But is still criminal in my opinion which is only my opinion.

Let the people decide how many kids they can handle.

I think the leftists should lead by example.

Have them all line up and place their scrotums on a table.

*Takes out a ball peen hammer*

posted on Oct, 5 2021 @ 12:35 PM
link
The law was proposed with the knowledge that it stands no chance of going anywhere.
And, it would be more effective if they sterilized before puberty and reversed is it around age 25 or 30, when the boys finally get half a brain and stop acting like idiots.

Well you know that sounds good, but remember if the legs do not open up the boys do not get to inseminated, it goes both ways,

Is a key and is the key keeper.

All fine and dandy but when laws are passed that would prevent young children from having a pregnancy terminated and the prolife spokesperson are out claiming that managing or expediting miscarriages equates to murdering babies...
I am sorry, but I am sick of accused rapists and child sex traffickers being exalted to the high offices in the land while men cry foul over childsupport.

And, of course, the religions still cling to their idea of male superiority and the submission obedient role women are to accept.

posted on Oct, 5 2021 @ 12:58 PM
link
How about those women out there who do exactly the same thing by...lets say for example...lying to a man about using birth control. Or what if the contraceptive fails. I already see some issues with this kind of bill.

However it may force lawmakers to Re-Look at the current Abortion Laws.

After reading what SookieChaCha said about...


Where did I hear about a law like that in another state?

This is just a retaliatory response to states like Texas. Lt. Gov. John "The Lurch" Fetterman has been going at it with Texas for sometime. He's been vocal about immigration too for a long time now against Texas.

What happened to this? 👇👇👇👇
"Life, Liberty and the pursuit of Happiness" is a well-known phrase in the United States Declaration of Independence.[1] The phrase gives three examples of the unalienable rights which the Declaration says have been given to all humans by their creator, and which governments are created to protect..

Bad people ruining it for the rest of us good people.

I understand situations such as rape and many other medical issues. Those are legitimate and terrible reasons to happen and do need the help. But many many good people whom are older in life with no children and want children later in life after becoming financially secured.

But it's starting to look like a Retaliatory Hissy Fit move.

Edit: I still retain my feelings that the rest of us law abiding citizens shouldn't be punished for a crime, or situation in which THEY DID NOT COMMIT.
Such BULLSH!T this world is anymore.
edit on 5-10-2021 by Bigburgh because: (no reason given)

There is already a precedent for this. Jacobson v. Massachusetts was cited by the Supreme Court in 1927 as justification for involuntary sterilization in the case of Buck v. Bell.

The Court found that the law served the public health and welfare because “mental defectives” would produce degenerate criminal offspring or imbeciles who “sap the strength of the state.” In a chilling opinion, Justice Oliver Wendell Holmes concluded:

"Society can prevent those who are manifestly unfit from continuing their kind. The principle that sustains compulsory vaccination is broad enough to cover cutting the Fallopian tubes. Jacobson v Massachusetts, 197 US 11. Three generations of imbeciles are enough."

Jacobson was cited as support for the general principle that public welfare was sufficient to justify involuntary sterilization. The decision extended the police power’s reach from imposing a monetary penalty for refusing vaccination to forcing surgery on a young woman against her will and depriving her of the ability to have children.

Go Jacobson. Coming up all over the place. Vaccine mandates and now sterilization. Gotta love it and yes I did see this coming the second they started trying to use that case to justify mandates.
edit on 5-10-2021 by Chalcedony because: (no reason given)

What about the ovulators out there with 5 kids from 4 daddies?

Which part needs cutting to prevent bad ideas being born?

How about just lop all of his junk off entirely and feed it to a gator while the newly minted Representative Christopher Eunuch watches? 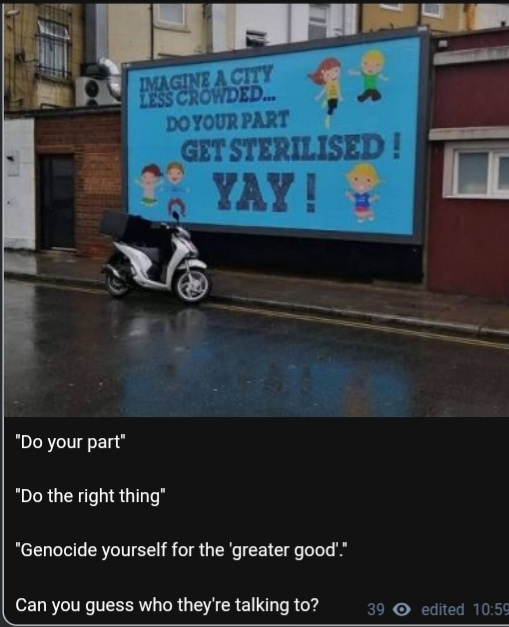 The time has arrived for the ignorant deaf and blind to 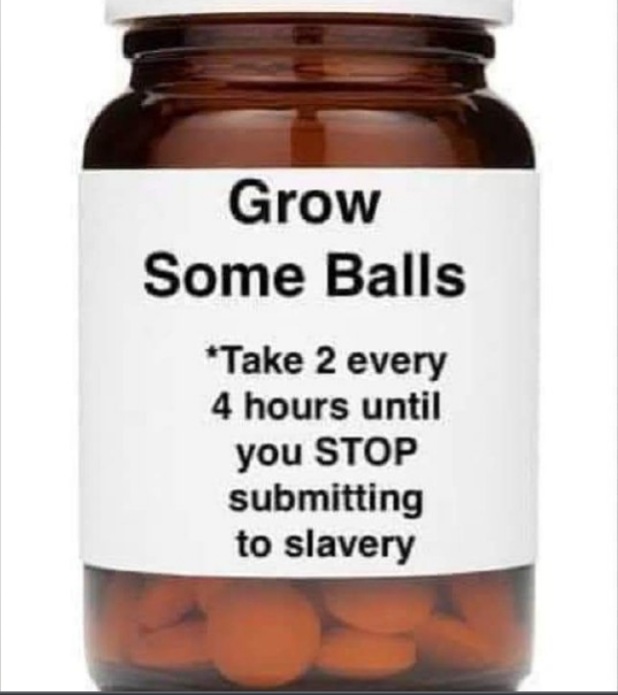