page: 1
23
log in
join
share:
727Sky
+3 more
posted on Sep, 29 2021 @ 01:54 AM
link
Looks like the folks in Israel have had enough of the ever moving goal post of being fully vaxxed for travel. The full title is: " Israelis Rise-Up Against Vaxx Passports After Being Told More Shots Needed To Be Considered “Fully Vaccinated” Visit the link for a couple of videos as I doubt any will be available on MSN or Mr. delete youtube.

Protests have finally erupted in Israel as it has slowly dawned on people there that the goalposts for vaccine passports keep being shifted by the government.

It is now expected to be announced that at least FOUR vaccinations will be needed to be considered ‘fully vaccinated’ and able to engage in society.

Over the weekend marches took place in the streets of Tel Aviv against the so called ‘Green Pass’:

posted on Sep, 29 2021 @ 06:55 AM
link
Good news to read, but I'm surprised the submissive Israelis are attempting to stand up to their criminal government.

they finally are starting to realize this has almost NOTHING to do with the vaccine itself, but has everything to do with control.

If we don't stop this from happening, once it happens, it won't stop. 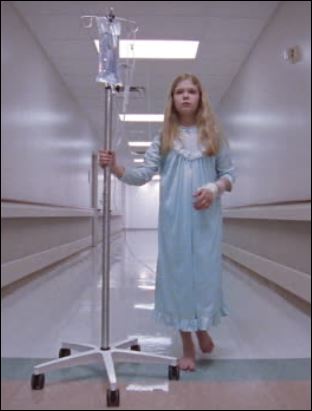 Not that I've paid any attention to MSM, but I doubt that this incident from last weekend was covered.

Thanks for that catch, I got the info even if it was three days out.

Why are they doing this to their people?

The Health Ministry last week also announced that the “Green Pass” system — a document that allows entry into certain gatherings and public places for those who are vaccinated or have recovered from the coronavirus — will expire six months after the holder received their second or third dose, hinting that a fourth dose may be administered in six-months time.

Israel did full lockdowns requiring everyone to be tested over and over again.

Arizona has had a steady stream of illegal aliens crossing the border even when the border was closed. And Arizona has had non-stop drug trafficking from Mexico all during border closure. Drugs crossing Arizona border go to Chicago: Chicago mafia families. After border reopened, Biden having illegals picked up and put into hotels.

In the comparison of Arizona and Israel. 80% of Israel's population has had 2 vaccine doses and an additional 60% of Israel has had a 3rd dose.

Only 51% of Arizona has had 2 doses of vaccines. 49% not vaccinated. 64%-69% of cops, firefighters and paramedics refuse the vaccine because they already have natural immunity to more than one strain of Covid.

So when the September wave of delta Covid hit, how did Israel fare? Israel had anywhere between 3000-22,000 cases of Covid per day in September 2021 among their fully vaccinated--80% of their 9 million population.

When the delta wave of Covid hit Arizona with only 47% fully vaccinated at beginning of September 2021 reaching 51% by end of September, Arizona only had 1000-3400 cases of Covid per day among their population of 7 million. Also most people are not wearing masks in Arizona. I haven't seen but 1 cop wear a mask in the last 2 months. Fast food, restaurants, gas stations, stores---people not wearing masks in September.

Why Israel would force their people to get a 4th vaccine dose just to get a green pass is beyond me. Makes me realize that Pfizer vaccine really isn't working after a 2nd or 3rd dose.

I feel sorry for the people in Israel being forced to get vaccinated 4 times. That's horrible to do to people's bodies. Screwing with RNA and forcing the people to get injected so many times.


Why Israel would force their people to get a 4th vaccine dose just to get a green pass is beyond me. Makes me realize that Pfizer vaccine really isn't working after a 2nd or 3rd dose.


At this point its all about the vax passports/ID2020. The virus might be more transmissible but is it truly deadly as they claim?

All those news stories and claims how some are suffering from Kidney issues with the alleged virus i really wonder if its not virus but vax side effects?


Why Israel would force their people to get a 4th vaccine dose just to get a green pass is beyond me. Makes me realize that Pfizer vaccine really isn't working after a 2nd or 3rd dose.


At this point its all about the vax passports/ID2020. The virus might be more transmissible but is it truly deadly as they claim?

All those news stories and claims how some are suffering from Kidney issues with the alleged virus i really wonder if its not virus but vax side effects?


What I've been wondering about is a little odd. My mind went in a completely different direction. I've been wondering if perhaps something was done to Israel. Because from the very beginning of the pandemic the media stories about Jews with Covid seem off, like someone is pressing the media to tell such stories to cover up for something else.

For example, in New York at the beginning of the pandemic, the only group of people forced into a military quarantine with Covid was the Jewish community of New Rochelle. It never added up. Some Jewish attorney somehow caught Covid, but no one could seem to trace where he got it.

Then Cuomo started blaming the Jews for being super-spreaders. Meanwhile NYC was being infected by the Italy strain so it was Italian Catholics spreading Covid. Yet Cuomo kept trying to blame the Jews which was absurd.

So all the media attention accusing Jews of super-spreader wedding events seems off. Like some powerful entity trying to make such stories go viral on purpose.

Which brings it to the wedding thing again. I guess the Rabbinic in Israel requires "proof" of Judaism via a genetic test to prove one is a Jew before allowing a wedding. Seems odd. But apparently there are specific genetic markers that exist only in Ashkenazi Jews and certain markers only in Sephardic Jews.

Which makes the whole thing look sinister. Like someone might be targeting specific genetic markers used for their wedding DNA tests, then trying to pressure media-coverage-gone-viral to run stories accusing Jews if being super-spreaders thru their weddings in country after country.

That's just how it looks to me.

So I was looking at some of the Ashkenazi genetic markers. And to be honest, they look to me like prion-altered DNA.

So how long ago did the Ashkenazi groups eat prion-infected livestock which altered their genetic code? Realistically, anti-Semites always seem to attack Jews through their food supply. But I'm not sure how far back some of these prion-altered diseases go. And not sure if anyone is even capable of tracing them back because of WWII.

If an Ashkenazi prion-altered recessive gene only traces back within the last 80 years, then it was most likely the Nazis who infected their food supply.

But it could be possible to go back 300 years or more as anti-Semites tend to attact Jews through their food supply over Jewish holidays. So let's say it's the 1600s, and there's a group of dumb farmboys that decided to play a prank on Jews for Passover. So they took the brains of some dead animal and put it out to feed an Ashkenazi sheep herd, putting the brains of the dead animal in the sheep food supply.

The Ashkenazi herders only see the blood and clean it up. But the sheep who ate the brains now infected with the prion. The sheep used for Passover. The bones of the sheep used to make lamb broth for soup. Unfortunately, prions are in spinal tissue and bone tissue, so the prion winds up in the lamb broth. The lamb broth used for soup for the Synagogue congregation.

The prion ends up in the Ashkenazi congregation and alters their DNA to produce a recessive gene that makes the abnormal protein. So it is plausable that someone might have attacked Jews through their food supply in the 1600s to cause a prionic-altered gene among the Ashkenazi.

So bringing this back to Covid....I think that Covid cases are more severe or more deadly to Jews with these recessive genes that look like prion-altered genes.

And yet some third party keeps trying to accuse Jews in mass media of being super-spreaders thru their weddings. Which just makes it all look like some genetic attack on them.

That's the direction my mind went.