posted on Sep, 19 2020 @ 09:08 AM
link
The fact is we are all being taken for a ride unless you are one of the top 0.3%, or are one of the parasitic bureaucrats or insiders pulling the strings in DC and in the financial world.

Personally, I try to be moderately "calculated" with every financial decision I make that has an immediate and/or long-term financial obligation, and being prudent with your finances in the past paid dividends for your future financial status. But all of this talk about forgiving student loans, "Universal Basic Income", "free" healthcare, etc., along with the debasement of the US dollar through unprecedented money printing has us on a freight train headed off a cliff.

A bit of a rant, I know. But I wanted to preface this OP with a bit of opinion and analysis to "tee" this up. Some of you have enjoyed previous episodes of Paradise Lost Financial that I have shared, and I have been slacking so wanted to do an updated thread with 3 more episodes, and I think this first one is right down your alley, ATS!

A synopsis of what is covered in this episode:

Episode 8: Market Insanity (if you haven't seen what's going on in the markets lately please climb out from under your rock and pay attention, even just a little bit because things are very interesting right now)

This one has the best entertainment value in my opinion.

I hope everyone on ATS is having a good Saturday and love to hear what my ATS fam thinks about the Paradise Lost Financial channel and the content.

It's gonna get soooo much better. The airlines are coming with their hat in hand begging for billions, once they grease them you'll get a line of other industries looking for a handout. Our brilliant leader is coaxing Republicans to go with 'the larger number'.

Wall Street likes all this easy free money, it's all smoke and mirrors, millions are still unemployed and the impact of the unneeded shutdowns has still not been completely felt.

Augie, funny you should say that because the next episode is on the audacity of the airlines and how, after doing stock buybacks at astronomical share prices in order to trigger bonuses for the executives, they now are laying off thousands of their workers and asking for not just 1, but a 2nd bailout (as you've just mentioned).

Also funny to note (funny in a way that it is a perfect illustration for the stupidity that is government) is that airlines had to keep their planes in the skies, wasting fuel with little to no passengers on board based on the terms of the first bailout. A family friend of ours is a pilot and has been flying all over with barely anyone on board (maybe that has changed now but haven't talked to him in a couple weeks).

posted on Sep, 19 2020 @ 10:18 AM
link
This is the type of thing I like to listen to while doing house stuff/chores on the weekends and knew at least some others here would enjoy it.


Yelp data shows 60% of small businesses that closed during the pandemic have now shut their doors permanently and 97,966 firms in total have closed for good - with restaurants and bars among the hardest hit


Once the flu season starts kick in more in December, will they shutdown everything again ? 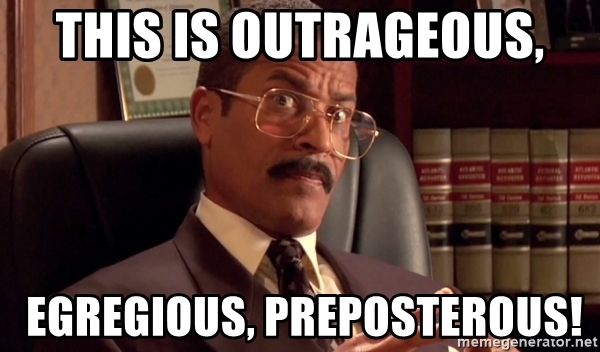 MEMEX is led by Madoffs buddy and Goldman Sachs and Chase Morgan and Barclays and CITIBANK....going live Sept 21....then full bore throwdown on the 29th
edit on 19-9-2020 by GBP/JPY because: (no reason given)

The reasoning is they are the derivative holding banks.....and were holding Silver prices down with fake paper electronic imaginary Silver.....for the last 60 years big time...idk4s

originally posted by: FamCore
a reply to: GBP/JPY

As an American citizen, I'm a lot more concerned about what the Fed & Treasury are doing than the usual wall street suspects...

posted on Sep, 19 2020 @ 04:01 PM
link
I recently balanced out my stock positions with putting a decent amount of $$$ into short and medium term US T-bills. It was cash that easily could've gone to add on to my holdings of Tesla, Amazon, etc, but I felt I needed to hedge stocks ATM. After that investment into fixed income securities, for the foreseeable future, I'm going to just start "stacking metals" for while (PHYSICAL gold and silver bullion).

I had been reading "The Intelligent Investor" by Benjamin Graham, which is rather old but highly regarded book on sound investment strategies. The takeaways I got from that book were, to divorce yourself from emotion when choosing investments, and make sure you don't put all of your investments into a single basket, not only a single STOCK investment, but also avoid investing in JUST stocks, JUST bonds, JUST metals, etc. (i.e. always try to be diversified).

It's important to spread your investments around and not be tempted to "just" buy the hottest stock. Hedge your positions; try to balance out stocks, bonds, metals, etc.

posted on Sep, 19 2020 @ 04:08 PM
link
Oh, I guess you could add crypto-currencies to the diversification basket too. IDK, I made a few grand in BitCoin after the "split" between the two different variations of BTC, but honestly, I wouldn't advise sinking much money into those investments as a primary form of security. Too much volatility, and they are subject to abrupt changes based on the underlying software used to control how the altcoins/block chains are managed. More of a boutique investment vehicle; certainly more risk than stocks, bonds and metals.

Gold and silver are being held down because they are an alternative to the dollar,by rigging the prices on the paper market, it makes them ridiculously cheap, when ever in the past money printing on this scale doesnt effect their prices? the scale of this fraud is unprecedented in human history it has to be some sort of joke.

They're down because manufacturing is down and industrial use of gold and silver, along with other rare earths and precious metals, has dropped. It's called supply and demand.

precious metals in general have gone moderately up and then sideways, not down. In fact, from technical analysis it is pretty evident that gold has a new support level after having remained above $1,915 for some time

I got palladium at just over $500 per ounce and it is at $2,200 conservatively (I know that is a smaller data point, but still quite worthy of mentioning based on the circumstances): www.kitco.com...

We'll see how long weighting the indexes with tech will continue the facade.

Just like all the other bubbles, we'll see at the very least a correction.

I sense a prolonged bear market, and judging by the preperation, or lack there of... I don't think it's going to go well. Credit is being used to dull the initial wound... We'll see how that works.

Past a 401k or other retirement fund, I doubt it seeing as the financial threads tend to have less participation than many topics. The econimic discussions are typically political in nature, and the talking points reflect that.

The market is reacting to a black swan event (or arguably two at the same time if you want to factor in the brief oil trade war). The reaction is terrible, but it's transparent, those at the reign are pretty clear in their objective.

So it's my opinion that we have a pretty predictable market at the moment. Perfect time to hold stocks if you ask me, so long as you don't become too attached to some and don't get caught bagholding after the top.

“So, you think most ATS members have stocks? That they are involved "in the markets"?”

Where did I say that? I suggested that anyone who is oblivious to the crazy activity in the US stock market may not care or pay attention to these things, but now is a perfect time to start watching it (even if you aren’t investing in US equities)
edit on 19-9-2020 by FamCore because: (no reason given)

"Once the flu season starts kick in more in December, will they shutdown everything again ?"

Nope , the rona cure will be delivered in November

Were in a Depression they should have gone up.