All i am expressing is that no matter who was working on that boat absolutley had a navy or marine escort someone is always on duty, we don't let tom dick and harry do what they want all by themselves unless it is being done at their home field.

The fire was called away at approx. 8:30 AM, July 12,” read a statement on Twitter from Naval Surface Forces. “160 Sailors were aboard at the time. Bonhomme Richard is going through a maintenance availability and has a crew size of approx. 1000. 18 Sailors have been transferred to a local hospital with non-life threatening injuries.

posted on Jul, 12 2020 @ 04:30 PM
link
a reply to: Bigburgh
what will it require to rule out sabotage with such a low injury and death count at this point and verify accident with the updated status?

Point of origin(s) and testing for an accelerant. But it will be awhile before they can get in and investigate for obvious reasons. So far it was reported that it started with a welder. But they will investigate other aspects do to the cost of this ship. Not sure how the United States Military goes about insurance

IDK either CIS investigation findings probably wont be available to us for a long time either. Fact is, there will be multiple internal investigations and insurance like you said I don't know man.

You are probably right, it was probably a boot. Can I say boot anymore without being racist or hazing these days?

originally posted by: Brotherman
a reply to: smurfy

All i am expressing is that no matter who was working on that boat absolutley had a navy or marine escort someone is always on duty, we don't let tom dick and harry do what they want all by themselves unless it is being done at their home field.

No bother with that at all.
I will go back to the original mention I made about the fire is only being contained though, and if no one is at the seat of the fire, then no one can say exactly what is going on.
The boat to me, has a big problem.

'San Diego Fire Chief Colin Stowell told CNN that all fire personnel immediately withdrew from the ship and a nearby pier was evacuated following an explosion onboard that was traced to a 55-gallon drum filled with a chemical used for cleaning tools. He said that there was also explosive ordnance onboard and that firefighters had to be especially cautious.

Stowell said the fire could burn for days....cause of fire not known'
www.latimes.com...

I did read somewhere that the fire system was not operative, anyway.

originally posted by: putnam6
Biden is saying the Japenese have bombed us again and Trump knew it was gonna happen

That’s a pretty wild story considering everyone else is saying no ordinance on board and has been mentioned about the fire suppression system. I am going to stand my ground here and say idk anything about the situation there but very much looks like to me some really lazy safety protocols or something to that nature.

There have been multiple warnings about poor fire safety during yard work.

originally posted by: Zaphod58
a reply to: Brotherman

There have been multiple warnings about poor fire safety during yard work.

Maybe, especially, at these current times.

Admiral reports No ordnances onboard .
17 military and 4 civilians injured.
edit on 12-7-2020 by Bigburgh because: (no reason given)

It wouldn't surprise me if it was a yardbird's fault either. Having to patrol, deescalate drunk and high people and preventing fights from breaking out everyday was a pain in the ass. Having to watch them and escort them around and make sure they only touched things they were supposed to, and finding out who let one loose and go off on their own without the proper permits.

I can't tell you the amount of times I caught some tweaker nodded off in a fanroom or two hippos making out.

Christ, that reminds me of all the poop cups and piss gloves we'd find.

Ordnance gets offloaded before going to drydock. That's standard procedure. That way when crap like this happens we don't blow the city off the map.

The explosive ordnance that was left on board was probably the grenades.

Anything that can make big boom is supposed to be offloaded before entering drydock. If that didn't happen there's going to be a #storm, but I think it's safe to say that the big stuff had been offloaded, because if it hadn't there would have been big booms.

Yes I know, I made a point of this. And thank you for reiterating this for others.

The admiral also mentioned they "may" get the fire under or over with when it reaches the waterline.

Are they bringing in air drops? 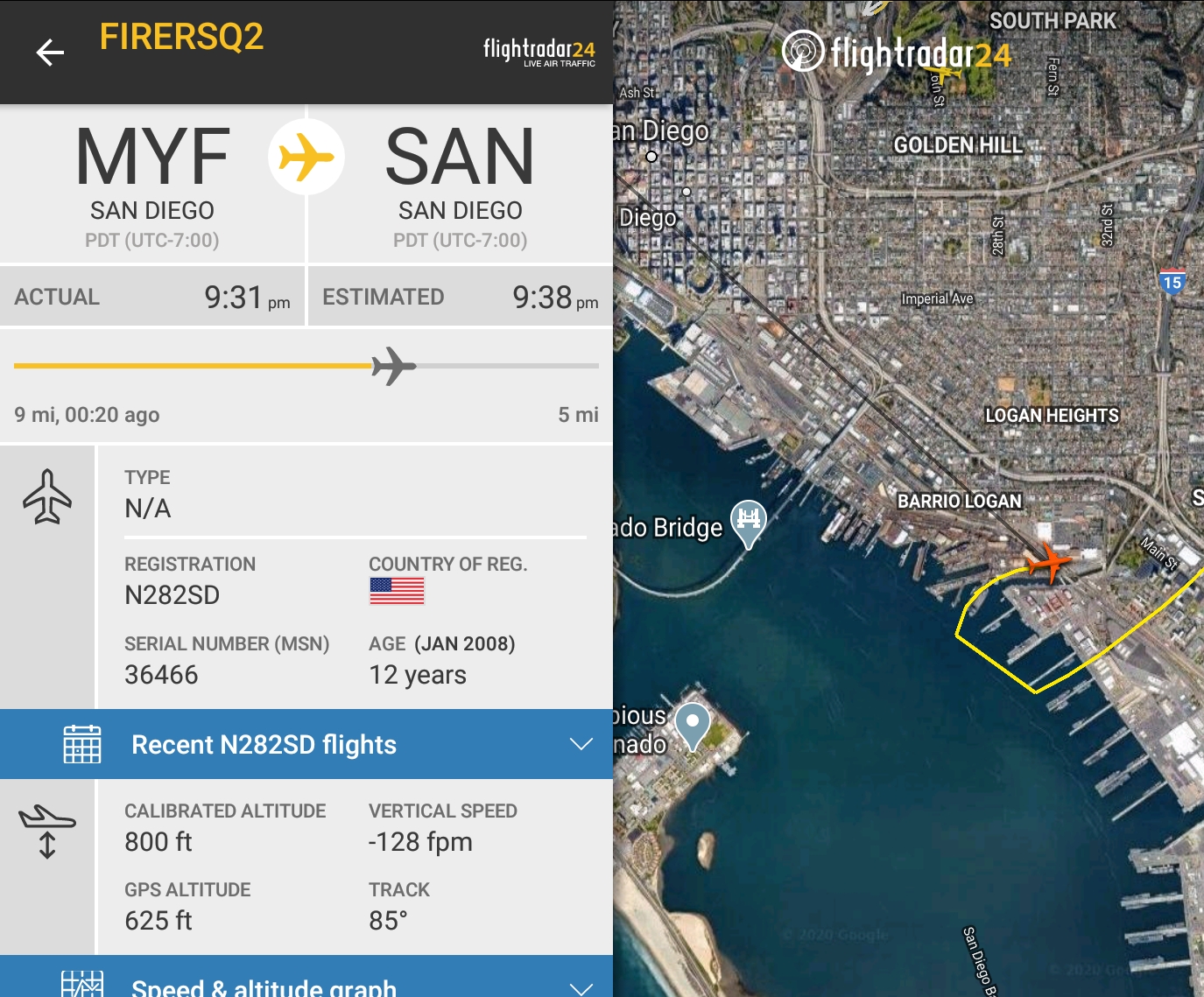 That's a San Diego owned Bell 412. If it's doing anything, it's most likely using thermal systems to monitor the fire. Air drops on ship board fires aren't very useful. They may also drop water on the buildings around the ship to keep it from spreading.

You're a golden God. Thanks! 🤗