Michael Bloomberg the Man who wants to Buy America

Previously identified as a Democrat, Republican, and independent, Bloomberg switched his party affiliation back to the Democrats in 2018!

Who is this man who as mayor of New York City decided the size of your soft drinks, decided to use his own money to fight the Second
Amendment everywhere in America, spent 150,000,000 dollars to destroy the vaping industry, even before the mysterious lung disease
related to unsafe and usually illegal products became newsworthy, who is this man who stands for your health, like it or not - Who is this man who
stands to attempt regulation of your life, your right to defend yourself and your family because his money and sense of omniscience makes him
think that he has the right to buy and own the United States of America?

Who is this man who buys into the Democratic party, only to latter stab the party and its candidates in the back as he decided only he had
a chance to defeat President Donald Trump - One of his former friends.

I've been watching politics for 50 years in this country and Bloomberg by far exceeds any threat to the Constitution and Republic of
the United States than any other candidate in recent history. [my opinion].

With no grassroots support and no willingness to debate the other Democrats, Bloomberg believes he can buy America for himself
- Should we let him? 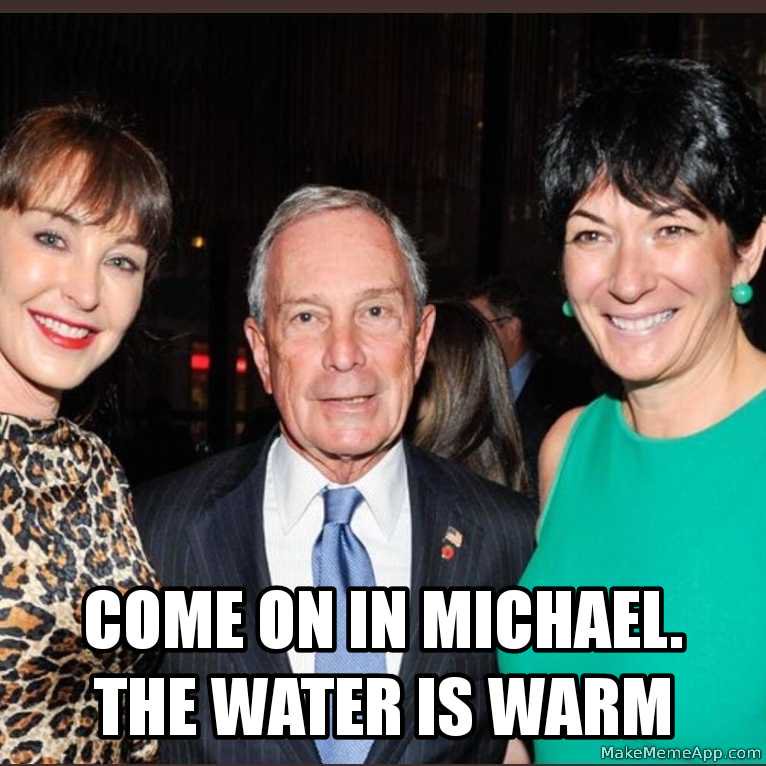 originally posted by: BrianFlanders
I suppose that Bloomers can probably buy anything Trump can buy.

Yeah maybe, except in the 2016 elections Hillary spent $768 million and Trump spent $398 million. How much does Bloomberg need to spend to beat Trump? Triple that?
edit on 3-12-2019 by jjkenobi because: (no reason given)

When he told his news organization not to report on him, that disturbed me on too many levels.

There is something seriously wrong with that.

I don't see the democrats wanting to elect an old, white billionaire. They hated Trump because of that and I can't see them being hypocritica.......................oh right, we're talking about democrats. Business is to Trump, what hypocrite is to democrats.


originally posted by: BrianFlanders
I suppose that Bloomers can probably buy anything Trump can buy.

Yeah maybe, except in the 2016 elections Hillary spent $768 million and Trump spent $398 million. How much does Bloomberg need to spend to beat Trump? Triple that?

What Trunk spent doesn't matter as much as who he works for and what he's doing for the people who gave him the presidency.

It makes about as much sense for Bloomers to be the next useful idiot as Trump.

It has occurred to me that Trump is the guy who can do almost anything because he isn't beholden to a specific party. Which previously kept things sort of in check since a Democrat couldn't ban abortion and a Republican couldn't ban guns. Trump is neither and he could (hypothetically) suddenly throw his weight behind either one of those things without breaking character. I suspect we will see more of this in the future because (obviously) it works. This entire forum has turned into a cheerleading squad for TPTB simply because Trump has convinced them he isn't part of TPTB (but is).

This entire forum has turned into a cheerleading squad for TPTB simply because Trump has convinced them he isn't part of TPTB (but is).

posted on Dec, 3 2019 @ 10:27 AM
link
a reply to: AlienView
Just wait until he creates that giant squid to land on a city and send everyone mad.
He knows Robert Redford is going to be president in the future.
Sorry.
Wrong timeline?

The sheer size and scope of DEBT that would be created by Bloomberg,Warren,Sanders would make countries like China. One the largest debt holders if not the largest.

What do I think ?

Bloomberg can go pound sand at one of his beach houses, and leave us free folk alone.
edit on 3-12-2019 by neo96 because: (no reason given)

originally posted by: neo96
a reply to: olaru12


It's much worse than that - He's a 'control freak' - A really bad control freak who believes he has been chosen to
take over the United States and enforce his view of America - And interpret, or should I say destroy, the Constitution
to suit his agenda of control.

Take gun control and the Second Amendment - Bet on this, if he doesn't have control of congress he will circumnavigate the Constitution by 'executive orders' - Guns will be outlawed as a threat to public safety - Gun confiscation is part ot his
agenda.

Mchael Bloomberg has spent millions and millions of dollars of his own money nationwide to weaken and destroy the Second Amendment
- Interfered in elections for this purpose - But the control freak agenda will not stop with guns - But gun confiscation makes fascist dictators
feel safer - As the many genocides and holocausts throughout history have shown [Germany in the 1930s and 1940s under Hitler, for example]


Guns are but one issue but on many issues Bloomberg has indicated that he is more than willing to exert government control where it should not be.
His law limiting the size of soft drinks because he decided they weren't healthy [struck down in court] is only the beginning- - Bloomberg would make this country so well controlled and healthy that it will make you sick