Right there with ya on that one. If I ever get anything on camera that is UFO related you can count on me to record until it's gone. I'd follow that darn thing as safe as can be. Well, If I had someone else driving I'd be 100%dl dedicated to getting as close as possible while capturing it on video.

originally posted by: Floridadreamin
Another cigar shaped UFO of unknown origin. Arn't these found all over without explanation? Couldn't the Air Force hunt these down and give an explanation? In modern times, no answers make no sense.

Not necessarily a cigar...Could be a disc viewed from the side...Looks legit to me...

Anyone else want to chip in with me and buy this guy a camera with a much better zoom feature?!

Are you f#cking kidding me?

I know my eyes are getting bad but from that distance he might as well have provided a drawing instead.

originally posted by: tommyjo
Looks like very poor footage of one of the Goodyear Blimps. The date on the other video has it as

The Goodyear blimp actually flew overhead today in Middletown, NY. I'm here for a short business trip and noticed it overhead and snapped a few pics with my phone. 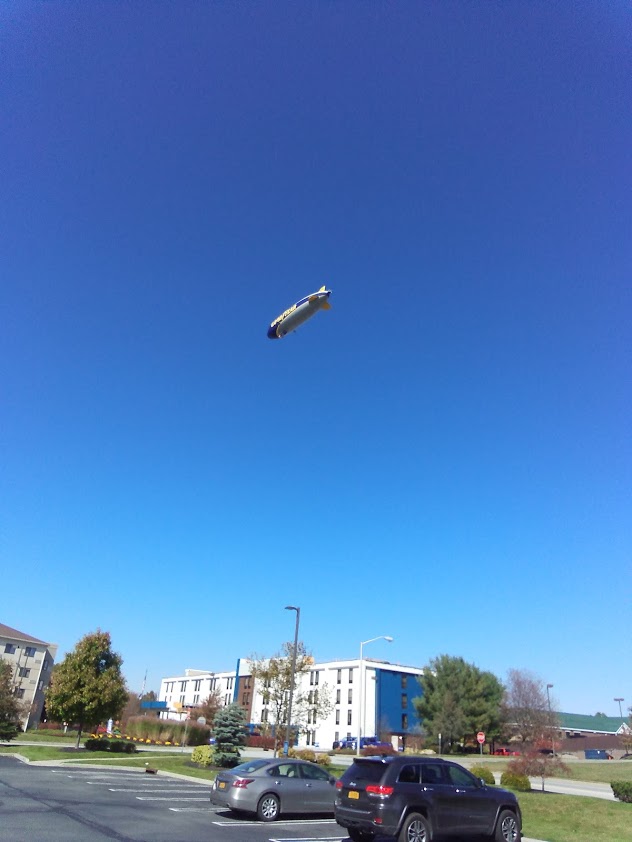 Best case scenario it is a blimp. I was thinking the more oval shaped. Never seen one as thin, but there is a lot lost due to the quality of the video.

I'm going to have to go with that.

Your video shows it does appear as such. Nice find btw, I looked for more videos and only found the one that was posted second.

posted on Oct, 15 2019 @ 07:29 AM
link
Here is another example of how footage of the Goodyear Blimps can be deceptive. Taken during August 2019 when one of them was over Los Angeles for a football game. 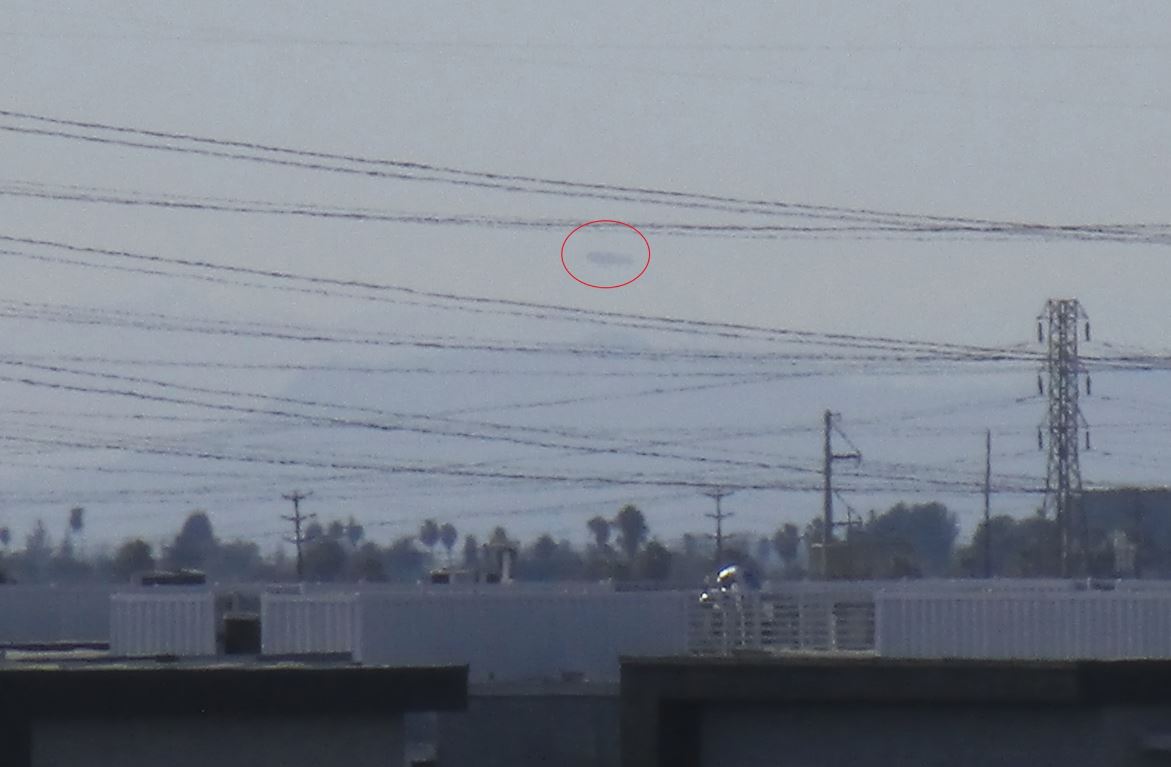 posted on Oct, 15 2019 @ 07:46 AM
link
I would agree that it is quite likely to be a blimp.
The zoomed in shots appear to show the tail fins.
There should be some flight logs for blimps to show if there were any in the area that day.

originally posted by: galadofwarthethird
a reply to: sprockets2000
Could be a balloon. Normally my standard response would be swamp gas. But thats one funny looking swamp gas for sure.

Just seems out of place. Out in the middle of nowhere? Hovering over farmland? A sports game, I can see..
edit on 15-10-2019 by Kromlech because: (no reason given)

They don’t transport blimps bus rail or highway, so as the crow flies, it will much more often than not be over rural areas.

originally posted by: Kromlech
Just seems out of place. Out in the middle of nowhere? Hovering over farmland? A sports game, I can see..


They don't fly in straight lines because of the wind, and often have to tack quite a bit to get to their destination, like a sailboat.

The new blimps are quite smaller than older ones. The image in the video seem quite a distance off, and the newer blimps may not appear that big from that far away. And the general shape is off.

Like some others have said, when he zoomed in there seemed to be a faint image of a tail wing.
The speed at which its moving is consistent with a blimp.
They dont make much noise, so you have to be fairly close to hear them.
That seems to be about the correct height for blimp travel, they tend to stay pretty low.

As much as I would love for it to be a UFO.. I really do believe that its a distorted image of a Blimp cruising along


Just seems out of place. Out in the middle of nowhere? Hovering over farmland? A sports game, I can see..

there is a lot of farmland in Indiana , almost 2/3 of the state. kinda hard not to fly over it there.