posted on Oct, 14 2019 @ 09:55 PM
link
a reply to: sprockets2000
He states that he's in La Port and Elkhart is not far away.
La Port is about 20 miles west of Elkhart Indiana, and I believe there is a time zone difference.
Pretty legit looking.
SnF

Now that's something that doesn't jump out at me as fudged.. interesting!

I can't see it as a balloon, not like any I've ever seen, and that's way too slow for a conventional craft..

posted on Oct, 14 2019 @ 10:05 PM
link
a reply to: sprockets2000
Could be a balloon. Normally my standard response would be swamp gas. But thats one funny looking swamp gas for sure.

I am always sceptical when there is no end to the video...it just cuts out.

I can't imagine anyone just saying....aight... I got enough video....I'll just stop it here.

Video looked great....just wonder where the end is...

Violater1's video has the end of what the cameraman saw, well, it disappears behind trees.

Doesn't look like a blimp to me, either. too thin and .. just doesn't seem right.

Or, based on the color of the object, solar balloon.

Alternatively, given the agricultural nature of the location, methane fermentation pit cover.

my thoughts exactly, that's probably why he never tried to zoom in.

posted on Oct, 14 2019 @ 10:55 PM
link
No, a "standard response' would not be 'swamp gas.' A standard response would be airplane in the distance. Air force cargo plane comes to mind. Steady course, no strange deviations, level flight. Nothing to get excited about, again.

posted on Oct, 14 2019 @ 11:06 PM
link
Another cigar shaped UFO of unknown origin. Arn't these found all over without explanation? Couldn't the Air Force hunt these down and give an explanation? In modern times, no answers make no sense.

Huh! he was zoomed in the whole time, or at least as much as can be possible on a cellphone.

Just look at the other vids of it, the one in the OP is just a clip.

Anyways does look like a balloon and its even on the identification chart marked as weather balloon.

Ya well everybody has there standard responses, I suppose airplane in the far far distance would do for this, or I like the fly in the foreground ones as well, chinese lanterns, those were popular for a time, also remote controlled drones are not so much in style as they used to be for explanations, even though they have become more popular as toys that people have.

But hell, the swamp gas one. Its funny, and also plausible to explain about 80% of known phenomena.

See, totally just made up that 80% thing.

But in all seriousness, still have seen better UFO vids on facebook. ATS is not what it used to be.

here you go, and read the comments in the second video.

in the second video post date is July 2018. the good year blimp was in indy in july If you saw the Goodyear blimp over Indianapolis, this is why

seeing how post date on first one was today 14 Oct 2019, and the second July 2018 we don't really know when and if it was flying over.

my bad it's the Mufon video here as link,


and he was not zoomed in.

posted on Oct, 14 2019 @ 11:23 PM
link
a reply to: hounddoghowlie
Well ya that's what I said, could be a ballon or blimp. For from the most interesting UFO vid out there.

posted on Oct, 14 2019 @ 11:31 PM
link
a reply to: hounddoghowlie
Im not sure what your trying to say? Could be blimp as its in the area, could also be not blimp. Cant tell from that vid what it is as its kind of crapy. But like I said looks like baloon, ie blimp.

And yes he was zoomed in, at the end of the vid he says so and does exactly that zoom in and out.

posted on Oct, 14 2019 @ 11:34 PM
link
a reply to: gallop
the new blimps are long and skinny, plus if you look at the video, the top center and bottom you will notice that the center ios darker than the top and bottom 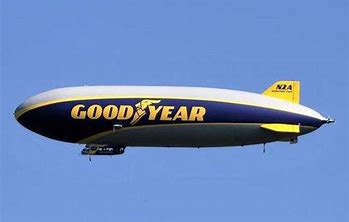