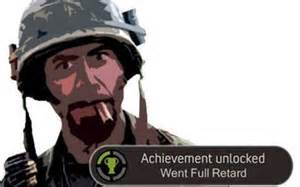 I see they stopped short of banning animal breeding mills... otherwise, how are idiots gonna be able to buy super rare breeds for thousands of dollars.

originally posted by: Blue Shift
If you're going to ban fur, you might was well ban leather, too.

Missing the forest for the trees again here.

You will not see fox/mink/beaver/etc meat in a store post-cull. You will, however, only see it's fur used. That's not particularly justifiable by any means.

You WILL see the various beef cuts (edit: and organ meats, and bones processed into bone meal for animal foods and fert use) from the culled cows on the stores, as well as their hides used (leather) You will also see poultry feathers used from the chickens, ducks and turkeys we eat. That is justifiable.

Killing an animal only for it's skin is about as lowly as killing a rhino for it's horn. Maybe those supporting the practices should be treated the same.
edit on 10/14/2019 by Nyiah because: (no reason given)

That's the interesting thing, most of the people that still trap for fur use every last bit of the critter, yet the enlightened folks away from the back country... not so much.

Perhaps they should take the bear off their State flag then?

The 1849 Gold Rush might have turned California into the land of opportunity. However, a few decades before the California Gold Rush, the much less remembered California Fur Rush began. Before 1825, American, English, Spanish, French and Russian fur hunters were drawn to the northern and central California coast to harvest mammals with valuable furs, including sea otter, fur seal, beaver, river otter, marten, fisher, mink, fox, weasel, and harbor seal. The San Francisco Bay Area, the center of the early fur trade operations, provided many of these species as well as the lesser animal species such as raccoon, badger, and skunk. California’s early fur trade opened up a new era of world trade in the American West, particularly the Bay Area

I have bought specimens directly from zoos, that have existed only because they want people to come and see "puppies".

After they are a couple of months to a year, they euthanize them.

Can not give names.

I'm not a big fan of "fur farms" but I am in big favor of harvesting from our natural, renewable resources.

Trappers were mentioned above here. I'm more inclined on buying fur from such a person than from a business dealing with caged animals, which is animal cruelty whichever way you look at it. We have to look at this from different perspectives. One law to rule them all isn't going to cut it. What's next, banning meat altogether since we can grow it in petri dishes now? What a wonderful idea, giving free reigns to GMO companies giving them complete control. We can trust them 100% right? Right?

While we're at protecting the climate, isn't it nice that we set up 600 foot tall windmill clusters to generate clean energy, neglecting the fact that they destroy the surrounding scenery, are big threat to birds, have a safety range of about 300 yards (those I've encountered at least) due to ice or propeller debris and drive bordering neighbours insane with noise pollution. On top of that they apparently have a life span of about 20 years, but are prone to brake down before that. Worst of all, I've read the energy loss is around 60%, making them ineffective, lumbering giants that costs half a million dollars to dismantle after they expire (foundation and cabling remain in the ground indefinitely).

Very important topic, and I agree that we need to preserve all we can. HOWEVER, if we're talking about pine, birch, spruce forests or the like, the way to preserve them is to plant new trees when the old are cut down. This is a renewable resource, and wood is useful in all kinds of products. But what if we let the trees grow old and die? Well, we could do that some places to build up natural habitats, but dead trees don't absorb CO2. That's why cut and plant is the way to go (or continue, rather).

I wonder more and more what the hell politicians are really doing? I'm losing all faith here.

Note: this is from a Northern Europe perspective, so California is pretty distant to me in a lot of ways.

Do you think they send human raised lions to Africa or something?

For example, recently there was a big bunch of some sort of small monkeys carcasses available because the enclosure did not attract enough people so they got a new exhibit that was considered more exiting for people to stare at. Monkeys got euthanized because other zoos did not want them.
edit on 15-10-2019 by solve because: (no reason given)


But i do not blame you for not believing me, its not like they advertise this stuff
edit on 15-10-2019 by solve because: (no reason given)


But if you want to catch a glimpse behind the curtain, search Zoothanasia, Convenience euthanasia.
edit on 15-10-2019 by solve because: (no reason given)

Mink (ermines and weasels, too) carcasses generally are either sold (or used if the mink was caught via a trap to begin with) as bait for trappers or is donated to bird of prey rescue organizations or other bird sanctuaries as food for raptors and the like. They are also frequently given to zoos for weasel, wolverine, wolf, and coyote food. A human can't really eat mink because their scent glands make the meat taste and smell very much like cat piss.

Fox meat is edible and not bad if properly handled. They also have a scent gland, but proper removal of it also removes the contribution of cat piss smell to the meat. Then pressure cook the meat... makes a decent shredded chile con carne.

Muskrats are another fur bearing animal that is pretty decent tasting. It's no different from rabbit or squirrel, especially if taken from flowing or at least clear water. (They can get mossy tasting if taken from stagnant waters and that meat will benefit from an overnight soaking in buttermilk.)

Won't eat coyote... nah, not doing that. I'm happy to call them in and remove them from this plane of existence, then take the hide from them, but eat that meat? Hell no.

Anything else out there is palatable if properly cooked. Fur has numerous uses and no, synthetics don't work as well nor are they worth a rat's ass if you're looking for something to keep you warm in arctic climates. Fur continues to keep you warm even after it has gotten wet... synthetics, not so much. As an added bonus, fur is a 100% renewable resource... can't say the same for synthetics which have to be manufactured in a lab using non-renewable materials.

originally posted by: Nyiah
You will not see fox/mink/beaver/etc meat in a store post-cull. You will, however, only see it's fur used. That's not particularly justifiable by any means.

Beavers aren't traditionally a farmed animal. Foxes are the second most, but it's a very minor number compared to mink and ermine, which both do quite well in captivity. You won't see beaver or fox meat in stores because in most states it is illegal to sell game meat and these animals are considered game. Those laws make exceptions where processed fur is concerned and, in some cases, raw fur... but I am not aware of a state where wild killed beaver or fox meat is legal to sell. Lot of peopl eat both, however.

I did not say that, of course there are special breeding programs going on, but a large amount of surplus animals that have no purpose after they are adults and animals that do not attract enough people suffer this fate.


So next time you go to a zoo, try to spend an extra couple of minutes looking at a "boring" exhibit, it could be a matter of life and death for a healthy animal.
edit on 16-10-2019 by solve because: (no reason given)


Did you just say lot of people eat wild beaver?

posted on Oct, 16 2019 @ 03:38 PM
link
I live in an area that gets subzero regularly in winter, and I take the bus so I walk to the bus stops. I've had synthetic fur but I cut that off my hood and replaced it with a genuine fur button-on replacement I got off Amazon.
Synthetic fur is no where near able to keep the wind off my face. I get that for fashion alone, fur is a vanity statement. But some people do get fur in order to actually keep warm on their way to work in colder climates and I won't apologize for that.

It's funny. There are those who's goal it has become to protect nature and its inhabitants from pesky humans, yet those same people seem to have lost all touch with nature themselves. I guess radical climate activists and certain politicians fall into this category.

Enjoy your fur. You have my support on that.