“Our great American companies are hereby ordered to immediately start looking for an alternative to China, including bringing your companies HOME and making your products in the USA.”

Normally such proclamations made by the State are reserved for communist dictatorships, I guess it's good enough for President Donald J. Trump to order private companies to do what he wants. If they can do it North Korea, why not America?
edit on 24-8-2019 by links234 because: (no reason given)

Like I said in the other thread about this.

Why does anyone care what trump said?

A potus doesn't have the authority to make a business owner do anything.

"American companies are hereby ordered to immediately start looking for an alternative to China." 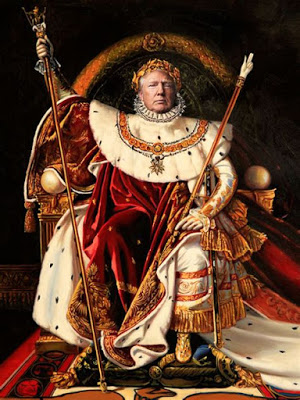 I thought the economy was hot! Best it's ever been! Better than any economy in the world!

originally posted by: DictionaryOfExcuses
a reply to: loam 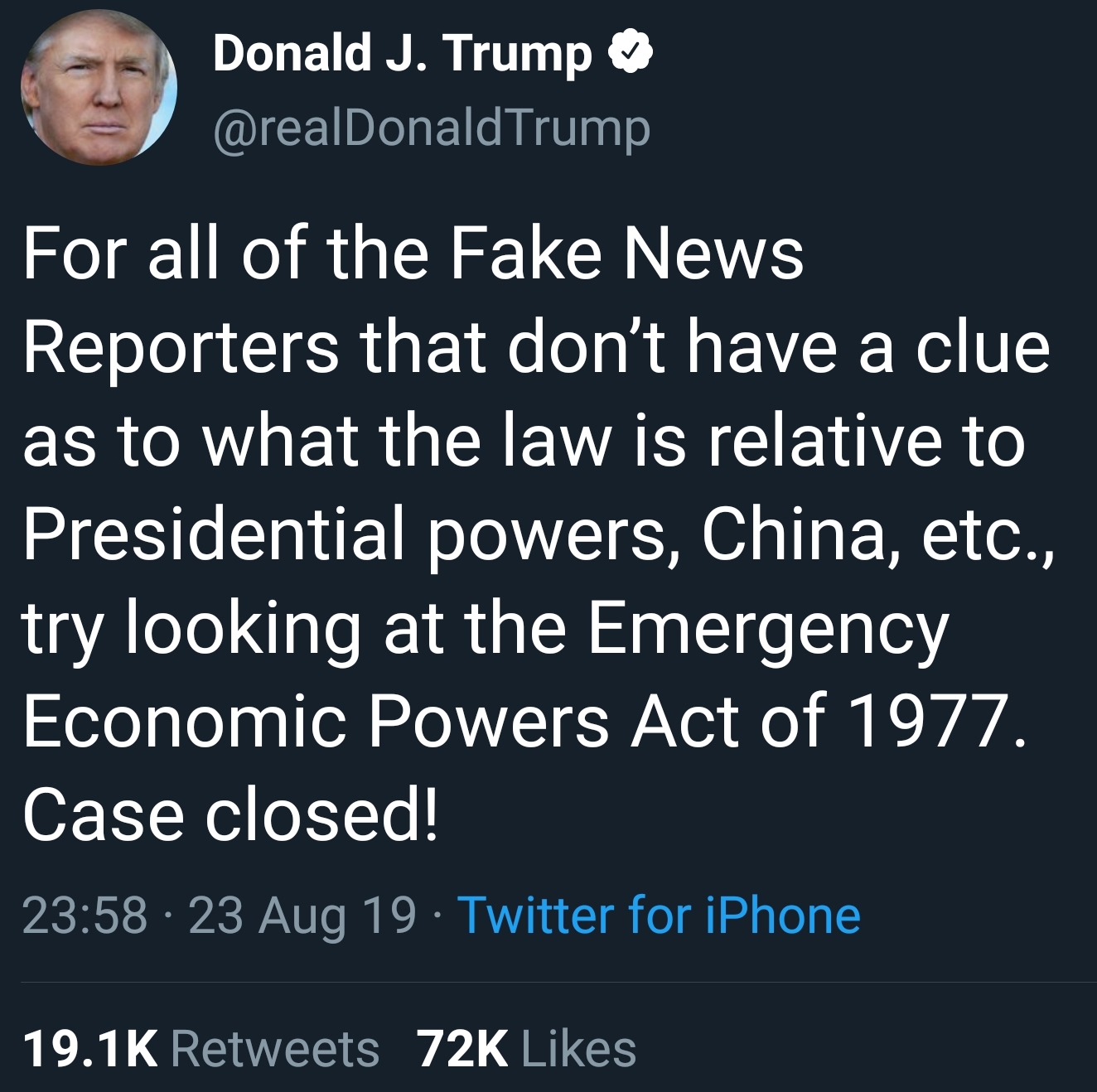 
that's why he started with the tarriffs and crap... he needs the chaos they create to convince us that there is an emergency..

originally posted by: loam
a reply to: links234


Trump is having his 2020 campaign banners made in China. I guess that law doesn't apply to "the chosen one"...
And Ivanka can do what her daddy does and have her line of clothes and accessories made in Asia as well.

So the socialists are pissing themselves because they think Trump is acting like a socialist.

President Trump on Saturday agreed to scale back restrictions on Chinese technology giant Huawei and delay new tariffs from going into effect against Chinese goods as part of an effort to restart trade talks with Chinese leader Xi Jinping.
The major concessions, which came on the sidelines of the Group of 20 summit, came after more than a month of acrimonious fighting between two of the world’s largest economies.

A number of Democrats and Republicans had cheered Trump’s crackdown against Huawei, but Trump said Saturday he had agreed to lift some of his new restrictions after discussing the matter with Xi. He said he would allow U.S. technology companies to sell their products to Huawei, something that had been banned under his recent action, and that he would be meeting with aides very soon about rolling back even more restrictions.

This isn't about intellectual theft. It's not about human rights violations. It's about Trump's tit for tat tariff war to get China to lower it's prices to us, and to pay us more for our goods and services. It's about Trump trying to strike a trade deal, in his image.

"Trade wars are easy to win".