Liberals and conservatives alike - pipe down, there were two black Roman Emperors

He founded a personal dynasty and converted the government into a military monarchy. His reign marks a critical stage in the development of the absolute despotism that characterized the later Roman Empire.

Caracalla was Roman emperor from 211 to 217 CE. Caracalla was born Lucius Septimius Bassianus on the 4th of April 188 CE in Lugdunum (Lyon) where his father Septimius Severus was serving as the governor of Gallia Lugdunensis during the last years of the Emperor Commodus.

When Caracalla was seven, his name was changed to Marcus Aurelius Antoninus. This was done because of the wish of his father, now emperor, to link the new Severan dynasty with the previous Antonine one. The name ‘Caracalla’ was considered a nickname and referred to a type of cloak that the emperor wore (the nickname was originally used pejoratively and was never an official name of the emperor).

At the time his name was changed, Caracalla became the official heir of his father, and in 198 CE at the age of ten, he was designated co-ruler with Severus (albeit a very junior co-ruler!).


So, liberals and conservatives alike, pipe down. There were two Black Roman Emperors.

"This answer cannot be answered properly since the Romans did not have the same concept of race as we do. The criteria that are used in our times to call a person black depend very strongly on colonialist concepts developed in the period from the 16th to 19th century. As a result of this, even if there were dark-skinned Roman emperors we would not be able to tell if they were actually black in a modern contest or, for example, of Egyptian origin with a darker-than-average tint."

Since it's become such an argument topic for the Negro race, ie. their claims to fame, we have a lot of claims of individuals claimed by their race.

I’m looking this up now, but I am super doubtful..


Also I have no idea why liberals would care.. by definition they are usaly cool with new ideas..

posted on Aug, 23 2019 @ 12:40 PM
link
And so many shouts of 'racist' .....well I believe observation can be quite neutral. Simply deducing from an observation the apparent and obvious race is 'racist' ? What kind of bird do you have ? or dog, or cat? or what kind of burger are you eating, Angus ? Same same deductions are the observation of the individual and subject to logical deduction.

The fact he was born in Tripoli doesn’t mean he was black..


Italian romans would have been all over the empire.

So, liberals and conservatives alike, pipe down. There were two Black Roman Emperors.

"Pipe down" from WHAT, exactly? I've never heard liberals or conservatives wax eloquent on the race of Roman emperors. It's not exactly a common topic of conversation. I think you've concocted a straw man here so you can give us your highly suspect history lesson.

I'm not seeing it. 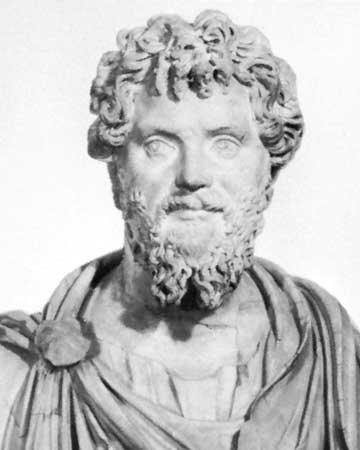 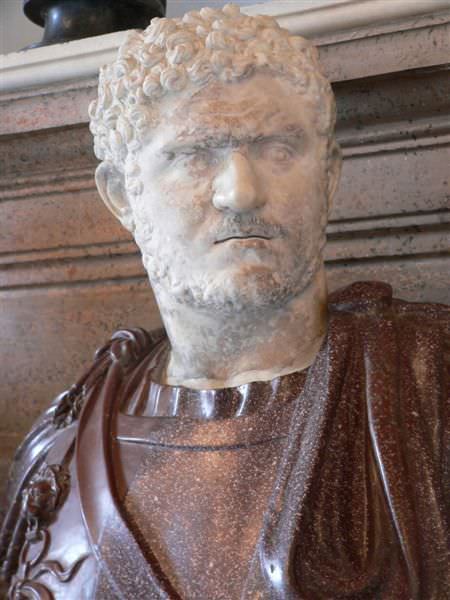 He doesn't look African from the bust on the wiki link you quote. Born in Libya which is not far from Italy.

Romans would have put Romans in charge of Libya I think.

I'll need more evidence to back up your claim.

posted on Aug, 23 2019 @ 12:53 PM
link
Netflix had a couple seemingly well done series of the Caesars. And it's up for interpretation whether Caligula was as bad as some paint him under the circumstance. Perhaps He was more victim of the political elete.


On a separate note, humans have selectively bred dogs for hundreds, if not thousands of years.

posted on Aug, 23 2019 @ 01:47 PM
link
Word is he likely looked Middle Eastern. Darker skin but certainly not black. He was an awful leader and is associated with the fall of Rome.

There are not many examples of great black leaders in antiquity. I don't know why that is and honestly do not care. I would not even call the great Roman leaders great since they were total warmongers, robbing and enslaving people as far as they possibly could.


edit on 23-8-2019 by AugustusMasonicus because: network dude has no beer because Heels took it

Went right over your head didn't it.

posted on Aug, 23 2019 @ 02:36 PM
link
a reply to: AnakinWayneII
Yes, it was a Mediterranean empire, and recruited soldiers from all round the Mediterranean.
But the question of liberals v conservatives is beside the point, because the mental association between black skin and slavery is a fairly modern thing. Post-Columbus, really.
For that matter, the distinction between liberals and conservatives is a product of the French Revolution. Before then, politics was about other things.

posted on Aug, 23 2019 @ 03:11 PM
link
a reply to: Sookiechacha
Ha, I see guys on technicals every week emptying anti-aircraft cannons at nothing that look just like him. I think I seen a dead Turkish mercenary that was a spitting image.

I think homie is going on his birthplace, not realizing that Italian romans would have immigrated there .