I do not believe Epstein is dead

That idea also sounds good, but you have to think back to the first time Epstein got caught up in the legal system. He didn't try to kill himself. Nobody else tried to kill him. He just got an easy sentence and kept working the sex compromise business on politicians and big businessmen.

So this time what is different? Nothing. He's out and hiding and probably got a desk job in the sex compromise business. Some new front man will take his place and the group will keep corrupting and compromising powerful people who they can use to get their agenda accomplished.

posted on Aug, 11 2019 @ 01:30 AM
link
The new younger Epstein is waiting in the wings for his public role of wealthy playboy. The older Epstein is working from the shadows.

Time to retire. He's done such wonderful work. He has served us well and we all play supporting roles now in his grand finale. Don't be late! It's going to be a really big show!!!!

What's the alternative? He's dead? There's never going to be another sexually compromised corruption scheme and we can all live happily ever after because this is the last reel and the bad guy is dead? Ha ha ha. It's a happy world now. We can all go watch the television!

posted on Aug, 11 2019 @ 01:58 AM
link
I learned a long time ago when I was reading all the JFK books that you just can't know all the details and that you'll get lost trying to get them out of a book. You just have to get the gist of it. You have to feel the scam.

Truth is you'll never get the truth from the media. The media is all a big cover up.

You have to weed the scumbags out of the FBI and put the real patriots on the case, get the facts and keep them internal, arrest and try people or even disappear them if need be.

Today we've got guys that leak and then become gals. What?!!

We've got media that propagandizes the public and keeps you entertained.

The real fact is that Jeffrey Epstein is not about sex. He's about control of the Earth and all the Earth's resources. It ain't about sex but they've got you hooked on the details.

posted on Aug, 11 2019 @ 02:00 AM
link
He was killed, or rather the investigation into his illegal activities and accomplices was. Nothing would surprise me though. Maybe he is in something akin to witness protection and is cooperating. Clearly he should not have been in some common prison, if he was willing to pony up a hundred million to post bail... Like a Hollywood script.


originally posted by: MichiganSwampBuck
If Epstein was so smart and so well connected, why didn't he take off earlier? He even had a prior case involving the same crimes, how long was he going to wait to disappear with all that heat? They said he was a flight risk because of some evidence found, like money, diamonds, a faked expired passport, etc. RIGHT! Like he needed that with him to flee out of the country, like he just thought of leaving now and wasn't quite ready.

He was destined to be the fall guy, he was a patsy that was set up and knocked down. So dead is my guess, it was the plan all along and Epstein was strung along until the end.

All possible but also maybe he thought he was bullet proof with all the dirt he had on the movers and shakers on both sides of the Atlantic not to mention if he really was Mossad or CIA. Agents always think the agency will have their back but the reality is when you become a liability your best friend at said agency will off you.

This is pretty much what I meant by "strung along until the end." All Jeffrey's friends and buddies, just going along like nothing has changed, everything is cool, no worries - we got this, and Epstein thinking he has the upper hand. Handling the problem that way made it easy, the plan worked as intended. Jeffrey boy was going down, it was supposed to happen that way if he got out of line somehow. He was totally played all the way to the grave.

Yeah, I don't think so. I'm not buying it. This is real life, not Hollywood.

(Then again how much do prison governors and prison wardens etc etc bank these days? And cops?)
edit on 11-8-2019 by AnakinWayneII because: (no reason given)

originally posted by: GArnold
I just do not believe he is dead. He is in protective custody . The story absolutely does not make sense. There is simply too much at stake. I have zero proof. He is not dead


I'm just glad the camera stopped working at the precise moment and duration
for the incident. Because then we'd be able to see for ourselves and
not have to rely on a mainstream that is proven to lie. And that would
just be scary and cause panic.
edit on 11-8-2019 by carsforkids because: (no reason given)

Usually dirty tricks are known about before hand, and of late, it seems to come from one side of the isle. Now the democrats are stamping their feet, because they were not included, and they want to know all the facts. At least that is the way it seems.

It might be they want the truth of Epstein's death, because they were not included, before hand.


Rep. Jerry Nadler, D-N.Y., called the apparent suicide "deeply disturbing," saying on Twitter that he was "pleased" that the FBI and the inspector general were investigating.

Again, the only reason he finds it disturbing is because, he was not forewarned of the upcoming "suicide".

In politics, Nothing happens by accident.

originally posted by: visitedbythem
We will soon find out the truth. The FBI has their top agent this 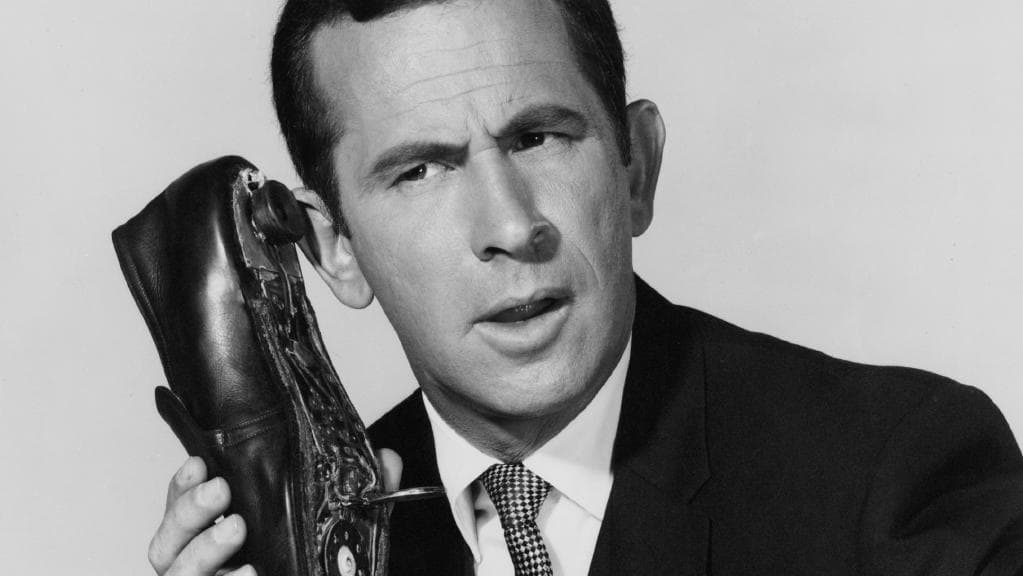 Would you believe Elvis and three to five Kennedys!

posted on Aug, 11 2019 @ 12:26 PM
link
well ….with the forced retierment of the prison director and the guards I think the case is closed for the politics..
just face it … the top of the bill can do watever they want... couse they make the system we live in
just keep an close watch over oure children so they will not be abused by them moore we can not do...!

keep in mind... everyting is for sale no exeptions ….the rich can do wat they want

one solution would be to raise an common funding to buy info about the top crimes … but that would be an illegal act ..ofcourse...
perhaps julian assange /wikileaks has some info?
edit on 11-8-2019 by ressiv because: (no reason given)

i doubt the cell was cold.
i agree that a life of confinement is not how he wanted to spend the last years of his life.
I doubt he wanted to die - planning an escape and then hiding from the law doesn't sound appealing, but death is less appealing, especially when he wanted to freeze his penis and head, in hopes to be revived. He also spread his DNA as much as he could, just so that he won't die. He could disguise himself and live another 30 years -assuming he's still alive.

if he's dead, he was killed. they violated the rules that said he was to be checked on every half an hour. but if they found him unresponsive, this doesn't equal dead, it only means unconscious.

Because this is not related. I watched a documentary about these Jewish girls in Australia. long story short, the girls were attending an all-girls school and the headmistress there sexually abused them and others. They complained to the authorities and the woman fled to Israel, where she started claiming she's mentally ill, hence the law can't touch her. not that the girls didn't tryto bring justice on the woman.

anything is possible at this point.
though,i doubt we'll ever hear from him again, even if he's still alive.
if he's still alive, i kinda wish he took down the royal family -
/sorry for the rambling
edit on 11-8-2019 by Kryscent because: no spoiler tags here?!? o.o

originally posted by: Vroomfondel
I don't know if there is an agency that could actually protect him considering how high ranking the elite molesters are that he would rat on. Somewhere in that mix would almost certainly be a person who had direct access to the person in charge of whatever agency was hiding him. That person could even be one of the elites he was about to rat on.

For some reason I remembered this scene from Star Trek:

Lots of people probably wanted him dead. To the points made earlier, this is a maximum security federal prison.

Getting in to kill would be nearly impossible. So, you almost kill him, get him to the hospital, swap bodies on the way in, get the very much alive Epstein on a plane and tell him he’s safe.

He thinks you’re taking him to his new life, but the public thinks he’s dead. So, if they kill him no one would be the wiser. Perfect, so they kill him legit dead and dump the body over the middle of the Atlantic.

As for the dirt/data/deadman’s switches.... that probably won’t see the light of day. They’ll find a whole bunch of evidence that Epstein was a lone wolf sexual predator - despite much information that brings that into question - tell us how this doesn’t bring closure to the families with their day in court but the perpetrator is dead and the good guys won.

Totally forgotten about in 6-8 weeks.

posted on Aug, 14 2019 @ 03:57 AM
link
How bizarre is that every time CCTV could clear something up the footage goes missing or the cameras stop working?

Seeing as he was supposed to have a relationship with Maxwell's daughter and Maxwell was a known Mossad asset, it's reasonable to assume Epstein was a Mossad asset too.

I'd argue based on some of his quotes, Jimmy Saville was an MI6 asset (he had quotes like "they don't know I'm working deep undercover" or something like that). Also, a guy doesn't have Christmas dinner with the then Prime Minister, Margaret Thatcher, or regularly visit the Royals without some serious background checks from the security services. So you have to assume that he was running the UK equivalent of Epstein's blackmail ring.


Seeing as he was supposed to have a relationship with Maxwell's daughter and Maxwell was a known Mossad asset, it's reasonable to assume Epstein was a Mossad asset too.

Then Logically, he should have never been in the Metropolitan Correctional Center (MCC), in the first place. Maybe some where like, Fort Knox, or some other highly secure military facility. I seem to remember someplace being warned about receiving high profile prisoners. Too late now...