So this is how they win.

Going after our sweet and tasty metaphors.


Damn you to hell.

We need to train our troops up on their weak point.. the bacon chakra.

Until then, try to pry my cold dead bacon out of my hands!!!!

posted on Jun, 14 2019 @ 09:57 PM
link
a reply to: FlukeSkywalker Here i was trying to have lucid dirty sexual dreams and all i had to do was have a couple of B.L.T.s for dinner. Thanks for the short cut. What about pulled pork? That should elicit some nastyness.


Then that would be really really bad?

Almost as bad as living without bacon.

Well, the only solution I see is nuking China from orbit.

And my fun it seems is over for the night... the Treading has begun.

Next time I'll post this in jokes, I guess..

But honestly couldn't find a better forum for it where we could have fun.


Who needs Asian bacon when the trichanosis (sp?) things are running wild in the PNW??

I love Wagu bacon as much as any other unclean ones (and will gladly serve my time in hell surrounded by the smell of long pork turning into bacon), but like Pet Rocks... all good things come to an end.

Wake me up when Spampocalypse happens!

I make a deer pastrami that will turn a Vegan.

However, I have tried various parts of everything wild and haven't found a good pork bacon substitute.

I would much rather talk about bacon than politics. 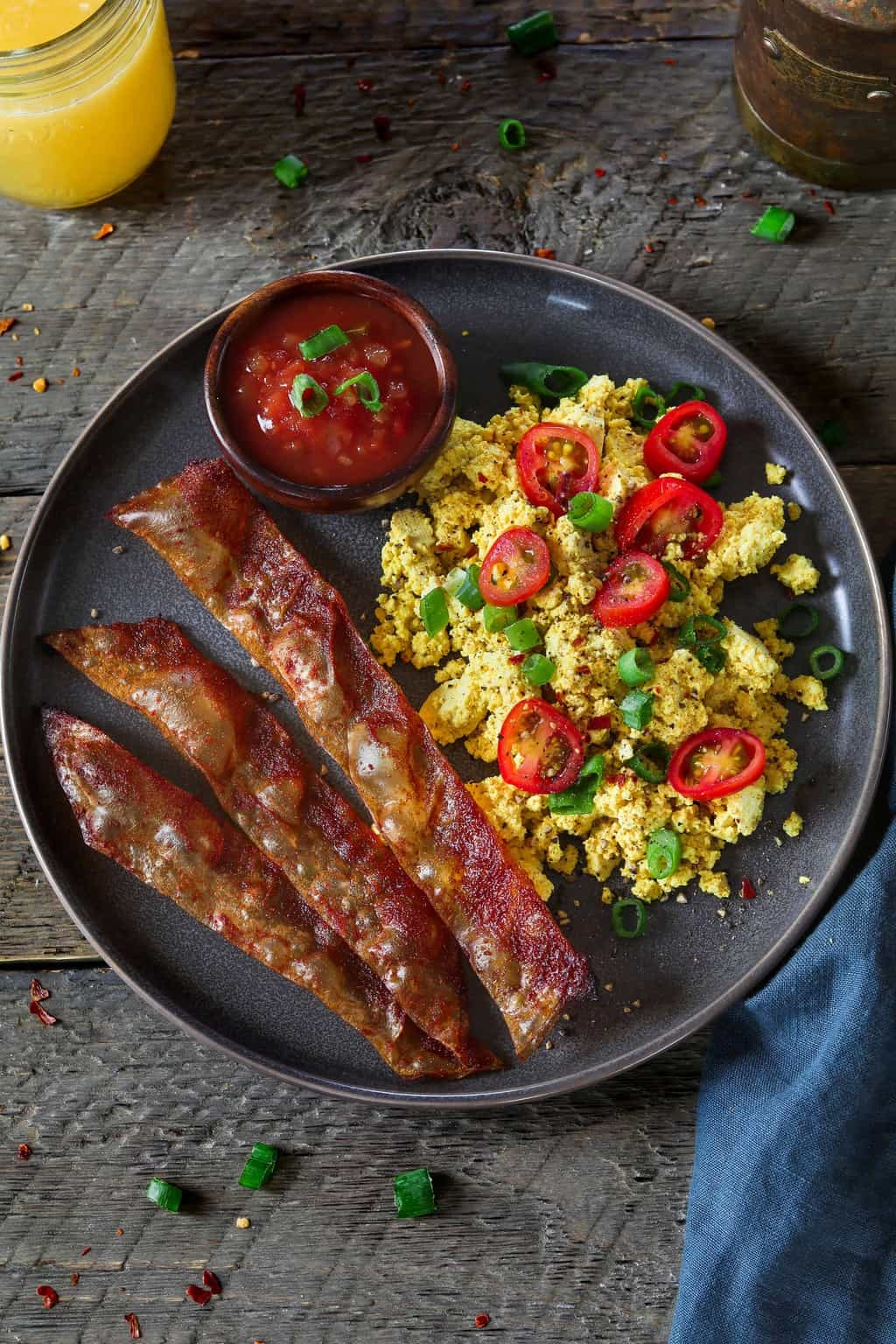 originally posted by: SeaWorthy
There are many kinds of vegetarian bacon, we love it can't hurt to give it a try.

Looks like my nieces fisher price plate... she throws everything at the floor and half of it lands on the floor like this... she also calls it bacon too but we all know better


A life without this

The closest thing to pork as far as taste goes is people....

One reason I didn't like Tyson moving chicken processing to China, you just don't want your foods to intermixed with any other country but especially China.

Plants have evolved an enormous array of mechanical and chemical defenses against the animals that eat them. Ok this way it's like some self destruct mechanism in play, but perhaps better then almost 2 billion/year being slaughtered for meat... Of course this most likely is nonsense but still who knows....

Imagine some alien species would see us people as slaughter pigs in the future and use us that way like we are doing with pigs and having zero defense (billions and billions of humans slaughtered/year)... no I'm not vegan, still it's pretty gruesome. We would wish somehow a virus was created killing us all..
The pig is genetically very close to humans, their organs are more compatible then ape organs..

At least in the future there is hope they can make good enough meat without animals most likely which could replace our barbaric ways.
edit on 15-6-2019 by Pluginn because: (no reason given)


The solution to this, and bird flu, and Bovine Spongiform Encephalitis, and brain lesions associated with Alzheimer's, and world hunger is ... don't eat meat, eat other sources of protein.

Meat is the easiest way to get protein and we are built for digesting it.

However, more for me and I respect your religion.

I've got no gripe with human biology or evolution, and I'm not arguing on reigious grounds. Reducing meat or elmininating it altogether is good environmentalism.


Would life be worth it in a world without bacon?


Yes.
In my world animal welfare comes above the need for meat , if your welfare standards are higher than China or Africa (not difficult) you should have nothing to worry about.

Factory farming animals for cheap meat is immoral and lack of welfare standards leads to the spread of disease , if you want bacon buy quality assured free range bacon where you know the animal has a decent quality of life before it hits the plate , of course it costs more but you get what you pay for.

I cannot agree more with what you said. Good animal welfare is a pre-requisite for civilisation in my book. The difference in life of a pig reared to UK standards on a field in Wiltshire, to the shockingly cruel intensive methods in China, and even America and Germany is marked.

Some countries have no idea what welfare and animal cruelty is, and China is one of those countries. You just need to walk through a market in China to feel revulsion in they way they treat animals.

Anyway, poor animal welfare inevitably leads to a greater risk of disease and the transmission of disease.

People need to check out the history of this disease. (Just do wikipedia)

It's been in Africa for at least 300 years. It's primary host are ticks. The native pigs like Warthog aren't even affected. When Rinderpest wiped out all the cattle in Kenya, they tried introducing pigs. These proved to be very susceptible. The first reported epidemic was in 1907. The first outbreak in Europe was in 1957.

China and Vietnam have huge problems because of the way many of their pigs are raised. China is particularly affected bacoz they eat more pork than anyone else.(How do you like my mispelling?) The biggest impact will not be on the average Chinese, but on the middle class. Most Chinese can't afford much meat of any kind.

There was an outbreak in Cuba (1971) that many believe was caused by the CIA. They lost 500,000 pigs. Maybe it's appearance in China is part of a plan to destabilize?

China is the place where diseases often make the interspecies jump. If a human mutation occurs, that's where it is likely to show up. This would be hugely problematic as the virus is very durable, surviving under harsh conditions.

Many diseases become milder as time goes on. Milder strains propagate better. Syphilis, for example was highly lethal when it first appeared in Europe, quickly killing huge numbers. It was called "The Great Pox" because of the huge sores it caused.

Bacon prices won't be immediately affected as there is actually a flood of bacon from animals butchered as a precaution.

There are many places on earth that are not suitable for traditional farming that feed(check out Allan Savory...PETA types really hate him) animal very effectively. OTH, moderns eat more meat than is good for the planet and the starving poor.
edit on 15-6-2019 by UMayBRite! because: mangled sentence edit