posted on Apr, 25 2019 @ 03:22 PM
link
Some "fat sex therapist" named Sonalee Rashatwar recently gave a 2 hour university lecture, hosted by the university’s Wellness Center, in conjunction with the Women’s and Gender Studies Department. Ms... Wait... I'm not sure what to call her... Wait, sorry again... "They" only go by "they" and "them" pronouns, since "they" are a "non binary queer bisexual" who doesn't identify as either male or female. Anyway, nonbinaryqueerbisexual Rashatwar goes on to claim during her lecture that fitness is a white supremacist Nazi science, that putting children on a diet is basically sexual molestation and child rape, and that her high blood pressure isn't due to her obesity... No, she only has high blood pressure because of society's stigmatization of fat people. Oh, and you know that guy that shot up the mosque in New Zealand? Apparently he did it because he was into fitness.


“I experience diet culture as a form of assault”

“I do not think it’s surprising that the man who shot up Christchurch, New Zealand was also a fitness instructor,”

Alright, let's see if I understand...
Exercise is only for white supremacist Nazis, because only Nazis would believe in such a thing as one body being more fit and able than another. It's actually totally not possible to improve your physical fitness, exercise is just a scam. Being obese is actually super healthy and not a person's choice at all, no, that's just how you are, because diversity or something. High blood pressure? That's just the natural result of people disagreeing with you.

I'm going to agree with the below:


“This is what the death of a civilization sounds like,” one commenter wrote.

I guess nobody told the NBA.

To criticize that brave hero of the 21st Century is evil.

Its time to stick it to the man and get triggered over your kind of HATE speech.

who doesn't identify as either male or female

I can see why that position is taken.

Ignorance is available to anyone who chooses to take it.

posted on Apr, 25 2019 @ 03:36 PM
link
So when she has a massive heart attack or her doctor tells her she has to lose weight or shes going to die, wonder if she will tell him hes a nazi

This liberal left wing sort of thought process has to be an actual disorder.

I use to think it was like autism, but instead of just having social issues but being brilliant in other areas, it just makes you really stupid and unable to be logical.

The real modern heroes are those who post "first" in YouTube comments. They are frequently overlooked in a truly packed field, but not all heroes wear capes.

Like many stories in our times, I don't really know how to respond to this one.

Seriously, how do we actually go about addressing this sort of thing? A lot of stories nowadays go way, way into "crazy."

You can't debate crazy, you can't reason with it. And, when its teamed up with platforms of mass communication that skew our perception of scale according to online presence and even politicking?

I don't know.. The folks who buy into it will do so literally no matter what. That's never changed, but what has, is the way it is communicated to the world and the resultant normalization and reinforcement of anything simply by being a vocal and fervent adherent to The One True Religion.
edit on 25-4-2019 by Serdgiam because: Shenanigans! I call shenanigans!

The poor thing is definitely starving - for attention.

With names and headlines like that I usually google an image of the Perp, before deciding how to proceed or read any further with the thread. Was not surprised that she is super obese and a women of colour "other than white"!

" diet culture and fatphobia are forms of sexual assault"; and there you have it.

All the right words to polarize people and assure you can make a few bucks writing another best seller.

"fat lives matter" heres my $ where do I sign up.

"form of assault because it impacts on the way I experience my body"... So she's not scoring on romance side and rather than do something about she wants to whine and blame others.

Welcome to the progressive paradise.

Well I guess that's one way to self select out. Will ease the social security burden.
edit on 25-4-2019 by loam because: (no reason given)

Forget the typo, watch.. it wasn't one. But there aren't enough
bottles of strong left around for me to normalize what she said there.

As far as a mental disorder, I'm starting to believe the government
is actually turning stuff upside down and calling it normal: in order
to justify calling everything inside the razor wire [[us]] nuts.
It's working maybe better than Vlad Lenin's wet dream, too.

What gets me is how many people are crawling all over each other
to get in here after 50 years of conditioning. Free baby gators? Haahhhzzz.

A legend in her own lunch time. 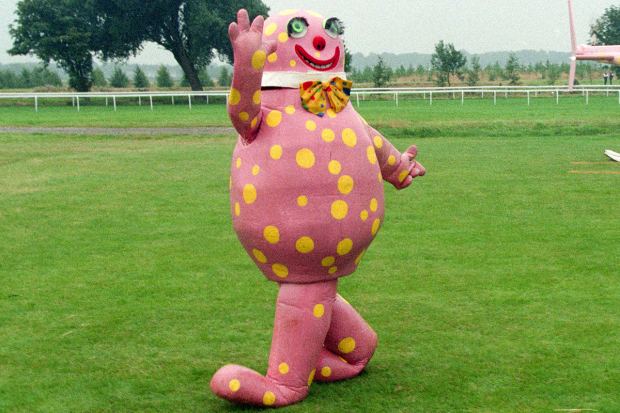 LOL, "“This is what the death of a civilization sounds like,” one commenter wrote."

Oh so very true; ranks right up there with Pelosi stating "Just pass the bill, we'll read it afterwards".

I experience diet culture as a form of assault”

That's called shame. It's a good thing. It leads one to better themselves. Or at least it should.

Yeah...those people having heart attacks and losing their ability to walk from diabetes are lies made up by nazis to oppress obese people.

“I do not think it’s surprising that the man who shot up Christchurch, New Zealand was also a fitness instructor

It's not really surprising or unsurprising, though being fit would help if you wanted to go kill a bunch of people.
edit on 25/4/2019 by dug88 because: (no reason given)