posted on Apr, 10 2019 @ 04:52 AM
link
Disclaimer: I bring thoughts and musings that pop into my head, I don't believe in anything except that anything is possible.
I'm not saying this is original either because I don't know, it's just an idea that popped into my head before I was fully awake this morning, come to think of it it's either before bed or after waking that these sort of ideas are most likely to happen, maybe that has something to do with this happening....

Santa=Satan Clause=Contract
The guy in the big red suit is associated with presents, he is the king of the material. Satan is the demiurge... Dictionary:

a being responsible for the creation of the universe.

(in Platonic philosophy) the Maker or Creator of the world.

(in Gnosticism and other theological systems) a heavenly being, subordinate to the Supreme Being, that is considered to be the controller of the material world and antagonistic to all that is purely spiritual.

Santa keeps us in his present with his distractions that are designed to keep us from our spiritual path, and on his path that keeps us looking out and experiencing the creators creation, the demiurge is not eveil per-se but it is responsible for moulding spirits untill they have advanced enough to be united with the one true God. We have the spirit of the OTG and our physical form is created by the demiurge, our role on earth is to cycle through lifetimes learning through feelings and emotions of all intensities untill we are learned enough to return to the Supreme Being.
edit on 10-4-2019 by ManyMasks because: (no reason given)

Hate to break it to you fella, but I’m a sarcastic atheist.

originally posted by: moebius
a reply to: ManyMasks

Santa - means Saint. It does not mean Satan. That is an "anagram", that's all. Yet why is it the female form "Santa" like Santa Maria and not the male form Santo? This is why,

"However, Santa Claus isn't derived from Spanish, but from Dutch, where it was originally rendered as Sante Klaas, and was modified to Santa when it was adopted into English (and from English, to the rest of the world)."

The devil can't buy from us what is not ours to sell. G-D owns our souls as Jesus told us,

"Don't fear those who can only destroy the body, but fear Him who can destroy both body and soul in Gehenna".

Jesus is telling us that we do not have power of ownership. We can't give and neither can we take away the soul. It is not our property. We do not have copyright over it.

So if it is not our property how can we sell it? We would be trading stolen goods, both us and the devil. The contract would be be deemed null and void by G-D. Selling the soul is an illusion and a lie. It has no true legal basis in the universe.

The Baphomet is not the devil. It is very similar to Mesopotamian Pazuzu. If you look Pazuzu is doing th same gesture exactly as the later Bathomet representation, 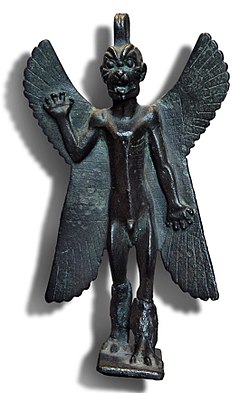 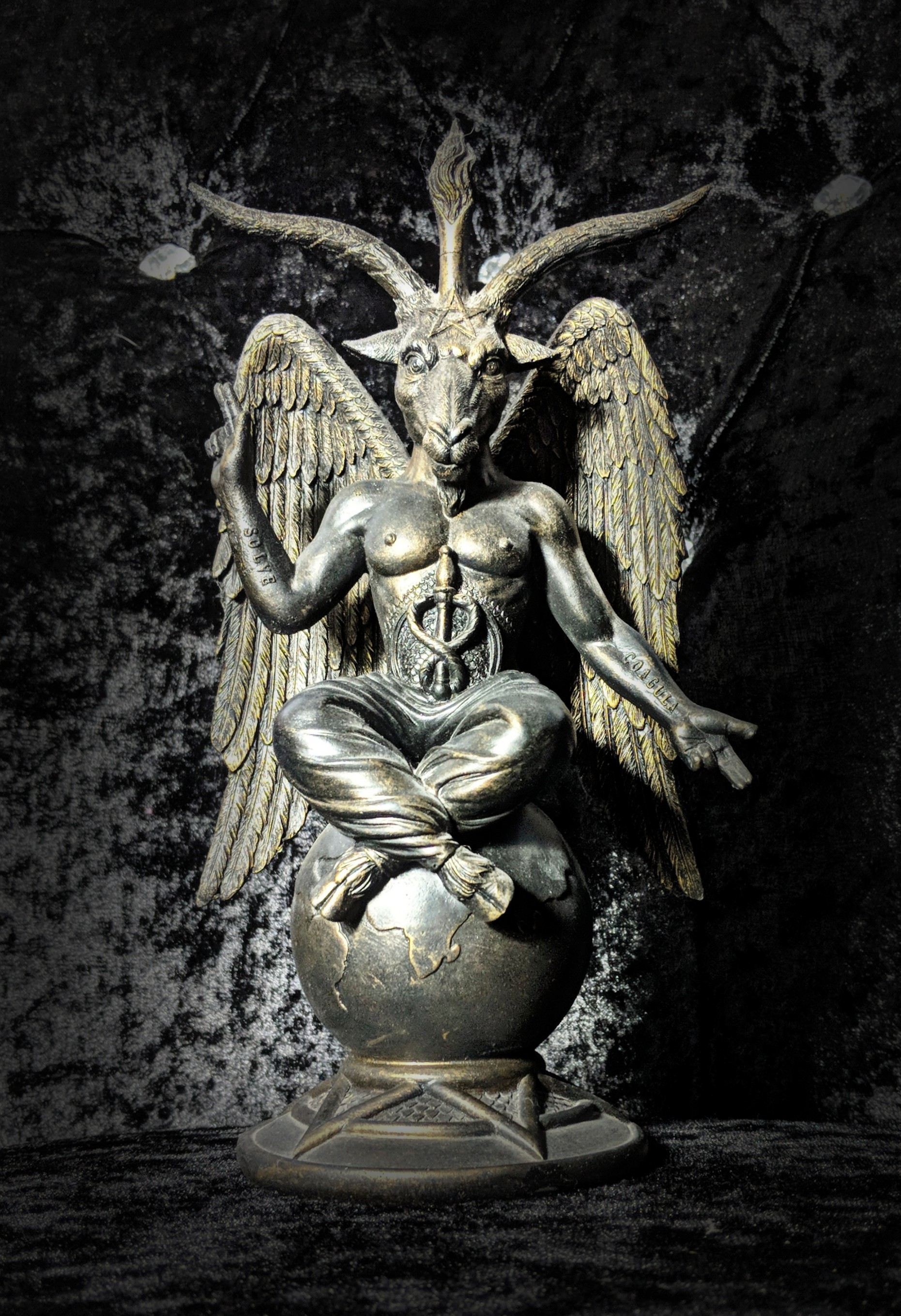 Are they the same? They are a kind of Satan (meaning adversary), but the concept of Satan only makes sense from the Abrahamic point of view.

The Sabbatic Goat/Bathomet is another kind of Santa Claus evolution and association incorporating many aspects of history and culture.

Be a good few carnations before u return to the OTG then lol.
But I'm an entertainer of ideas, like I said in the OP I don't believe in anything, which is different to believing in nothing.
All the best

Yeah I know that story as well, funny though how the date of 25 th is when the Sun returns though.
Just a coincidence?

I did not know that, pazuzu is also in the shape of the star of David.
But thanks for the post I do love to learn new esoteric things.

I don't think God has anything to worry about with regards to Santa Claus.

Guess you have not played BFV Firestorm.

Didn't buy an xbox for nothing. The gaming PC has been collecting a bit of dust.
I'll dust her off at some stage to give firestorm a go.

Personally I miss BF2.
Been boycotting EA since the terrible launch that was BF4. It turned into a very decent game, but the 1st year was very rocky and plagued with bugs, some of which are still around.

Also, after giving money to EA for Mass Effect Andromeda, I vowed to never give them a cent again.
We'll see.

Can't believe in Jesus without believing in Satan, an vice versa .

What did I just watch?? like the first 5 minutes was some really bad fortnite gameplay I mean really just running past high level loot and picking up ammo for a buster just sad.

posted on Apr, 10 2019 @ 08:41 AM
link
Yeah, we teach our kids to believe in Santa when they are young. To believe in a lie that is beneficial to believe in. To program them to understand that you are lied to all your life and sometimes the result of this belief keeps you better off than if you know the truth. Our parents were showing us that if you allow the greedy and prideful to create jobs, we have work and can live a decent life. Deceit plagues our society and most people do not even realize they are being deceived. They spread twisted information that benefits someone.

Santa can help to program our young to accept the rules. It used to be that if you disobeyed rules years ago, you got little from Santa, but these days it does not matter, the squeaking wheel seems to get more grease now. Even the people trying to help the kids of parents who do not have much pick families and load the kids up with presents. Well, that does not teach a kid the right thing, I know some people who had a charity give them a thousand bucks worth of presents for their family. Stuff they did not need, they even got to make a wish list. That was a church, all it did was help the economy out and spoiled the kids more. People think they are doing good sometimes, but often it is the opposite.

I knew an old guy with two spots on his head, like bumps of a button buck. He was a deceiver of the best quality. He died recently, he used to come over the house and I learned a lot about the tactics of deceivers from this guy. I was taught by a retired teacher how to identify deception and how these deceivers prey on the niceness of others.

I know he was not the Devil, just one of his offspring. I now see that deception runs our society. I learned from the best. I also learned how to identify and deflect an Hominum tactics from him.

BF is class, here's a vid of me doing some ass kicking

I took my daughter to see Santa at the local community centre ( her mum asked me)
She was six and when when we were in the queue she said dad the don't think that's Santa, I just smiled and said good girl. So I totally agree with what you say, Santa is big for kids so when they find out it has been a lie, that is conditioning deceit into them.

originally posted by: Ophiuchus 13
a reply to: ManyMasks

Satan does not equal Lucifer to 1

Then what is Easter? Ishtar...

The contracts may be in plain site.

1 would think of something with lots of encrypted ancient mystic symbols & numbers on it that many try to touch day to day in various forms that includes electronic assistance to better spread the influence of it.