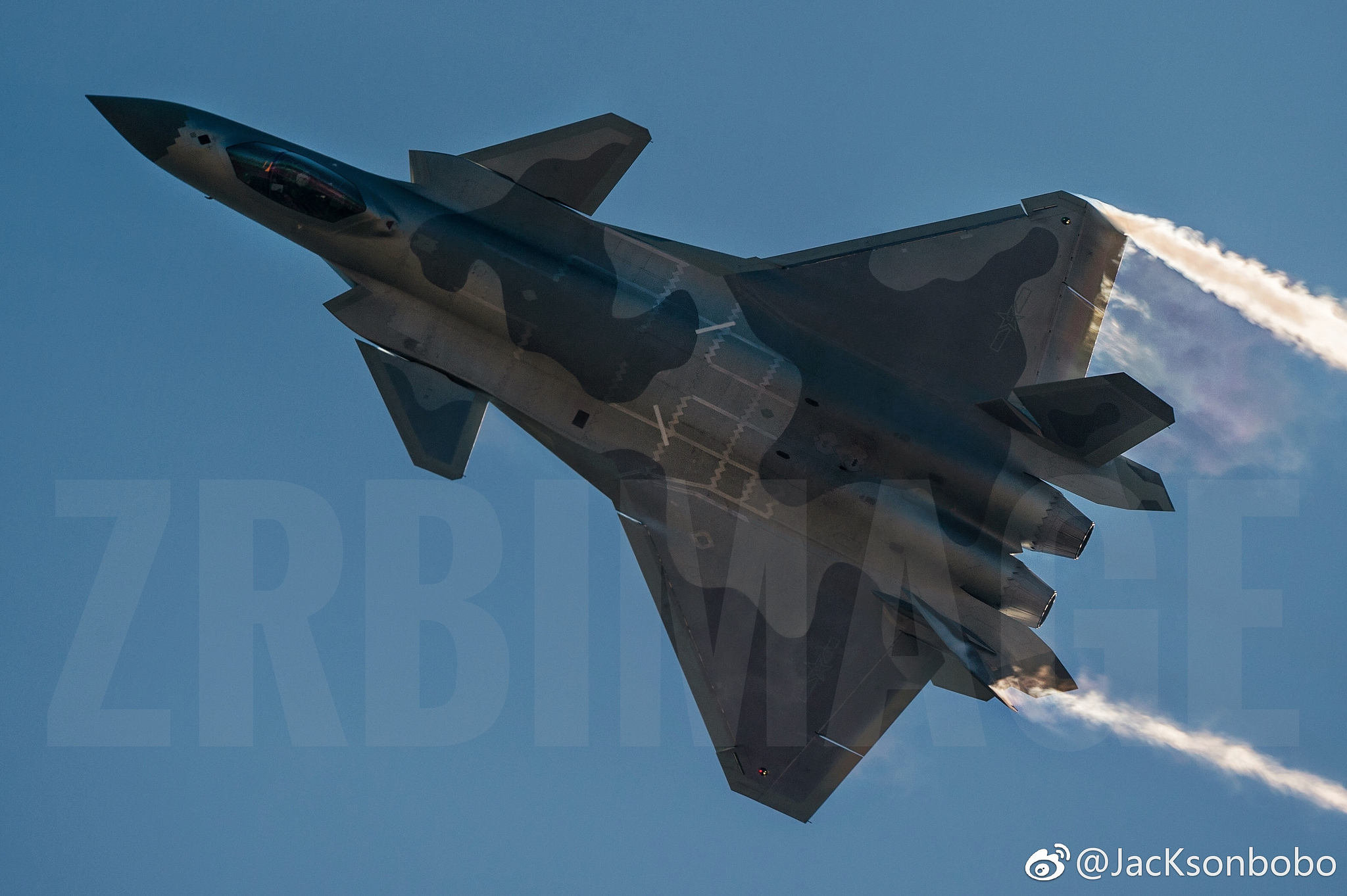 We have been gathering the different threads into META thread if so we can keep them concentrated enough to be searchable. Finding something on ATS can be a real pain even if it is as little as six months ago. Older? Unless it was a major thread, good luck!

In this case, we making a thread on the Chinese J-20 stealth fighter. China is the only country than the US to have operational stealth aircraft. The J-20 had its IOC in 2017. There were 8 prototypes and then there has been at least 20 built an LRIP. These are in active service. Reports are that the Chinese will produce between 300 to 400 examples. 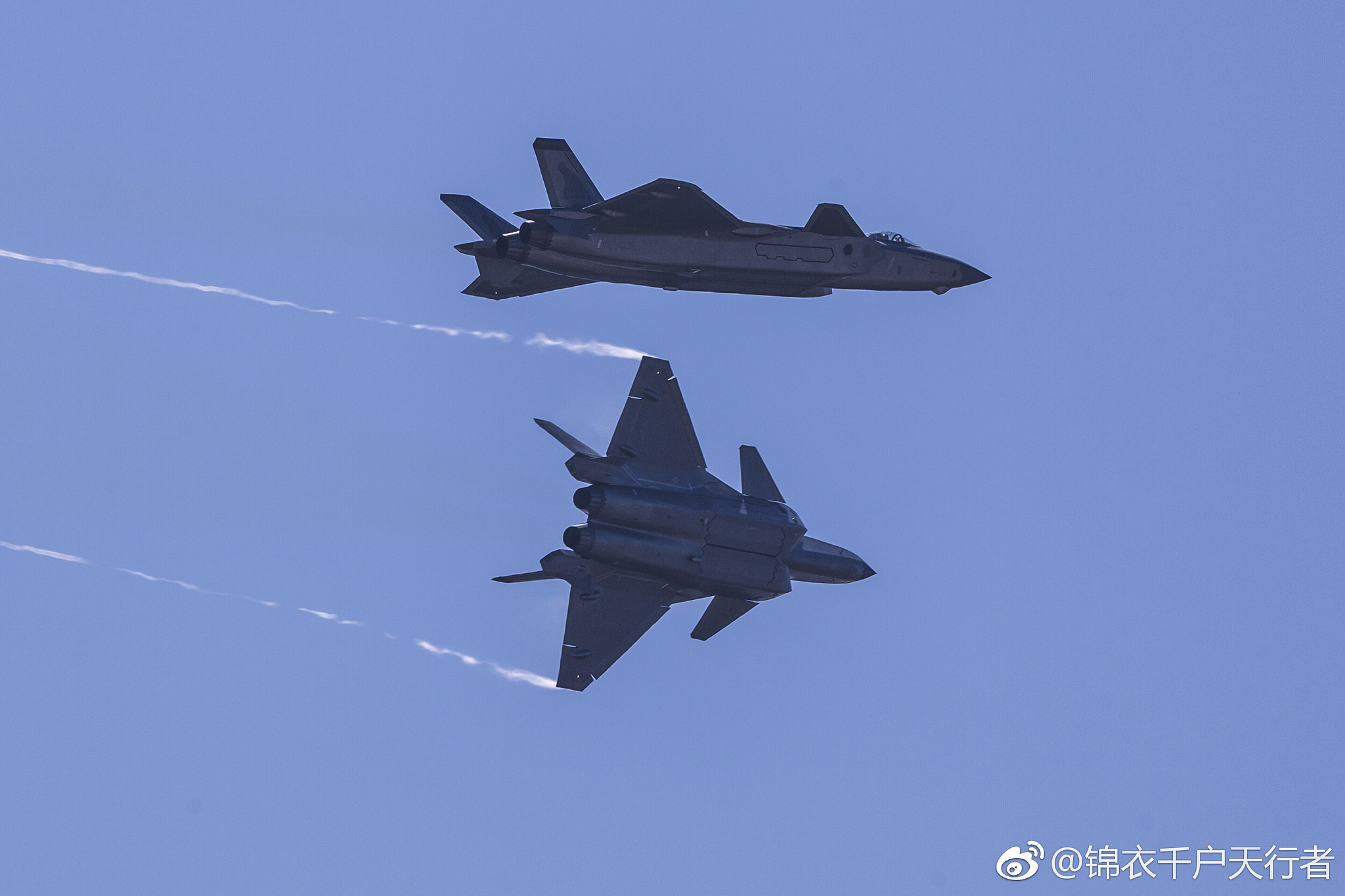 The J-20 has been long speculated as being an interceptor. However, the Chinese have come out to say it is really a penetrator of sorts, primarily for air attack, like killing the American tankers and AWACS, but also has the ability to carry air to ground munitions. It is similar in that respect to the F-22. However, the J-20 lacks a gun and the Chinese do not seem to feel the need to add it.

The J-20 appears to be huge. but in reality is only 2 ft longer than the F-22 and actually has a shorter wing span by a few inches. The J-20 empty weight is supposedly about 600 lbs lighter than the F-22. The maximum takeoff weight of the J-20 is almost 2,000 lbs heavier with the F-22 as well. The F-22 engines are better, but the J-20 is not flying with the final engine as yet: China has had challenges in developing advanced engines. 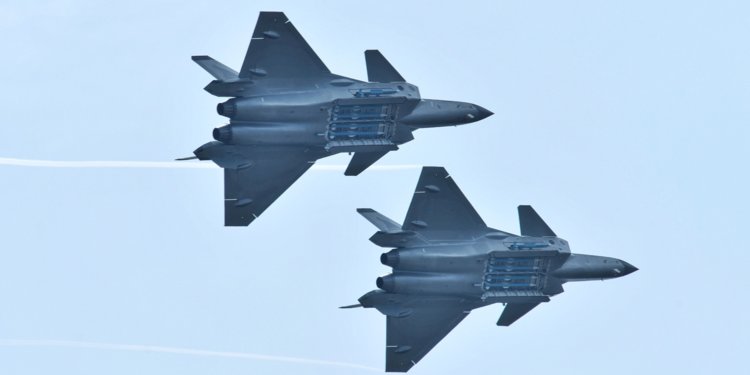 The F-22 can carry 6 amraams and 2 sidewinders in the A2A loadout vs 4 long range missiles and 2 IR seeker missiles. The J-20 has both an electro optical tracker and an IRST. The F-22 had the former deleted for budgetary reasons. Comparing ranges is hard: the Chinese, like the Russians, list the maximum range, not the effective combat radius. The US lists the combat radius, but has been noted to understate that range.

The Chinese are reported to be working on EW and a two seater version of the J-20. It is possible, but wildly unlikely the JH-XX is derived from the J-20.

While there was almost assuredly a component of espionage involved with the Chinese getting stealth tech, you can't manufacture 28 plus examples by simply stealing tech. The chinese are often quite bright and many, many scientists and engineers have attended foreign universities for decades: that knowledge and the massive wealth the Chinese now have makes them far more likely to really understand and capable of developing their own tech. Tech that, in some respects, the American Defense Intelligence Agency has stated has surpassed the US Military. In addition, the Chinese military now has around 1700 fighters. About half are obsolete, but the Chinese are now replacing them and the J-20, amongst other aircraft, are the intended replacements. The USAF 'only' has around 1600 fighters and the US Navy has around 800. No other nation comes close (Russia is next with around 800 fighters).

Keep that in mind when you go full 'MURICA! CHINA SUX, DUDE!' 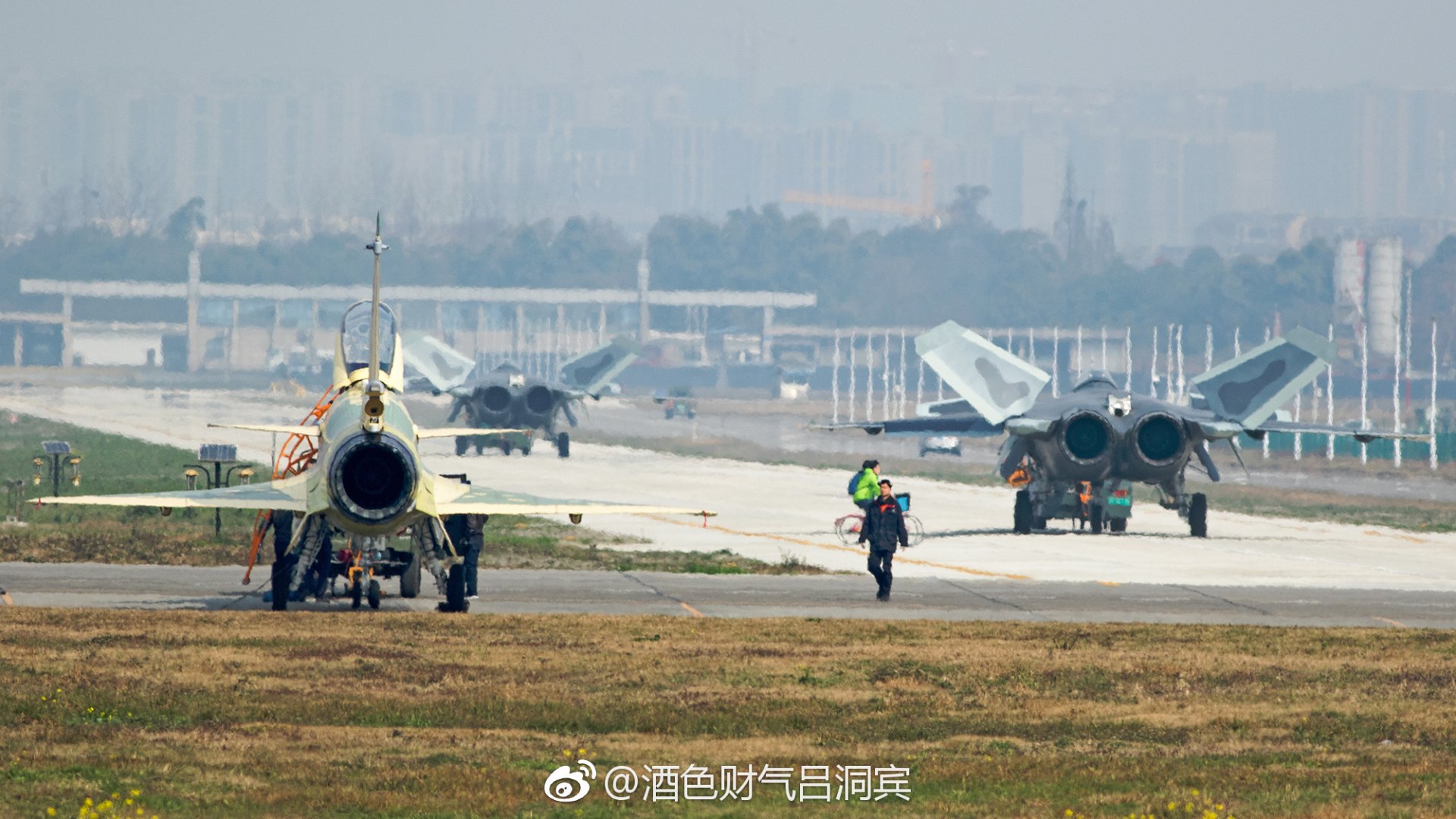 
The chinese are often quite bright and many, many scientists and engineers have attended foreign universities for decades: that knowledge and the massive wealth the Chinese now have makes them far more likely to really understand and capable of developing their own tech.

Kinda like convergent evolution, the environment dictated the design?

More likely they did, indeed, steal the IP through universities and the tech in some here-to-be-known manner.

The J-20 has been long speculated as being an interceptor. However, the Chinese have come out to say it is really a penetrator of sorts, primarily for air attack, like killing the American tankers and AWACS, but also has the ability to carry air to ground munitions. It is similar in that respect to the F-22. However, the J-20 lacks a gun and the Chinese do not seem to feel the need to add it.


This thing has "BVR Interceptor" written all over it. With the capabilities it was built with, it seems like the Chinese recognized that they are in a unique defensive position in the Pacific and built a jet that they think could keep a peer opponent out of range. The Chinese know that the US, or anyone else, would (most likely) have to fly a long way to get there and the challenges that inherently causes (which have been lamented by the US before). So, combined with that knowledge and their IADS network, they built a jet that could chuck PL-12s and 15s to take out C2 and other high value assets (tankers) while on its home turf, supported by other ground and sea based systems.

When you realize that the plane wasn't even built with a gun, it looks like they never intended for it to take anything to a merge in the first place. 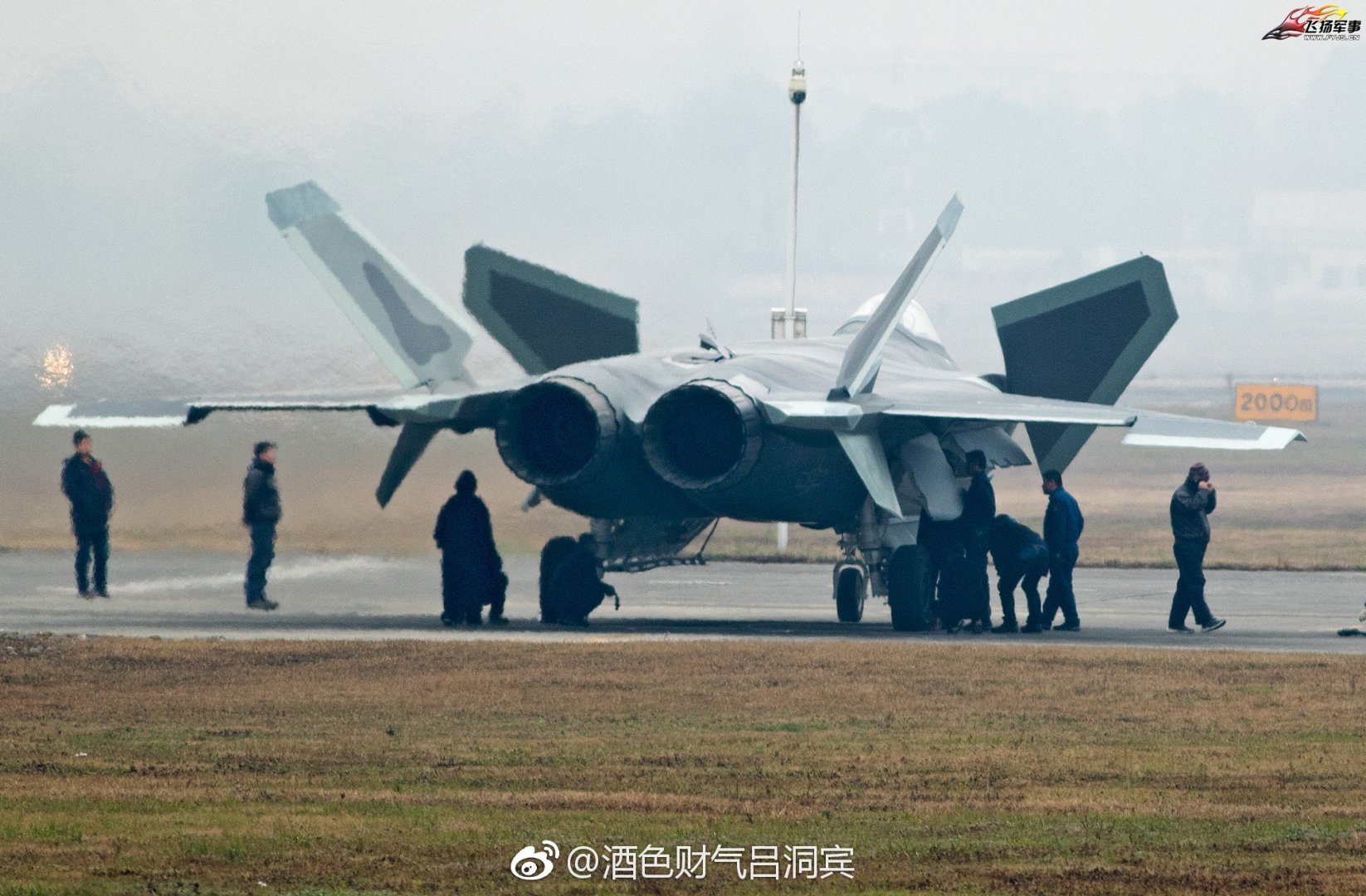 They may have for the skin, but form follows function. There are only so many ways to build an aircraft, depending on what you want it to do.

I think the size difference is because the F-22 looks like it's barely off the ground, and the J-20 looks pretty tall.

posted on Feb, 1 2019 @ 01:48 AM
link
The Chinese very much like integrated systems and these in the defense role could simply locate the targets, order a missile from the ground, sea or air, and then home it in to the target.

The F-35 can also do this little trick but it would show that the Chinese may be on par.

It is not so much the tech that China copies but the concepts as well.

The US has a very limited supply of F-22s. China will surpass it in numbers soonish.

You are right, though. She does have loooong legs.

There have been pics with it sharing a field with Sukhoi-clones. It does give the impression of being huge, though. Very misleading as it turned out. I'm probably on the record somewhere about the size when it first popped into view. It's smaller than I had first guessed for sure.

You're right. There are a few. I went digging here before I started the day and it took a bit before I found one that was good /and/ believable (there are some nontrivial number of photoshops out there): 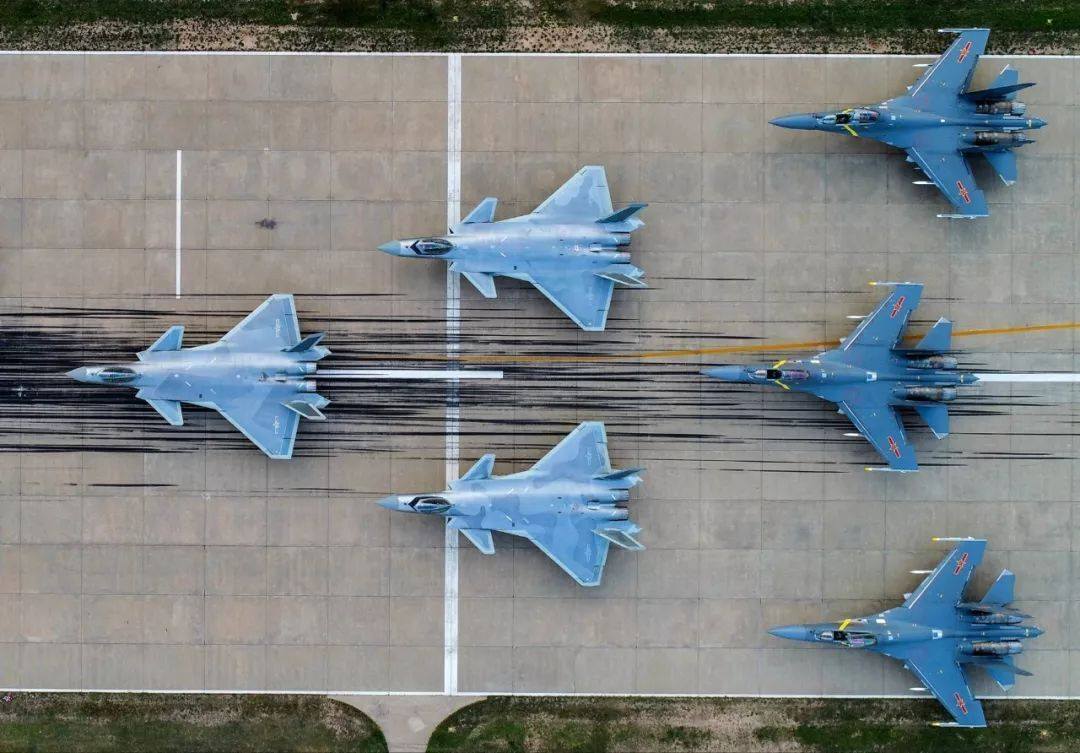 That's a big girl. Reminds me of one of those big long-range Soviet interceptors from the 60s.

Very Mig 1.44 ish. Also looks like a (hypothetical) demonstrator of ours from a while back... 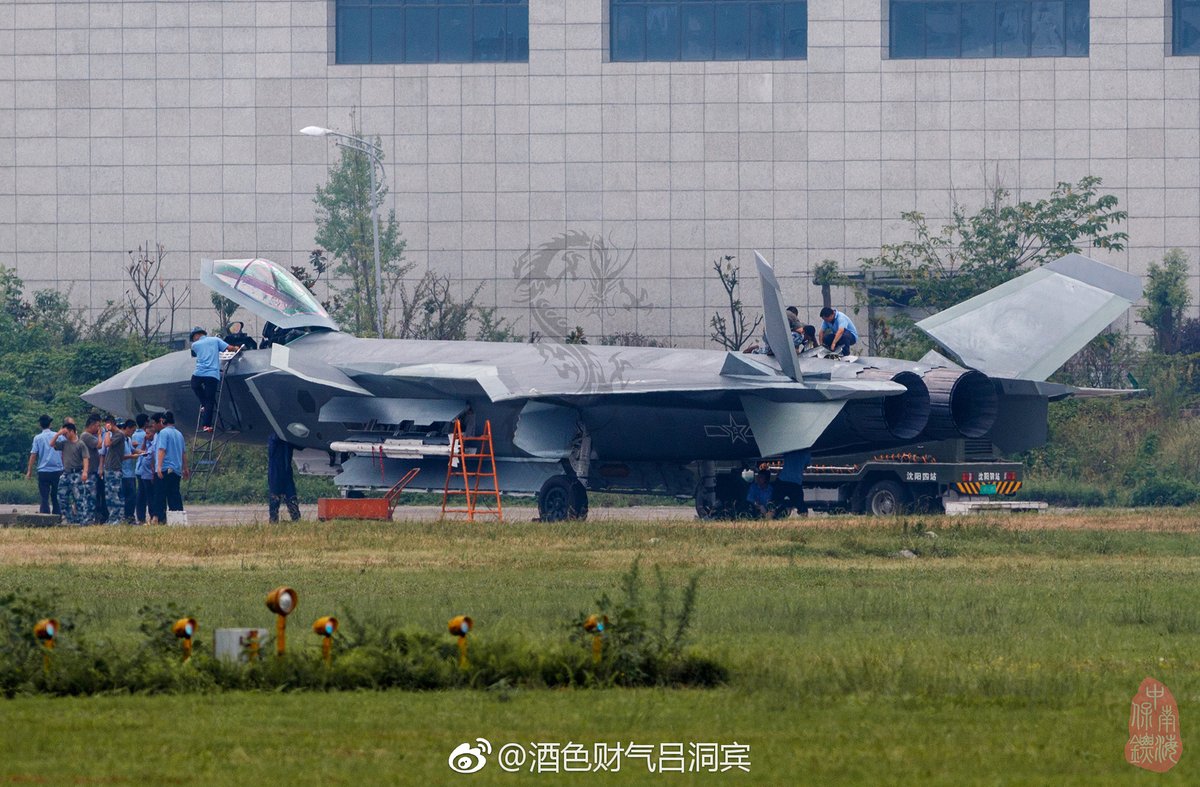 She just looks huge. But she is definitely higher up off the ground.

I think the J-20 suffers a bit because the fuselage is big and boxy. Like the F-35 is squat.

Even an F-15 is massive when you get up close. 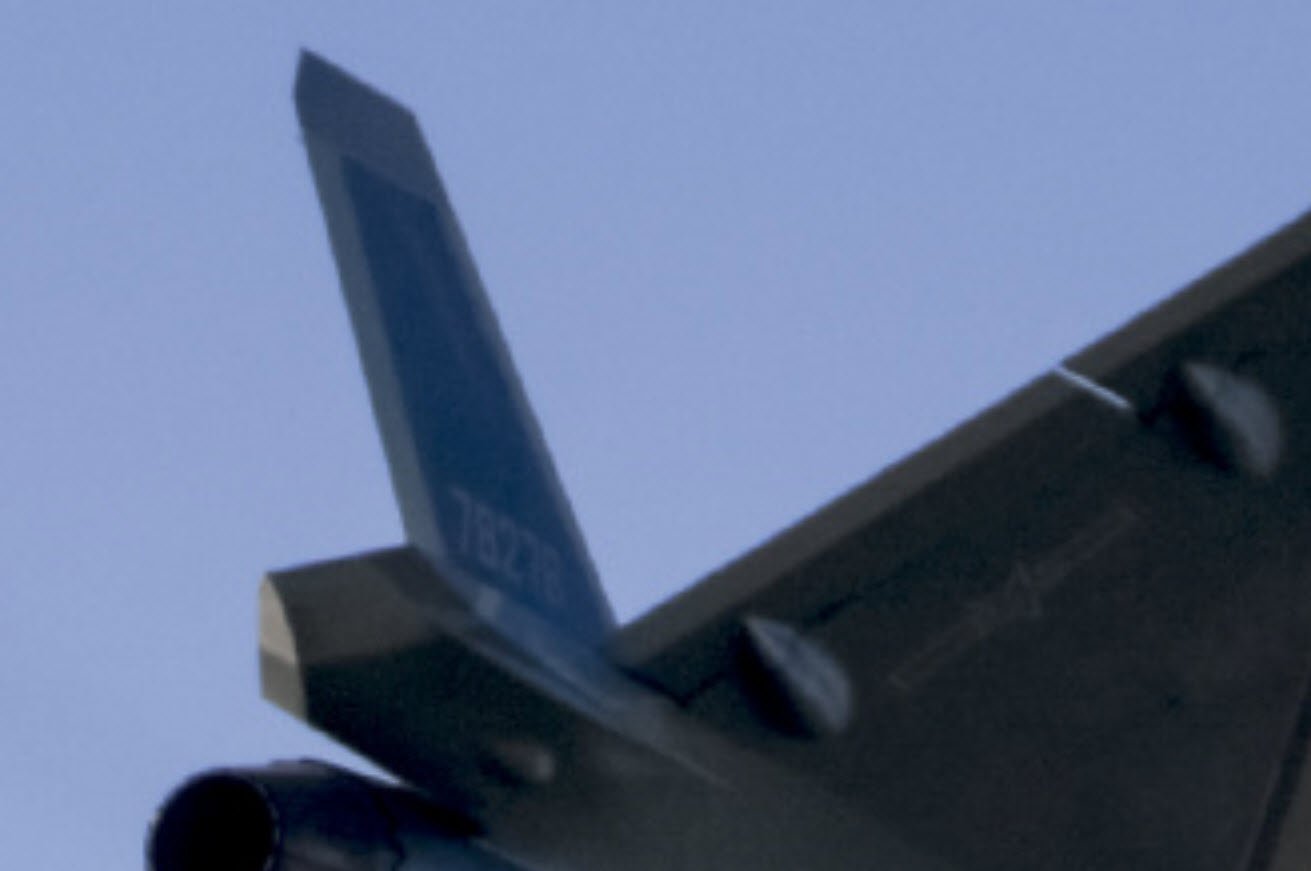 I need to learn more on tail numerology. A source says it states the full unit, bird number of brigade, etc.

J-20s were deployed to Cangzhou air base.

posted on Feb, 18 2019 @ 03:08 AM
link
When the J-20s start getting deployed internationally on a consistent basis, then it'll be time to start paying more attention. The Chinese still have a bit to go in terms of testing durability and maintenance of 4thgen aircraft.