posted on Jan, 13 2019 @ 02:10 AM
link
Found this little clip through the 'thirdphaseofmoon' YT channel. The link is to the original upload, rather than the 'tpm' channel, as I find them to be rather tedious and obsessed with the so-called "chem trails".

The clip, filmed over Sioux Falls at around 15:30 CST, captures a spiralling contrail, which towards the end appears to lose altitude pretty quickly. I can't see anything causing the trail or see anything fall from the sky when the trail stops. This could be due to the low upload resolution, which is only at 240p. Maybe HD footage would reveal the culprit.

I'm providing a link as I can't get the YT clip to embed into this post, maybe because I am using a VPN.
If anybody can embed the clip, I would be grateful.

I thought possibly a drone out of control, which could explain the lack of a visual object...do drones do this kind of thing, with contrails? I'm not sure because I do not know enough about them. Apparently, there was no air or parachute displays occuring in the area at the time.

posted on Jan, 13 2019 @ 02:14 AM
link
That's not a contrail (ice crystals formed from condensation from a jet engine's exhaust). It's smoke from a stunt aircraft.

The speed of the source and the little 'puffs' in the smoke trail are indicative of a prop-driven stunt aircraft.

There is a classified type of airplane chaff with this result.

For decades, missile deterrent chaff spewed, out of the aircraft, as a defensive measure for itself.

However in the past few years at least, since the Norway incident, a deterrent chaff has been developed. To not only be a self plane shield, but so that it could also be used as a chaff deterrent for a nearby ally aircraft.

The chaff is wound in a cord around a center cylinder, like a craft store yarn cone.

It can be launched as an air to air missile.

As it travels it unwinds and spirals out, releasing chaff in a wide round disc of coverage. Ala, spiral in the sky.

You have the option of shielding another friendly plane, by launching the missile between the friendly craft, and the enemy warhead.

This may or may not be the explanation for this video, but it may be a possibility.
edit on 13-1-2019 by Archivalist because: Because the admin/mods still think making us type the redit reason is constructive, when it really doesn't matter.

posted on Jan, 13 2019 @ 06:51 AM
link
There's a guy (or gal) south east of us who has some kind of a stunt plane and frequently see him doing aerobatics with his smoke on out by us. Looks just like video.

He'll do a few tricks with the smoke on then turn it off and fly off some distance (presumably to see what it looks like from a distance). Then he'll do some more tricks (circles and stuff), and do the same thing. Sometimes it will go on like this for an hour or so.

It's pretty fun to watch actually, kind of like your own private airshow.

Well it's definitely a unidentified flying object making these trails.

Here is the embed video.

Just an aerobatic display aircraft fitted with a smoke system. As you say it is just the resolution of the footage that prevents the aircraft being visible.

Likely to be one of the Vanguard Squadron out for a bit of practice. They are based at Marv Skie-Lincoln County Airport, Sioux Falls.

Image from their FB page. 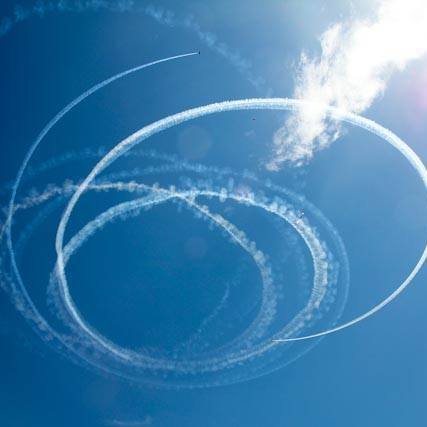 One of the parked vehicles in the parking lot carries the details for Pizza Ranch. 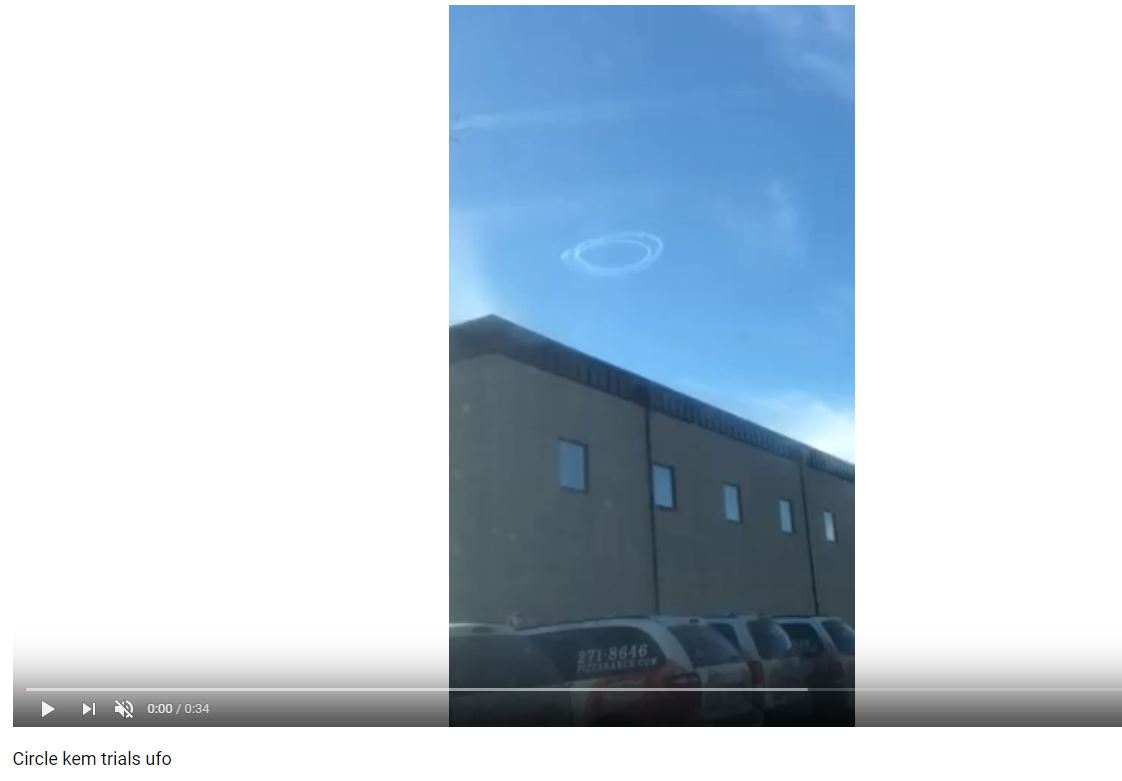 The filming location from Google Street View. It is at the back of the Pizza Ranch. 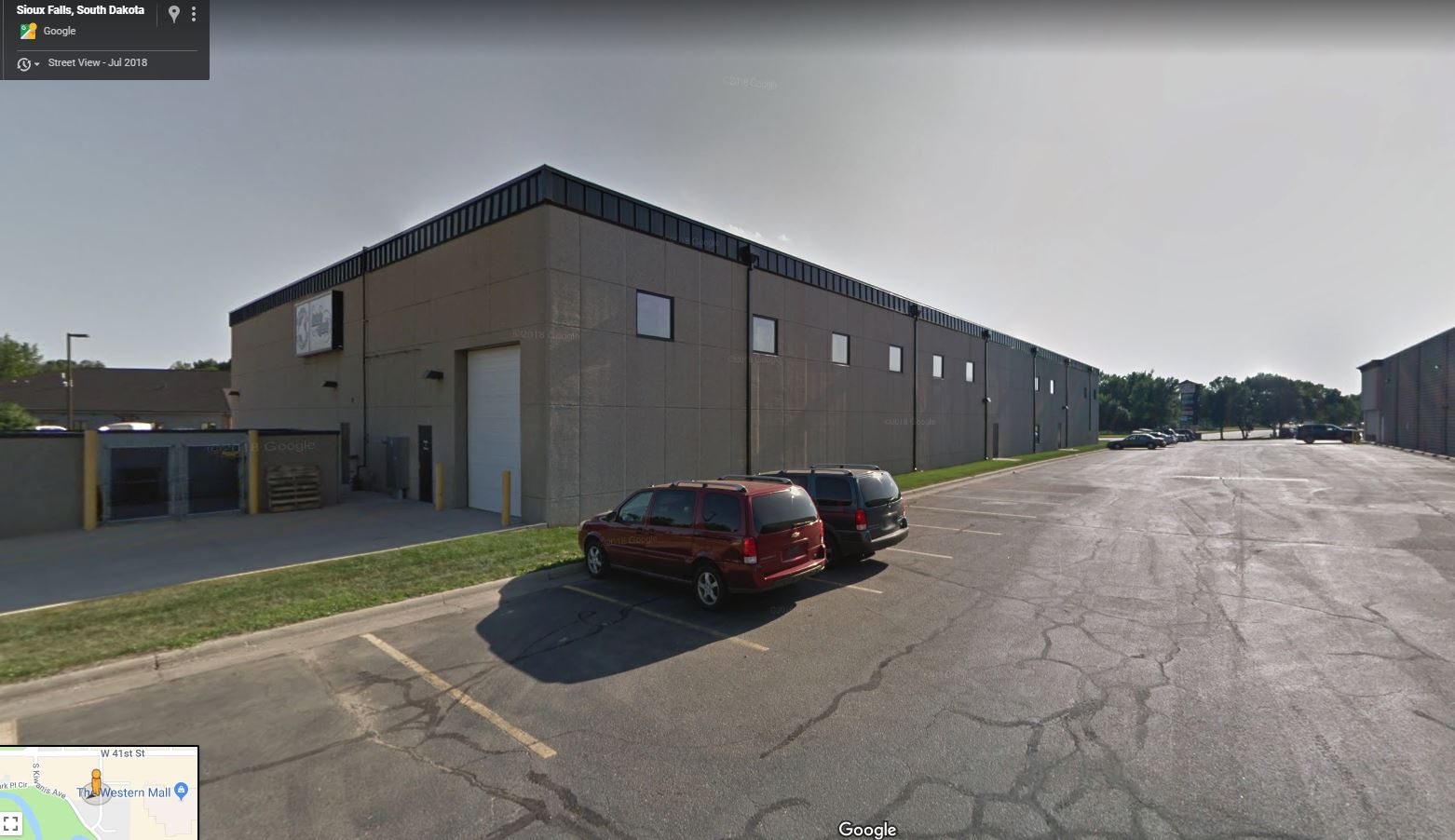 It is approximately 4.5 miles to the airport where the Vanguard Squadron aerobatic display team are based. 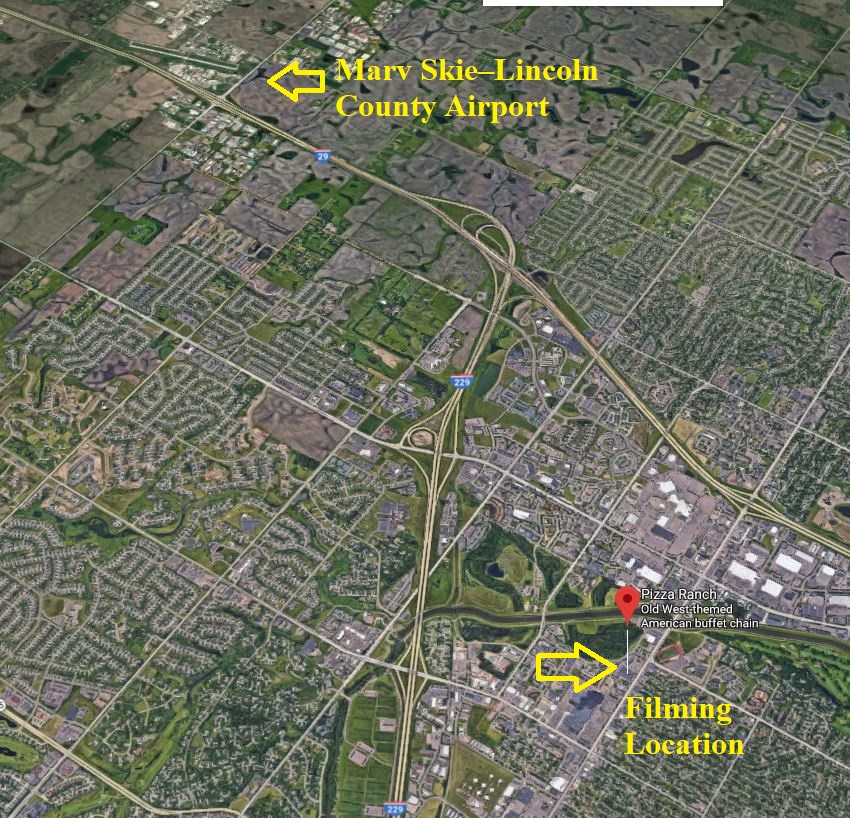