Man City has looked untouchable in the run up to the Christmas matches! Unbeaten and right there with a heart stopping Liverpool! Oh this is good stuff!!

David Luiz’s header in the second half seals the 2-nil win for Chelsea (with a scary turnover as time was running out!)

Now the leader board is nearly tied!!

Oh yeah! The BPL is starting to heat up and I am loving it!!

It certainly is. Things may change around again after the hectic seasonal fixture list over Christmas and New Year. Although it seems like the title is between Liverpool or Manchester City based on current standings. With Tottenham, Chelsea and Arsenal outsiders in the event of a loss of form from the big two.

Manchester United's only hope is to turnaround their form and sneak into the top 4. But they also face a resurgent Everton and plucky Leicester to even qualify for Europe. I also don't think they have the right players or the right manager to better their current sixth position.

There are 6 or 7 teams that could get relegated as well. So much to play for with almost half a season gone.

Sadly there don't seem to be many members who follow the Premier league. Even the Brits on here. So I don't know whether you'll get many replies to your thread.
edit on 8/12/2018 by mirageman because: typo

There are. They will reply.

And as a fan of the sport... we shall see! I know of at least two other members who care!!

We will post here with our ups and downs!!
edit on 9-12-2018 by TEOTWAWKIAIFF because: Spelling

I hope others join in.

I know we had a lot of fun with the World Cup 2018 thread in the summer.

If not then perhaps once the New Year is upon us we should start a thread covering all the major football/soccer leagues and cups across the globe. What do you think?

Up early on the left coast watch Westham marching to a win to keep their hopes alive. With Man City’s defeat of Man U, my Liverpool side has work to do.

Sunday should be great!

And another early day. Hope my beer lasts!

Liverpool took it to Man U in the opening minutes. Honestly, should be 2 or more. The unkind ground pushes the ball off the goal keep’s knee giving Man U life.

Beer at 7 am! And the rivalry continues!!

Shaqiri from Stoke, of all places, has lifted Liverpool, 3-1. And neutralize Pogba.

Liverpool unbeaten. Wow! I was kind of doubtful at the break but Shaq scores two... woot!!!

This is really good stuff and wish more ‘Mericans were into the world’s biggest sport!

posted on Dec, 16 2018 @ 02:20 PM
link
I haven't caught up with all the games as yet. Been a bit busy. I will do when the highlights are on later tonight on TV. I saw Southampton beat Arsenal thanks to an ex-Liverpool player Danny Ings earlier today.

Liverpool gave Man. Utd a Christmas present of a goal in the later game. Then Shaqiri came on, scored two Frank Lampards (shots deflected into the net) and the game was over. I don't like rubbing it in even with the arch rivals (yep I'm a reds fan too). But I think Jose Mourinho has reached the end of the road at United. In fact he's never really been the same since that second spell at Chelsea ended so frustratingly a few years ago. 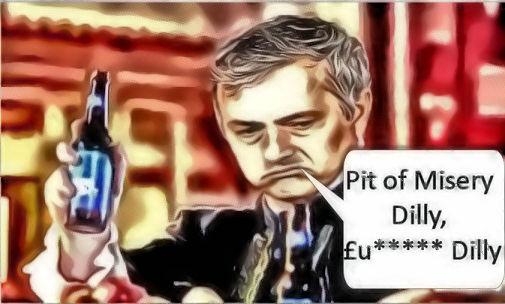 (Still) being a Chelsea fan (to some degree... they got me watching BPL and realizing Merican football sucks) it is a shame about Jose (ain’t that a song?!!! lol) but like all sports, the wins count.

Man U may be nice and let the season finish but it is a business in the end. Who knows?
edit on 16-12-2018 by TEOTWAWKIAIFF because: Stoopid autocorrectives

posted on Dec, 21 2018 @ 05:13 PM
link
Liverpool defeated Wolves 2-0 in rain sodden conditions tonight to leave them top of the Premier League at Christmas. It was far from an easy game given the rain soaked conditions and the fact that Wolves have a very decent team.

In other news Jose Mourinho was fired from his role as manager at Manchester United. He will be replaced Ole Gunnar Solskjær until the end of the 2018/19 season.

Mourinho had the numbers against him. He had enough time but couldn’t score goals.

Now, against Cardiff they score in the first 3 minutes?!?!!!

Love Jose M and the stories of yore but in today’s world you have get return on your investments.

And what is up with Crystal Palace!!? And Chelsea lost!

As the thread title say, good stuff heading towards Christmas!!

Had paused the game to respond and in that time we get drama!

That first half of ManU and Cardiff was epic!! Ended with 5 goals put up and quite the statement in the post Mourinho world.

Looking forward to the New Castle match on Boxing Day!

Probably should have taken that day off too!

I know that it is after the break but this is noteworthy!! 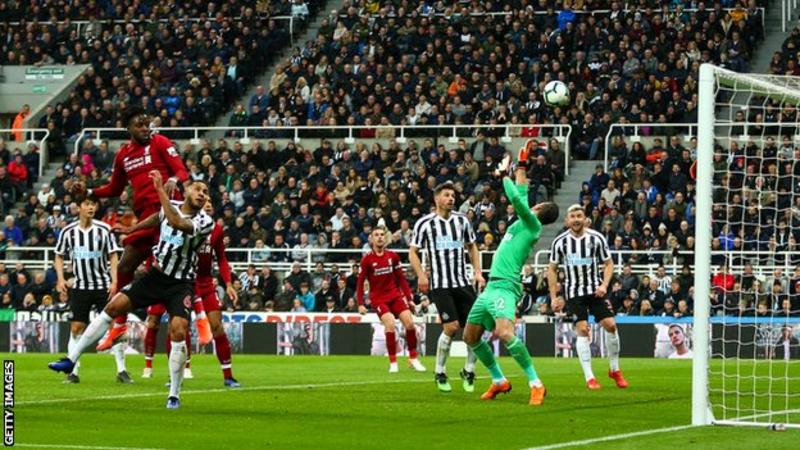 It's going right down to the wire. Next weekend is the last day of the season.