A time-lapse video taken from a pier in Myrtle Beach appears to show mysterious lights hovering above Myrtle Beach, South Carolina. The video, posted to the Mutual UFO Network website, appears to show a series of lights hovering in the night sky over the resort town. The person who submitted the video to the UFO sighting website said they were taking pictures and a time lapse of a thunderstorm from a pier. “I was taking the pictures off the edge of a long pier after dark, so there were no reflective surfaces around. I did not notice the objects until i returned home and checked the photograph and video,” the person wrote. The video was posted on the UFO Stalker website late last week, but the person said they shot the time-lapse on Aug. 5.

This was taken August-5-18 back in June similar lights we're seen that apparently we're the U.S Army Golden Knight parachute team. I believe that sighting to be exactly that however, these don't appear to move. Around the 42 second mark, you can just barely see a series of lights. They appear above the hotels horizontally.

posted on Oct, 8 2018 @ 06:58 PM
link
a reply to: Sabrechucker
They just look like the lights at the top of buildings. The night vision shot even seems to support this more. That one against he left edge im not sure though. Maybe just a bright star?

posted on Oct, 8 2018 @ 09:04 PM
link
Reflections. Check out the water line along the beach and then compare it to the white orbs in the sky. Screen shot from another video clip that shows a wider shot of this sighting. 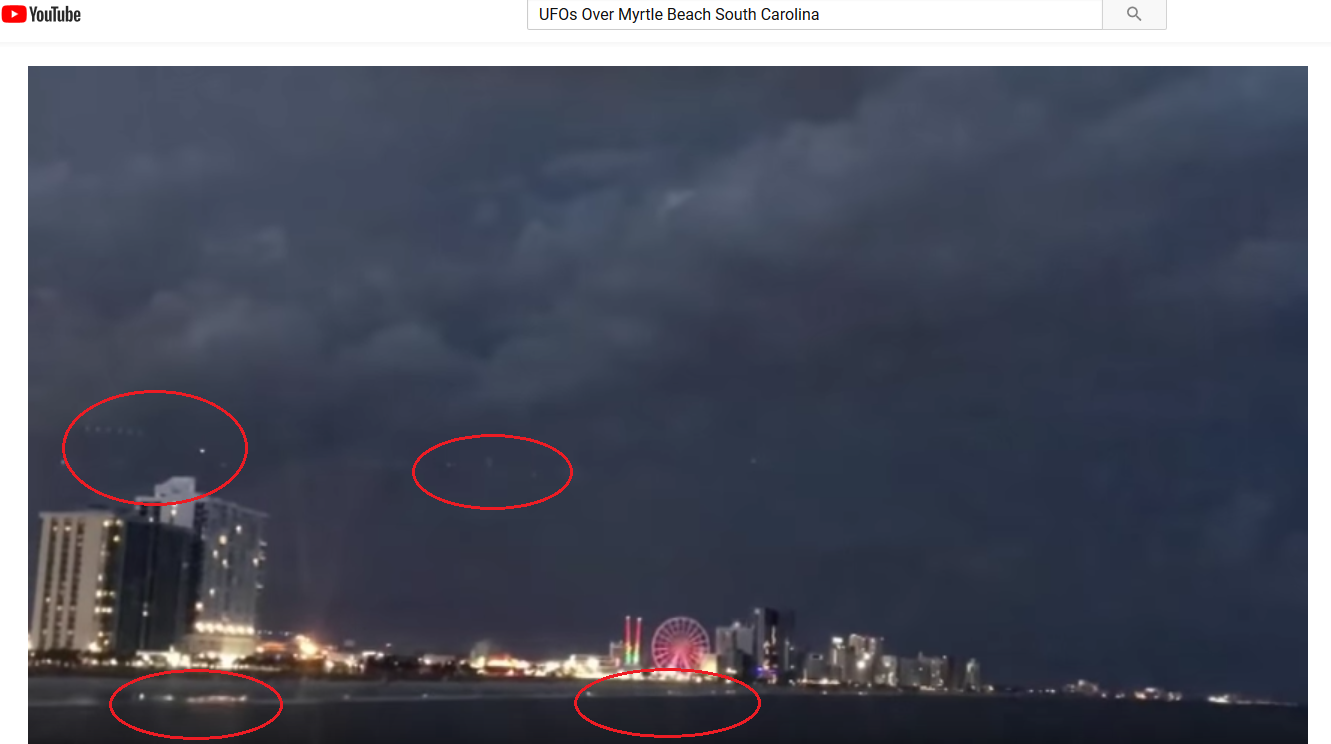 What is the REFLECTOR?

They are reflections on the lens or whatever is covering the lens to protect the camera.

Did you create the video that is in your OP?

The video in your OP is filming a screen yet in the link its not and is much clearer.