Why do I bother....Common sense now equates to horse s---.

posted on Aug, 3 2018 @ 04:40 PM
link
I used to love coming here, there was active and fun discussion with the odd meat head or 3 but usually common sense and a understanding of what decency means usually sorted out the issue. Now its just full on madness, in the real world we have the New Times hiring a hardened racist whose history is a list of reasons to be in a mental health establishment. Then there's the UK issues like Brexit and the utterly alarming raise in gun and knife crime. Then today we have a (then) teenage girl now sentenced to life along with her sister and a shorter sentence for the mother for wishing to commit radical terror attacks in the UK, yet we still look for ways to incorporate Sharia in to the UK way of life...

Not one part of all this makes one bit of common sense yet we have so called critical thinkers musing why its ok to do all these things..

I'm 57 now, many will know my history here re Radical Islam but I also am happy to be in other area's attempting to have meaningful polite yet serious conversation yet I for the love of nicely buttered toast don't understand the social tide that is out there. This isn't because I don't like it as it does not agree with me but because the ideals that are being subscribed to re race, political correctness, political right doing and common or garden stuff that really isn't that hard to see the right path gets trashed by people who claim to be intelligent.

Look at issue one, hiring a total racist for a newspaper etc just to push a political disease that will cause nothing but bloodshed as its stoking the fires and lets be honest here, some of the people who are hearing these so called facts are not exactly running on all cylinders and are very easily led. But here's the rub, free speech only seems ok IF it fits a political agenda now and some of its banned and the more idiotic stuff on both sides gets left because its a media and revenue generator.

Look at the core problems people see and should be worried about...

Has none bothered to be brave enough to confirm that these are related, well very few to be honest as they get shouted down by the left or held up as some sort of martyr for the far right. Common sense, evidence and cultural patterns show that there a very clear link to most of these. Is it insane to say that our medical services are struggling, well yes it seems so or has been for a long time, but, it IS. The terror side and unabated uncontrolled immigration has been show by FACT to be part of that issue. Is it too hard to notice the very obvious cultural divide opening in the West, people coming to countries with no wish to assimilate and sticking to almost ghetto style idea's so that they live together. This is clearly seen in the poorer end of the immigration movement and guess where the terror pops up..

Same with Shari, if you read the book and how SHari is formed and how its been bastardised over the years along with a non modernisation from that part of Islam and you can see that Shari can never be a running system in the UK or elsewhere...Fact...Ask a Shari loving person what they are told to feel about Non Muslims and you will get the answer, take tha one step along and we have the very very radical people who will happily take that to the Jihad level.

Look at Brexit, people spoke but its gone insane to reverse that choice, ah, so much for a free and respected vote. And look at who we ask to fix this, the very same idiots in government who have fingers in the very pies the people voted to leave. Its insane..

But its hearing so called bright people looking at all the evidence and still turning a blind eye, how many times must you be told how something isn't going to work and it will lead to severe problems and STILL you support those politically correct ideals even when seeing its gone utterly wrong.

Yet we do this while the Ocean dies, out planet suffers from the very abuse the same humans do to it and yet we still turn a blind eye to all that is REALLY important and ignore ANY truth unless it fits a certain box...

To be honest, we deserve to perish, just makes me feel sick that people still ignore common sense and good old decency while watching things turn to #..

ATS seems to be going along with that flow...I had hoped better..


Your mother was a hamster and your father smelt of elderberries!

It is Friday night. 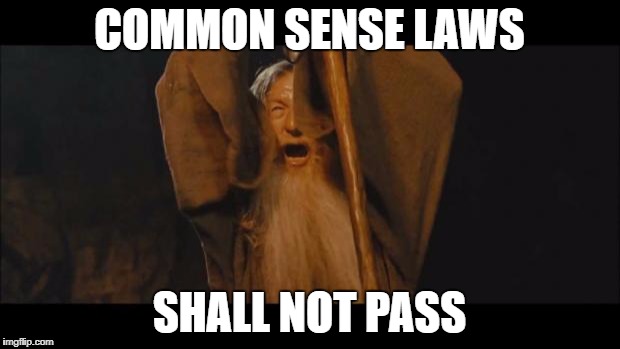 Take a deep breath and count to 10.

Also, maybe consider the possibility that the world isn't as dim as the over sensationalized negative news stories you've allowed to saturate your mind.

at best it's common, we use that to consolidate importance, i feel its shortcomings are indicating to competition but i dont study those who have less than us.

posted on Aug, 3 2018 @ 06:10 PM
link
If it is any comfort I have coached or mentored 100s of youth over the years and despite the opinions of others they aren’t nearly as bad or stupid as the people here want you to believe. Most are fairly apolitical and simply want to be happy.

The only people really upset are the Authoritarians who want to control and invade every aspect of our lives. The enemies of freedom are the ones to keep an eye on.

This is why old men always say stay off my lawn because they know too much fertilizer/BS will kill the grass.

originally posted by: i77oomiknotti
a reply to: Metallicus

I am not a teacher. I am a high school softball coach.

What the hell are you on about?

posted on Aug, 3 2018 @ 10:46 PM
link
It is starting to settle down here politically lately, except for the political calls. Yes, the news and internet do have a lot of political crap on them but regular non-manic people do not talk about it much more. It was bad for a while, but with the last income tax break saving so many locals money, the Liberals got quieter for now.