UFO or old pier? Satellite PHOTO of round object beneath water

If i had to guess what they are looks like the plants were killed off my guess would be sulphates from those farms you see in the picture. The runoff is probably taking fertilizer off the coast in a circular pattern. Meaning they are killing off their sea grass using fertilizers on their farms

posted on Jul, 31 2018 @ 06:47 AM
link
Cool, no idea what it is but it could be a base from a circular temple or statue shrine which has now become submerged perhaps following an earth quake, most parts of the med are sinking except for those were there is active volcanic uplift and have been slowly doing so for millennia with tales of sunken mine's miles off shore in some cases and even sunken former island's some with constructions on them - but I have only read about those and from sources with poor backing though I personally don't doubt that there are.

To me it could be were a statue once stood, perhaps a round roman period or earlier temple by the sea with a statue or shrine at it's center but the most likely solution given already is that it is probably a grass formation, it could also be that circular stone plinth now under water and under the sand with reduced marine growth due to the shallower sediment above it though, it is very close to the shore so would be relatively easy to check out but would require more than just a dive and probably some sediment excavation to check that out, likely the sediment come's and goes with the tides washed onto it and back off it if it is or was a statue or temple plinth though and if it was then it is most definitely greco/roman period.

A Bit like this.
www.heritagedaily.com...
BUT Being so close to the shore the site was probably robbed out for it's stone's since ready carved stone is easier to build with and those pillars would have definitely been recycled long ago.

I would dearly love it to be a mystery craft though but in this case I seriously doubt that it is.

I would need to see a larger view but I see potentially two former shore line's, one slightly deeper with less sea grass further out (potentially less fertile due to slower subsidence giving the tide time to wash away the fertile soil so less nutrient rich for sea grass) but coming very close to the second were there is a strong proliferation of sea grass beside the temple base (probably more former top soil now in that sediment due to it sinking more rapidly during an earthquake).
Further down the shore I see a diagonal submerged feature leading to a right angled bend which is possible the remains' of two wall's and potentially indicative of a submerged structure which may have spanned from the current shore line into the region of the grassy former shore line or could be several other potential features, archaeology literally bleeds out of the ground in Greece though it could also be a more modern feature perhaps even a former breakwater or something similar.
At a guess the area with the paucity of sea grass where it is clump's may have submerged slowly while the second former shore line with the greater profusion of sea grass on which the temple base is located may have sunken more rapidly probably after seismic activity.

That said I am no archaeologist, were are Harte and co when you do need them?.

There is also another diagonal structure in the sediment just below the circular feature which is also potentially another structure, not in exact alignment with the one closer to the shore, I doubt that this one was a breakwater.

Closer looking but the image is too low resolution there appear to be several square areas and straight line's all diagonal but not the same angle as one another even out in the area which has lower intensity of sea grass so either the site has a good bit of history or it could even be as some of you suspect a sunken city or the remains at least of a sunken town, perhaps not a major site but definitely worth investigation, they could also be former field boundary's.
I am ignoring the repeating right to left marks/lines which I think are either an image water mark or just a compression artifact.

Possibly the foundation of a submerged temple taking into account the longitudinal features nearby in comparison with the adjacent port of Nea Michaniona, perhaps erosion has recently bared the site because nothing can be seen in 2003


Looks like the same things of the Croatian coast, all it is is the sea grass has died in that circular area

Cool thread! I like this guy's theory on those underwater circles off Croatia...UFO landing pads. Maybe Greece had one too.

Stjepan Zvonaric, explained circles through theories of ancient astronauts, introduced by Swedish author Erich von Däniken. Zvoncaric thinks that the circles were constructed by local tribesmen several thousands of years ago, and were used by alien spacecraft to land on Croatian ground of that time. During centuries, the Adriatic Sea covered these launch pads, and they remained undetected until recently. 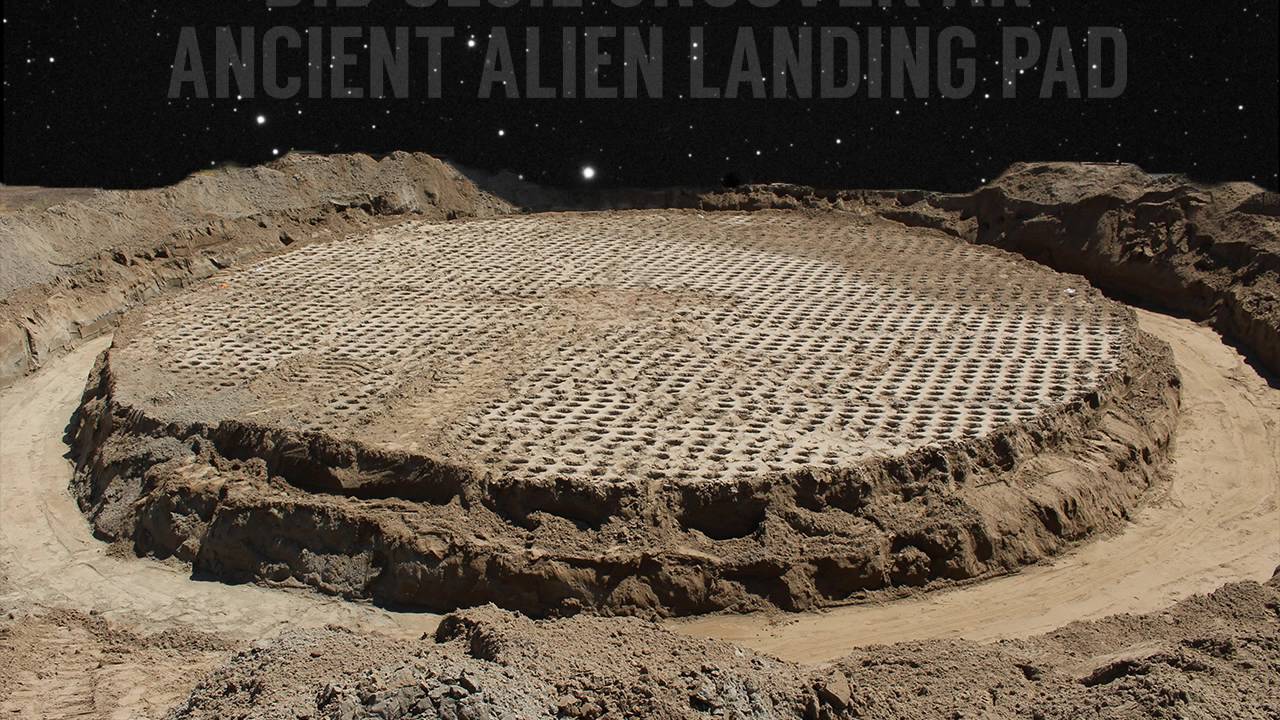 Cool thread! I like this guy's theory on those underwater circles off Croatia...UFO landing pads. Maybe Greece had one too.

Stjepan Zvonaric, explained circles through theories of ancient astronauts, introduced by Swedish author Erich von Däniken. Zvoncaric thinks that the circles were constructed by local tribesmen several thousands of years ago, and were used by alien spacecraft to land on Croatian ground of that time. During centuries, the Adriatic Sea covered these launch pads, and they remained undetected until recently.

Considering they just called von Däniken Swedish I'm not so sure about their credibility of getting anything related to aliens correct.