Poor people in the UK can't eat healthy food because...

page: 1
32
<<   2  3  4 >>
log in
join
share:
CornishCeltGuy
+15 more
posted on Jul, 28 2018 @ 11:53 AM
link
I read this a lot on ATS and other forums and it seems to me like just making excuses for people who are too lazy to cook...there I said it so I'll explain my stance, and if it offends you then present a better argument to explain why the majority of fat people in the lower socio-economic scale who are fat are in the condition they are.
Big bones won't cut it, slow metabolism won't cut it, absolute myth, and neither will medical conditions.
I know 'some' folk have medical conditions which make them fat so give it a rest answering like that, I'm asking about the mainstream overwhelming majority of people who take in more energy than they use, not the tiny percentage of people with medical conditions.
I will of course include depression as a medical condition where the effort of cooking healthy is too much so don't bother raising that one either. 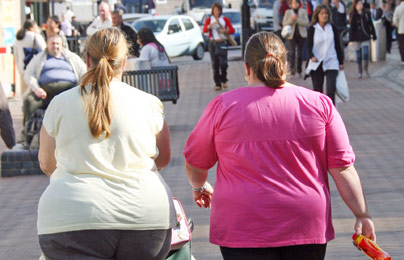 I'll go first, essentially addressing all the arguments I can think of where people are making excuses for being fat:
"Poor people can't afford to buy or cook healthy food"
Absolute myth in the UK. There are mini Tesco's in even the smallest of towns, also Aldi's and Lidl's usually within a short walk. Fresh food is dirt cheap, fruits, vegetables, even cheap cuts of meat. I've missed a lot of work these past few months due to an ongoing medical issue myself so I've been really poor (self employed, no work = no money), and had to really watch the penny's.

Anyway, the whole lot came to £2.60. I have two fiths of the garlic left, 5 spring onions, half the bag of potatoes, and obviously lots of crushed chillies because I can't use too much lol, they'll last for ages. Take away the houmous and what I've actually used in ingredients the whole cooking pot meal cost around £0.57 in total. It's cooking away and will feed a hearty bowl of veggie stew to a 4 people easily, healthy and cheap. I forgot stock cubes but a box of them is only 30 odd pence so I always have them in.
You might want to add cooking gas charges, I've checked my meter and it's been simmering away for an hour now and that has cost me £0.09 so far.
Poor people in the UK cant afford to eat and cook healthy food is a myth in the UK.

"Poor people may not have cooking ovens or education to use them"
Most poor people live in rented accommodation and it has been the law for many years that landlords must supply cookers and ovens. The law is enforced rigorously by local authorities - Myth
No education to use them??? They know how to heat a frying pan to cook their fat laden frozen fast food crap, same as how set the timer on the oven for the crappy processed frozen ready meals!
Education, give me a break, most poor people are out of work and daytime TV is awash with cookery programmes. Plus I don't know anyone who is 'poor' who hasn't got google on their phones. Another myth that they are so uneducated they cannot cook healthy food which explains why the are fat - insulting if you ask me.

"It's because people have such busy lives"
Busy lives? Doing what? Going to the Jobcentre to look for work once a day? Taking the kids to school then going home to watch Jeremy Kyle on TV? Having a child under school age so you are not required to look for work to get your benefits? Take the little one in the buggy and walk to the cheap shop nearest to you. It's what I did with my small child, stop in the park on the way, the exercise actually walking a mile or so will do you good in losing that fat.

So, in closing, I assert that the overwhelming majority of fat people in the UK are fat solely because they are too lazy to walk to the cheap stores which exist everywhere urban within a reasonable walk. I also assert that they just want the easy life of sticking something in the microwave and eating it from the dish provided with no washing up to do, again laziness.

Now, all comments welcome, but please see my caveats in the first paragraph, and if you come out with some lame line like I hate fat people you are just being ridiculous, I just hate the lame and mythical excuses for being fat.
Remember, it is a choice what energy we intake and the energy we burn...there are no fat people in prolonged famine conditions.
edit on 28-7-2018 by CornishCeltGuy because: (no reason given)

If you cook by yourself you can eat more healthy(less sugar, fresher goods) for less money, but it is more work than to put a ready-meal into the microwave oven.

It's laziness, brought on by eating like a garbage can.

When you eat fast food, or processed food, you don't get energy. You slow down, become stupid and lazy.


Check out brandless.com for an example of how affordable eating organic, non-gmo can be. (No, i'm not a spokesman, I just use it alot)

Agreed, laziness.
I am a poor person right now after little work and cleaning out my savings.
I have plenty of time to shop, cook, and prepare healthy food, same as other out of work poor people, just laziness.
My son and his girlfriend are coming round for a big bowl each, they're bringing the buttered bread rolls.

Are you an obese dole dosser by any chance?
edit on 28-7-2018 by Wide-Eyes because: Auto correct bs

No, help them when they are down!
To save money and health!

Btw, i would describe myself more as poor(depending on what one understands under being poor) than as middle class. And i love to cook!


Oh behave, you obviously didn't read the thread, I'm on my arse at the moment as well with health issues so I haven't been able to work so I'm poor. I just am not lazy so buy and cook healthy cheap food.
Pathetic virtue signalling mate

posted on Jul, 28 2018 @ 12:10 PM
link
It's the age-old excuse that people who are on welfare, or low incomes, cannot afford a healthy diet. They can only afford to live in MacDonalds, or have takeaway curries. Their kids subsist on sweets and fizzy drinks, and smile at you from fat faces with rotten teeth.

The facts are, as demonstrated, that it's cheaper to make your own food than guzzle processed tat and crap.

It's not just poor people either. The solution is eduction, good food labelling (which is happening) and an exercise bike in every home to power the TV and microwave.

people also lie to themselves, that fat is good looking


Their kids subsist on sweets and fizzy drinks

And then they act like idiots at school and get diagnosed with ADHD.

My daughter has friends stay over about every other weekend (5 to 7 teenage girls) and to be honest I sometimes wonder if its because of the way we feed them.

They always get a home cooked meal.
But we dont spend to much feeding them either.
Beef and noodles,
Homemade soup and toasted cheese,
Even hotdogs and corn on the cob in the summer.
Yeah dogs are not so healthy...

We make omelettes sometimes for breakfast
Bisquets and gravy,
Scrambled eggs,
Homemade donuts! (Take the little pillsbury biscuits, cut em in half and fry in oil)

The point is that most of these girls dont get home cooked meals. Their parents open a box or can.
They order pizza twice a week and eat poptarts for breakfast.

Breaking the cycle is exactly what it is. I have fat friends who have done just that, one this year is half the woman she was just from cutting out sugar treats and soda/pop then cooking healthy veg based dishes. She looks amazing and is much happier.
If any fat friend asks me my opinion about what to do I'm as honest in this thread as I am face to face, because it is true.
Apologising with lame excuses for fat people doesn't help them, just makes them think it's not their own fault, when overwhelmingly it is their own fault.
I'll encourage anyone who is trying to lose weight but keep on stuffing those sticky cakes down your mouth and nothing will change.

That's exactly how I see it McD's every day after school, microwave meal in the evening, just pure laziness on the parents behalf...and tragically breeding the next generation of lazy fat parents. I despair.

High protein, low carb diets work wonders too. My colleague has lost a stone in just a couple of months.

originally posted by: Wide-Eyes
a reply to: Bluntone22


All fast food is if you burn it off. When I'm working, I'm in construction/general building, I can burn thousands of calories in a day, even if I ate just pure fat my body would convert what I need to glucose.
So if you burn it you can eat it with no worries. The human body is amazing for that if it isn't being abused.


originally posted by: Muninn
Kick them when they are down, classy.

Are you an obese dole dosser by any chance?

Who chugs down antibiotics 365 days a year? That's not even legal.