What am I missing?

The rest was rambling rubbish peddling lies for truth about NATO, apart from when he said they were happy when he left. I bet they were!

About the only true comment in the whole comedy.

" they were thrilled when I left "


Then I'm sure Obama meant the 57 Islamic states.

posted on Jul, 17 2018 @ 02:15 PM
link
Watching the leftist scream and moan about the Russian boogeyman is hilarious.


apart from when he said they were happy when he left.


Thought that was great , LMAO.


MOSCOW, July 1 (Reuters) - President Vladimir Putin said on Monday that Russia would not hand former U.S. spy agency contractor Edward Snowden over to the United States but that if Snowden wants to stay in Russia he "must stop his work aimed at harming our American partners".

Apparently they were partners during the Obama administration,

He let the MSM go crazy 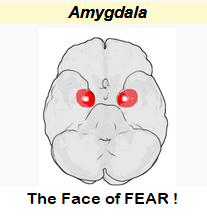 originally posted by: Arnie123
Watching the leftist scream and moan about the Russian boogeyman is hilarious.

Nothing to say about the statement then ?
Just the same old partisan rhetoric.

a reply to: xuenchen
Yeah , the strategy is working.

posted on Jul, 17 2018 @ 02:22 PM
link
He misspoke? Really? In light of the rest of that press conference I don't think he misspoke.
And personally "wouldn't" doesn't really fit the sentence.
We didn't see him we didn't hear him. It's all fine. Putin's fine.

You act as if this is the FIRST time, trump has thrown the U.S. intelligence under the bus, in favor of Russia!!

He did it right after he took office too. trump said, "Putin said they didn't do it. I believe him" that is what trump said, on television! He said it a year and a half ago and he said it yesterday.

How many times has trump been informed?

He can do and say anything, you wont care! If this were Obama, I bet your blood would be boiling!!

Or someone who's been preparing his whole life?

The liar, he can not take back what he said yesterday!!!! I do not care what he says today!!!


The investigation is ongoing!

What has our intelligence done lately? How many shooters have they knocked off their watch lists that ended up shooting a school up? What did they do with Benghazi or the email scandal? Wiener's laptop? Russian collusion? Nothing.

originally posted by: gortex
Donald Trump says he misspoke over Russian meddling in the election , he meant to say he sees no reason why it "wouldn't" have been Russia.

So in other words, you'll take his word for it depending on what he said, correct? If it's not something you want to hear, he's just lying.


He can do and say anything, you wont care! If this were Obama, I bet your blood would be boiling!!

Considering many of us voted for Obama as well, but now support Trump, I highly doubt it. But continue on please, it's hilarious watching your manufactured outrage.

Trump now says that he fully accepts the intelligence community's assessment. Furthermore, he now says that he didn't get all the controversy, so he either got a transcript or watched a clip (he claims both) of his remarks at the podium and now apparently realizes that he misspoke.

His claim is that in this statement, he meant to say "wouldn't" rather than "would" :

"My people came to me, Dan Coates, came to me and some others they said they think it's Russia. I have President Putin. He just said it's not Russia.

I will say this: I don't see any reason why it would be."

This is of course utter bull# and it's clear that it is looking at the rest of his statement:

"But I really do want to see the server but I have, I have confidence in both parties.

Where are those servers? They're missing. Where are they? What happened to Hillary Clinton's emails? 33,000 emails gone, just gone. I think in Russia they wouldn't be gone so easily.

I think it's a disgrace that we can't get Hillary Clinton's thirty three thousand e-mails.

I have great confidence in my intelligence people but I will tell you that President Putin was extremely strong and powerful in his denial today and what he did is an incredible offer."

He went straight to repeating talking points used in the pro-Trump bubble to dismiss the existence of the hack in the first place.

FTR, it turns out that the DNC/CrowdStrike turned over images of the compromised servers to the FBI, which as I had surmised after reading the DNC lawsuit, were largely virtualized.

If you're not familiar with virtualization, the upshot is that there's not a single physical piece of hardware for each server. Instead, multiple VMs (Virtual Machines) run concurrently on each virtualization host, sharing processor and memory resources. The drives for these VMs are typically VHDs/VMDKs (Virtual Hard Drives/Virtual Machine DisKs) — essentially a hard drive in a file — residing together on shared storage.

So in fact, for most of the 140 or so servers the DNC had, there's no actual physical server to be turned over. And in the case of a physical server, a more typical response in a scenario like this would be to image the victim's servers — make a byte for byte copy of the its drives (and memory for that matter).

It's utterly unnecessary to seize the hardware. The whole thing makes no sense. And really, if CrowdStrike wanted to fake a hack, they'd have absolutely no problem fabricating forensic evidence of one on the servers. "What about the servers bro?!!?!" is an all around dumb talking point.
edit on 2018-7-17 by theantediluvian because: (no reason given)