Does It Really Make Sense To Militarize Schools? 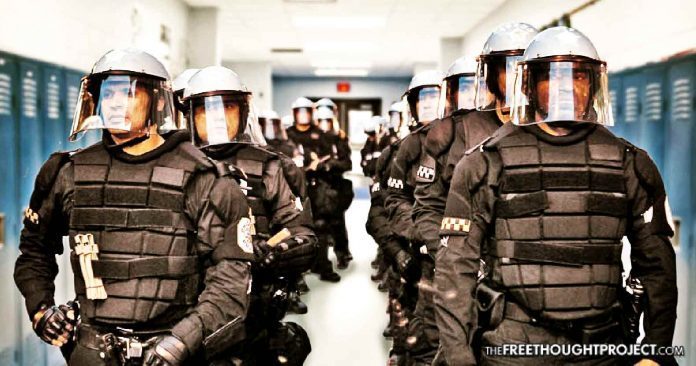 In the wake of the tragedy of the mass shooting at a high school in Parkland, Florida, many local, state, and federal officials are responding by promoting an expansion of these measures — some, including the president, are even calling for arming teachers. One Democratic member of Congress in Georgia even suggested posting the National Guard outside of schools.

We do have to get a real grip on our emotions before we lose it all together. This is a very good article and is definitely recommended reading.

Fridel also argued that the push to increase school security may be misguided in light of the data, noting that measures like installing metal detectors and hiring armed guards have been shown to have adverse effects on students. “If you’re very concerned specifically about schools, there’s a lot of different things we can do without engaging in target-hardening,” she said. “It would be a better idea, for example, to increase the number of guidance counselors for schools or have smaller school sizes.”

Does anyone really think that going against stats will win anyone any battles? If school shootings are on the decline then why are we getting so much anger over a dwindling problem?

Personally i think there is a mentality battle that gun owners are losing. How about we all take a deep breath and find our comfort zone.

DOES IT REALLY MAKE SENSE TO MILITARIZE SCHOOLS?


Yes but only in America where such things make sense, cuz we special like DAT!!

No it doesn't make sense. Think back to your teachers from k-12. How many of them were physically fit and/or young enough to actually perform military tactics to retake a theoretical school from a shooter? Most of MY teachers were old ladies who probably never fired a firearm in their life, let alone have adequate police training to retake a building.

- to fear the outcast
- to hope that a higher power rescues them
- to believe that in a life-threatening scenario, they must rely on someone else
- to cower
- to lose hope
- not to speak against authorities

What more could TPTB want?

posted on Mar, 26 2018 @ 10:35 AM
link
Why not National Guard ? Basically , it is their job to protect the citizens of this country. In fact , the only military units that is able to be deployed in the US.
Know why ? They are under the command of the State's Governor and not the Federal Government.
In fact , in the case of battling an insane murderer with a weapon , I am bettin the farm on a few National Guard over a slew of police officers any day.
Done
Next


Does anyone really think that going against stats will win anyone any battles? If school shootings are on the decline then why are we getting so much anger over a dwindling problem?

We're getting so much anger over a dwindling problem because of the current liberal media being mixed with the rise of Social Justice Warriors who don't understand the laws, history, statistics, rights, or anything with the exception of emotional appeal and catch phrases.

The democratic platform hates guns. They hated them since them colored folk gained rights decades ago, and they hate them now. Take away defense, take away self preservation, and they have countless people relying on the state for everything... Which is the entire base. Now, they have overly emotional teenagers that use their 1st amendment right to protest HAVING rights, and wanting them taken away..... Then, subsequently getting angry when their rights are infringed upon..... I believe the current internet breaking statement is "Why are we all getting punished for the actions of one person?" - coming form one of the figure heads of the current anti-gun movement.

This is a means to an end, nothing more. Remember the words of Hitler, when he stated:


“The state must declare the child to be the most precious treasure of the people. As long as the government is perceived as working for the benefit of the children, the people will happily endure almost any curtailment of liberty and almost any deprivation.”

posted on Mar, 26 2018 @ 10:39 AM
link
Taking big pharma out of our children’s lives would be a good start. It seems nowadays doctors are wanna subscribe these “pills” to anyone and everyone with the most minor complications.

posted on Mar, 26 2018 @ 10:46 AM
link
Allowing teachers to arm is smart, making everyone arm is not...the unknown is powerful. Liberal teachers might not be smart enough to STFU and tell the students which teachers have guns and which ones do not, because they are educated and know better


If anyone wants to kill, they will kill

The usual left hyperbole. We defend our President with arms. Our banks. Our institutions. Our 'elite'.
Our money and gold.

Yet our most precious resource, our children, do not merit the same protection?

I can't even walk into a Federal Social Security building without an armed guard being present. Not our kids?

posted on Mar, 26 2018 @ 10:49 AM
link
So...putting a TSA grope station at the front door of 22,000+ schools across the land might be too much? I hope not because I want in on that government contract. Set for life. Billions spent on ensuring one of the safest locations on the planet remains that way.

People die every day. Almost 7000 per day in the US alone. But some of those deaths are more useful than others I guess. Especially when you are trying to sell something. 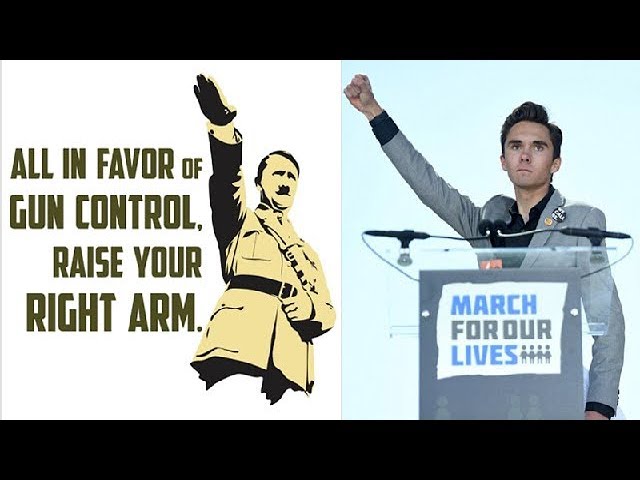 posted on Mar, 26 2018 @ 11:04 AM
link
Well that one way to teach children how to behave. But, if the parents did a good job at home, guards wouldn't be necessary. The Liberals won in the 90's and little Jonny didn't have to be punished, now we have a mess.

People die every day. Almost 7000 per day in the US alone. But some of those deaths are more useful than others I guess. Especially when you are trying to sell something.

Exactly. We should take a look at those that stand to profit from arming teachers or installing better security systems at the schools.

It appears both sides are trying to use this issue as a tool of leverage.

I'm just a lowly bucket of rocks salesman. Business has had an uptick as of late.

Fridel also argued that the push to increase school security may be misguided in light of the data, noting that measures like installing metal detectors and hiring armed guards have been shown to have adverse effects on students.


Thats exactly what they want. The authorities know its impossible to prevent mayhem from happening, but use it as the excuse to justify militarization of police, schools, venues, anywhere people gather. Better to indoctrinate kids as young as possible so they will be brought up to be more compliant.

Yeah except Nazis did no such thing.
www.politifact.com...

Yeah except Nazis did no such thing.
www.politifact.com...

That is correct and the image above is nothing more than propaganda perpetuated at the ignorant.
edit on 26-3-2018 by introvert because: (no reason given)