Anyways, just discovered this now and got on reddit and backread the whole thing. Although I came to the conclusion that it's definitely some sort of LARP or prank that this guy Ty cooked up and it blew up so much that he got pressured and deactivated his account, I enjoyed it all very much since I miss this part of the internet. I consider it a welcome break from all the political mudslinging and negative news that's happening lately.

But just the same I would like to point out something.

If you think about it, strictly speaking, the voicemail is the ONLY clue that should be the focus here. Since the Indonesian threat is a dead end and all the other tweets that are supposedly clues came after the voicemail was shared. I've already seen the reddit threads and most have been completely hijacked by theories coming from clues by other tweets and not from Ty's original one.

I say just concentrate on the voicemail. Plus I also believe the numbers are not that simple. It's not coordinates. I particularly find it interesting that zero bookends the entire thing.

It's a great game to pass the time by. But I wouldn't count on it holding any water though.

Just the same...here's the coords if you look for it on the moon. They said not human right? 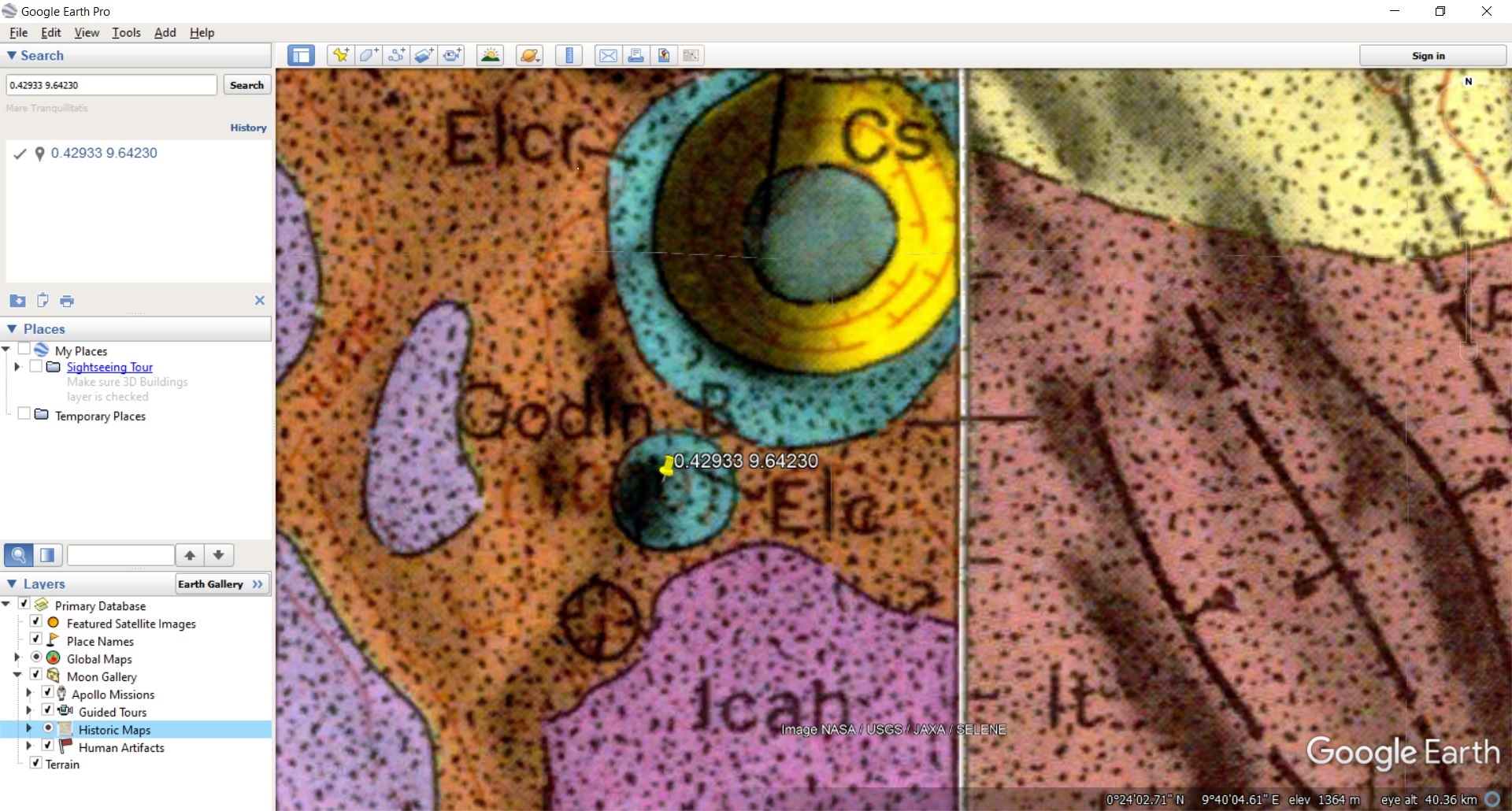 “A fool will believe anything.”—PROVERBS 14:15, TODAY’S ENGLISH VERSION.
...
Some people today are like sponges; they soak up whatever they come across. It is all too easy to absorb whatever is around us.

But it is far better for each individual personally to choose what he will feed his mind. It is said that we are what we eat, and this can apply to food for both the body and the mind.
...
Discernment enables you to discard irrelevant or misleading information

Source: article in my signature
edit on 23-3-2018 by whereislogic because: (no reason given)


originally posted by: IgnoranceIsntBlisss
a reply to: Hazardous1408

Its the location of this bizarro radio broadcast:

Have you heard the other video on this? It sounds more like "Trump April 26th" instead of "Trump will go 26th" and what is really creepy is when they play it backwards it says "Head wound for that mark"

There's literally nothing creepy about that at all. Everything, when played backwards, sounds like something. Your brain MAKES it sound like something. Maybe research peridolia instead of saying embarrassing things like this in the future.

Link #1 is bad. Link #2,3 say the page doesn't exist.
Link 4 they don't know where Malaysia 340 went down so that makes no sense and the black box was only powered for about three months so where ever that is it's dead now.
And then 5 says it doesn't exist
edit on 3262018 by Sillyolme because: (no reason given)

You can clearly hear the words. But if you listen closely you can also hear,

I know everyone thinks this topic is a clear cut hoax or troll. There's even a megathread on reddit if you guys wanna research on it. But I just watched a youtube video of an interview with the twitter account holder himself and he is saying that he really got the voicemails and the weird 3am visit from some stranger BUT he thinks the DMs are just trolls or bandwagoners.

1. I've been following this channel for quite some time now and although considered as entertainment, the host Shane Dawson, has a degree of credibility and doesn't just invent facts for the sake of viewership. Not unlike many channels I know.

2. I believe Ty did really receive the voicemails and that he has really no idea what they are. I also believe on what he said that he thinks the DMs that contain the Indonesian warning and the April 18 2018 code date are just trolls who would like to jump on the bandwagon.

So given all these recent developments, I believe that the April 18 2018 theory that stemmed from the DMs has hijacked the conspiracy altogether and should be ignored.

Now that leaves just the voicemail. A way to test its credibility is to now its origin. Anyone in here know how to trace a voicemail's origin? Does it have like an EXIF data like in most photos?

Obviously very fake, in one way, but not in another.
We often reflect current collective energies that we aren't aware are coming from experiences of others.
A white man for the first time in history received a gift from a black man, for example, and lets out a positive vibration, other people pick up on it and start acting nicely to black people. This was just a demonstration of what I mean.

So the fact that they said what they said, about being powerless and having beings against them, and the fact that it's intriguing and clicking in others, just shows that they are picking up on something collectively and fostering interest out of the truth it is hitting vibrationally. But yeah it's fake, but not.

Only way I am aware of to trace a voicemail is via the telco who serves the customer who received the VM. However, there are likely legal issues here, such as possibly needing a tap authorization or some kind of a court order. I don't know if this can be done after the fact though.