I hate all images of people smoking cigarettes

originally posted by: IgnoranceIsntBlisss
a reply to: intrepid

I am allergic to it. However, I don't care if someone smokes as long as it isn't in my space. At this point, anyone smoking under age 40 is showing signs of mental retardation. You have to be a special kind of stupid to start smoking these days. I mean, I get why older folks smoke given it being more acceptable then, but really no excuse to start now.

Women who smoke though... just signals to guys they are bedroom freaks.

posted on Jan, 2 2018 @ 09:49 AM
link
I have never smoked anything in my life, but I think we should all be cool with others exercising ther right to make their own choices.

That's an awful lot of stereotyping + microaggressions for a tolerant....

And because so many hippocrates and do-gooders minding others peoples business and harassing the tobacco industry and peoples choice, the quality of TV and movies went to hell, cigarette lighters morphed into charging ports and you can't smoke at home, in your car or in public because you can't expose children or others to second hand smoke but it's perfectly fine to advocate dope and alternate sexuality to children and others.

Alcohol, cigarettes and coffee are the only drug like chemicals you need to anesthetize you from the cesspit of society.


Women who smoke though... just signals to guys they are bedroom freaks.

posted on Jan, 2 2018 @ 09:53 AM
link
I'm a smoker and I'm also disgusted by the images and the smoking scenes on TV. I'm weak willed when it comes to smoking and it always gives me an urge to light another one when I see it even if I just smoked one. UGh a;jlsdkjf;alksjdf

You are so not alone in that disgust my friend. 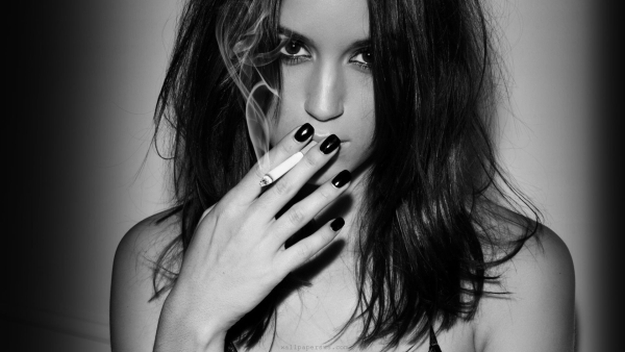 Over some SJW control freak telling me what I can and can't do. 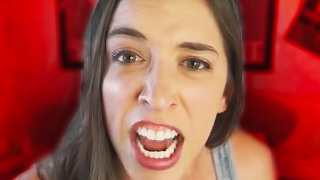 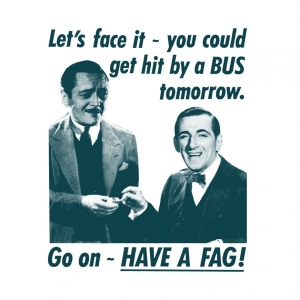 Americans get all weird coz they think it means something else.

Usually the signal I would look for was a positive response to suggestions of sitting on a face or going to frolic naked in an elevator.

Whether they smoked or not, it was never really a better sign than that.

Freaks have no shame. They need not too many signals.

I get that some people choose not to smoke but dont be so quick to judge based on a contemporary western view.

Native americans for example believe heavily in the use of tobacco in lifestyle. Chinese, Arabs....and so on.

It goes beyond a party favorite or a pastime.

For me personally it greatly aids in digestion. I am used to the relaxing feeling after meals and results in a faster and better digestion.

I guess I could meditate after meals but who the hell has time for that?

Some people smoke pot the way others smoke cigarettes. Same damage. Same retardation only its criminal mostly on top of it all. They would argue to the end of the world about the benefits.

Here is the deal. Smoking is fine but like anything else should be done with sane moderation, tempered discipline and not to excess.

Its not dumb, or rather, No one is "Smarter" for looking down on smokers. You arent ahead in a race or something, just on a different path.

Chances are I am going to be the last person to die out of a great many people.....and I smoke like I was immortal.

My lungs arent even down in capacity. I compensate in other areas for my indulgence in this one aspect.

There is no set way to being healthy. Just a general guideline founded in common sense.

originally posted by: Edumakated
At this point, anyone smoking under age 40 is showing signs of mental retardation.

If you had of said under 30, then it would've been the first time I ever actually agreed with one of your opinions.

Smoking a cigarette these days, when your not already crazy addicted to nicotine (like I am), would be like shooting up smack, then claiming, I had no idea how addictive it would be!

No one cares about your opinion.

originally posted by: testingtesting
a reply to: TerryDon79

They have fannie packs at the front! Yet they STILL get it wrong.