Hillary Clinton Says That President Obama's Presidency Made it Hard for Her To WIN.

I think there may be more to what Session's said in the den of snakes than meets the eye, but time will tell.

So you'll be posting all Hillary 2020 related stories in this one thread?

posted on Nov, 22 2017 @ 11:33 PM
link
a reply to: Zelun
That's the real message here Z. The existing system of political and economical power is failing and people realize it. The number one promise that will catch voters who still have hope in the system is change. She could not promise that and it hurt her.

originally posted by: sooth
Someone please buy this woman a mirror for Christmas.

I thought "Snow White Gate" was not allowed?


Either way does anyone else find it funny that if you or I blame Obama we're racist, but if Hillary does it, it's ok?

originally posted by: carewemust
[
Hillary didn't feel she could change enough to effect change that would be desired.


That doesn't seem right, ah, I see the issue, don't you mean 'Hillary didn't think she could charge enough to effect change that would be desired' after all the Clinton Foundation doesn't pay for itself.

I didn't want Trump to win, I also didn't want Clinton to win but I was more worried about a possible Clinton Presidency than i was about a Trump Presidency, I didn't want the world to be dragged into loads more pointless wars.

Hillary just can't take ownership of the failure to get the top job. If she did, she might regain some of her lost popularity...

Dammit, I replied to another political thread.
edit on 23/11/17 by djz3ro because: I had to fix the bb code


You only get one shot at something like this, gotta make it count. 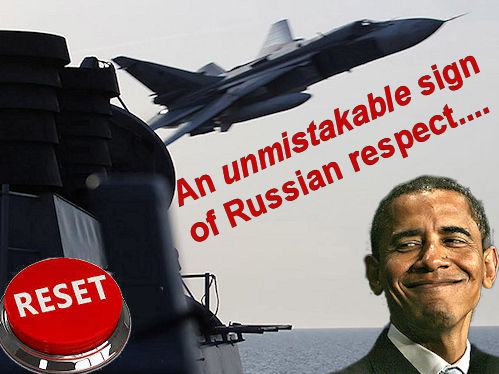 Next she'd blame space aliens, if only she hadn't campaigned on them (she actually really did lol).

Why won't she just stop talking?


Now to get going and roast a turkey for a bunch of people. My family is split on the whole Hillary/Donald issue, so let’s hope we don’t talk politics today!


She must still be waiting for her trophy, for second place.

originally posted by: carewemust
Is Hillary saying that the Barack Obama Presidency made her job of WINNING in 2016 difficult because...

The quotation implies the first, surely.
"Agenda for change" demands bad things that need to be changed, which can be criticised. Her complaint is that Obama wasn't leaving her enough bad things to get her teeth into. Or perhaps, more simply, that it is bad form to criticise a President of your own party, which inhibited her from using that political tool.

Harold Wilson won a second election on the slogan "You KNOW Labour government works". I can't remember whether "Don't let [the other side] spoil it!" was his or Maggie's.
Is it so difficult in America to campaign on the basis of "Let's keep the good things we've got", or is it just a specifically left-wing problem?
edit on 23-11-2017 by DISRAELI because: (no reason given)

posted on Nov, 23 2017 @ 07:49 AM
link
Funny how people mock Hillary because of her age yet hope that an obese 70 year old senior citizen with a fake health record will be president for 8 years.

Most of the people who I know voted Trump did it cause it was ANYONE but Hillary. Nobody was in support of giving her the keys to the kingdom after all the BS, lying about being shot at, the looting spree known as the Clinton Foundation or about a thousand other things.

She lost based on her proven track record in politics.

After deep reflection, Hillary wishes that Obama was not the President she was attempting to succeed.

Hillary Clinton said in a new interview that her inability to run on an "agenda of change," coming off of President Barack Obama's two terms, was a significant problem for her 2016 campaign.

"It is true that when you run to succeed a two-term president of your own party, you have a historical headwind blowing against you," Clinton told radio host Hugh Hewitt. "It’s not just this campaign can be set apart from everything that’s ever happened in our politics. It is a challenge."

Is Hillary saying that the Barack Obama Presidency made her job of WINNING in 2016 difficult because...

This could be Hillary saying that she feels more confident about her success, running against President Trump in 2020. 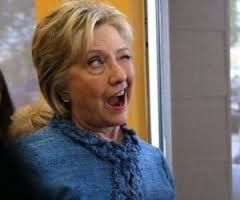 originally posted by: ErrorErrorError
Funny how people mock Hillary because of her age yet hope that an obese 70 year old senior citizen with a fake health record will be president for 8 years.

At least you got one thing right about Trump.
He will be President for 8 years.