originally posted by: intrptr
a reply to: pikestaff

What a huge sword pommel, in relation to the length of the sword.


All the better to stove your helmet in.

I imagine they knew that armored adversaries were likely to ruin their bronze blades so used the pommel instead, whenever possible.

Also looks like they carried a club as well.

Edit to Add: Or is that a shealth for the sword? If Shealth why the bulb at the end? If club, why does it look hollow?


If you mean the long object on the ground , its probably the sheath for the sword. Or a quiver for arrows? But I don't see a bow in the picture. It is lying on the ground near the sword of the vanquished person.

The man with the sword also has a similar looking 'scabbard' on his belt.

I imagine the single image tells a tale holding all the story elements in one frame, as it were.

If you ask me, the soldier about to kill the other one with the lance was defending the wounded soldier on the ground.

you are correct that isd a scaboard for the sword and it is in the Minoan style, as is the artwork itself.
One thing not brought up in this latest incarnation of the story, is that the Griffin warrior tomb has shown us, without a doubt, that Mycenaen culture was a derivative of Minoan culture.

Most likely a fine-bladed stylus was used for much of the carving (or a range of them), then polishing could have been done with powder from a hard material like those mentioned above.

For example, the Ancient Egyptians used sapphire-tipped drills to drill out the insides of sarcophagae, and also had very hard stylus tools for carving extremely fine lines and details into reasonably hard materials.

As for being able to see such fine details as shown in the OP, some people simply have far better than average visual acuity. Again (and as Byrd has also pointed out), examples of very fine and detailed work are known that pre-date this particular master's work by centuries or even millennia.

Wow. That gold necklace is amazing. I wish had 1/2 the talent that some of the ancient artisans had.


yes I have read the paper, I believe i have a copy.
The genetics confirm what the physical archeology alluded to with the excavation of the tomb, that Mycenaen greek culture was an extension of Minoan culture.
They spoke related languages that were likely mutual intellageble, and the sophisticated and metropolitan Minoans dazzled the herdsman mainland Mycenaens, and they became a client state, subjugated with benefits, so to speak. 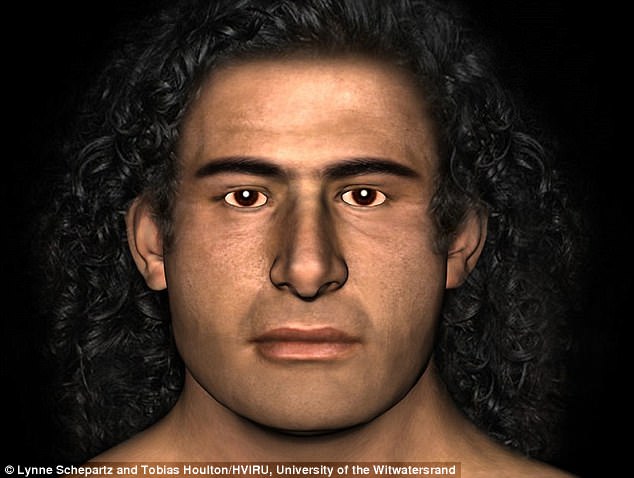 the necklace found in the tomb 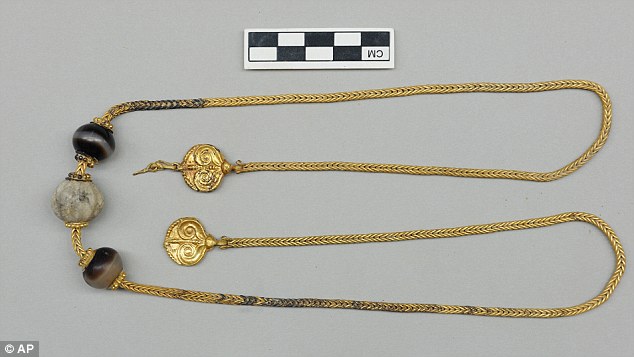 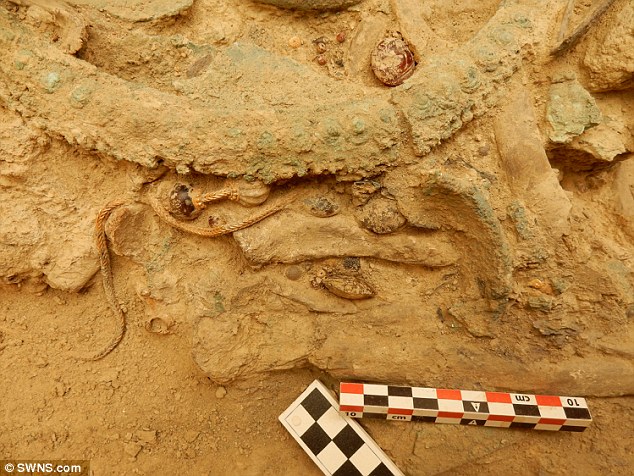 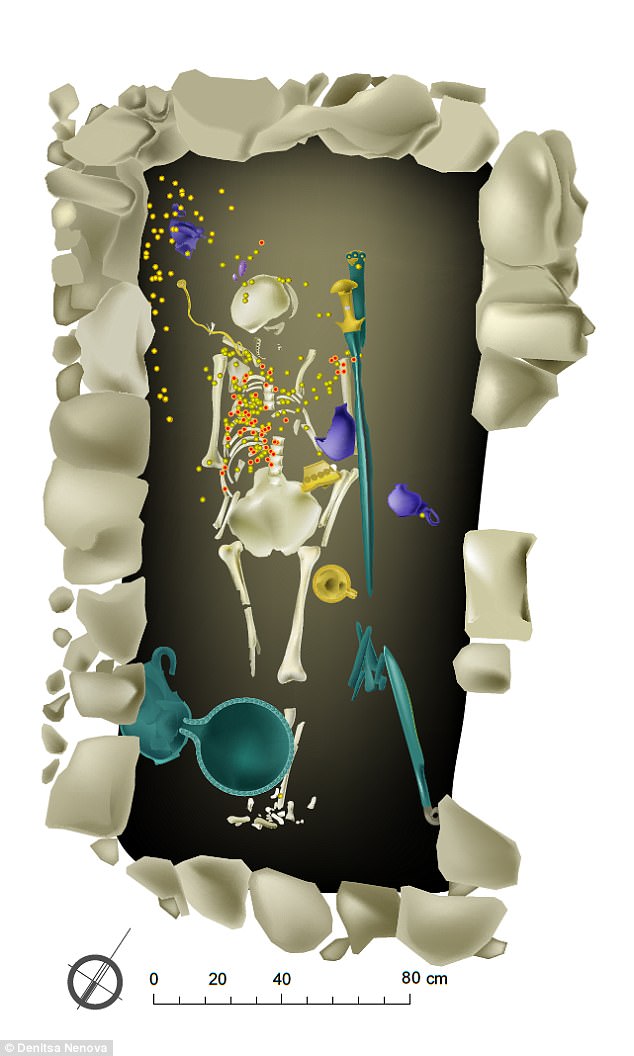 The swords are spoils of victory, the blade by the warriors leg is Celtic 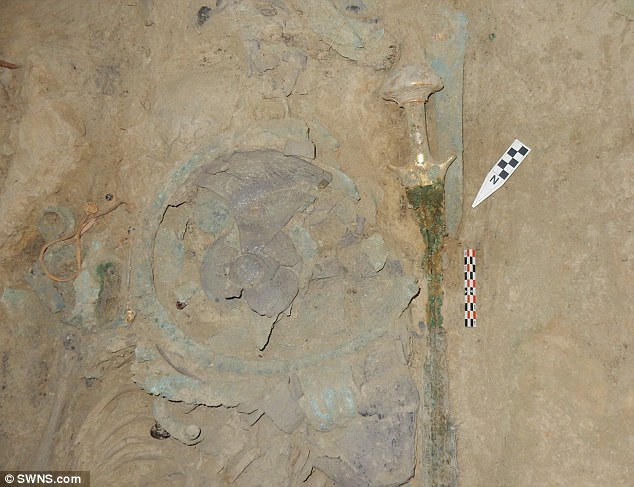 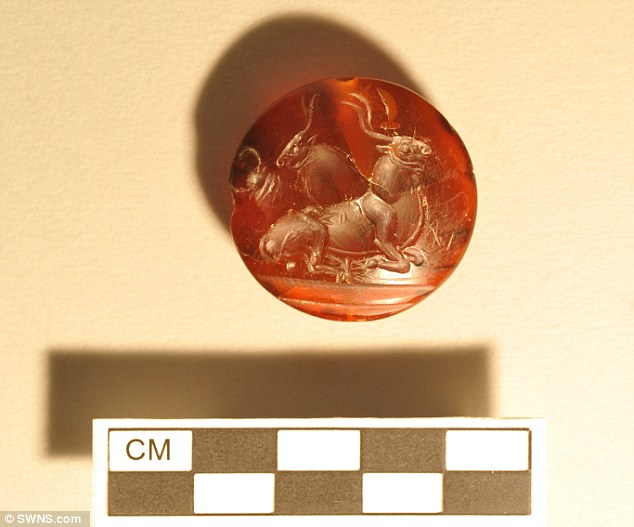 Ireland/scotland were last refuges for celtic people, during this period. At the point in time the Griffin warrior was buried, nearly all of central Europe was "celtic", or gaulic if using roman terminology.

The Minoans also had a heavy presence in britain, and might have been responsible for bringing the bronze age proper to england from Ireland, via celtic Iberian metal workers and miners. They also traded with the scandanavians and likely brought sail technlogy to them.

I dont know enough about the process to disagree.

Obsidian was just a guess, shot in the dark really.

Obviously, though they used the materials and tools available to them.

Holy crap this is huge! I mean tiny. I mean huge, I mean forget it I'm just posting to keep up to date cheers

originally posted by: 0bserver1
a reply to: rickymouse

I don't know. I had some bad luck with using chemicals, but I did not know how it was supposed to be done at the time.

originally posted by: intrptr
Sorry if anyone has suggested it already, my guess is the craftsman had a rudimentary magnifying glass, carved from a piece of clear crystal. After all he was a skilled artist, wasn't he?

Since we know rock crystal existed, since we know he also carved in gem stone, it would only take a tiny field of view thru a bit of carved stone to facilitate just enough magnification for the artisan to work on such a tiny figure.

People are saying the 'size of a thumb', are there any images that include a familiar object to compare scale?

you know what my Hunch is ?

The Gem is Transparent Right ?

and I think that is the Purpose of the Carved Gem.. was..

that was Probably a necklace! ( correction : it was on the Wrist )

Would anyone here Agree that may be the Purpose .. .

the Jewel causing a magnification on a wall..

Wonder if they tried that ?

and i inverted them and sharpen a few 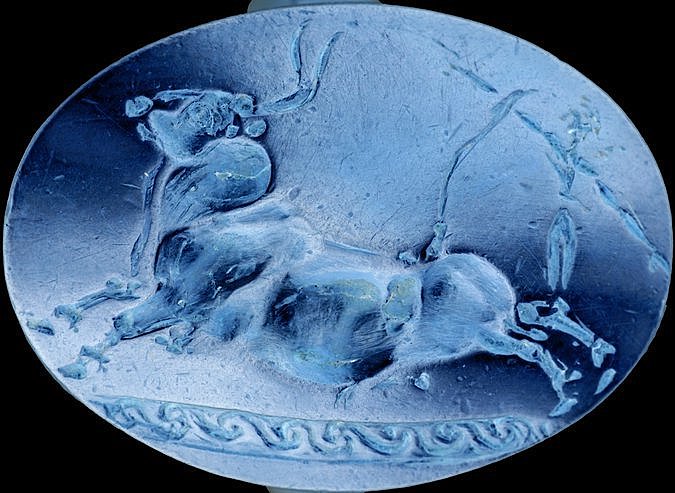 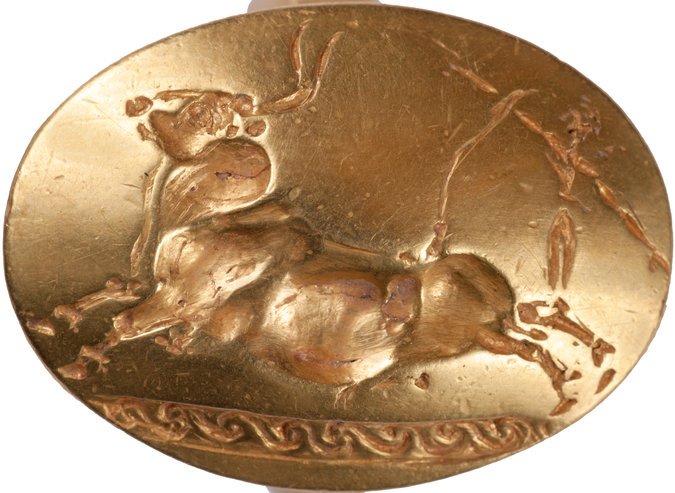 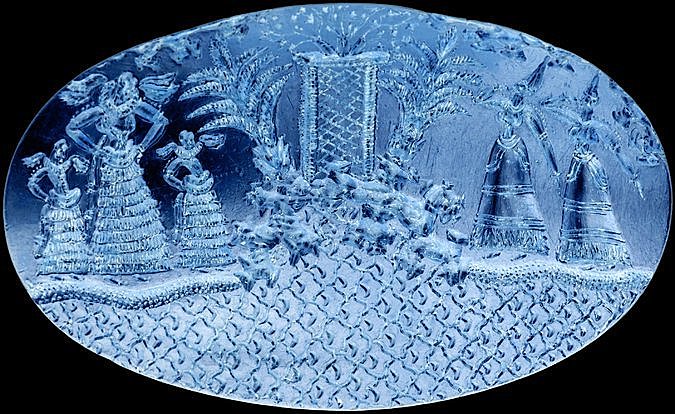 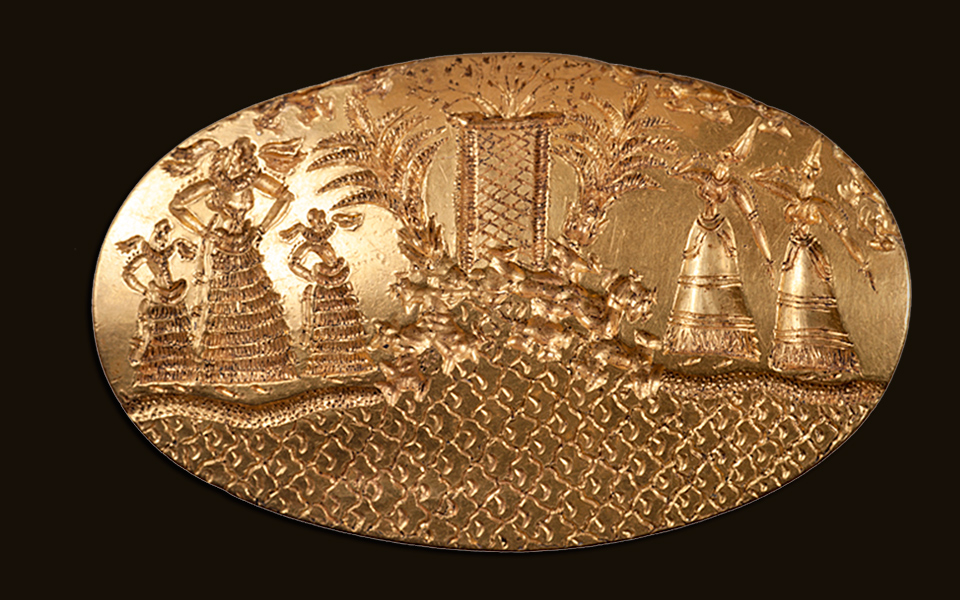 Just wow! Grayed it for Detail and sharpen 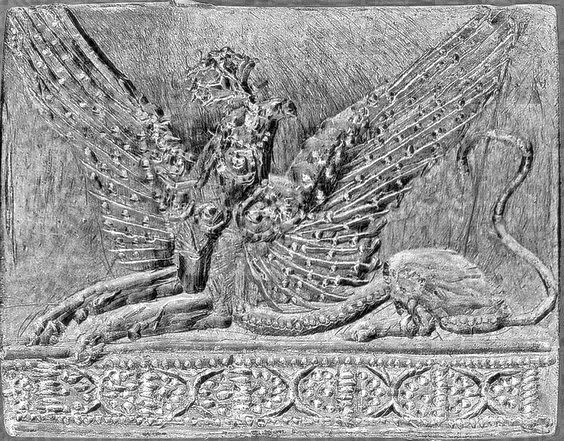 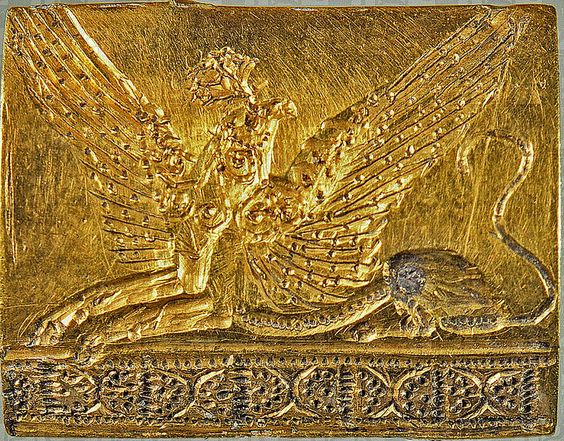 Its pretty cool, but a bit over dramatized, the Greeks especially of that time were very fond of dramatizing things, they were also very paranoid, and prone to delusions, a vast majority of them thought invisible magic people in the sky and on a mountain were watching them and everything they did. Off course nobody gave a # most especially the invisible sky people, but hey they actually believed that.

The only weird thing about that little artistic depiction is I cant tell if that guy getting stabbed is holding a shield, or if that is his cloak or something. Either way if its a shield, he's doing it wrong, and the guy that is dead or laying down by his feet.

That's a no no, to much dramatization, even if you hit a vital spot, still takes a few minutes at most to go out, and not all were prone to shock, trying to step over them, to stab another guy in the neck, now is a sure fire way to get your leg chopped off, there's even a sword just laying right there next to him. Now how convenient is that?

As far as artwork goes, I suppose its pretty good. But I would not take it of actual factual history.


I was thinking earlier it told a story of one mans experience.


Like a slide projector? You would need a contained, focused beam backlighting the agate, shining thru a lens in the focal plane like a projector to get the image on the wall.

Since the agate is thicker than a slide and less transparent, I don't think it would work. I don't know if anyone has tried it with modern lamps. It might certainly work up close to a white 'screen', maybe thats how the artist magnified the carving while working on it. But I'm going wth a rock crystal magnifying lens for now.

Good idea, anyway. Really cool images you bought of other 'works' that are also intricate, revealing the artist did other work for the same person.

AHAH! I think I found a possible solution to how the artist could work in such small detail. According to this...

The earliest known lenses were made from polished crystal, often quartz, and have been dated as early as 750 BC for Assyrian lenses such as the Nimrud / Layard lens. There are many similar lenses from ancient Egypt, Greece and Babylon. The ancient Romans and Greeks filled glass spheres with water to make lenses.