page: 1
21
<<   2  3  4 >>
log in
join
share:
humanoidlord
+3 more
posted on Nov, 4 2017 @ 02:06 PM
link
INRODUCTION
encounters by military personel are usually worshiped due to their reliability
however this case right from my nation, brazil, may take the cake as the weirdest one
REPORT
In May 1969, an off-duty Brazilian soldier encountered silver-suited humanoids, bearded cave-dwarves, and a Christ-like apparition - all during the course of a single abduction event.

Antonio Da Silva was fishing a lagoon near Belo Horizonte when he sensed someone creeping up behind him. Suddenly, an intense beam of light blasted his legs and paralysed them.

Two 4-ft-high humanoids wearing silver suits and helmets appeared and seized him. They dragged him into a 9 ft tall cylindrical craft and forced a helmet over his head. The interior of the craft was brightly illuminated with no apparent source of light. After an "interminable" journey, he was blindfolded and frog-marched off the craft.
When the blindfold was removed, Da Silva found himself inside a stone chamber face-to-face with a stocky dwarf, who was staring at him "with apparent satisfaction".

"His long tresses, reddish and wavy, fell down behind past his shoulders to the waist. His beard was long and thick and came down to his stomach. His skin was light-coloured, very pale. His eyes were round, larger than is the norm with us, and of a green shade."

The brightly-lit cavern was decorated with paintings of animals, landscapes and vehicles. Four motionless human bodies were lying on a low stone shelf, and Da Silva wondered if they had been killed by his captors.
A dozen more dwarves, identical to the first, entered the chamber and clustered around the bewildered soldier. They made him drink some green liquid from a pyramid-shaped stone chalice. Then they searched his pockets and helped themselves to his identity card, some fishhooks and a single banknote.

Using a mixture of sign language and drawings, the dwarf leader asked Da Silva if he was willing to be "their guide among men". The soldier demurred and nervously fingered his rosary, praying for divine intervention. The leader angrily snatched the rosary away and threw it to the floor, where the other dwarves noisily squabbled over the scattered beads.

A robed and barefoot Christ-like figure then appeared and spoke to Da Silva in his native Portuguese. The dwarves seemed unaware of the figure's presence. The apparition made a mysterious revelation concerning "the future of humanity" (which Da Silva refused to disclose) then vanished.
The dwarves blindfolded their prisoner again and took him back to Earth. Da Silva found himself stranded outside Vitoria, 200 miles away from where he had been abducted. He was astonished to discover that four days had passed during his absence.
source :the-cosmic-jokers.000webhostapp.com...
(sorry an error happened and i could not quote the article)
edit on 4-11-2017 by humanoidlord because: (no reason given)

posted on Nov, 4 2017 @ 02:11 PM
link
COMMENTS BY HUMANOIDLORD
what do we makes of this bizzare encounters?
its has everthing: aliens suited like astronauts, tolkiensque dwarves, an artificial cave and jesus christ of all things
the most bizzare thing however, is that it first appeared in portuguese ufological newsletters not on newspapers or anywhere that would make the witness famous
anyway if this encounter is real, then it means we are dealing with something that is clearly not alien

I noted the "green hue" of the eyes. Funny how the colour green seem to crop up in a lot of these high strangeness encounters, don't you think? Green fog, green figures, green children and so on...

On saying that I don't think "the Cosmic Jokers" is probably the most reliable source, I think the clue is in the name.

So he reveals about the getting robbed and abducted by dwarfs but WONT say # about what Jesus told him ? WOW 😳


Should of had a yellow brick road to make it more believable.

hah me too
yes it is an reliable source, i have seen the man behind the site in another forum and like me, he just seems to like to collect cool reports
here is an link in portuguese of the case if you dont believe me: www.fenomenum.com.br...

Must have been a few to be gone 4 days!


I agree with what your saying , I'm open minded but my brain just can't compute that into reality.

TBH it would be great if true 👍

I always love your threads and look forward to them.

I would think if he wanted to lie and make up a cool story it would probably be more believable than this abduction. I believe he at least thought this happened. And maybe it did happen.

The truth often is stranger than fiction. S&F

posted on Nov, 4 2017 @ 04:04 PM
link
over the past many decades, Brazil has had some very interesting and high profile ufo/alien encounters. Seen several over the years on various ufo related shows.

I read this story many years ago in a book I bought from
Inner Light Publications.I don't think this happened but
it is an interesting story.I do feel that we humans have
more to fear under our feet than from the sky.

posted on Nov, 4 2017 @ 05:10 PM
link
Now that is a fantastic story I havent come across before! Sure would like to hear the future of humanity Jesus revelation that the man wouldnt tell.

I do feel that we humans have
more to fear under our feet than from the sky.

Can you elaborate on that a bit? Just curious 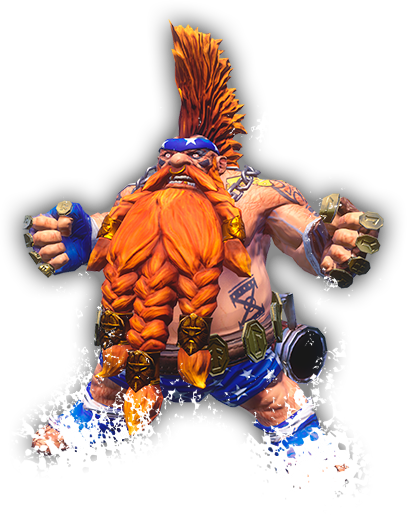