Did /do all the fallen Angels get along?

posted on Oct, 28 2017 @ 12:52 PM
link
You can of course flip the script when dealing with creative writing / postmodernism type stuff.

The deity we label God is actually a slavemaster who created a hybrid primate race to work as just a slave race. the fallen angels eventually took affinity towards these hybrids and wanted their freedom. The master then made those "angels" outcast because of the rebellion they sewed in the people. The angels gave the slave race knowledge and tools to free themselves from the Godhead and the imperial angellic forces and won their freedom, but the propaganda already set in that the liberators were actually evil because of these acts.

Meh...that seems like a more interesting story imo...could make a few neat books on it (most likely already done)

originally posted by: gortex
a reply to: Ophiuchus 13

Wrong forum , fallen Angels belong in a religion forum not Aliens and UFOs.
Angels are a creation of man Aliens a creation of the Universe they are two completely different things.


That is totally false and borders on very uninformed, to say politely.

Angels were not invented by man, and they don't come from earth. And the "universe" is not sentient. Fallen angels are alien because they didn't originate on the earth. But you already don't believe or want to believe, or even understand any of this because to be able to declare it is all man made religion gives a temporary excuse to just rubbish it away for personal reasons. You already make your choices, but your choices cannot be made to be everyone else's choices just because you wish them to be. People try to do this all the time as if their is more personal comfort attached to social group beliefs. Safety in numbers so to speak. In the end there is no such thing.

It is easy to think that way when you have no actual contact or experience with angels or fallen angels. Without experience with these real creatures, people will claim it is all man made conceptions or creations. They claim this without actually knowing. Those who have experienced angels or demons will know otherwise. No one from either group can prove anything to the other, thus the big split.
edit on 28-10-2017 by NoCorruptionAllowed because: (no reason given)

We could for Alien visitation but given the numbers of stars and galaxies out there Aliens exist on other floating rocks throughout the universe , of that there can be no doubt.

There is life out there since we have proof that life just happens when conditions are right and will come back over and over no matter what. We do know that intelligence is a part of life too as we see intelligence at many levels here on earth. What we do not know is whether intelligence at some point is a good or a bad trait that just dies out like other bad traits. Also, it is just not just intelligence as we need the physical means to build that goes with all that. The smartest creature in the universe might be a sponge, so space travel might not be in their future.

Space faring aliens traveling the galaxy or universe is the part that is a human construct just as angels are. Aliens visiting earth has about as much likelihood as angels falling to earth since they both come from that same abstract thinking we humans spend much of our thinking life in.

or maybe the "god" is a "fallen angel" on a higher level??

but, to answer the op's question, using my own brand of mythology which to be honest, has about the same merit as any other mythology that is out there really.
no, the fallen angels don't all get along.
the reason why I say that "god" might be a fallen angel on a higher level is that he seems to have installed a system of rulership on this planet which I believe falls pretty close to that of the fallen angels. Hierarchal, where unless you are a women or a child, where ever you sit on the totem pole, there will always be someone lower than you to rule, and no matter how high you sit, there will always be a risk of someone more powerful rising up to caste you down.
always ruling while always being ruled.
kind of goes against what christ said doesn't it... I mean, didn't he say something like his sheep will know his voice and only him will they listen to??? that seems to go against any Hierarchal system, doesn't it, where each person, regardless of rank, is listening to the spirit that abides in them and not obligated to obey anyone else?
so in my mythology, the angels is another form of life that was created before our own, that evolved to a level where they had a choice to relinquish their control and have enough faith to not desire to be controlled by anyone but the spirit of god that resided within him or to step outside of their creation into the abyss where they would be free to rule and be ruled as long as they desired. heck, I've often wondered if we aren't some of those fallen angels.

Voluntary celibacy. Suckered by Satan, they serve him no more than Eve did.

The "greek gods" did not all get along at all times... I've heard the greek/roman pantheon are the fallen angels.

With his sister and wife Rhea his children are Demeter, Hades, Hera, Hestia, Poseidon, and Zeus. Kronos became so angry about his children's power, and had been warned by Gaia, or mother earth, that one of his children would overthrow him. ... He ate all but Zeus because Rhea hid baby Zeus and gave Kronos a rock instead.

posted on Oct, 29 2017 @ 02:06 PM
link
NO WE DONT ALWAYS COME ALONG WITH EACHOTHERS, WE HAVE FEELINGS LIKE ENVY AND SHAME AND SUCH TOO, BUT IN GENERAL WE LAY TO SAME DIRECTION AND ENJOY SIMILAR THINGS.

posted on Oct, 29 2017 @ 02:52 PM
link
a reply to: MasterOfNonexistent
angels never write in uppercase unless they write YHWH or Yahushua or a actual name. Even words at start of sentences are lower case as well as the word 'i' as I relates to God.

Where do you trolls keep coming from. Are the earthquakes shaking your rocks or something ?

how do you know UFOs aren't fallen angels?

posted on Oct, 29 2017 @ 03:45 PM
link
a reply to: MasterOfNonexistent
You need to learn the basics of shouting in todays text Internet. 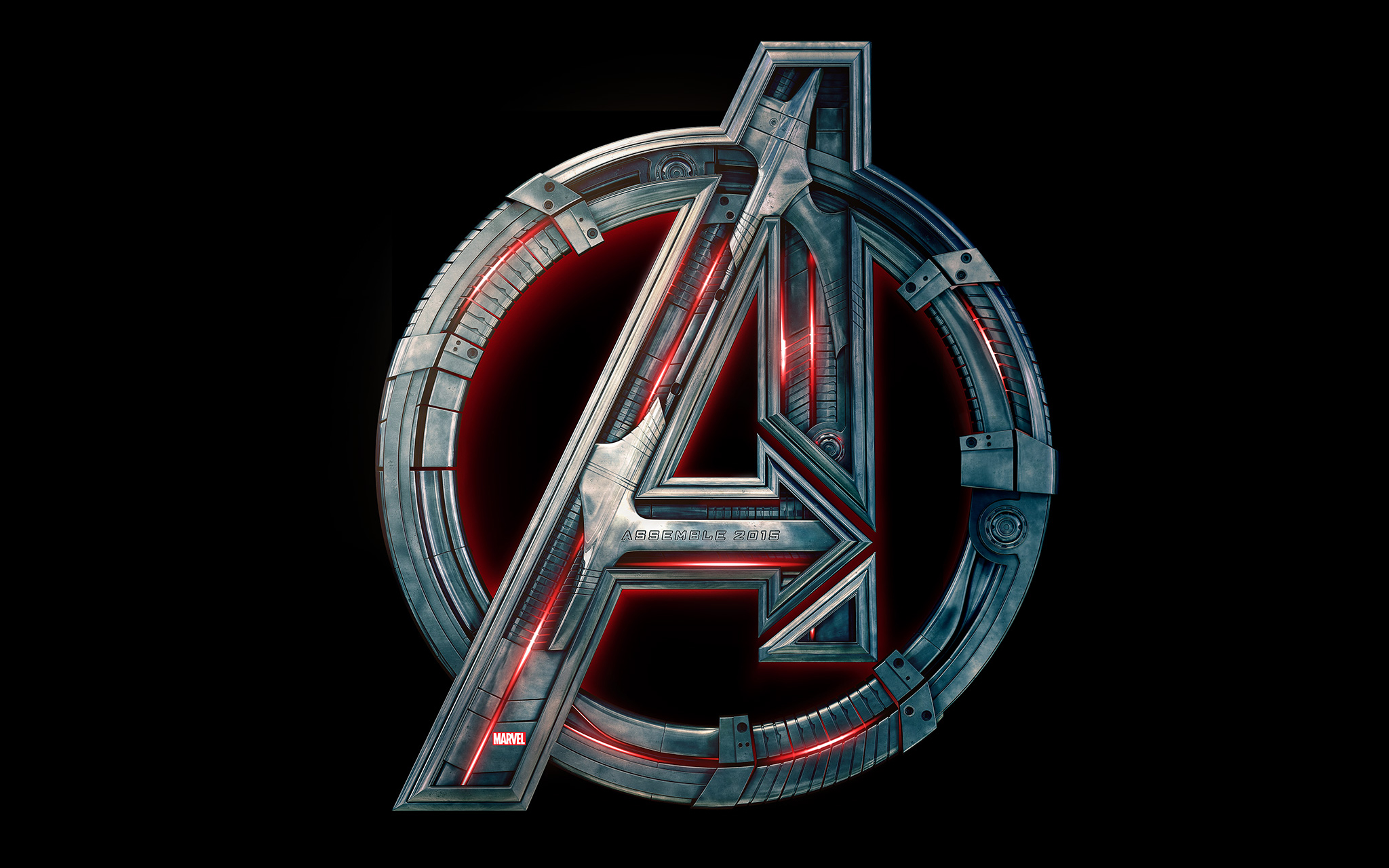 Thank you all for the input thus far

Just considering if they perceived as The FALLEN had or still in secret have issues or conflict would their minions and or Creations Alien to one another also have conflict too...


originally posted by: Ophiuchus 13
If you knew decades in advance that malevolent non humans were going to invade. Would it be wise to unlock humans full mental potentials? And build enhancement technologies decades in advance (in secret) to support?

originally posted by: SaturnsSon
a reply to: gortex

how do you know UFOs aren't fallen angels?


Reports of UFOs describe them as structured craft , why would fallen Angels need UFOs ?

Like i said UFOs, Orbs, Angels, Demons, Djinn or the virgin mary, it can be whatever you want until its been identified!!

you can call it what you want.

originally posted by: gortex
Reports of UFOs describe them as structured craft , why would fallen Angels need UFOs ?


The fallen watchers do not have wings like the seraphs do. So the watchers need technology to navigate this world fast or they walk like the rest of us; just with longer strides as they are 7ft tall.

Perhaps some of them and or their Creations are more vulnerable in areas outside of where they originate? Or in areas they may have conflict.
Good question.

Still on the fence if these are transparent or semi cloaked structures or entities made visible from the tether activities...


Notice @ the 3:00 minute mark near the top or northern most part of the tether how one of the UFO changes its size or scale when it goes beneath the tether.
For any thinking they are ice crystals...
edit on 10/30/17 by Ophiuchus 13 because: (no reason given)


LabTech & you got it closest


Cronus/Saturn which is Satan eats his 'children' i.e. other fallen angels & demons... to consume their powers-energies/souls while doing away with their distractions and intrigues against His supremacy as Demon-Supreme in the Anti-Heaven of which Earth is a suburb